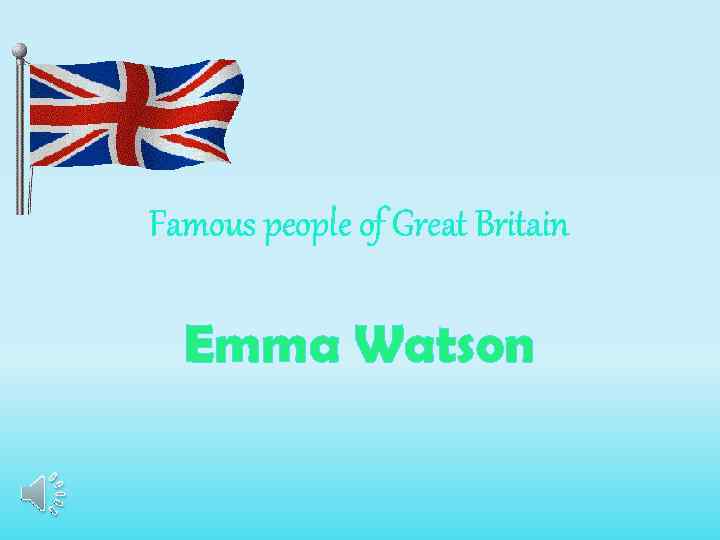 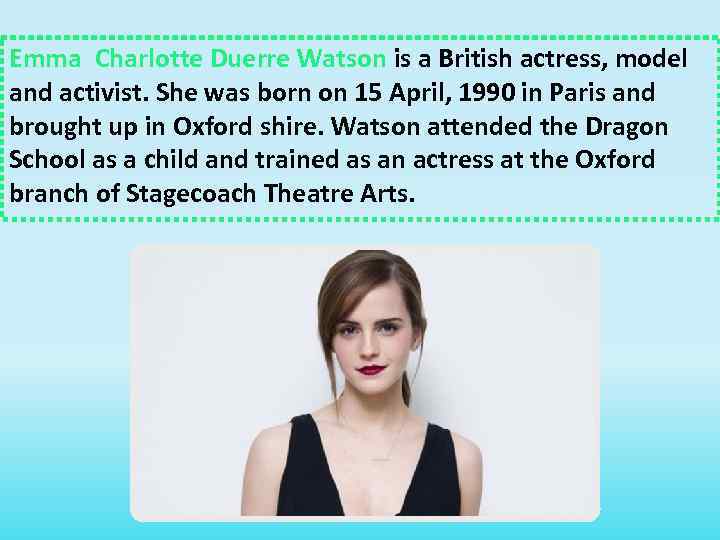 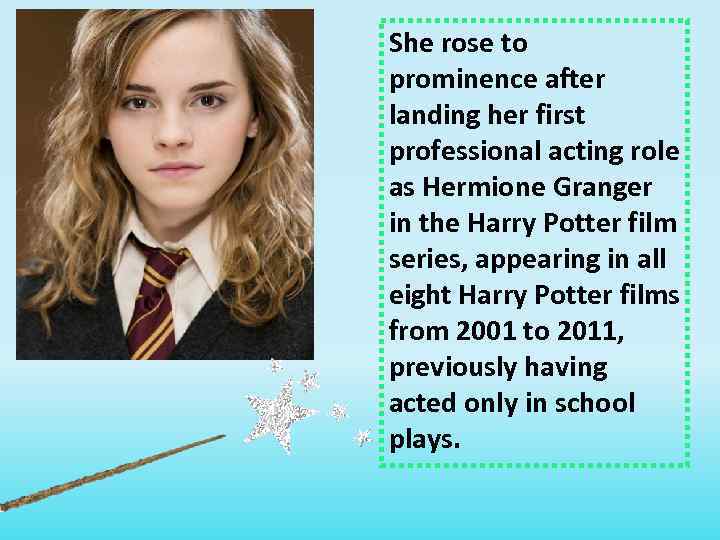 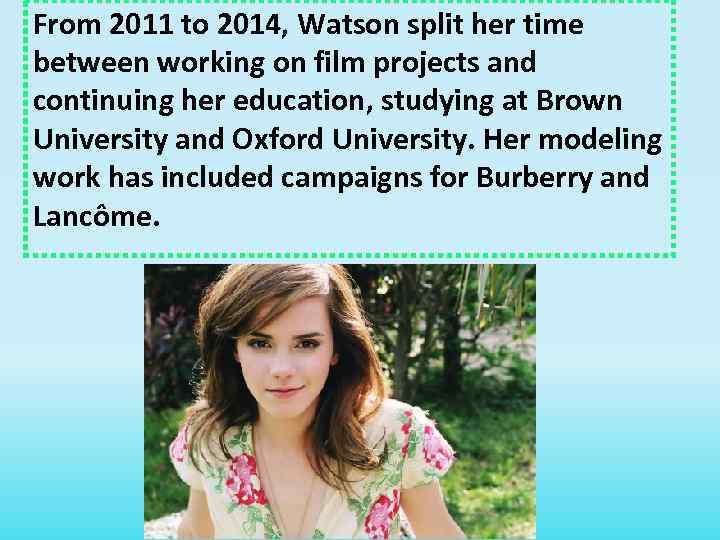 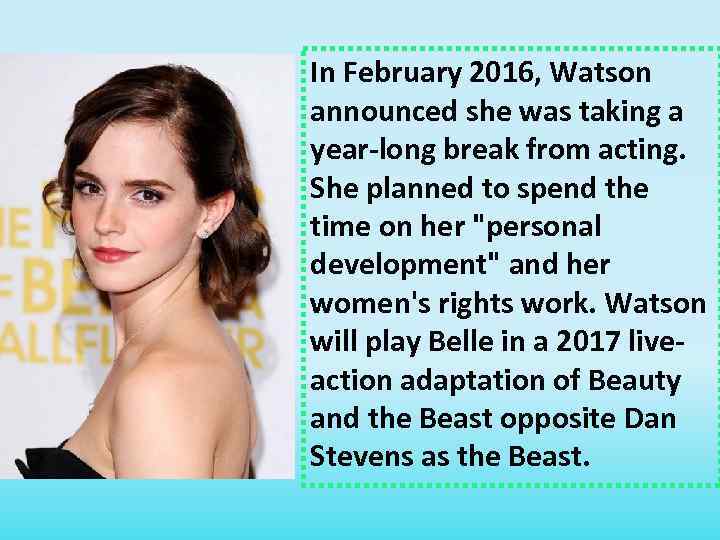 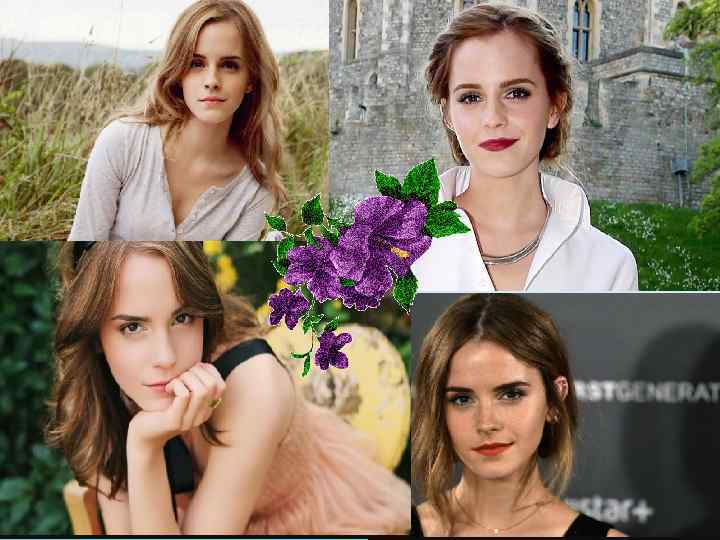 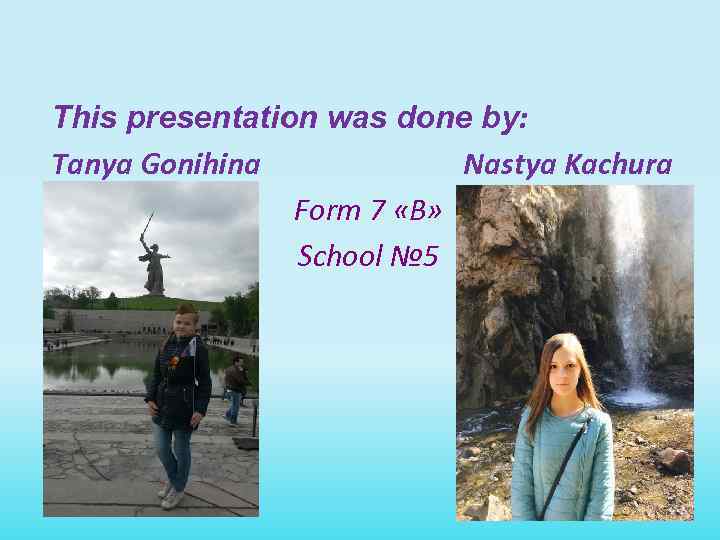 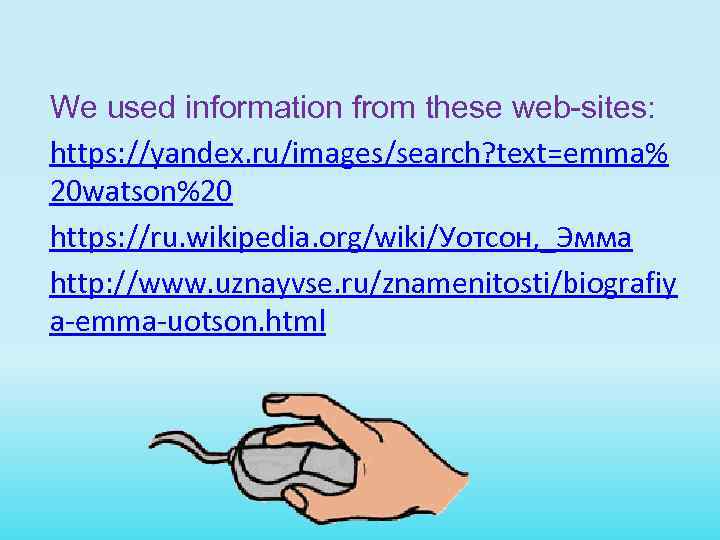 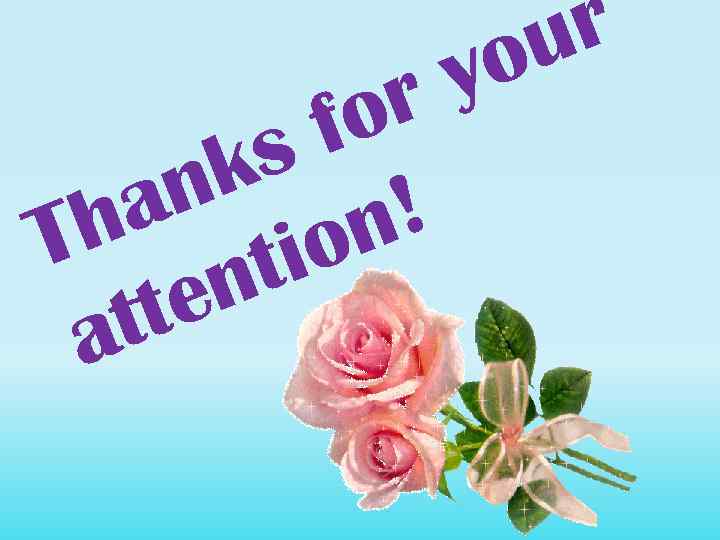 Emma Charlotte Duerre Watson is a British actress, model and activist. She was born on 15 April, 1990 in Paris and brought up in Oxford shire. Watson attended the Dragon School as a child and trained as an actress at the Oxford branch of Stagecoach Theatre Arts.

She rose to prominence after landing her first professional acting role as Hermione Granger in the Harry Potter film series, appearing in all eight Harry Potter films from 2001 to 2011, previously having acted only in school plays.

From 2011 to 2014, Watson split her time between working on film projects and continuing her education, studying at Brown University and Oxford University. Her modeling work has included campaigns for Burberry and Lancôme.

In February 2016, Watson announced she was taking a year-long break from acting. She planned to spend the time on her "personal development" and her women's rights work. Watson will play Belle in a 2017 liveaction adaptation of Beauty and the Beast opposite Dan Stevens as the Beast.

This presentation was done by: Tanya Gonihina Nastya Kachura Form 7 «B» School № 5