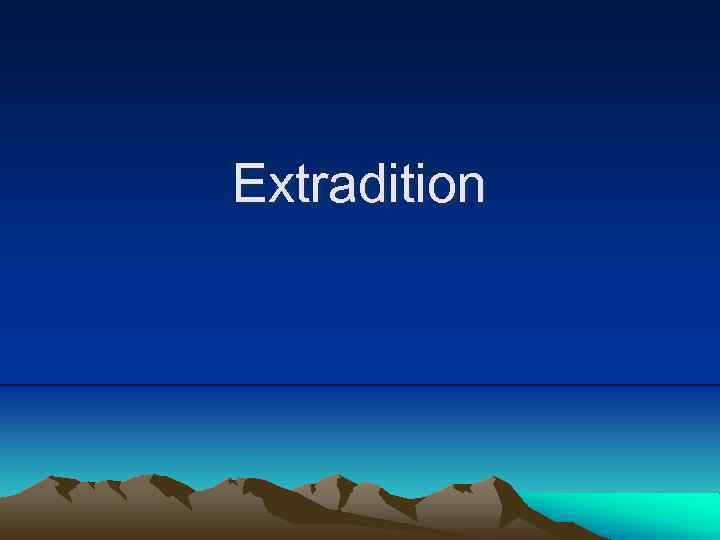 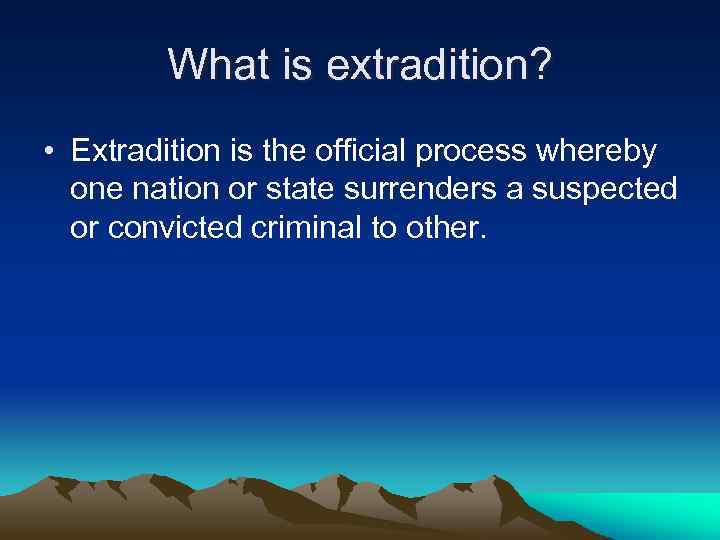 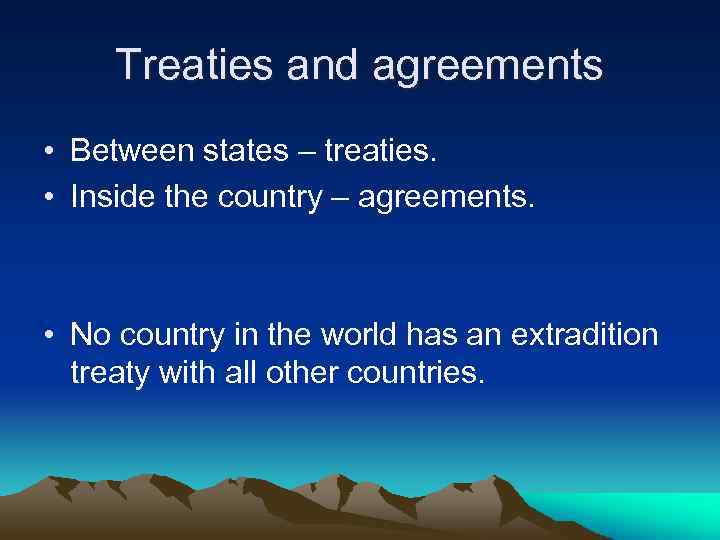 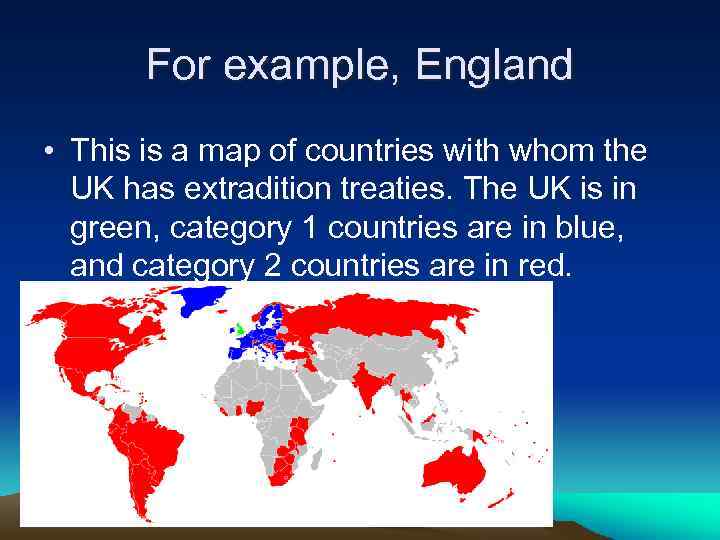 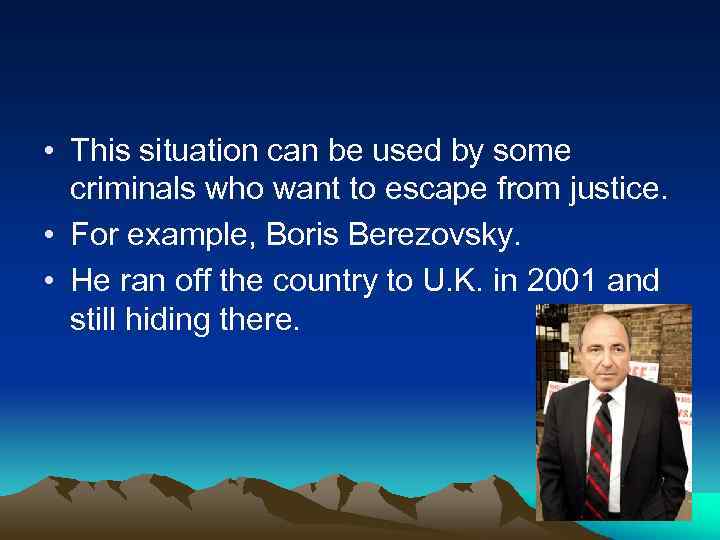 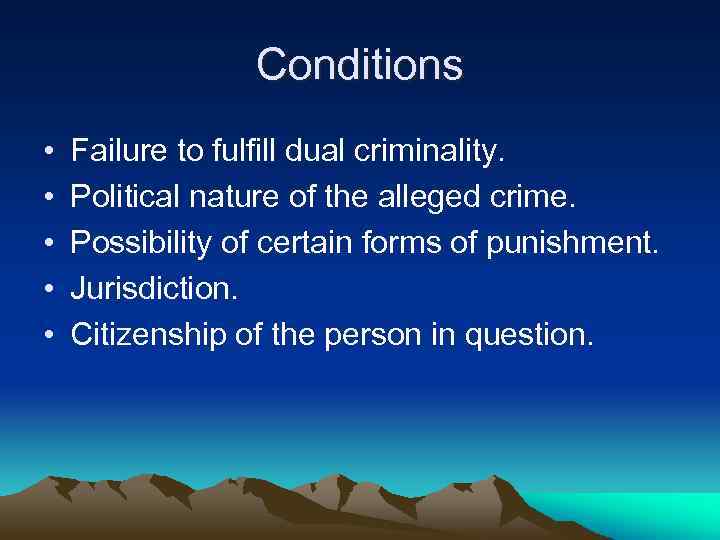 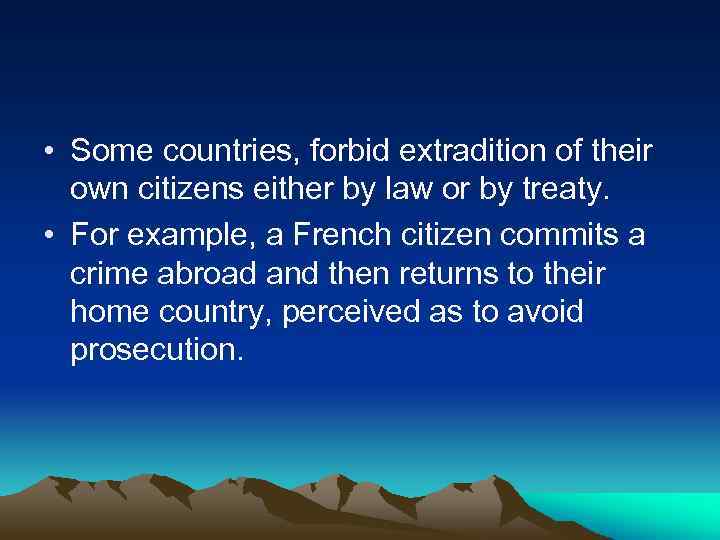 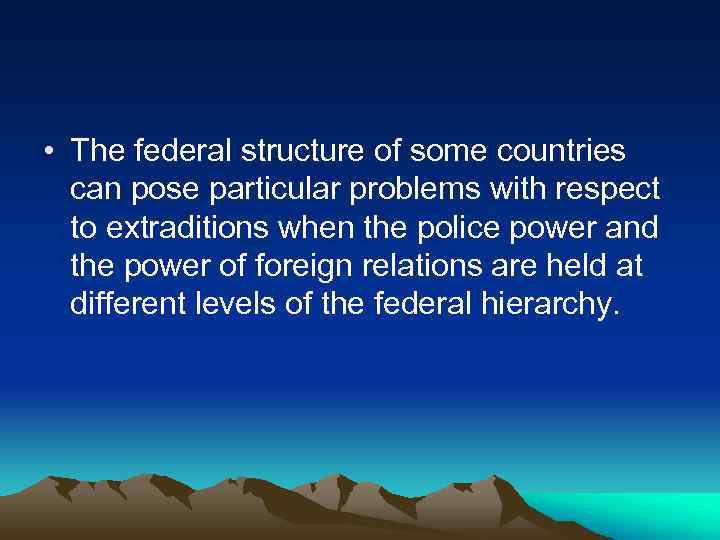 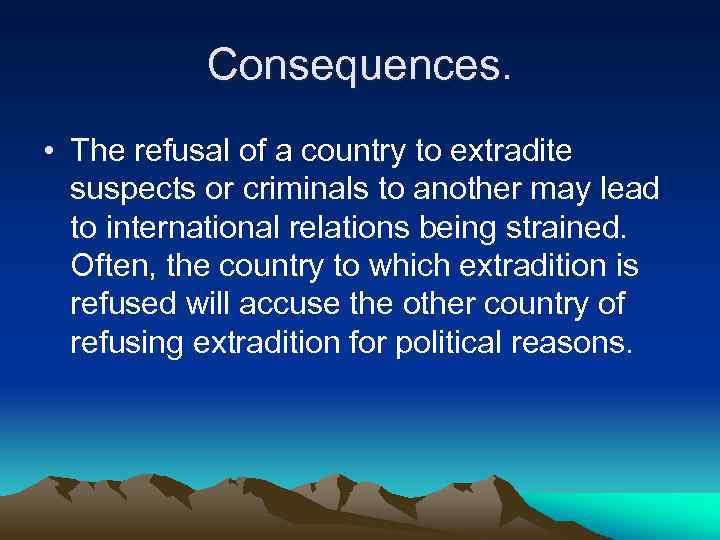 What is extradition? • Extradition is the official process whereby one nation or state surrenders a suspected or convicted criminal to other.

Treaties and agreements • Between states – treaties. • Inside the country – agreements. • No country in the world has an extradition treaty with all other countries.

• This situation can be used by some criminals who want to escape from justice. • For example, Boris Berezovsky. • He ran off the country to U. K. in 2001 and still hiding there.

Conditions • • • Failure to fulfill dual criminality. Political nature of the alleged crime. Possibility of certain forms of punishment. Jurisdiction. Citizenship of the person in question.

• Some countries, forbid extradition of their own citizens either by law or by treaty. • For example, a French citizen commits a crime abroad and then returns to their home country, perceived as to avoid prosecution.

• The federal structure of some countries can pose particular problems with respect to extraditions when the police power and the power of foreign relations are held at different levels of the federal hierarchy.

Сonsequences. • The refusal of a country to extradite suspects or criminals to another may lead to international relations being strained. Often, the country to which extradition is refused will accuse the other country of refusing extradition for political reasons.

Concept and Sources of Criminal Law The

The history of Britain and Russia relations Kharitonova

by Anastasia Makarova. Freedom of movement in the