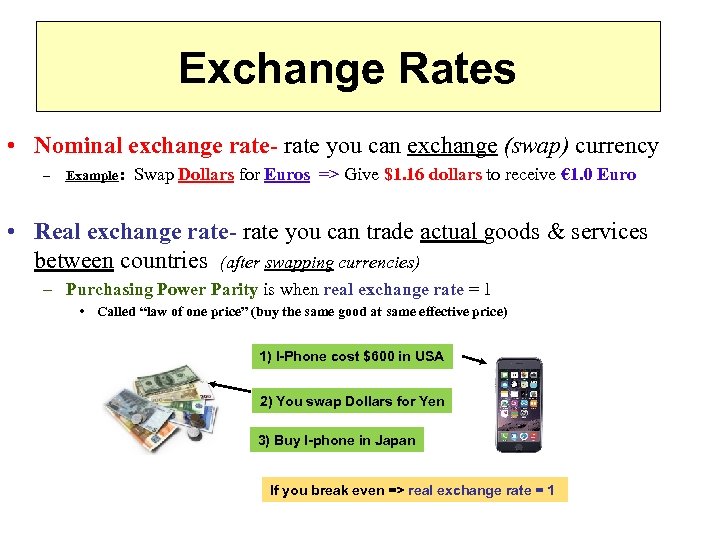 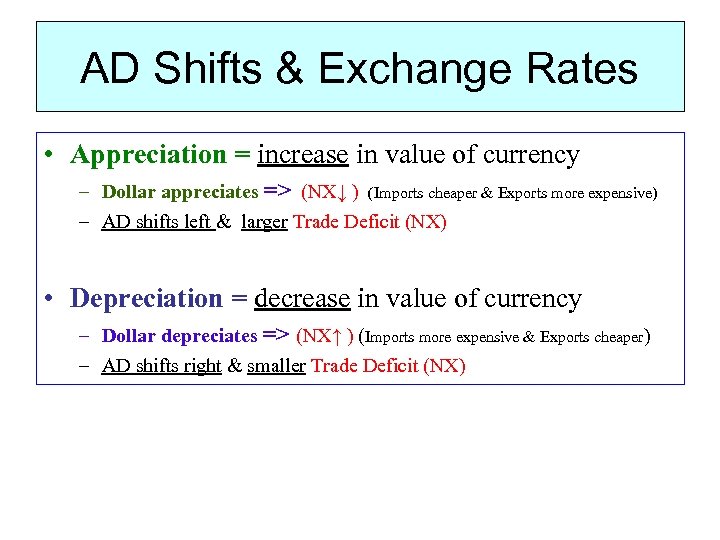 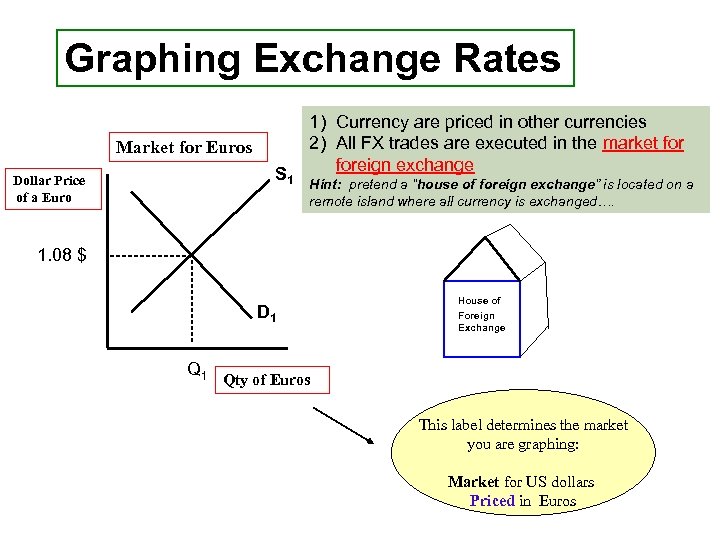 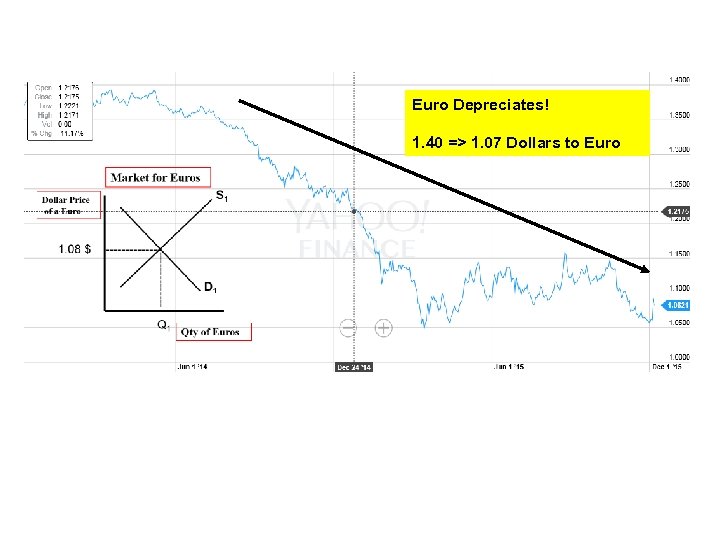 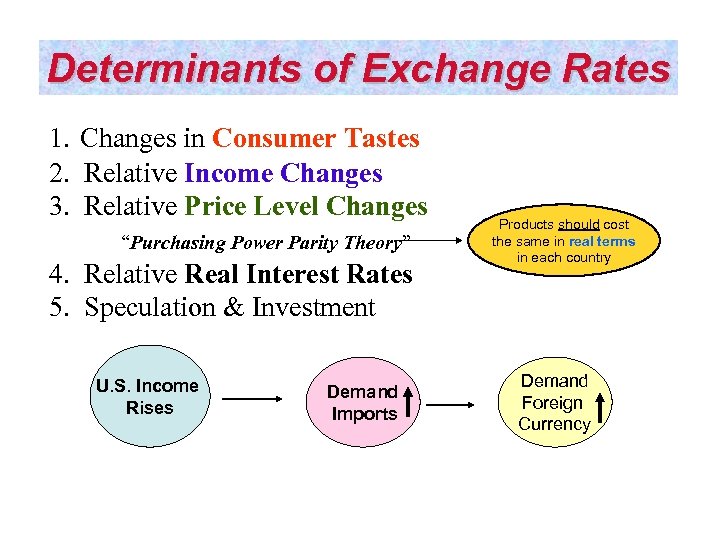 Graphing Exchange Rates Market for Euros S 1 Dollar Price of a Euro Hint: pretend a “house of foreign exchange” is located on a remote island where all currency is exchanged…. -------------- 1. 08 $ 1) Currency are priced in other currencies 2) All FX trades are executed in the market foreign exchange Q 1 D 1 House of Foreign Exchange Qty of Euros This label determines the market you are graphing: Market for US dollars Priced in Euros