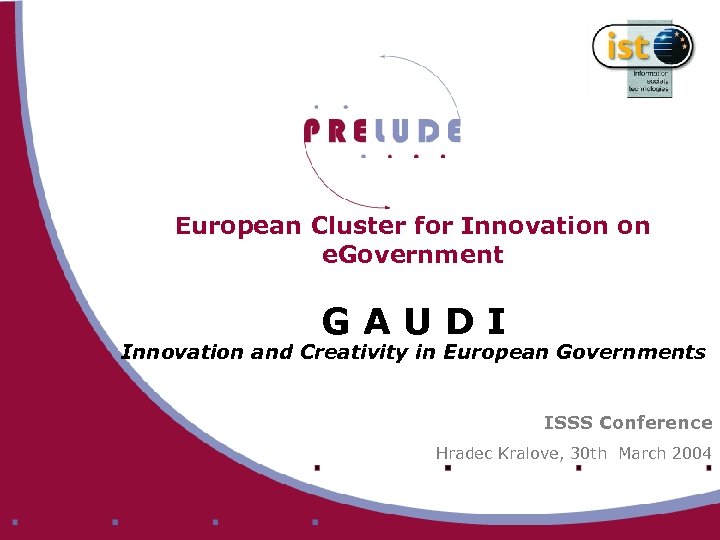 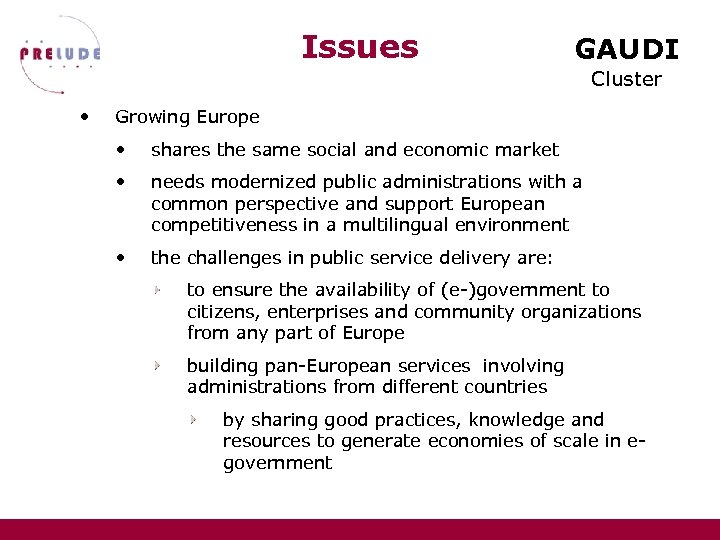 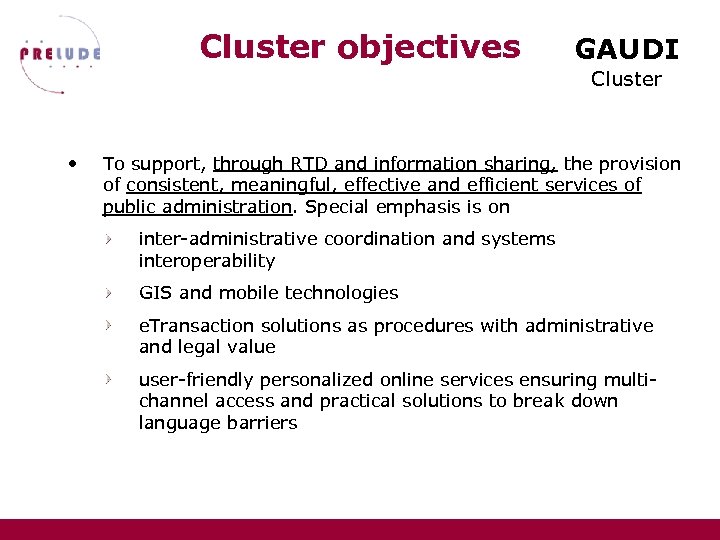 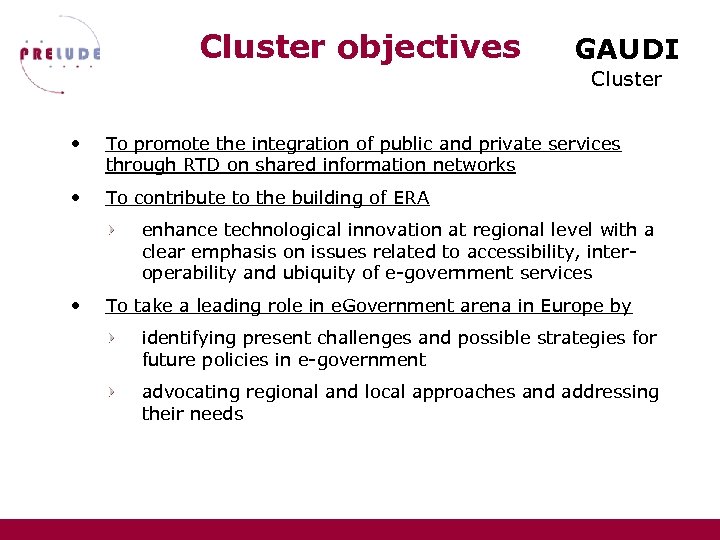 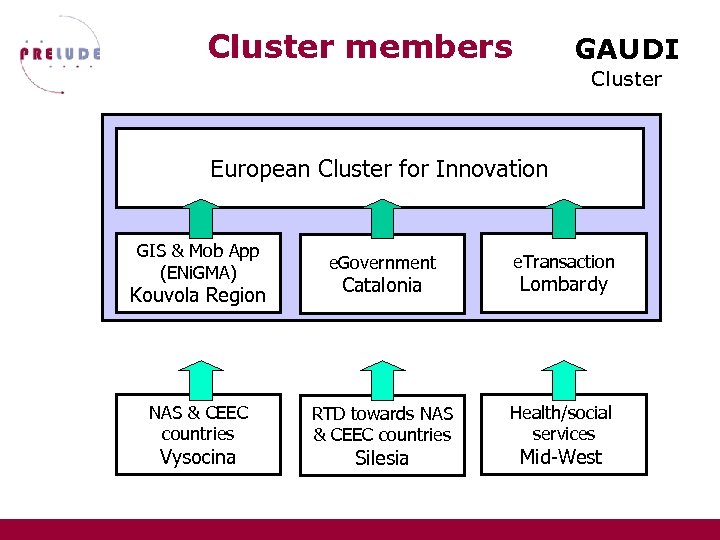 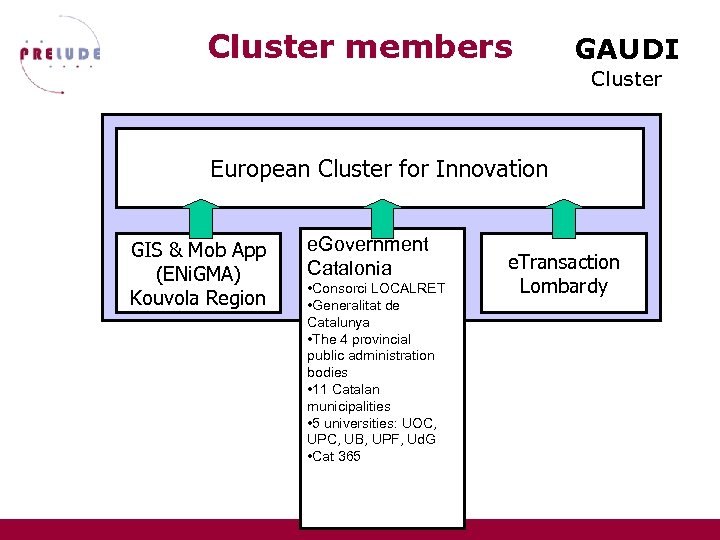 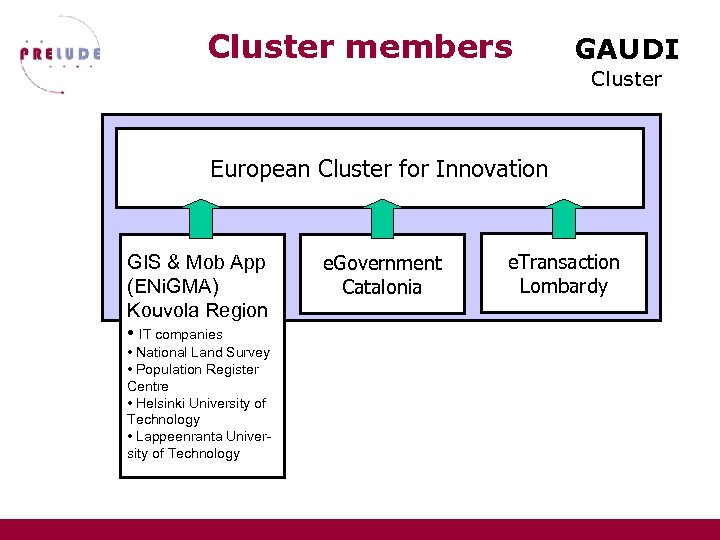 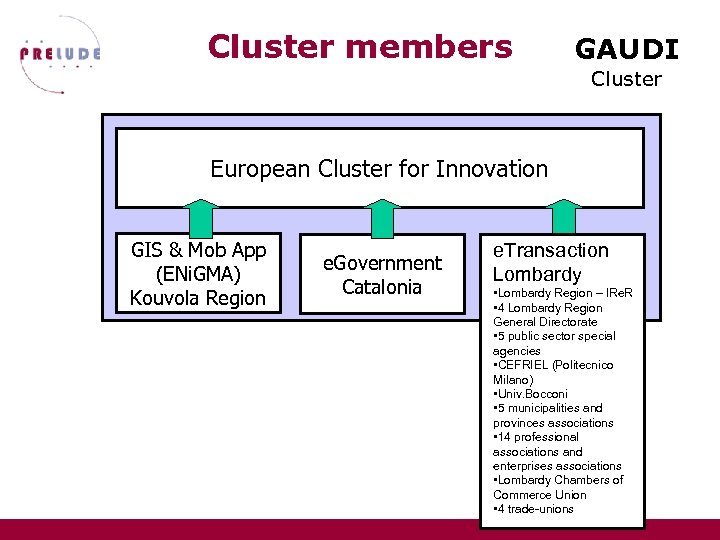 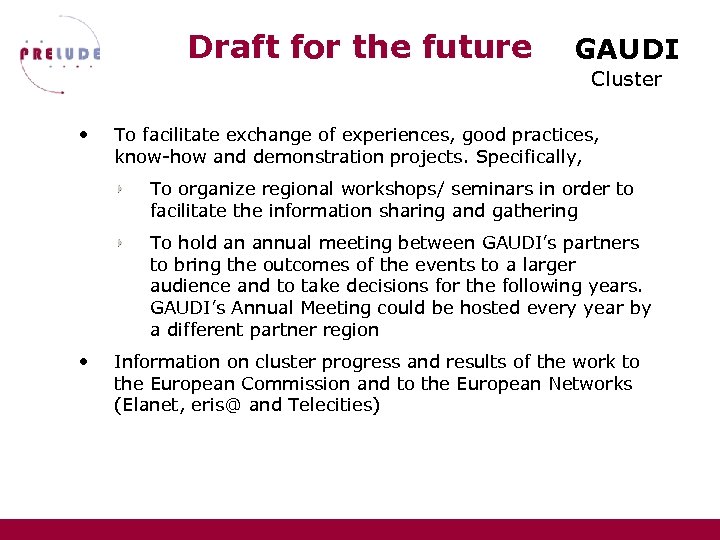 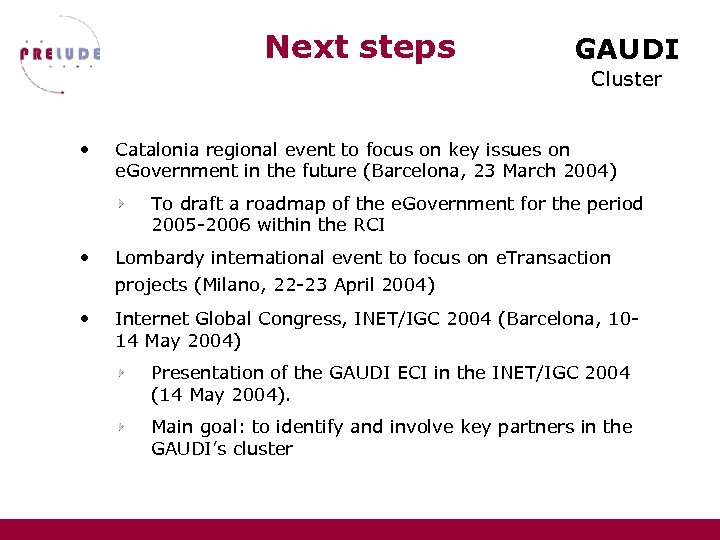 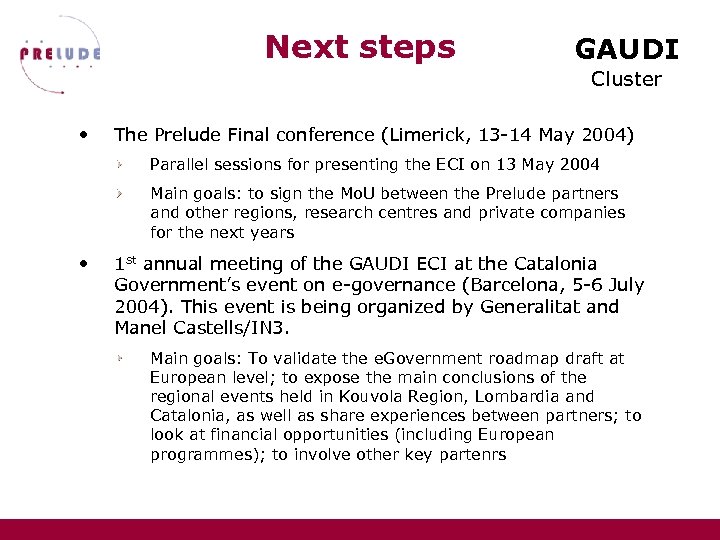 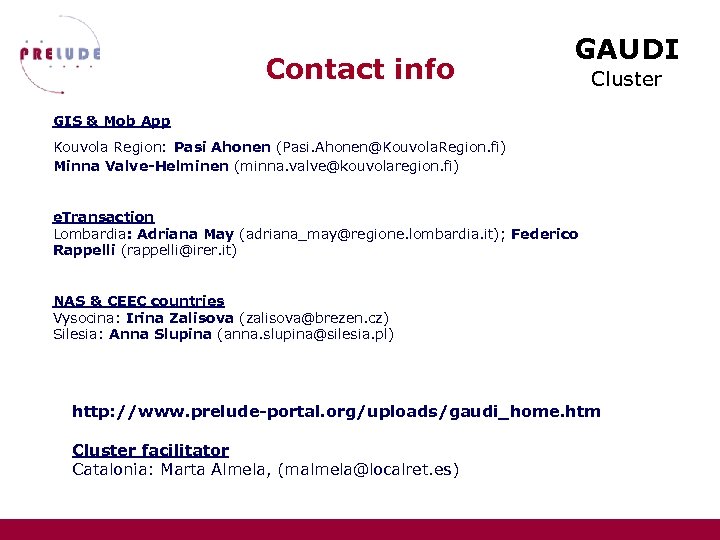 Issues GAUDI Cluster • Growing Europe • shares the same social and economic market • needs modernized public administrations with a common perspective and support European competitiveness in a multilingual environment • the challenges in public service delivery are: to ensure the availability of (e-)government to citizens, enterprises and community organizations from any part of Europe building pan-European services involving administrations from different countries by sharing good practices, knowledge and resources to generate economies of scale in egovernment

Cluster objectives GAUDI Cluster • To promote the integration of public and private services through RTD on shared information networks • To contribute to the building of ERA enhance technological innovation at regional level with a clear emphasis on issues related to accessibility, interoperability and ubiquity of e-government services • To take a leading role in e. Government arena in Europe by identifying present challenges and possible strategies for future policies in e-government advocating regional and local approaches and addressing their needs

Draft for the future GAUDI Cluster • To facilitate exchange of experiences, good practices, know-how and demonstration projects. Specifically, To organize regional workshops/ seminars in order to facilitate the information sharing and gathering To hold an annual meeting between GAUDI’s partners to bring the outcomes of the events to a larger audience and to take decisions for the following years. GAUDI’s Annual Meeting could be hosted every year by a different partner region • Information on cluster progress and results of the work to the European Commission and to the European Networks (Elanet, [email protected] and Telecities)

Next steps GAUDI Cluster • The Prelude Final conference (Limerick, 13 -14 May 2004) Parallel sessions for presenting the ECI on 13 May 2004 Main goals: to sign the Mo. U between the Prelude partners and other regions, research centres and private companies for the next years • 1 st annual meeting of the GAUDI ECI at the Catalonia Government’s event on e-governance (Barcelona, 5 -6 July 2004). This event is being organized by Generalitat and Manel Castells/IN 3. Main goals: To validate the e. Government roadmap draft at European level; to expose the main conclusions of the regional events held in Kouvola Region, Lombardia and Catalonia, as well as share experiences between partners; to look at financial opportunities (including European programmes); to involve other key partenrs