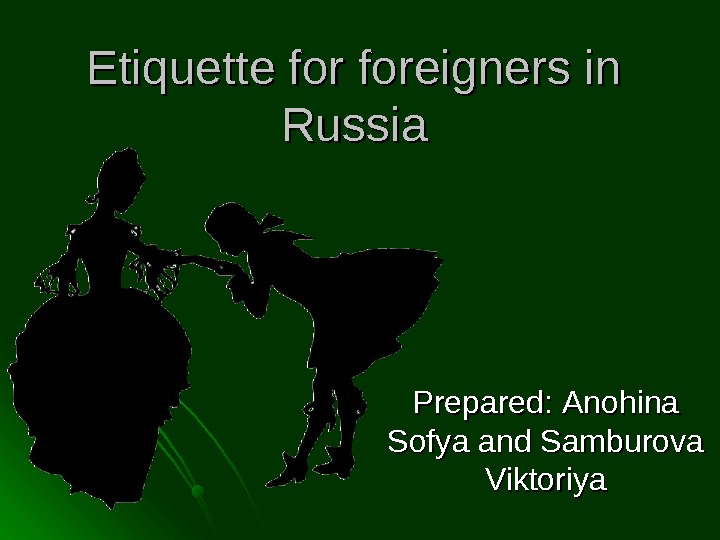 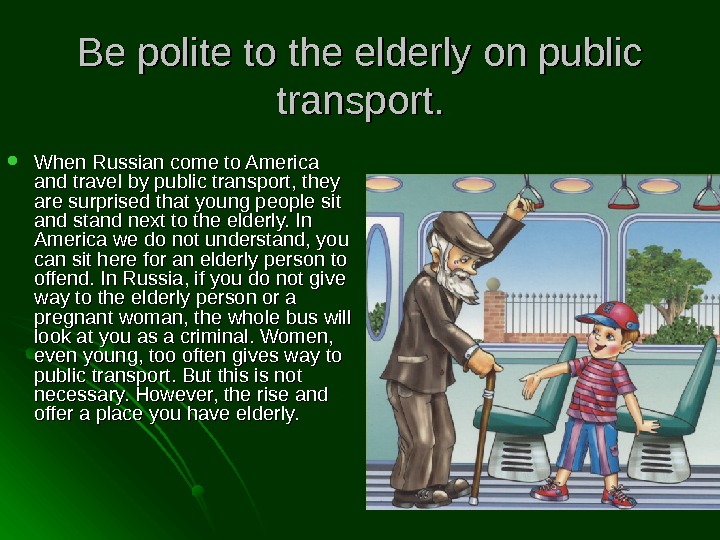 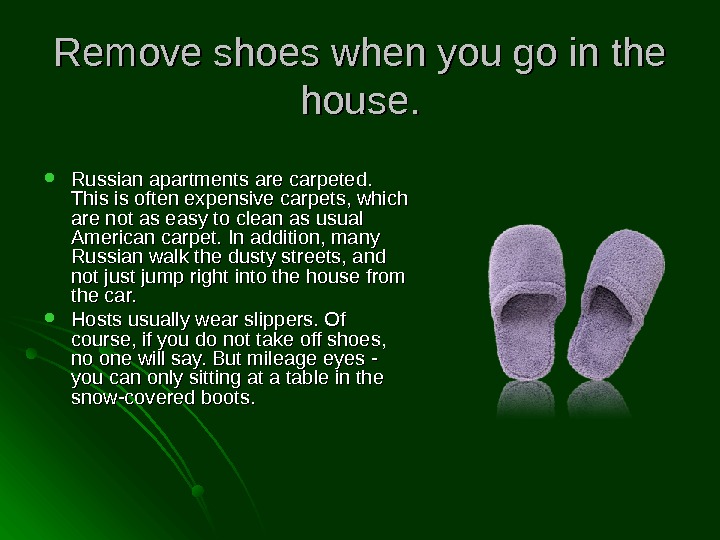 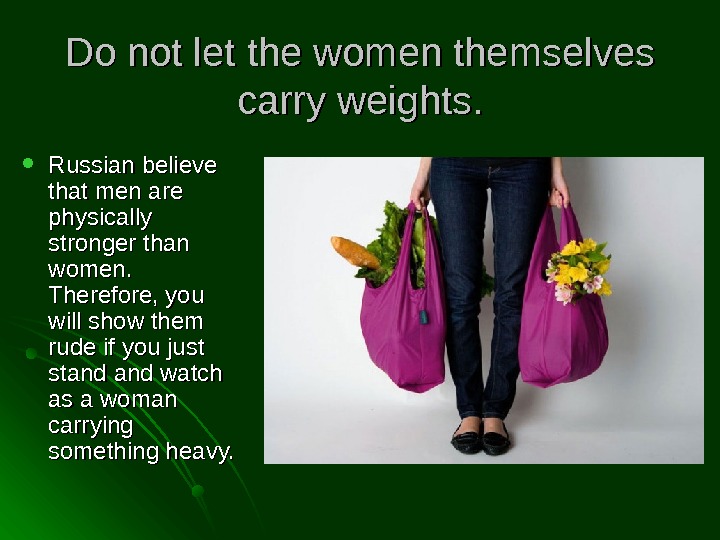 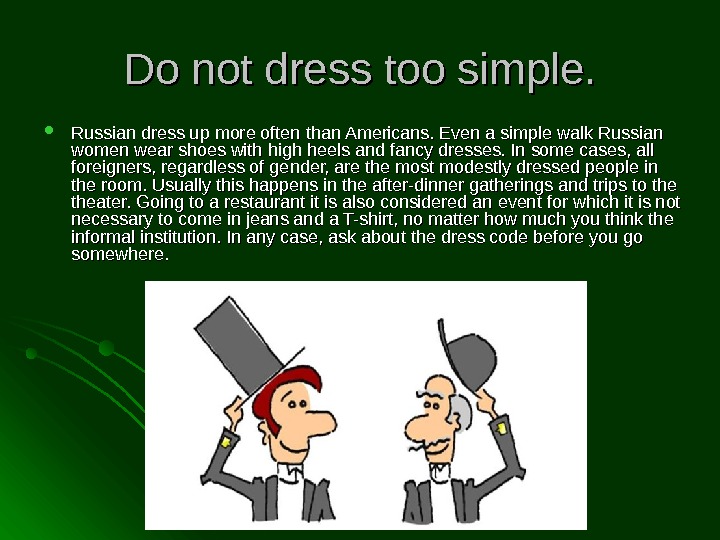 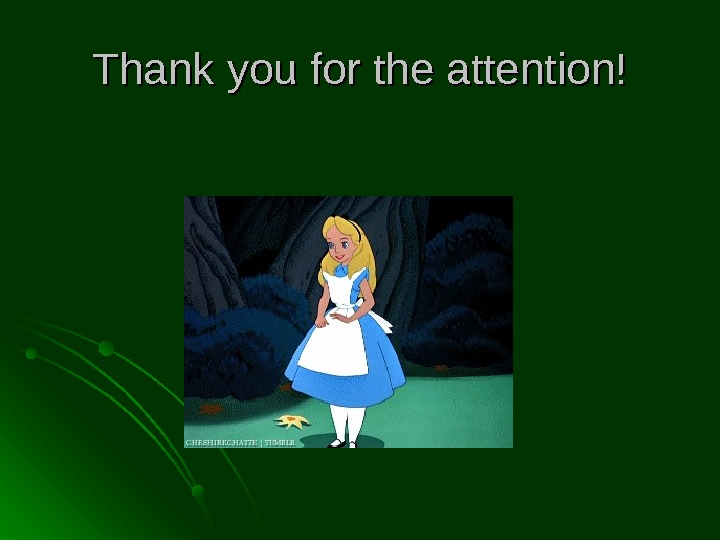 Remove shoes when you go in the house. Russian apartments are carpeted. This is often expensive carpets, which are not as easy to clean as usual American carpet. In addition, many Russian walk the dusty streets, and not just jump right into the house from the car. Hosts usually wear slippers. Of course, if you do not take off shoes, no one will say. But mileage eyes — you can only sitting at a table in the snow-covered boots.

Do not let the women themselves carry weights. Russian believe that men are physically stronger than women. Therefore, you will show them rude if you just stand and watch as a woman carrying something heavy.

Do not dress too simple. Russian dress up more often than Americans. Even a simple walk Russian women wear shoes with high heels and fancy dresses. In some cases, all foreigners, regardless of gender, are the most modestly dressed people in the room. Usually this happens in the after-dinner gatherings and trips to the theater. Going to a restaurant it is also considered an event for which it is not necessary to come in jeans and a T-shirt, no matter how much you think the informal institution. In any case, ask about the dress code before you go somewhere.

Thank you for the attention!