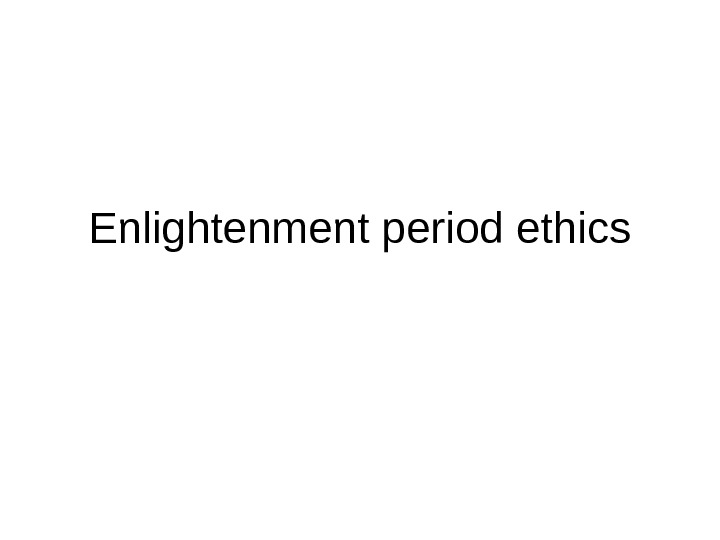 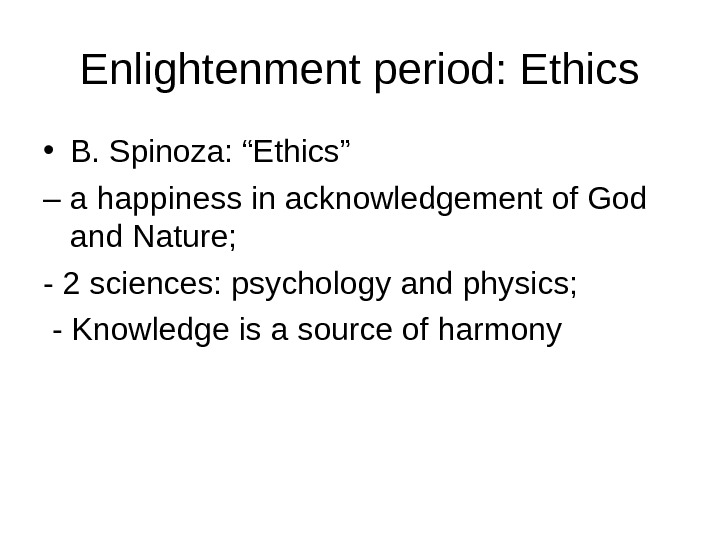 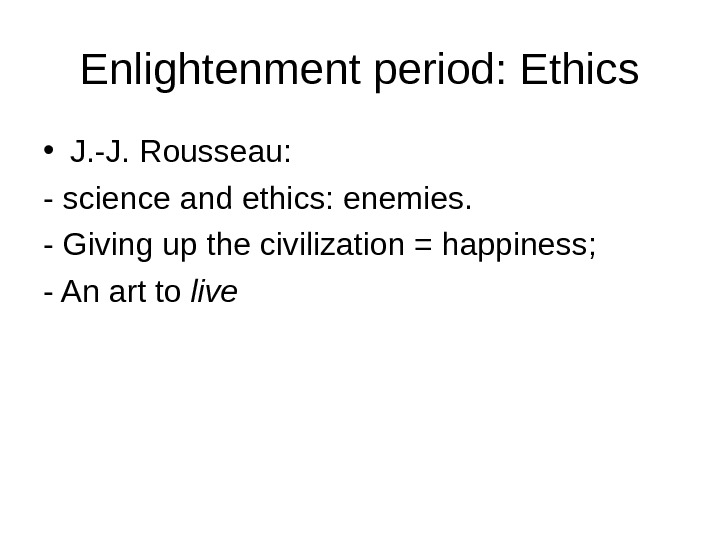 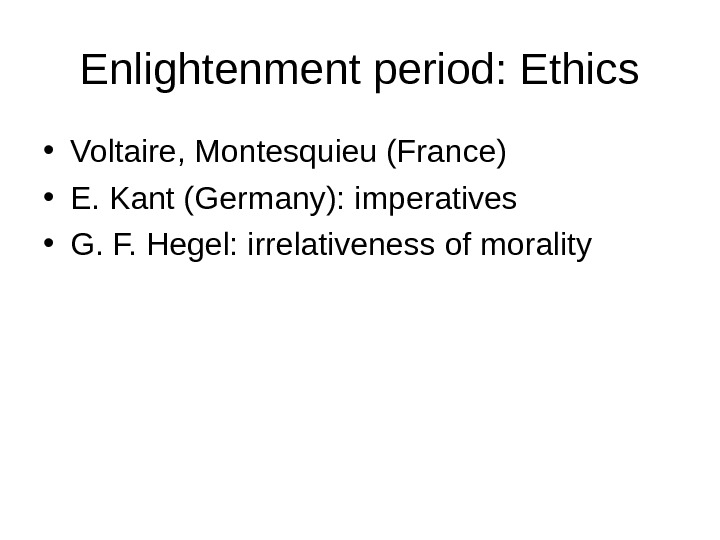 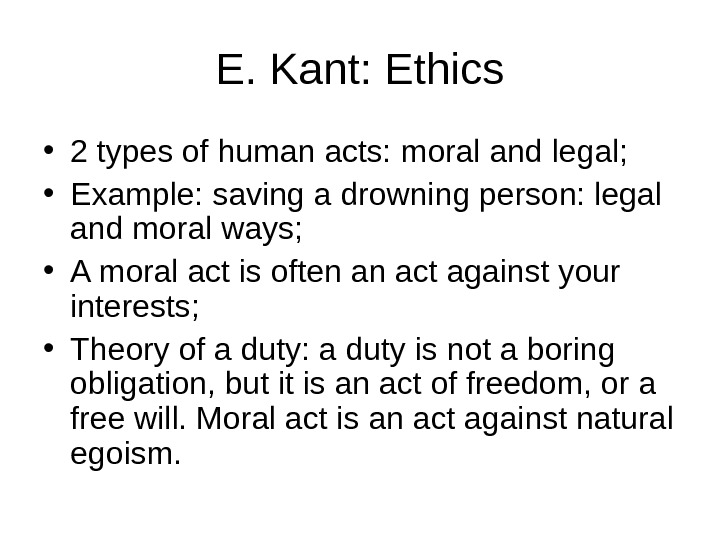 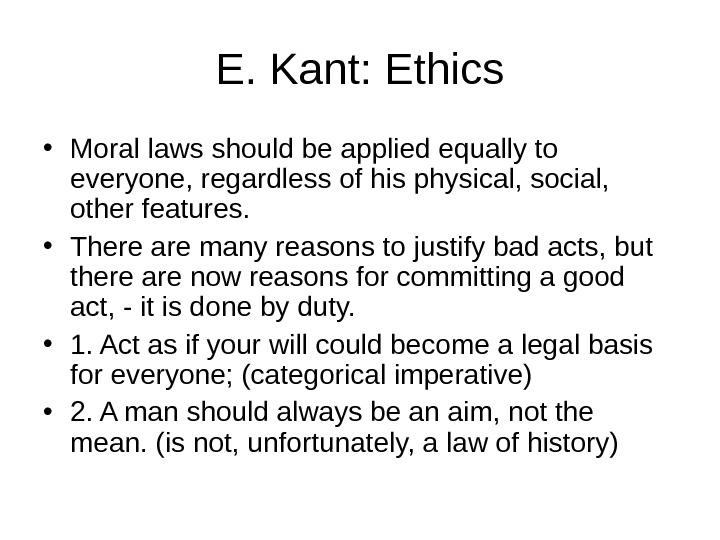 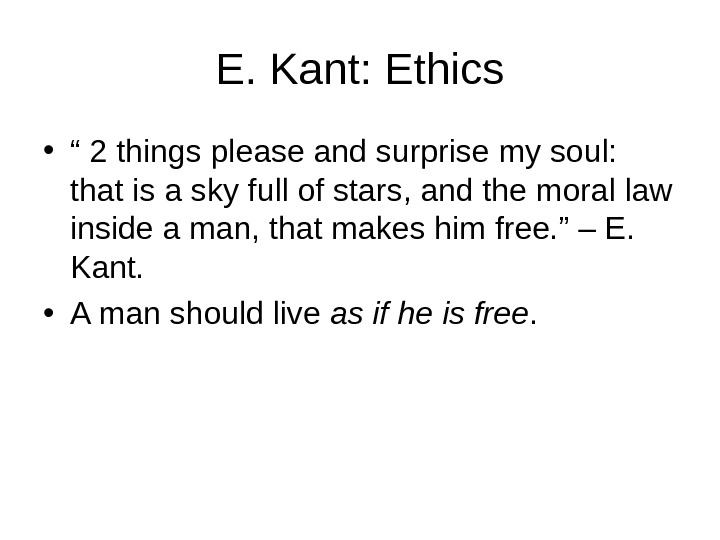 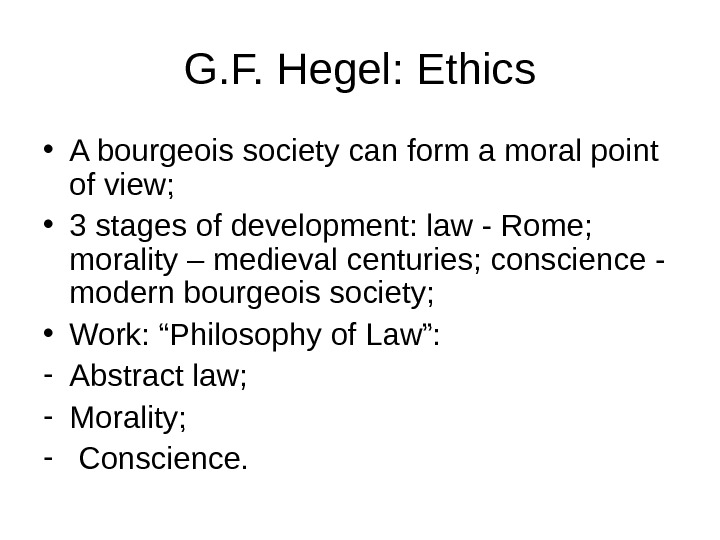 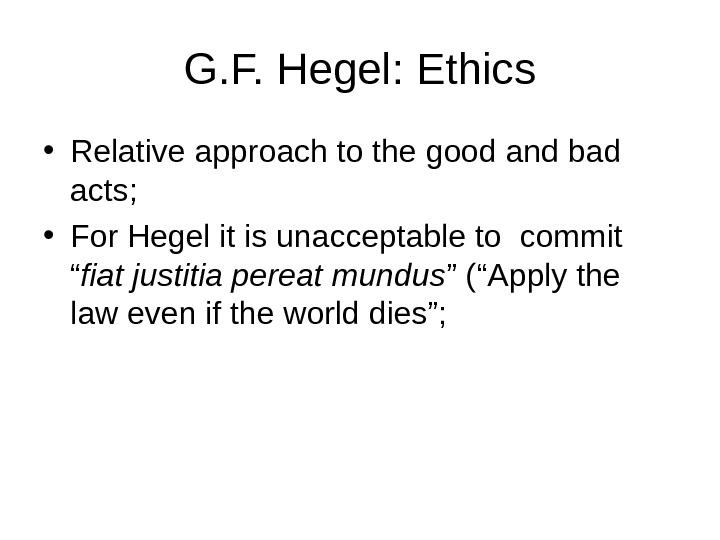 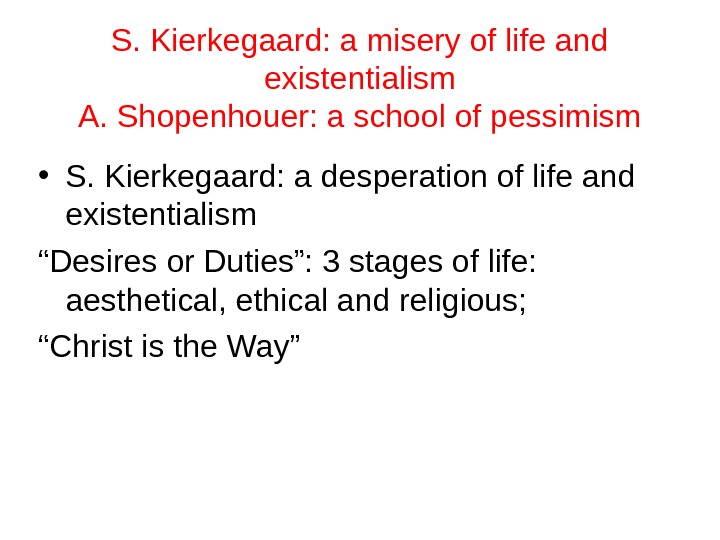 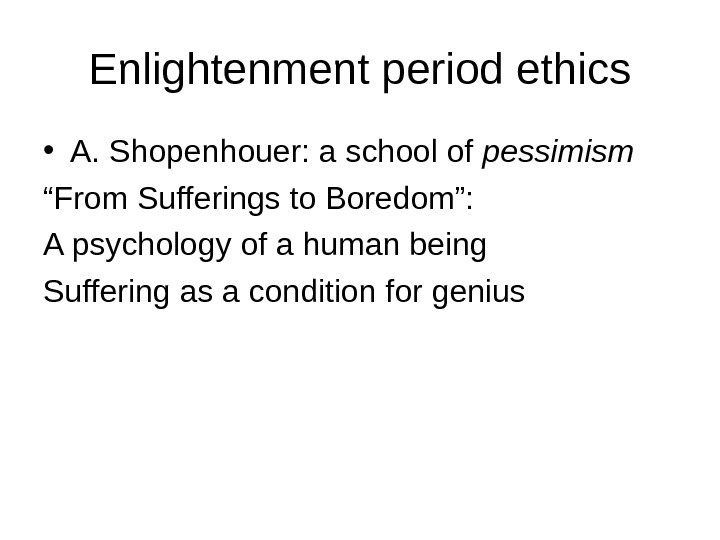 Enlightenment period: Ethics • B. Spinoza: “Ethics” – a happiness in acknowledgement of God and Nature; — 2 sciences: psychology and physics; — Knowledge is a source of harmony

E. Kant: Ethics • 2 types of human acts: moral and legal; • Example: saving a drowning person: legal and moral ways; • A moral act is often an act against your interests; • Theory of a duty: a duty is not a boring obligation, but it is an act of freedom, or a free will. Moral act is an act against natural egoism.

E. Kant: Ethics • Moral laws should be applied equally to everyone, regardless of his physical, social, other features. • There are many reasons to justify bad acts, but there are now reasons for committing a good act, — it is done by duty. • 1. Act as if your will could become a legal basis for everyone; (categorical imperative) • 2. A man should always be an aim, not the mean. (is not, unfortunately, a law of history)

G. F. Hegel: Ethics • Relative approach to the good and bad acts; • For Hegel it is unacceptable to commit “ fiat justitia pereat mundus ” (“Apply the law even if the world dies”;

Enlightenment period ethics • A. Shopenhouer: a school of pessimism “ From Sufferings to Boredom”: A psychology of a human being Suffering as a condition for genius