english as a world language The domination 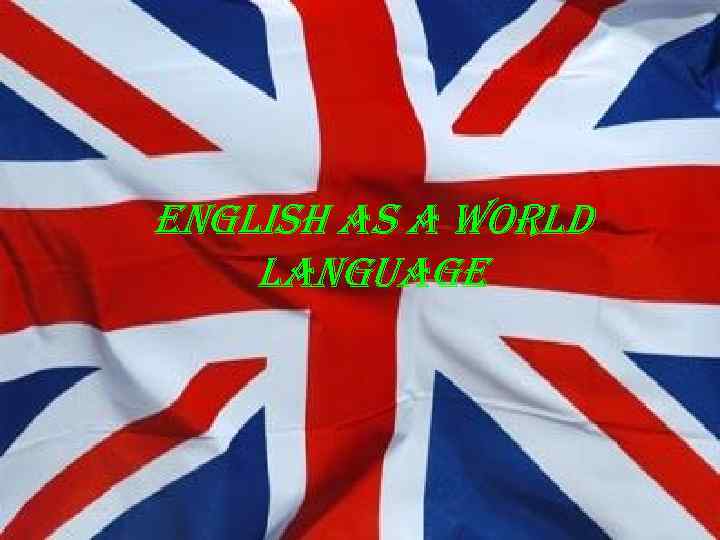 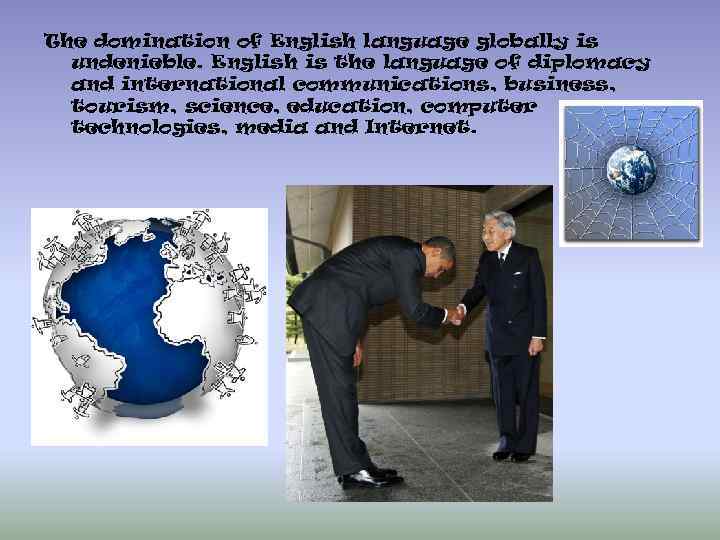 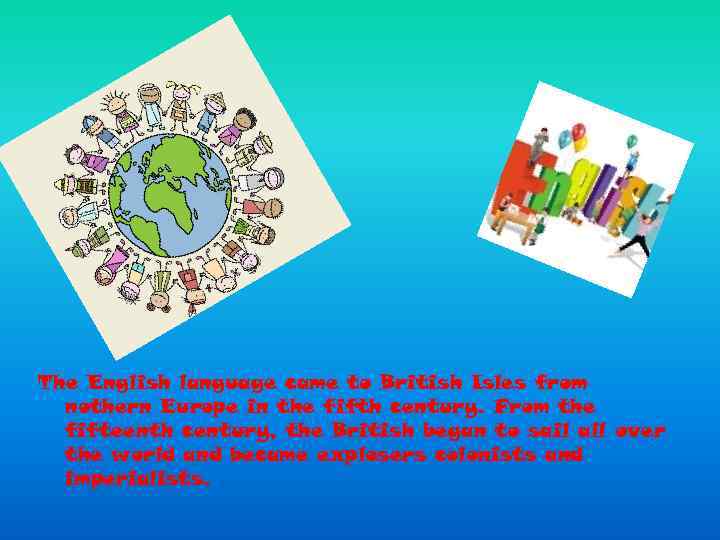 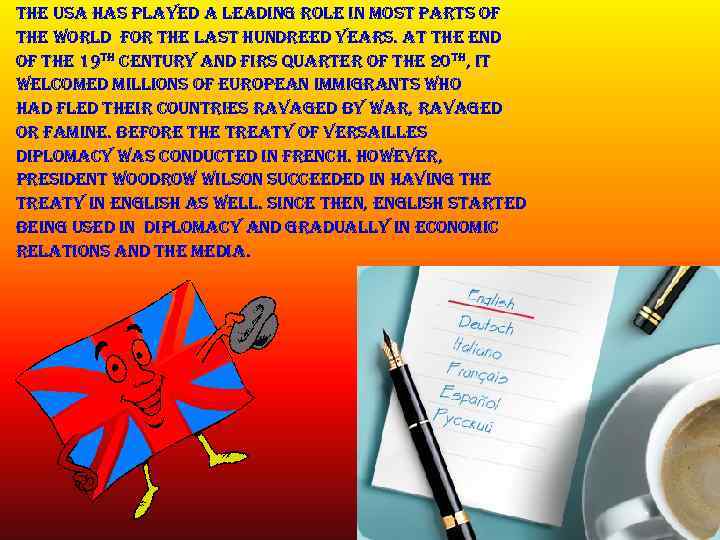 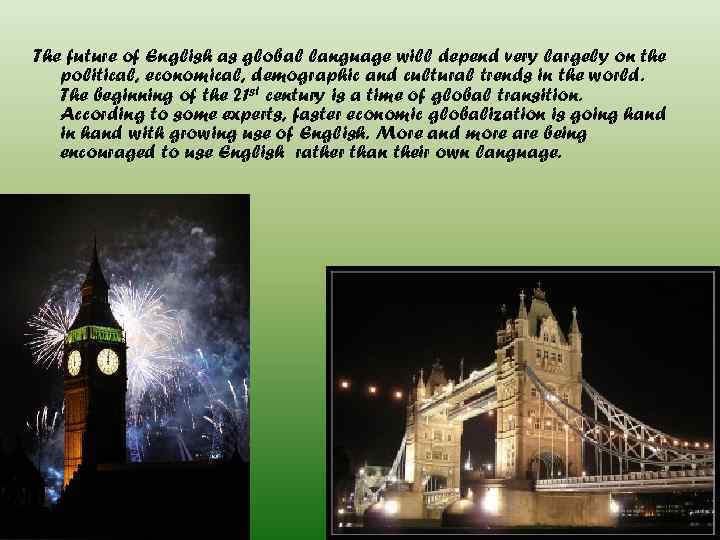 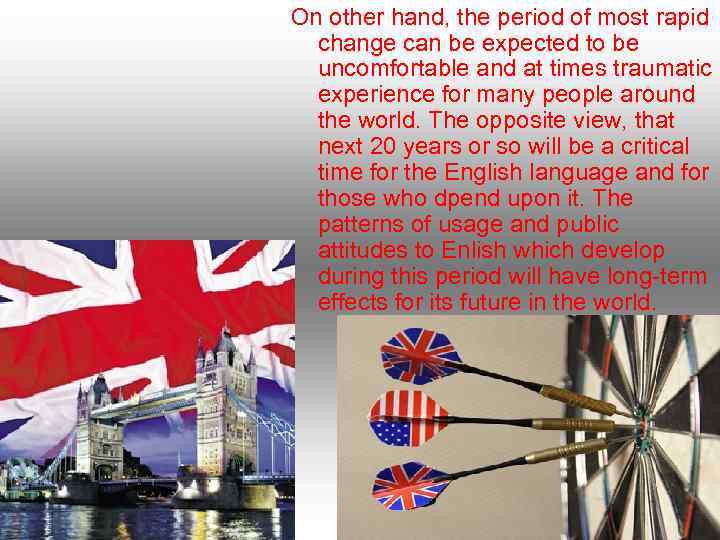 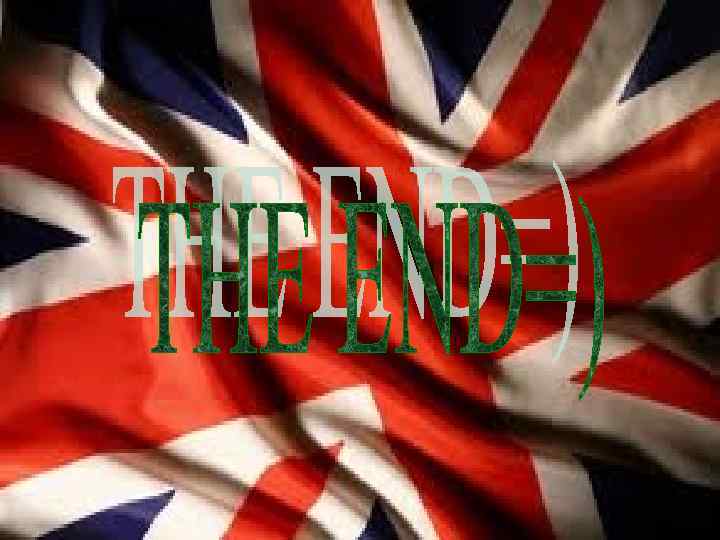 Скачать презентацию english as a world language The domination

English as a world language.ppt

english as a world language

The domination of English language globally is undenieble. English is the language of diplomacy and international communications, business, tourism, science, education, computer technologies, media and Internet.

The English language came to British Isles from nothern Europe in the fifth century. From the fifteenth century, the British began to sail all over the world and became explosers colonists and imperialists.

the usa has played a leading role in most parts of the world for the last hundreed years. at the end of the 19 th century and firs quarter of the 20 th, it welcomed millions of european immigrants who had fled their countries ravaged by war, ravaged or famine. before the treaty of versailles diplomacy was conducted in french. however, president woodrow wilson succeeded in having the treaty in english as well. since then, english started being used in diplomacy and gradually in economic relations and the media.

The future of English as global language will depend very largely on the political, economical, demographic and cultural trends in the world. The beginning of the 21 st century is a time of global transition. According to some experts, faster economic globalization is going hand in hand with growing use of English. More and more are being encouraged to use English rather than their own language.

On other hand, the period of most rapid change can be expected to be uncomfortable and at times traumatic experience for many people around the world. The opposite view, that next 20 years or so will be a critical time for the English language and for those who dpend upon it. The patterns of usage and public attitudes to Enlish which develop during this period will have long-term effects for its future in the world.