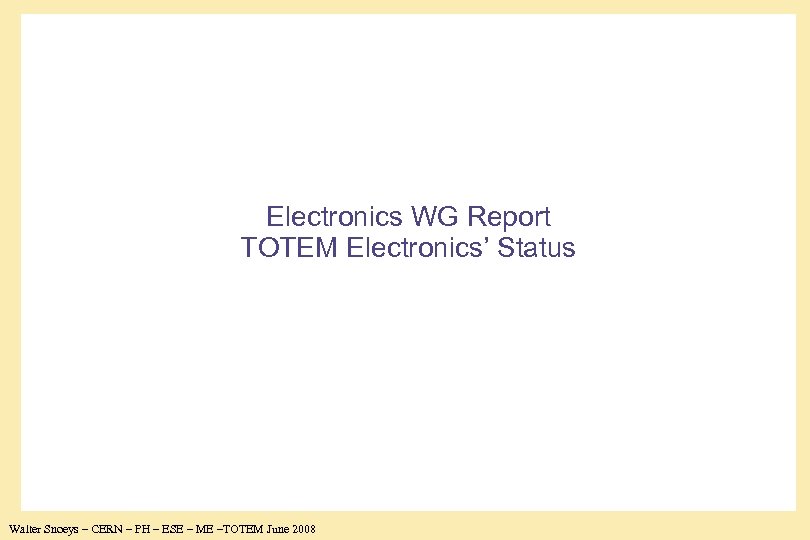 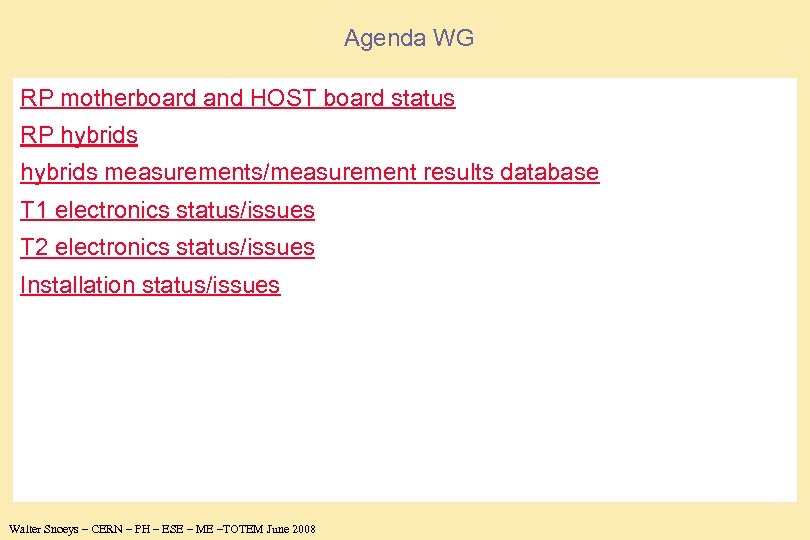 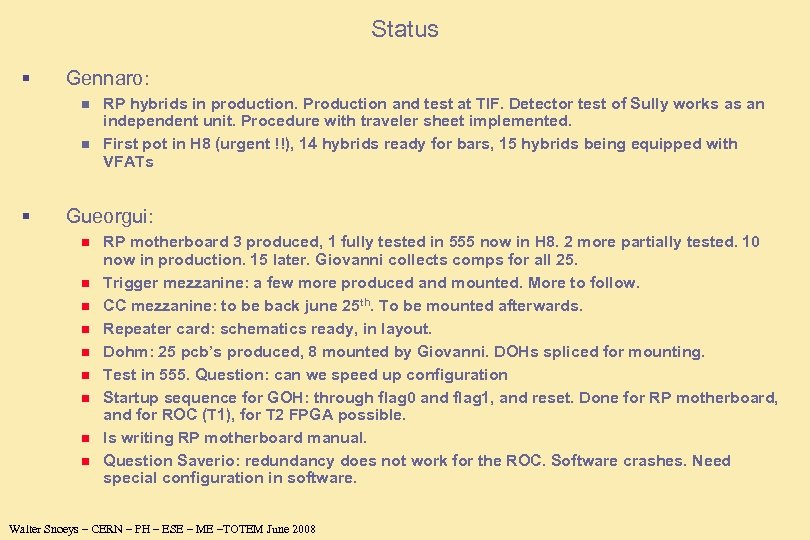 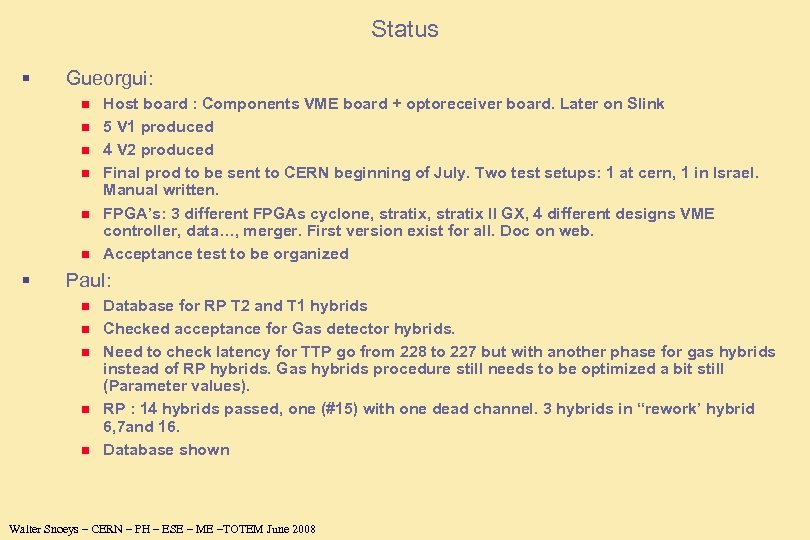 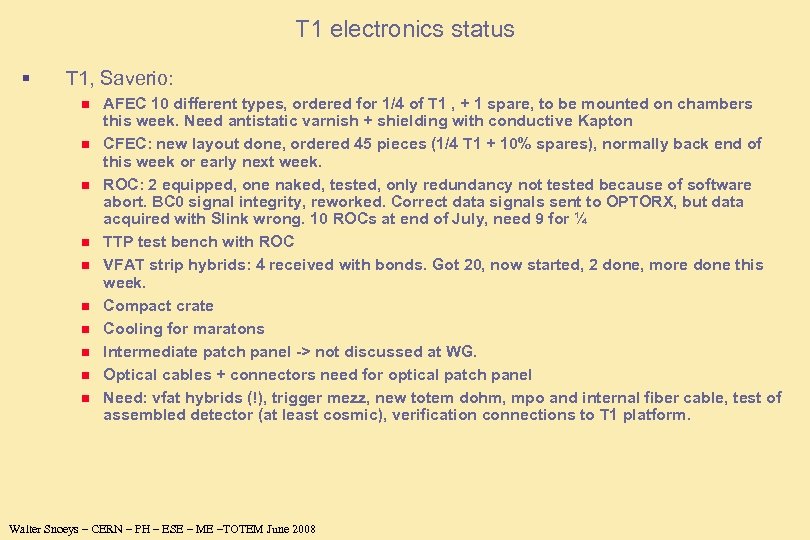 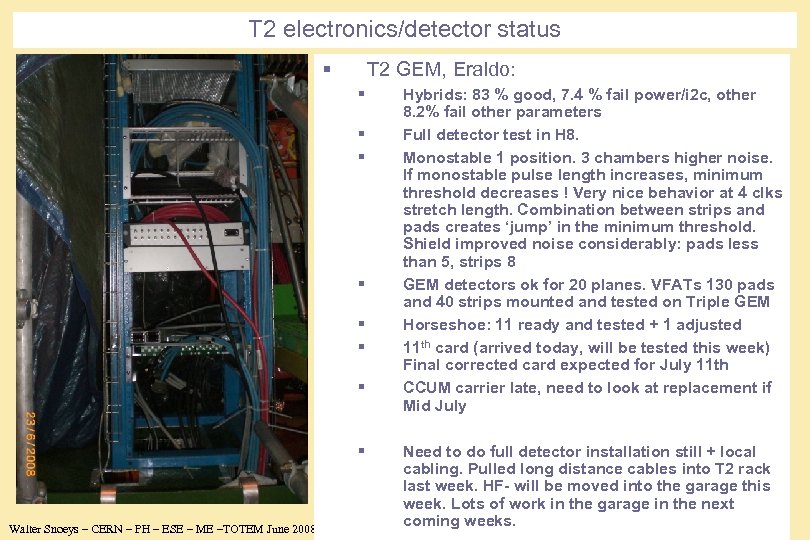 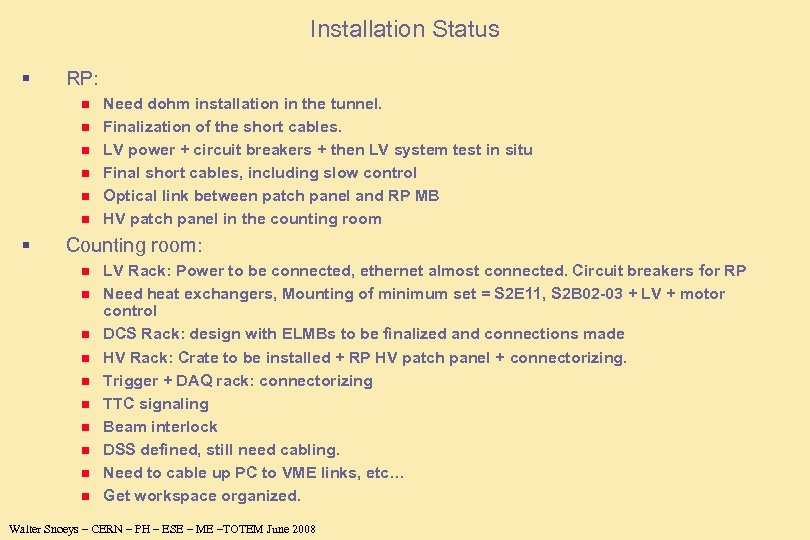 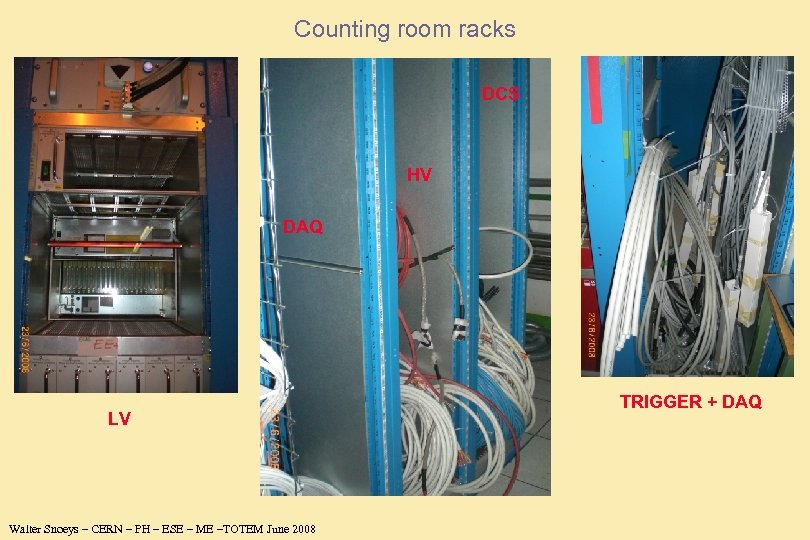 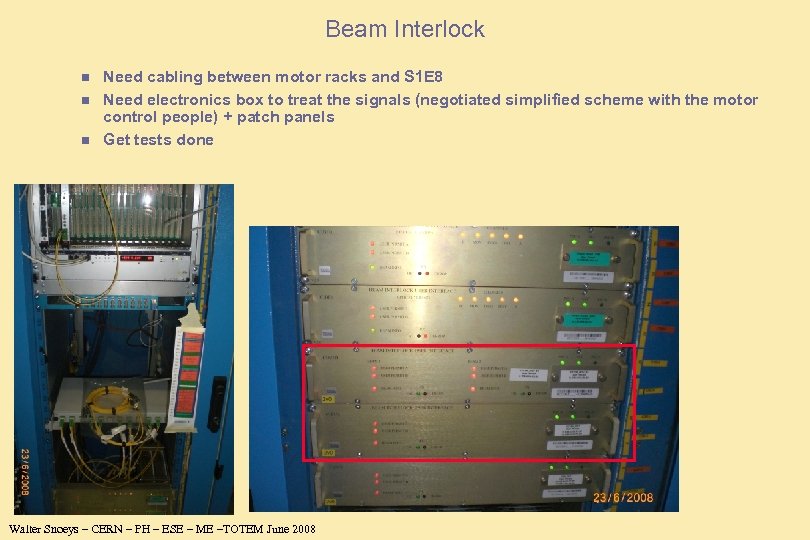 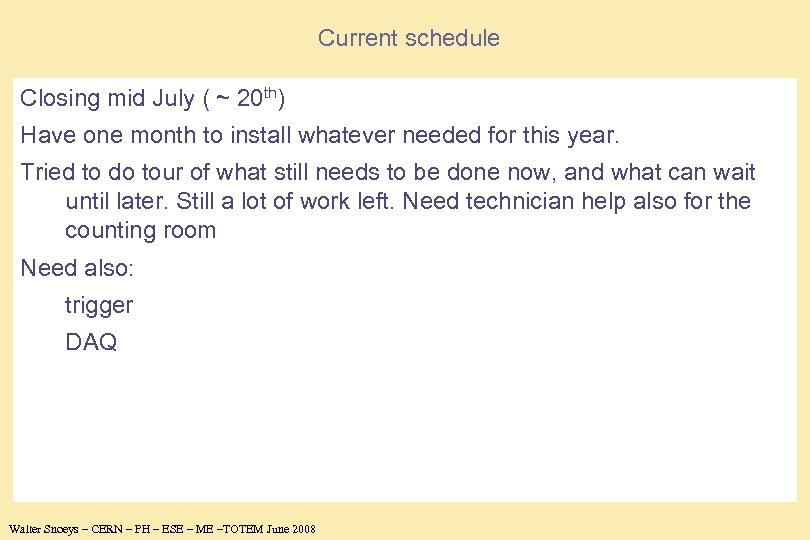 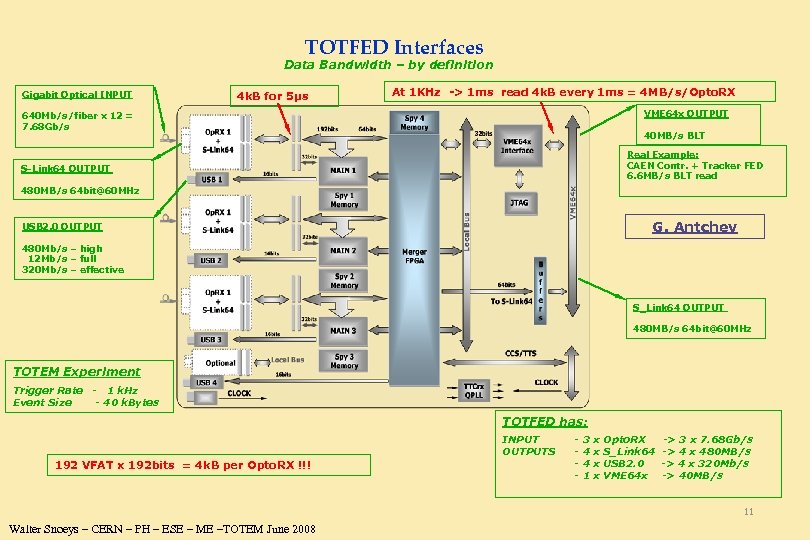 Current schedule Closing mid July ( ~ 20 th) Have one month to install whatever needed for this year. Tried to do tour of what still needs to be done now, and what can wait until later. Still a lot of work left. Need technician help also for the counting room Need also: trigger DAQ Walter Snoeys – CERN – PH – ESE – ME –TOTEM June 2008

Use of Additional Information in Suspicious Transaction Report