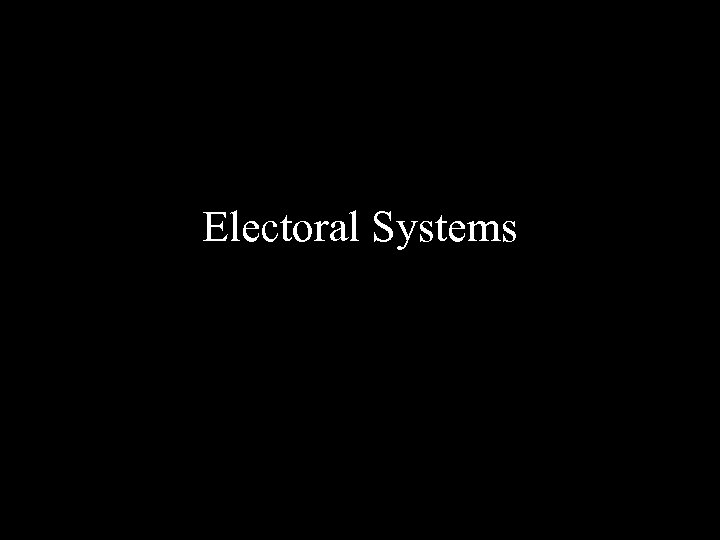 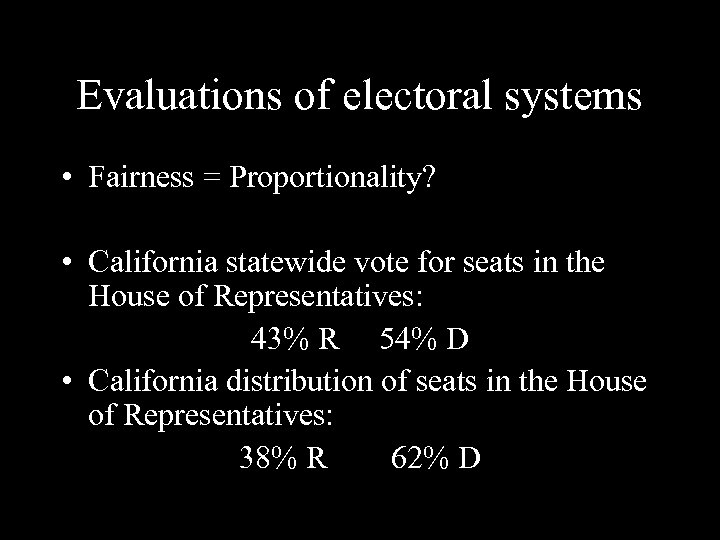 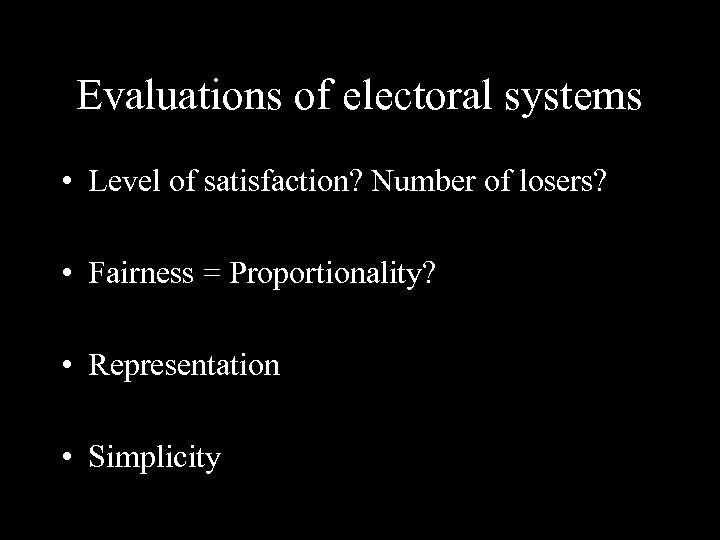 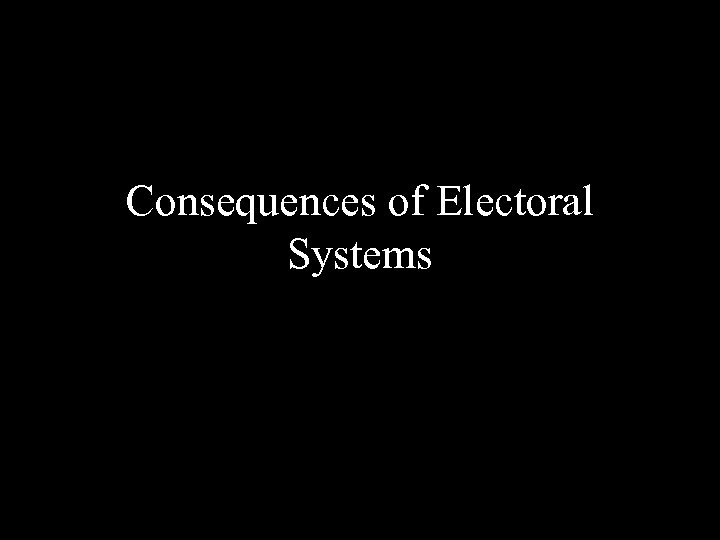 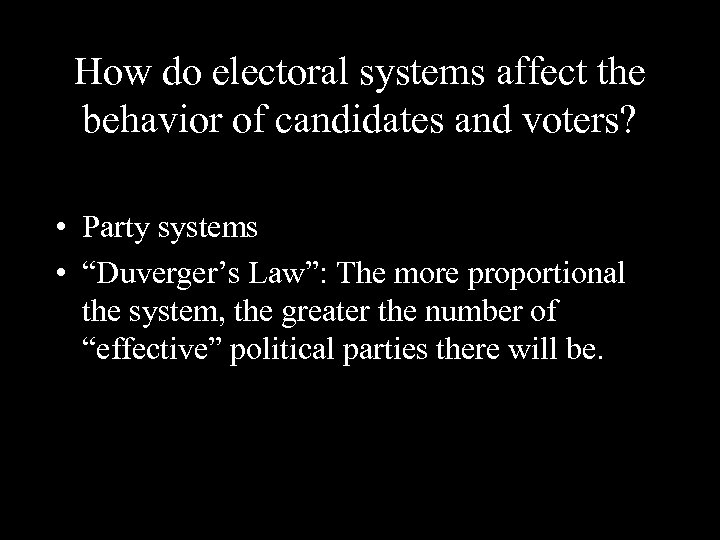 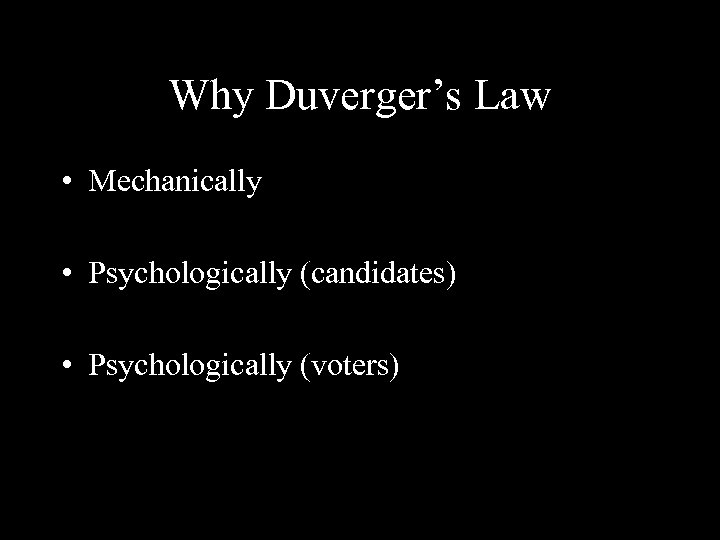 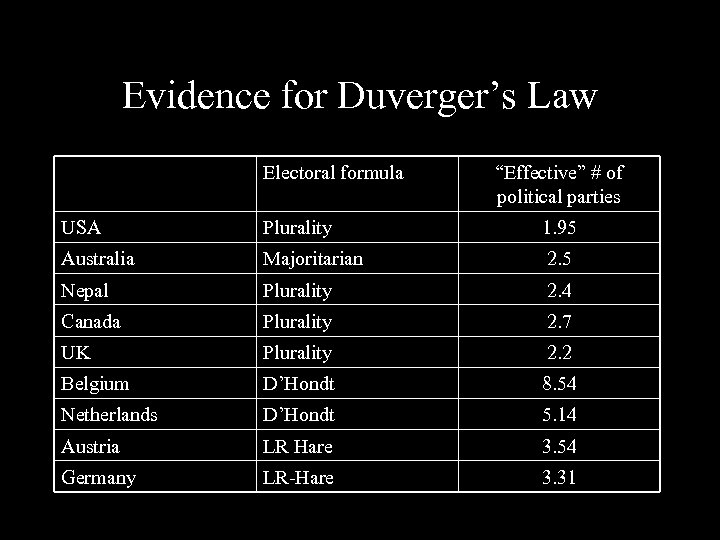 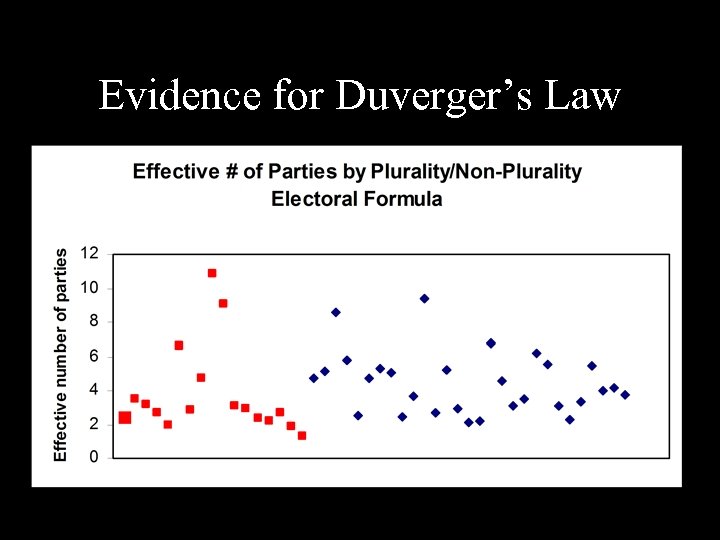 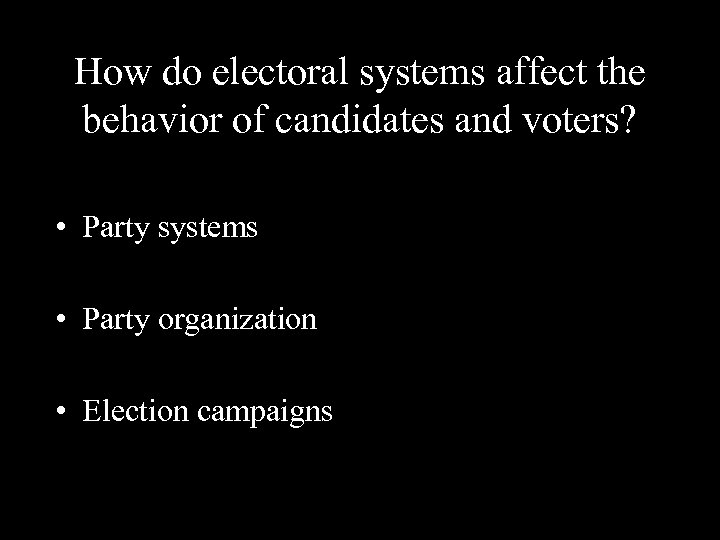 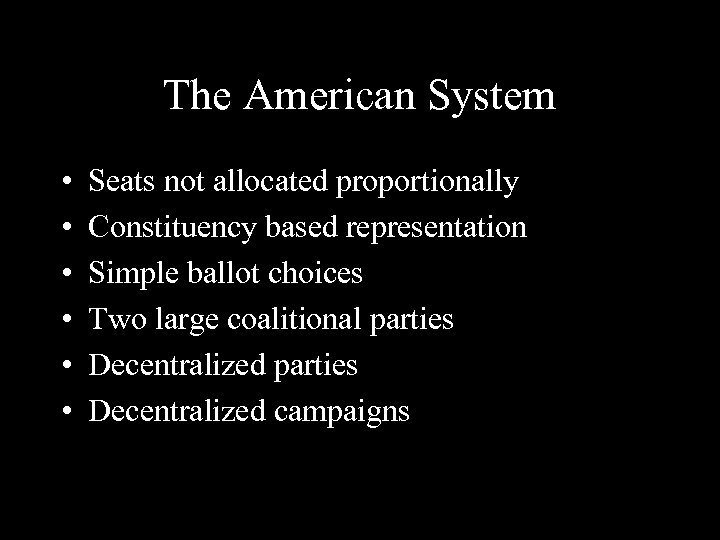 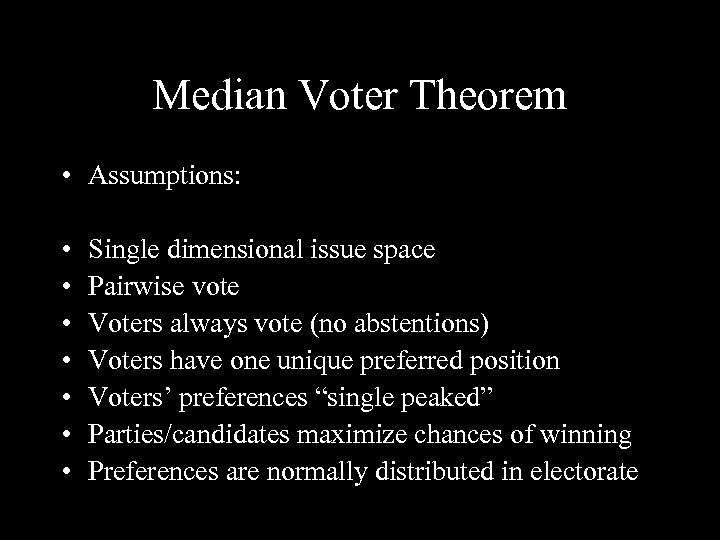 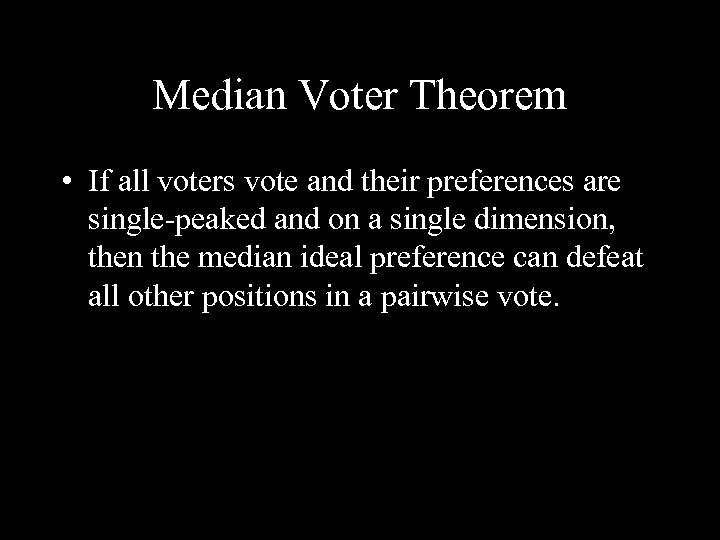 How do electoral systems affect the behavior of candidates and voters? • Party systems • “Duverger’s Law”: The more proportional the system, the greater the number of “effective” political parties there will be.

Median Voter Theorem • If all voters vote and their preferences are single-peaked and on a single dimension, then the median ideal preference can defeat all other positions in a pairwise vote.