Electoral Rights of Third-Country Nationals in the EU 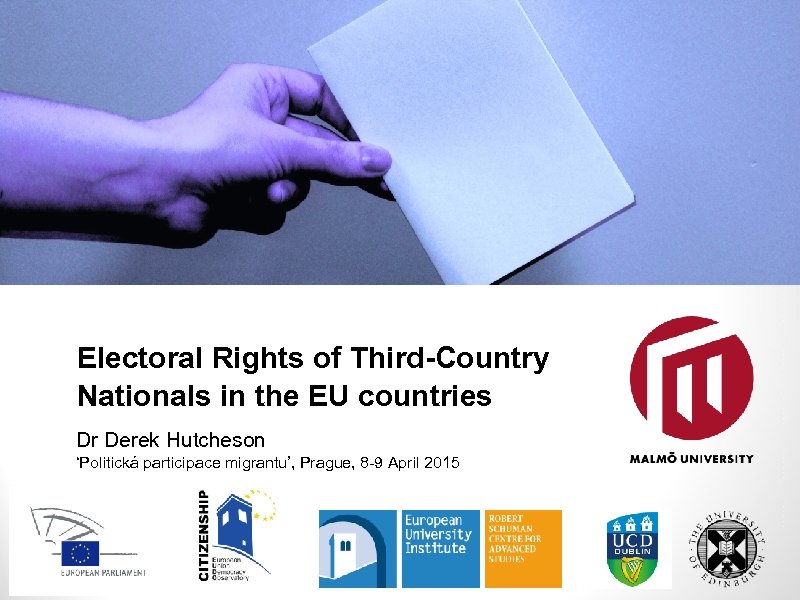 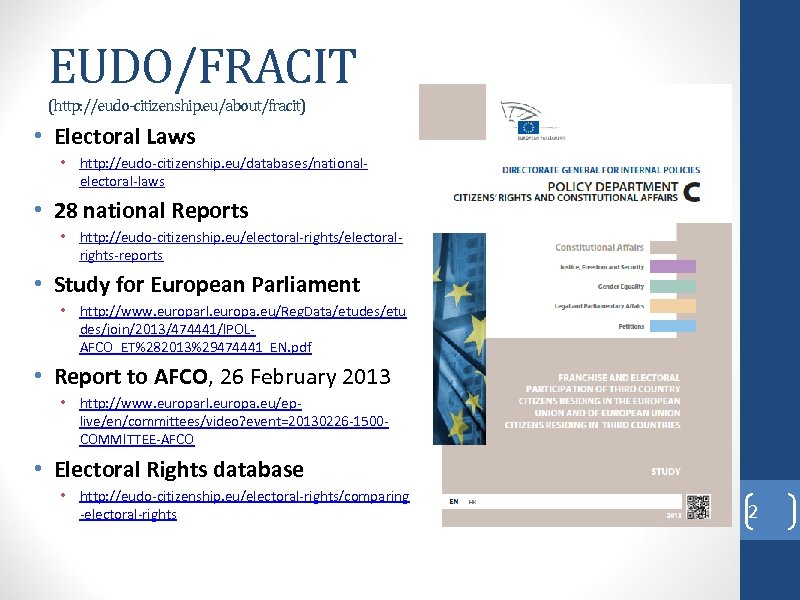 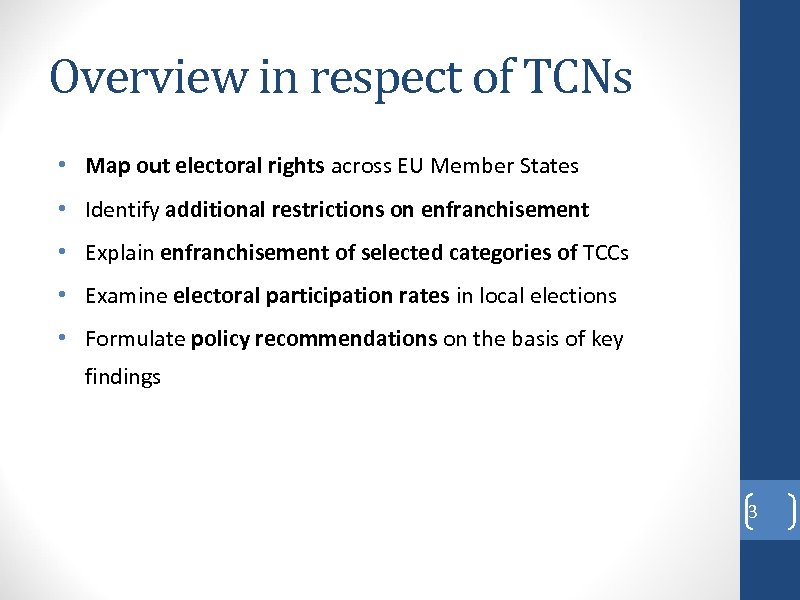 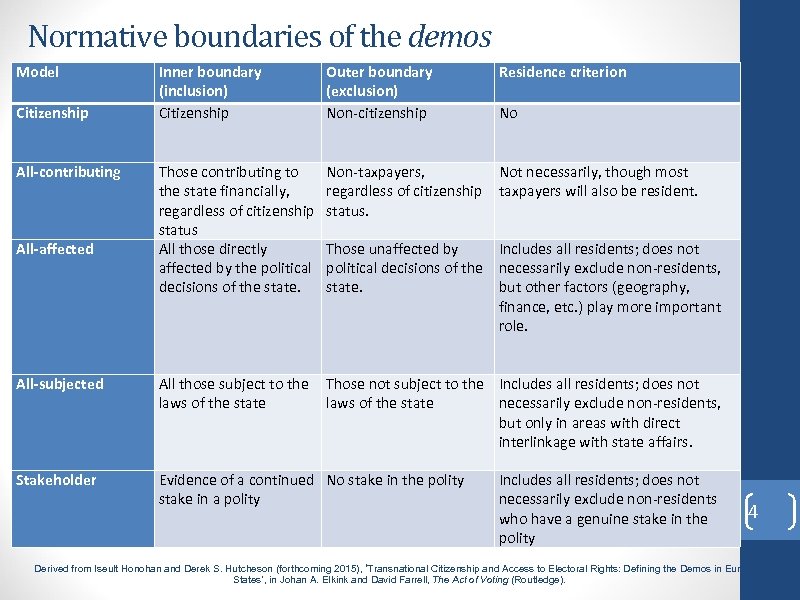 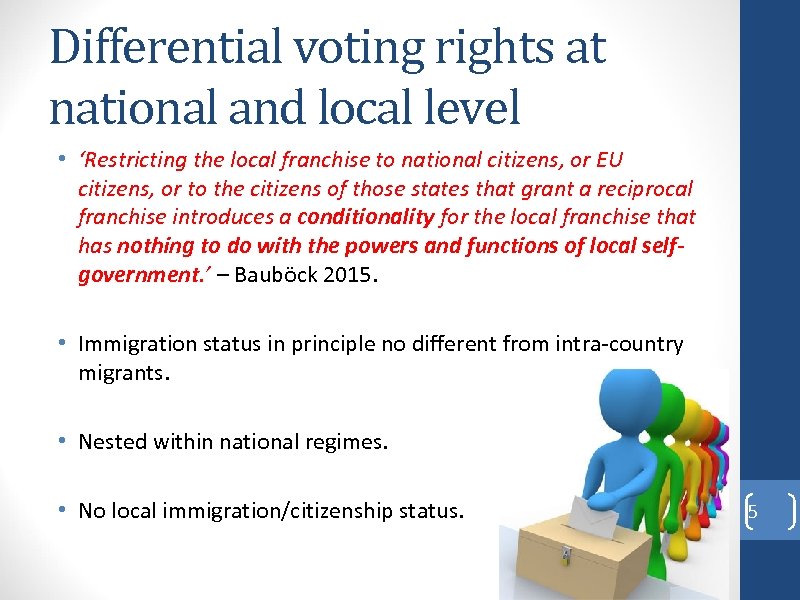 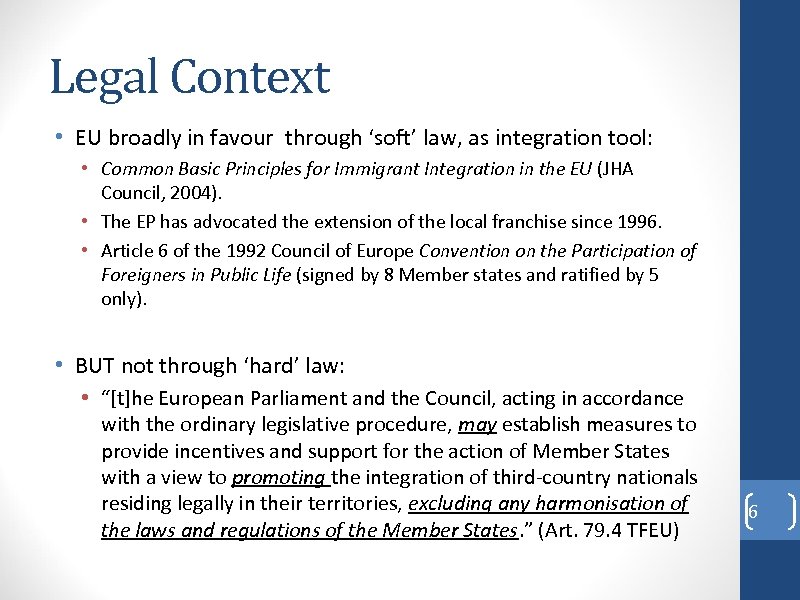 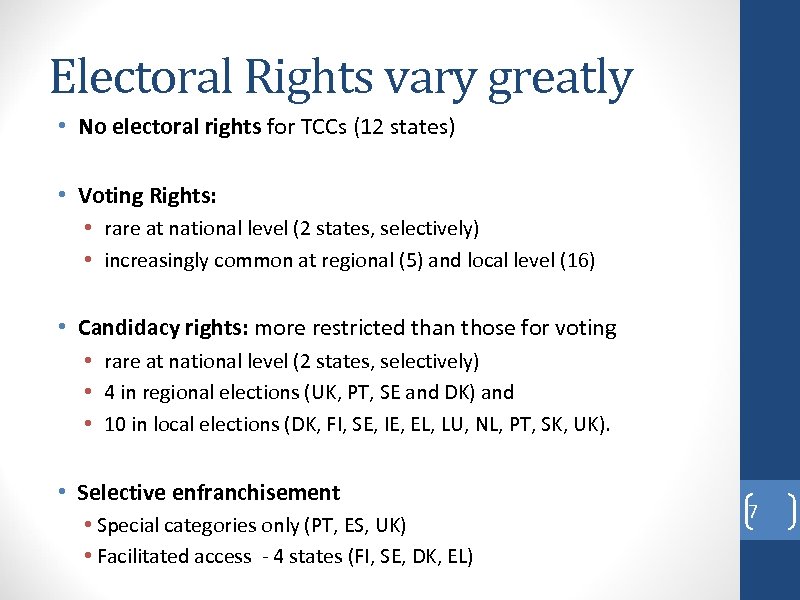 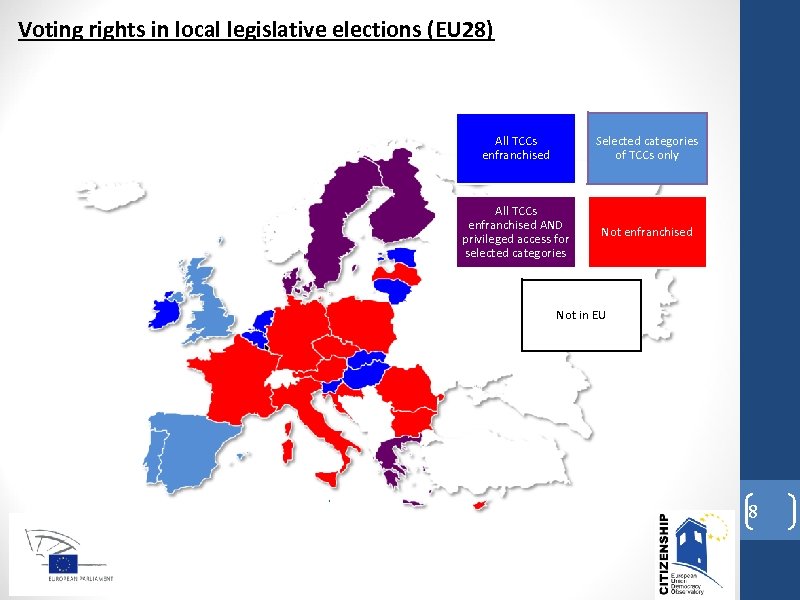 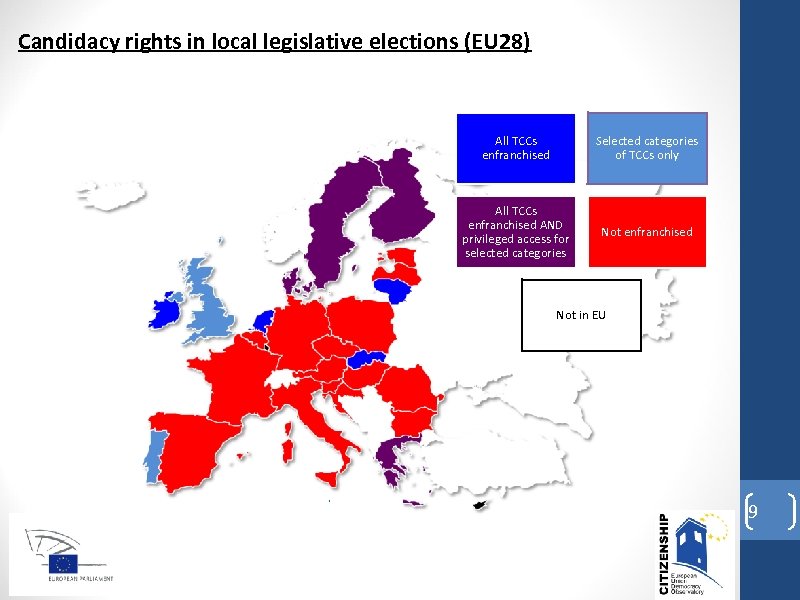 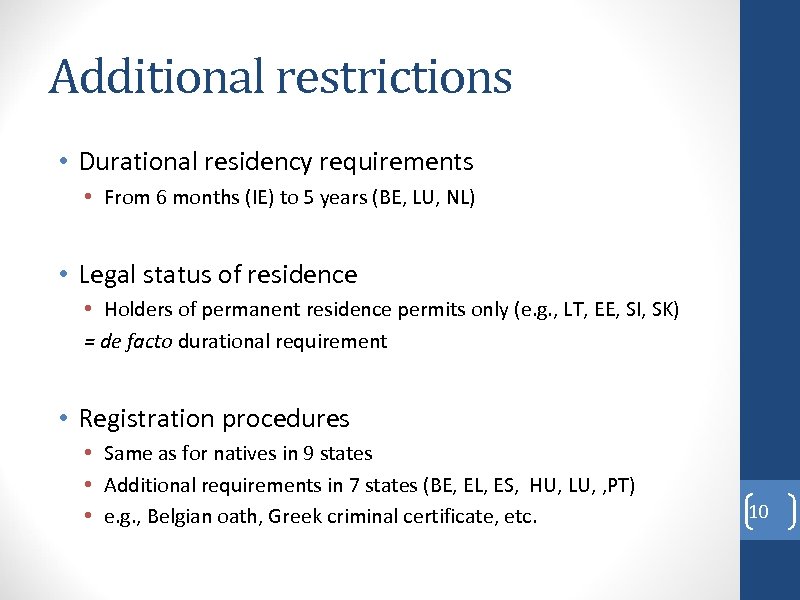 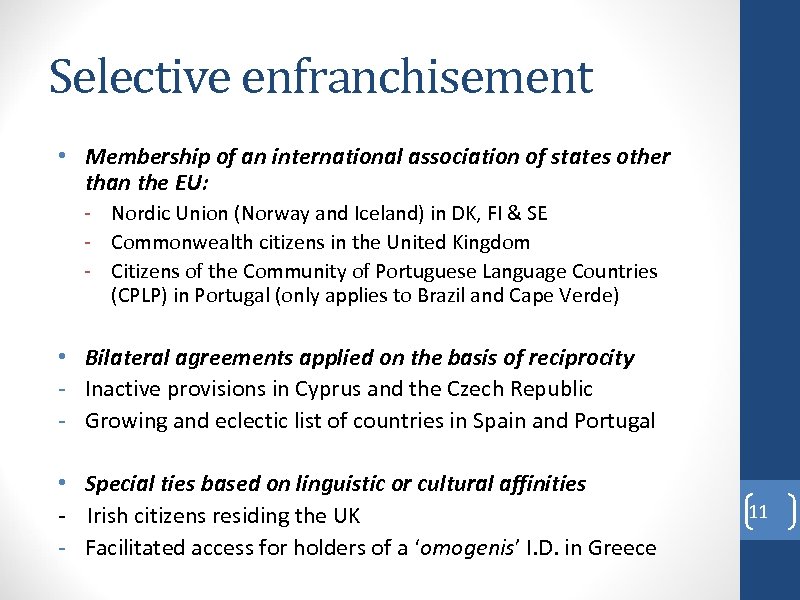 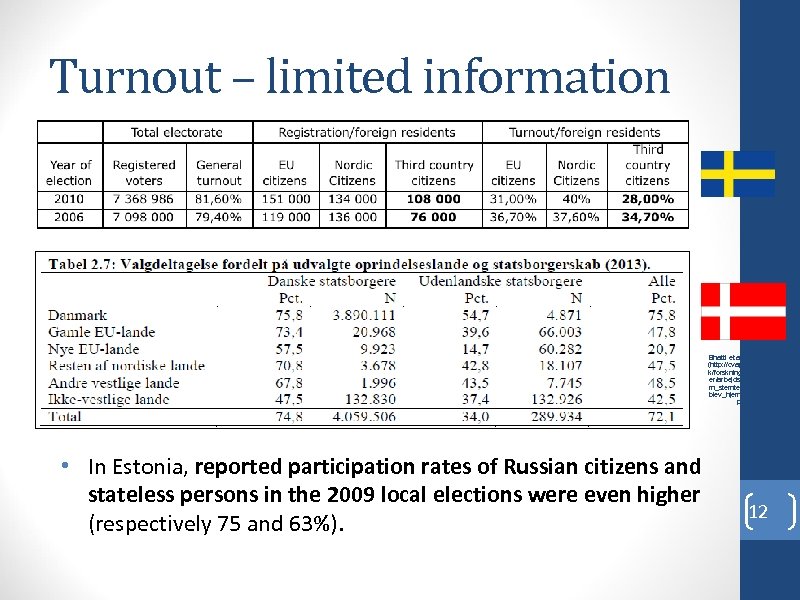 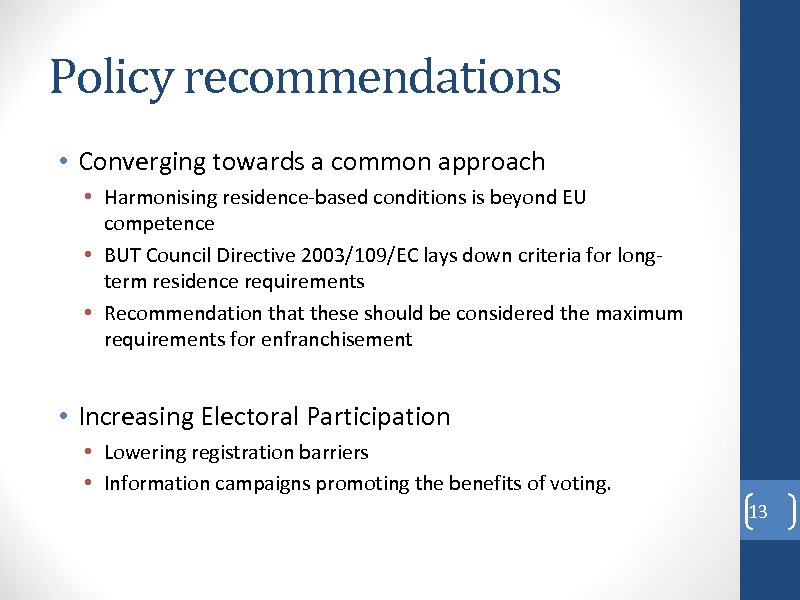 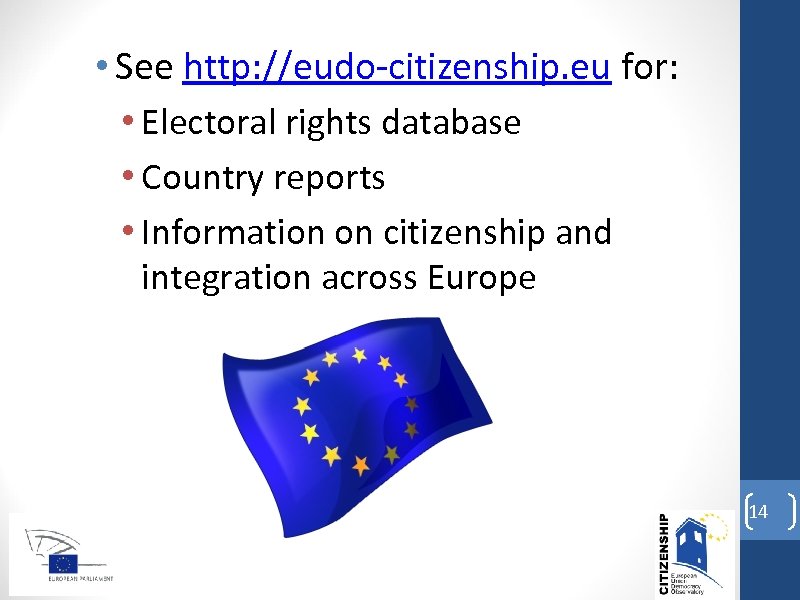 Скачать презентацию Electoral Rights of Third-Country Nationals in the EU

Normative boundaries of the demos Model Inner boundary (inclusion) Citizenship Outer boundary (exclusion) Non-citizenship Residence criterion Those contributing to the state financially, regardless of citizenship status All those directly affected by the political decisions of the state. Non-taxpayers, regardless of citizenship status. Not necessarily, though most taxpayers will also be resident. All-subjected All those subject to the laws of the state Those not subject to the Includes all residents; does not laws of the state necessarily exclude non-residents, but only in areas with direct interlinkage with state affairs. Stakeholder Evidence of a continued No stake in the polity stake in a polity Citizenship All-contributing All-affected No Those unaffected by Includes all residents; does not political decisions of the necessarily exclude non-residents, state. but other factors (geography, finance, etc. ) play more important role. Includes all residents; does not necessarily exclude non-residents who have a genuine stake in the polity 4 Derived from Iseult Honohan and Derek S. Hutcheson (forthcoming 2015), ‘Transnational Citizenship and Access to Electoral Rights: Defining the Demos in European States’, in Johan A. Elkink and David Farrell, The Act of Voting (Routledge).

Differential voting rights at national and local level • ‘Restricting the local franchise to national citizens, or EU citizens, or to the citizens of those states that grant a reciprocal franchise introduces a conditionality for the local franchise that has nothing to do with the powers and functions of local selfgovernment. ’ – Bauböck 2015. • Immigration status in principle no different from intra-country migrants. • Nested within national regimes. • No local immigration/citizenship status. 5

Legal Context • EU broadly in favour through ‘soft’ law, as integration tool: • Common Basic Principles for Immigrant Integration in the EU (JHA Council, 2004). • The EP has advocated the extension of the local franchise since 1996. • Article 6 of the 1992 Council of Europe Convention on the Participation of Foreigners in Public Life (signed by 8 Member states and ratified by 5 only). • BUT not through ‘hard’ law: • “[t]he European Parliament and the Council, acting in accordance with the ordinary legislative procedure, may establish measures to provide incentives and support for the action of Member States with a view to promoting the integration of third-country nationals residing legally in their territories, excluding any harmonisation of the laws and regulations of the Member States. ” (Art. 79. 4 TFEU) 6

Selective enfranchisement • Membership of an international association of states other than the EU: - Nordic Union (Norway and Iceland) in DK, FI & SE - Commonwealth citizens in the United Kingdom - Citizens of the Community of Portuguese Language Countries (CPLP) in Portugal (only applies to Brazil and Cape Verde) • Bilateral agreements applied on the basis of reciprocity - Inactive provisions in Cyprus and the Czech Republic - Growing and eclectic list of countries in Spain and Portugal • Special ties based on linguistic or cultural affinities - Irish citizens residing the UK - Facilitated access for holders of a ‘omogenis’ I. D. in Greece 11

Policy recommendations • Converging towards a common approach • Harmonising residence-based conditions is beyond EU competence • BUT Council Directive 2003/109/EC lays down criteria for longterm residence requirements • Recommendation that these should be considered the maximum requirements for enfranchisement • Increasing Electoral Participation • Lowering registration barriers • Information campaigns promoting the benefits of voting. 13