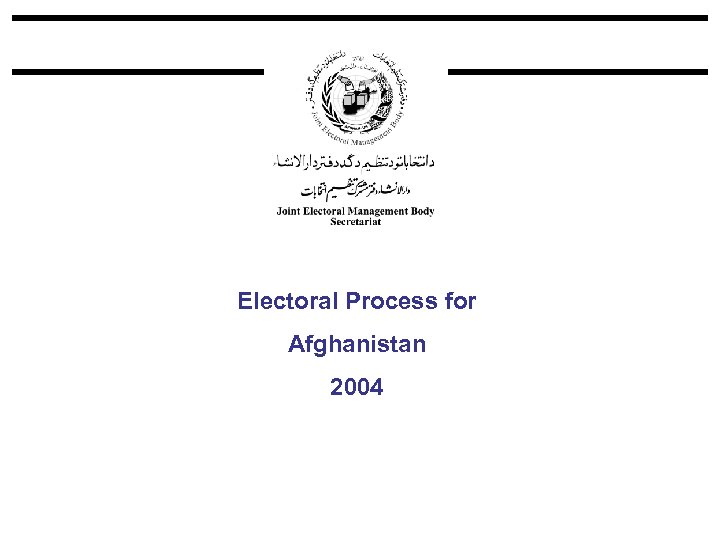 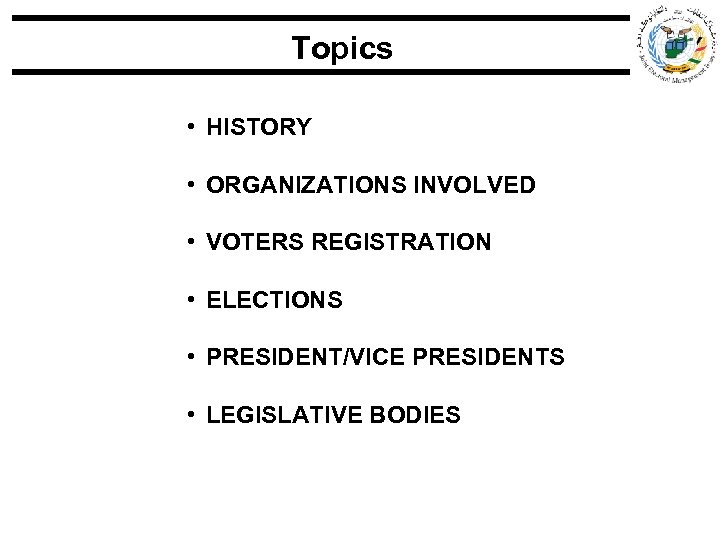 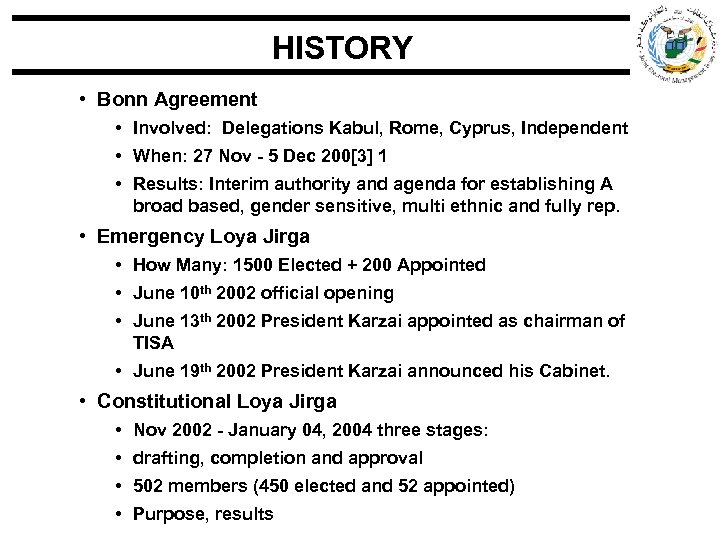 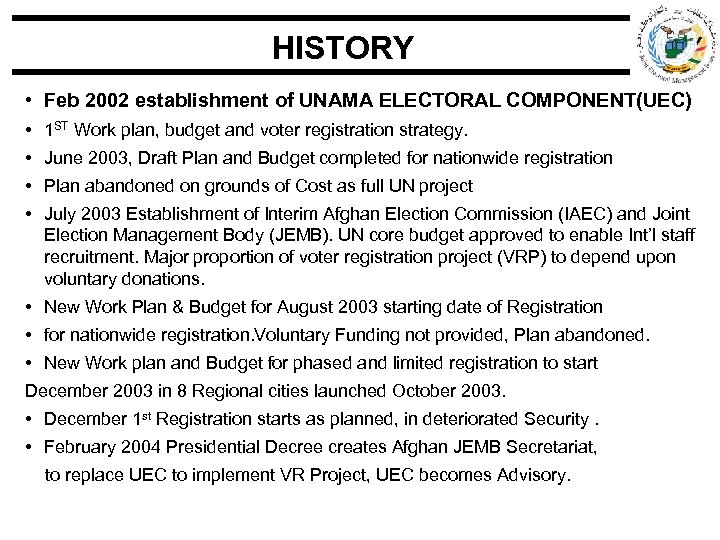 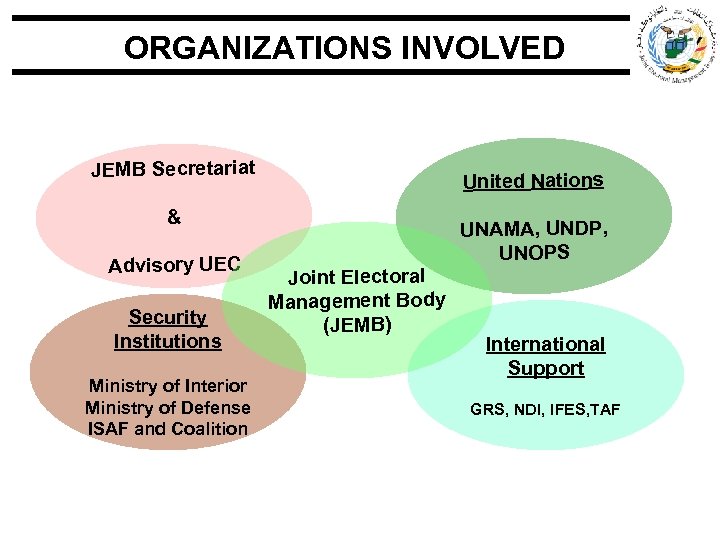 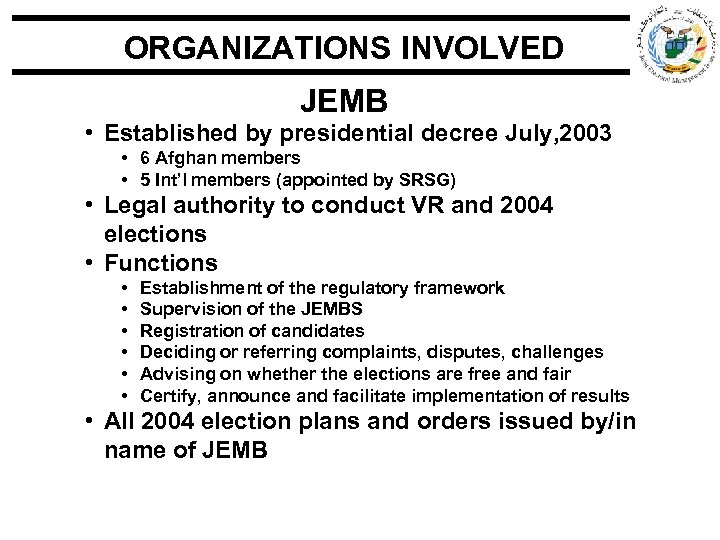 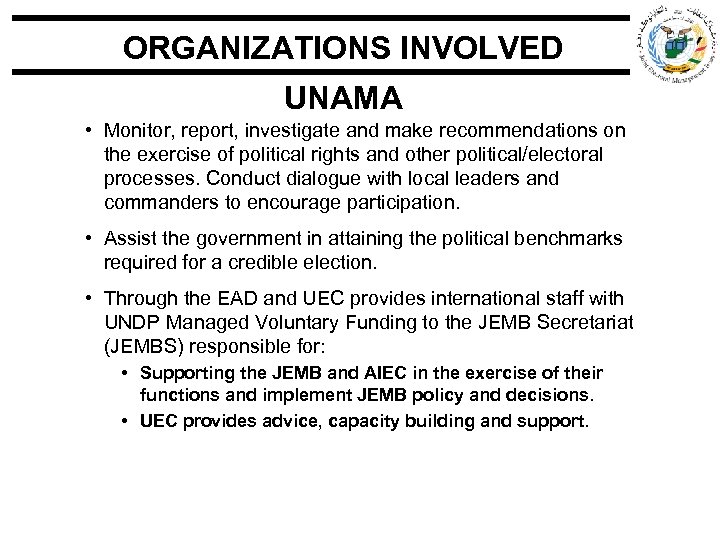 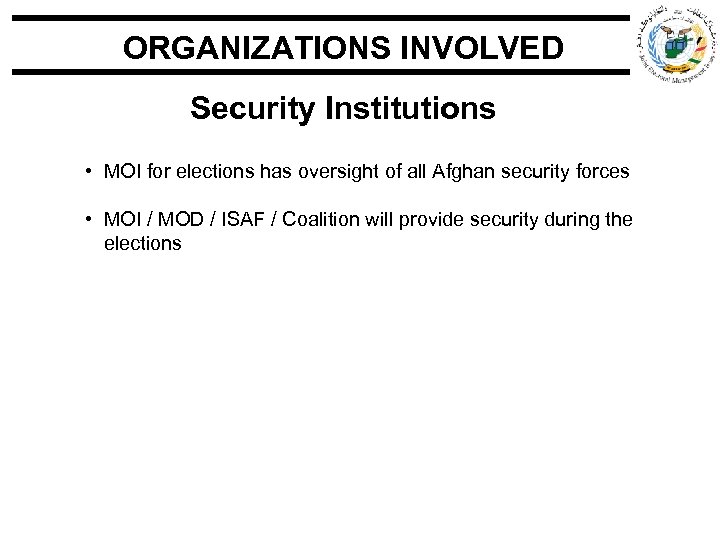 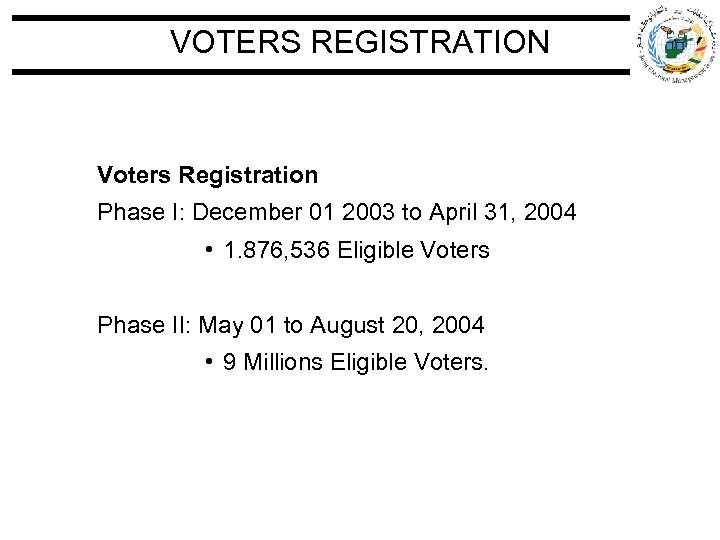 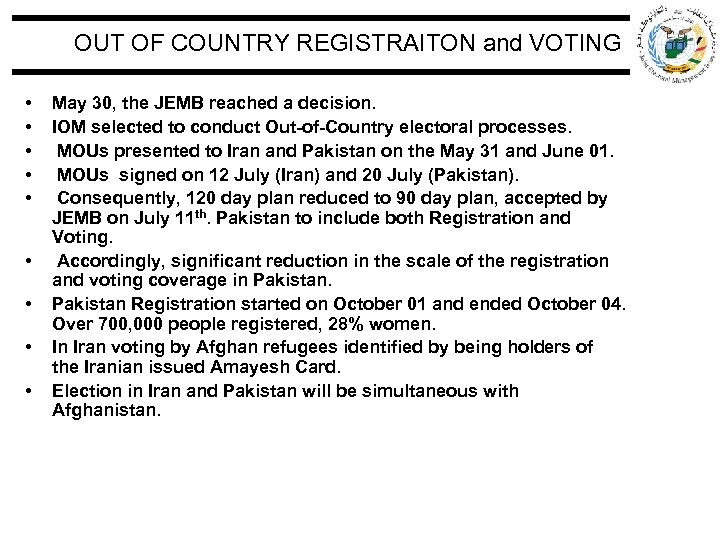 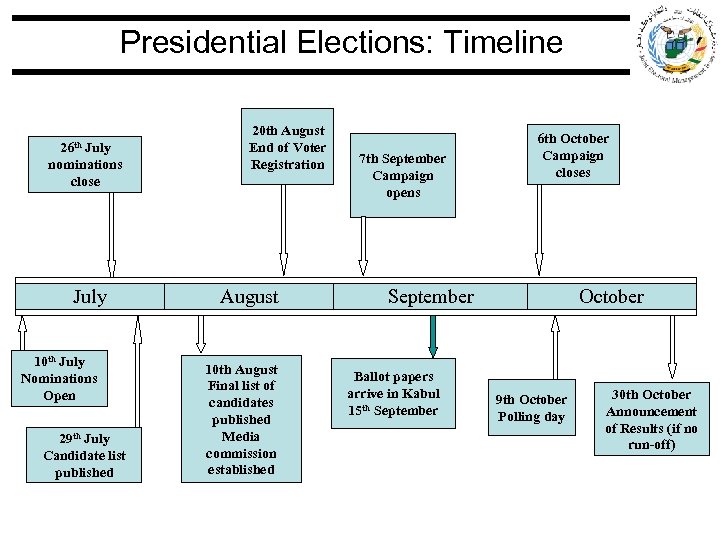 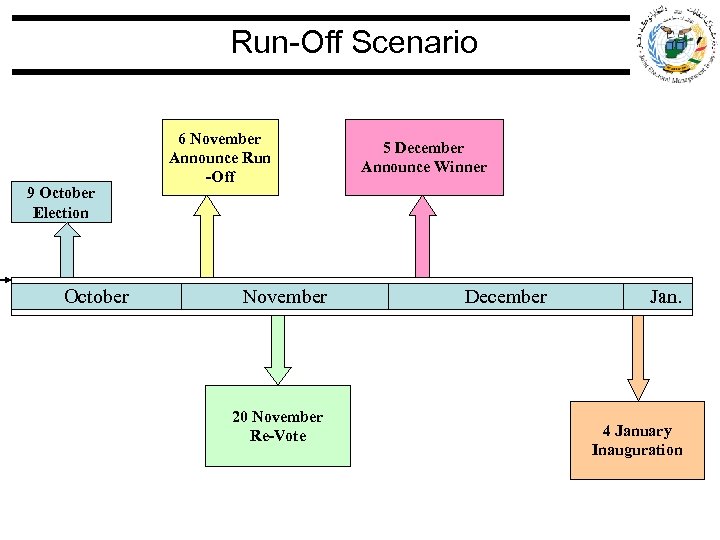 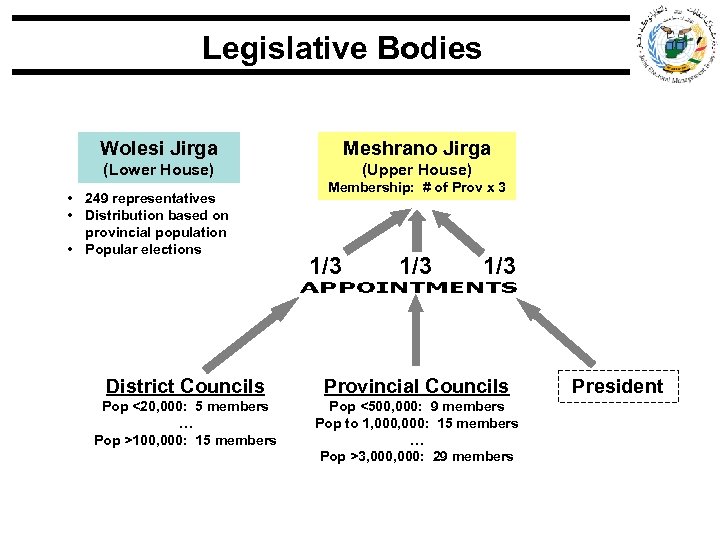 ORGANIZATIONS INVOLVED UNAMA • Monitor, report, investigate and make recommendations on the exercise of political rights and other political/electoral processes. Conduct dialogue with local leaders and commanders to encourage participation. • Assist the government in attaining the political benchmarks required for a credible election. • Through the EAD and UEC provides international staff with UNDP Managed Voluntary Funding to the JEMB Secretariat (JEMBS) responsible for: • Supporting the JEMB and AIEC in the exercise of their functions and implement JEMB policy and decisions. • UEC provides advice, capacity building and support.

OUT OF COUNTRY REGISTRAITON and VOTING • • • May 30, the JEMB reached a decision. IOM selected to conduct Out-of-Country electoral processes. MOUs presented to Iran and Pakistan on the May 31 and June 01. MOUs signed on 12 July (Iran) and 20 July (Pakistan). Consequently, 120 day plan reduced to 90 day plan, accepted by JEMB on July 11 th. Pakistan to include both Registration and Voting. Accordingly, significant reduction in the scale of the registration and voting coverage in Pakistan Registration started on October 01 and ended October 04. Over 700, 000 people registered, 28% women. In Iran voting by Afghan refugees identified by being holders of the Iranian issued Amayesh Card. Election in Iran and Pakistan will be simultaneous with Afghanistan.