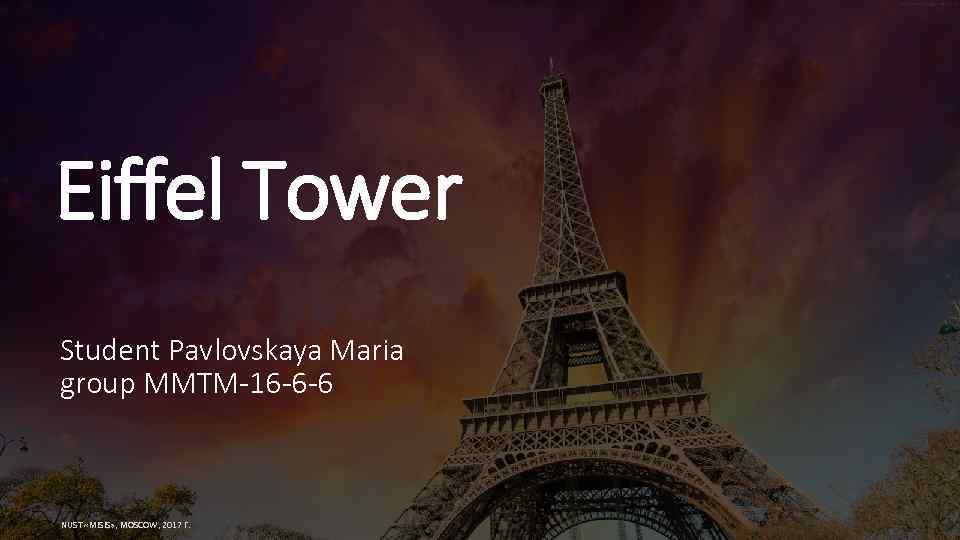 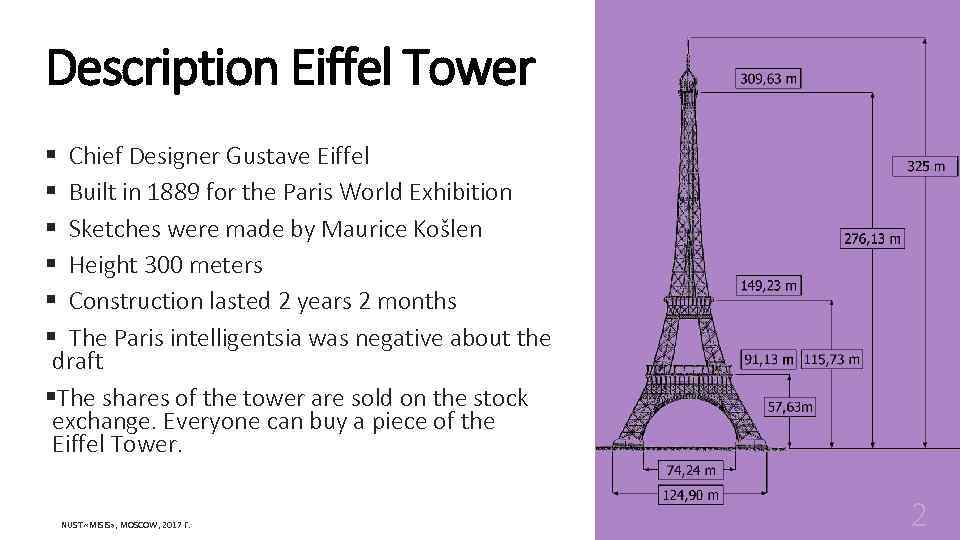 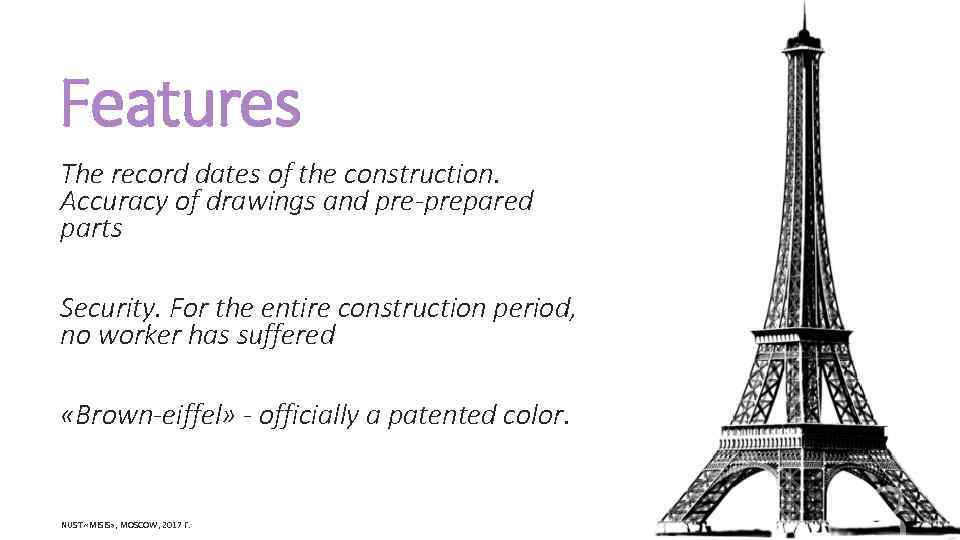 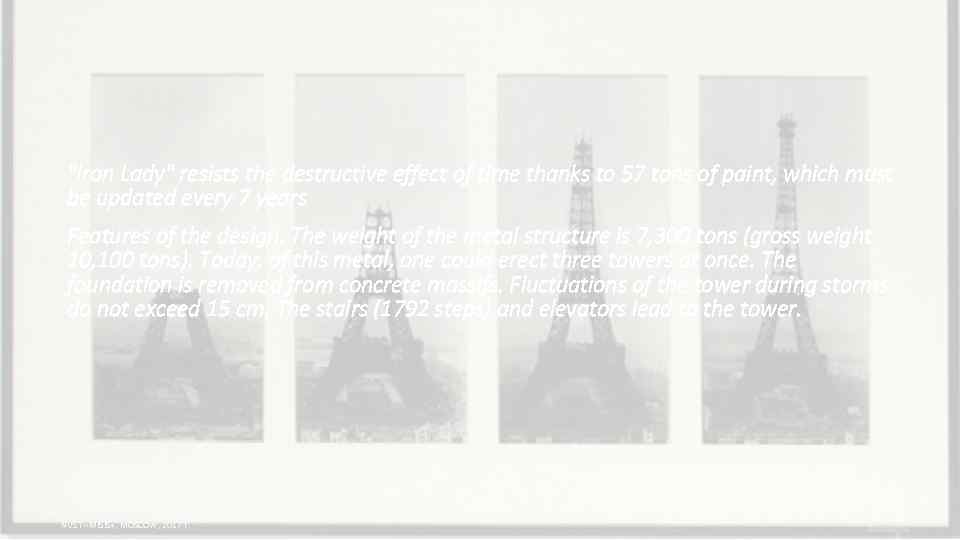 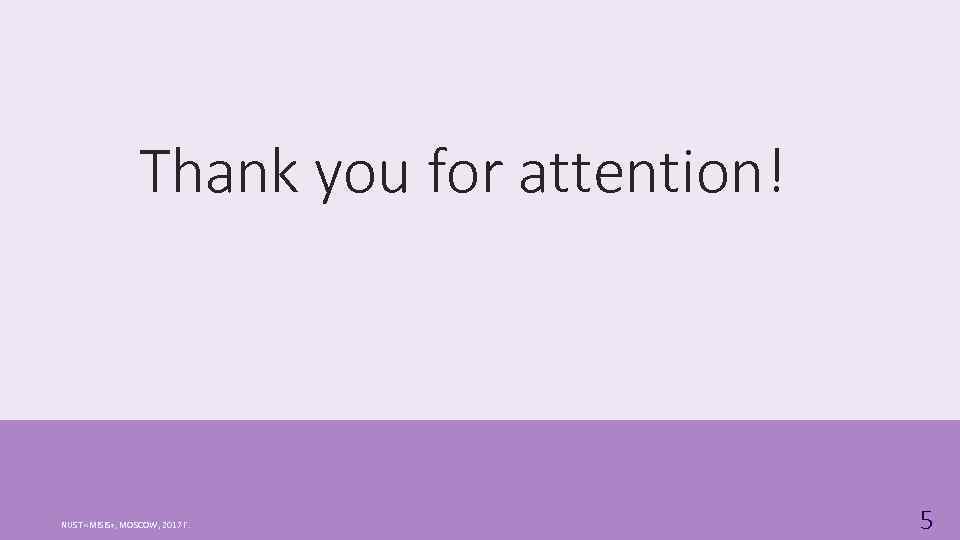 Description Eiffel Tower § Chief Designer Gustave Eiffel § Built in 1889 for the Paris World Exhibition § Sketches were made by Maurice Košlen § Height 300 meters § Construction lasted 2 years 2 months § The Paris intelligentsia was negative about the draft §The shares of the tower are sold on the stock exchange. Everyone can buy a piece of the Eiffel Tower. NUST «МISIS» , МОSCOW, 2017 Г. 2

Features The record dates of the construction. Accuracy of drawings and pre-prepared parts Security. For the entire construction period, no worker has suffered «Brown-eiffel» - officially a patented color. NUST «МISIS» , МОSCOW, 2017 Г.

"Iron Lady" resists the destructive effect of time thanks to 57 tons of paint, which must be updated every 7 years Features of the design. The weight of the metal structure is 7, 300 tons (gross weight 10, 100 tons). Today, of this metal, one could erect three towers at once. The foundation is removed from concrete massifs. Fluctuations of the tower during storms do not exceed 15 cm. The stairs (1792 steps) and elevators lead to the tower. NUST «МISIS» , МОSCOW, 2017 Г.