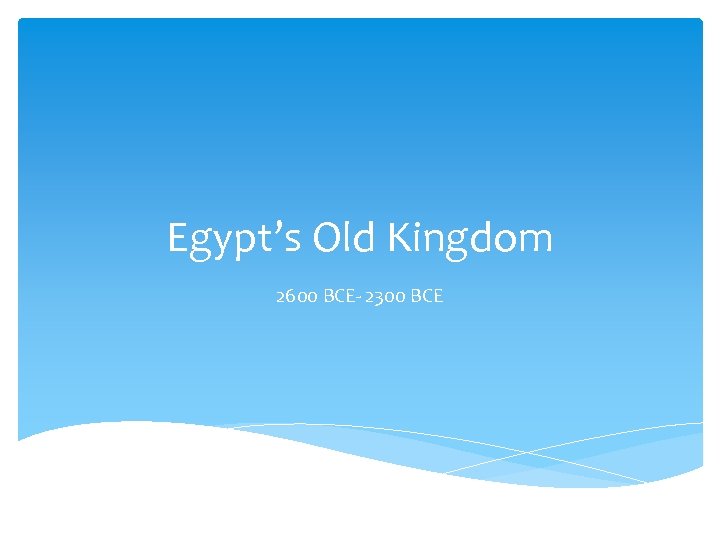 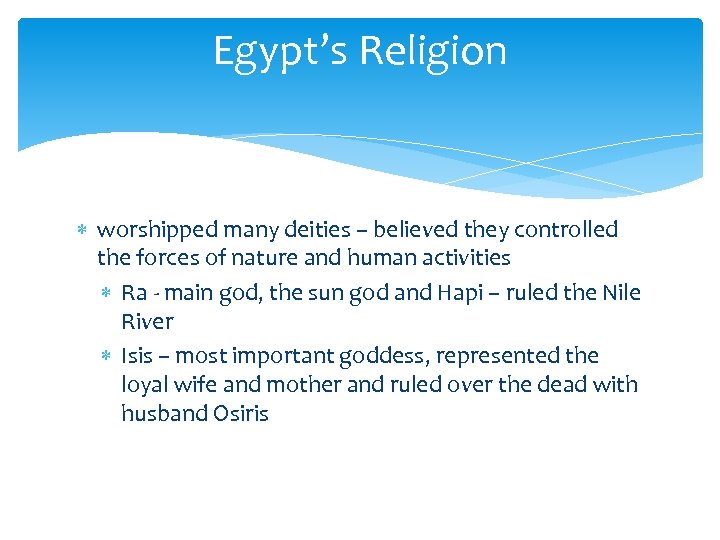 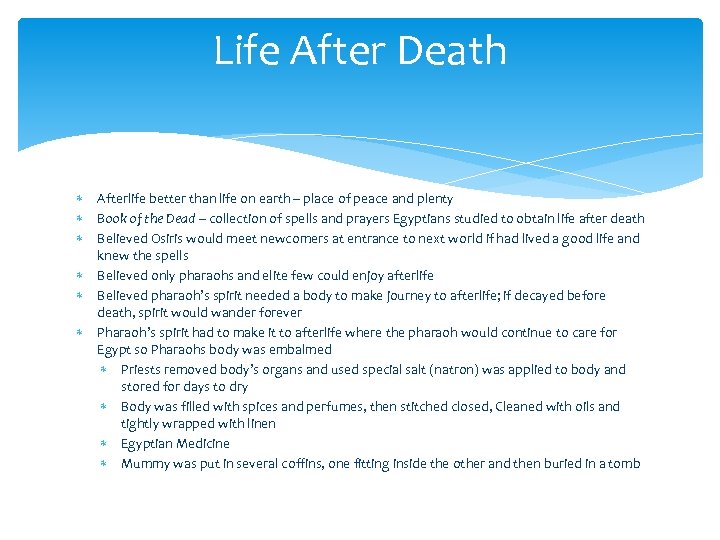 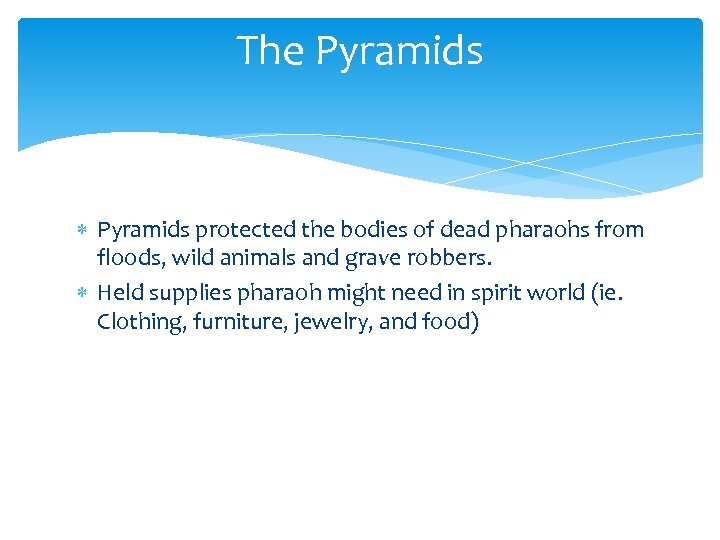 Egypt’s Religion worshipped many deities – believed they controlled the forces of nature and human activities Ra - main god, the sun god and Hapi – ruled the Nile River Isis – most important goddess, represented the loyal wife and mother and ruled over the dead with husband Osiris

Life After Death Afterlife better than life on earth – place of peace and plenty Book of the Dead – collection of spells and prayers Egyptians studied to obtain life after death Believed Osiris would meet newcomers at entrance to next world if had lived a good life and knew the spells Believed only pharaohs and elite few could enjoy afterlife Believed pharaoh’s spirit needed a body to make journey to afterlife; if decayed before death, spirit would wander forever Pharaoh’s spirit had to make it to afterlife where the pharaoh would continue to care for Egypt so Pharaohs body was embalmed Priests removed body’s organs and used special salt (natron) was applied to body and stored for days to dry Body was filled with spices and perfumes, then stitched closed, Cleaned with oils and tightly wrapped with linen Egyptian Medicine Mummy was put in several coffins, one fitting inside the other and then buried in a tomb

Egyptian Medicine Used herbs and drugs to treat illnesses Skilled at sewing up cuts and setting broken bones Some doctors focused on treating particular parts of the body, becoming first specialists in medicine

How Was a Pyramid Built? Took thousands of workers many years to build Most work done by farmers during Nile floods Also required surveyors, engineers, carpenters and stone cutters Pyramid set on square base with entrance facing north To determine north, they studied and developed principles of astronomy and thus invented a 365 -day calendar with 12 months and 3 seasons. (became basis for our present day calendar) Made advances in mathematics to determine amount of stone needed angles necessary Invented system of numbers based on 10 Created fractions; with whole numbers to add, subtract, and divide Traveled to get stone Used copper tools to cut stone into blocks Tied blocks to wooden sleds and bulled them to the Nile Loaded stones into barges to the building site Blocks dragged or pushed up ramps to be set

The Great Pyramid The largest and grandest of the pyramids Built for King Khufu & one of three still standing in Giza on west bank of Nile Rises almost 500 feet above desert, covers area about nine football fields and contains more than 200 stone blocks (each weighs about 2. 5 tons). Was tallest structure in world for more than 4, 000 years; size of 48 story building and is largest of about 80 pyramids in Egypt Built without beast of burden, special tools or wheel

History of English I, Part 7 Krista