Egypt By Gabriel The Flag of Egypt 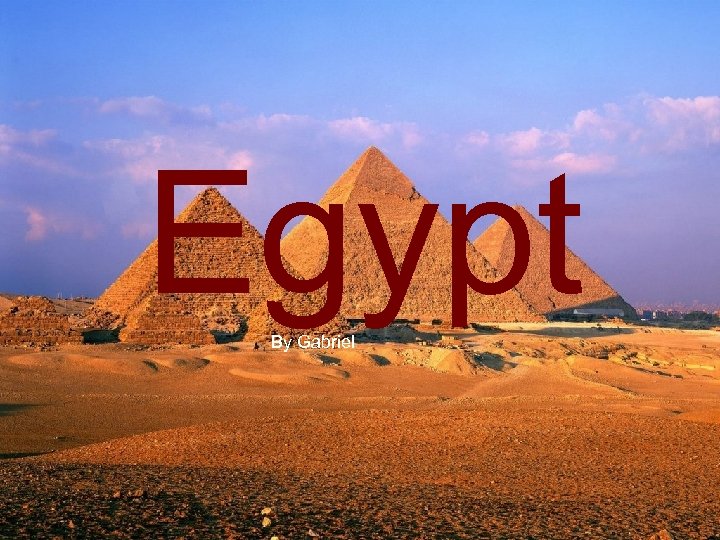 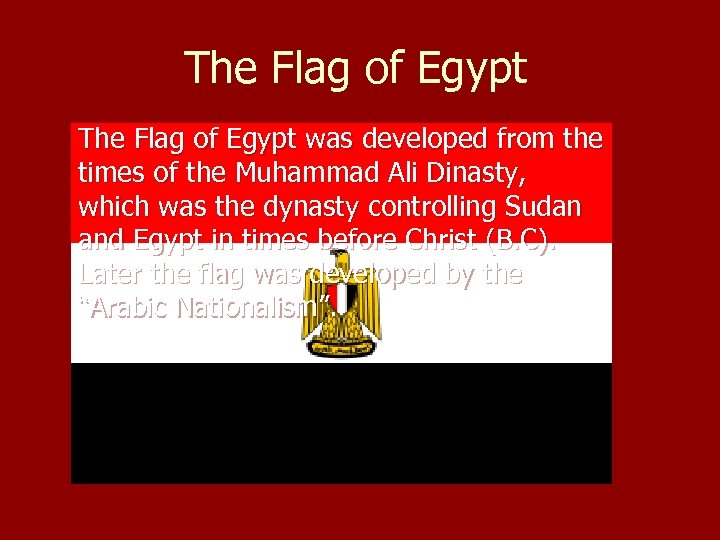 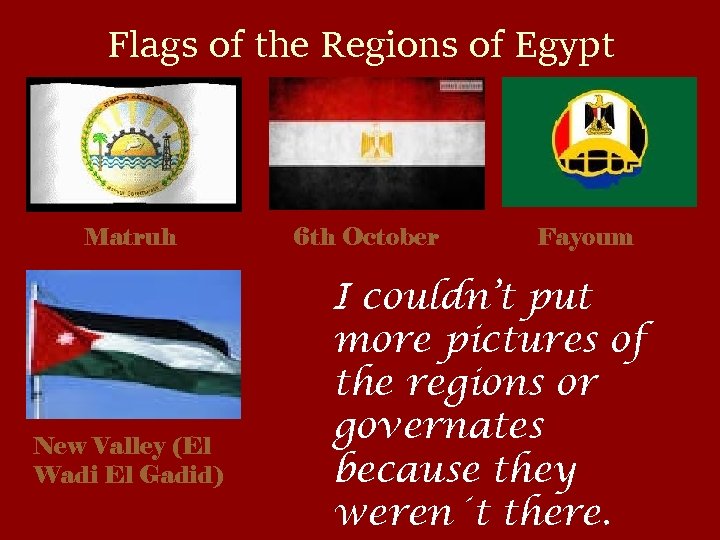 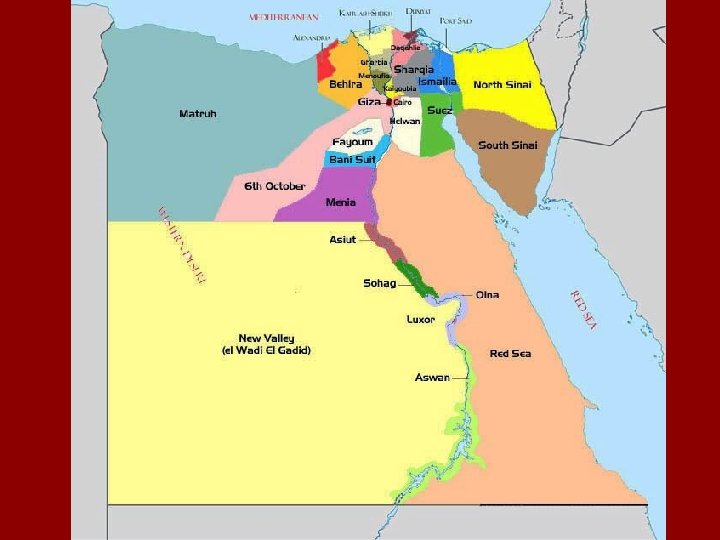 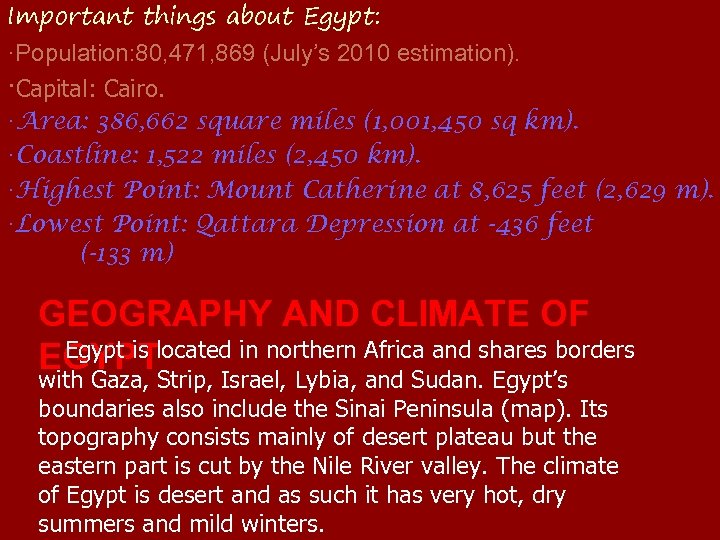 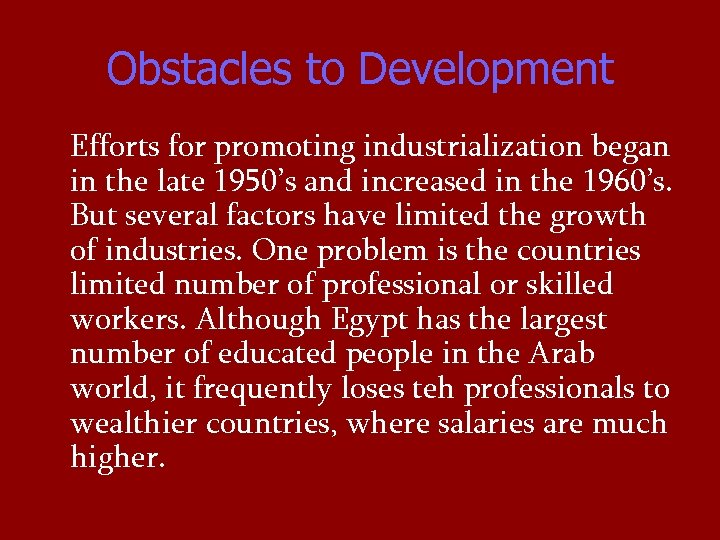 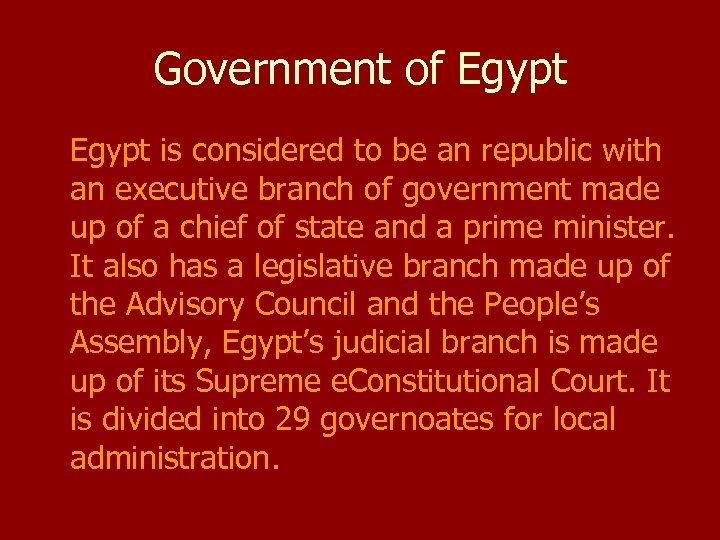 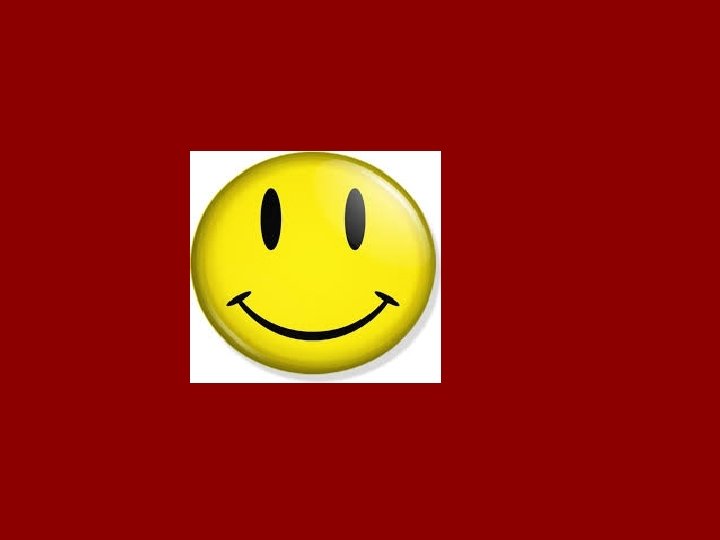 Скачать презентацию Egypt By Gabriel The Flag of Egypt

The Flag of Egypt was developed from the times of the Muhammad Ali Dinasty, which was the dynasty controlling Sudan and Egypt in times before Christ (B. C). Later the flag was developed by the “Arabic Nationalism”.

Flags of the Regions of Egypt Matruh New Valley (El Wadi El Gadid) 6 th October Fayoum I couldn’t put more pictures of the regions or governates because they weren´t there.

The 29 Regions or governorates of Egypt

Obstacles to Development Efforts for promoting industrialization began in the late 1950’s and increased in the 1960’s. But several factors have limited the growth of industries. One problem is the countries limited number of professional or skilled workers. Although Egypt has the largest number of educated people in the Arab world, it frequently loses teh professionals to wealthier countries, where salaries are much higher.

Government of Egypt is considered to be an republic with an executive branch of government made up of a chief of state and a prime minister. It also has a legislative branch made up of the Advisory Council and the People’s Assembly, Egypt’s judicial branch is made up of its Supreme e. Constitutional Court. It is divided into 29 governoates for local administration.

Thank you for wathching my video