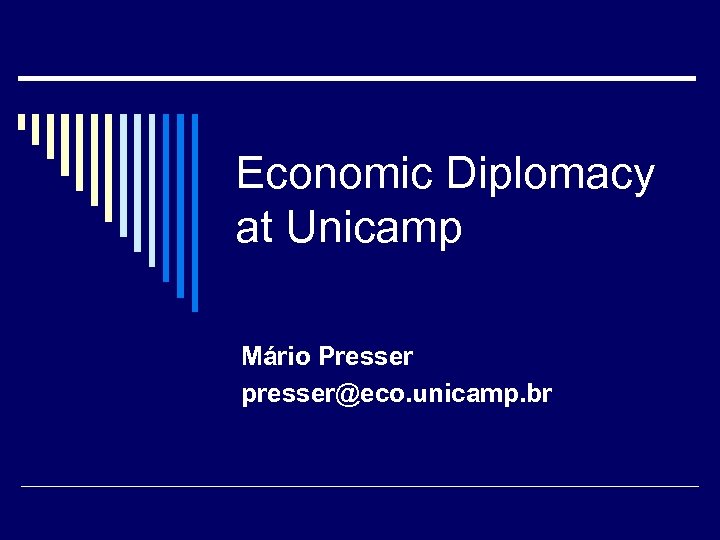 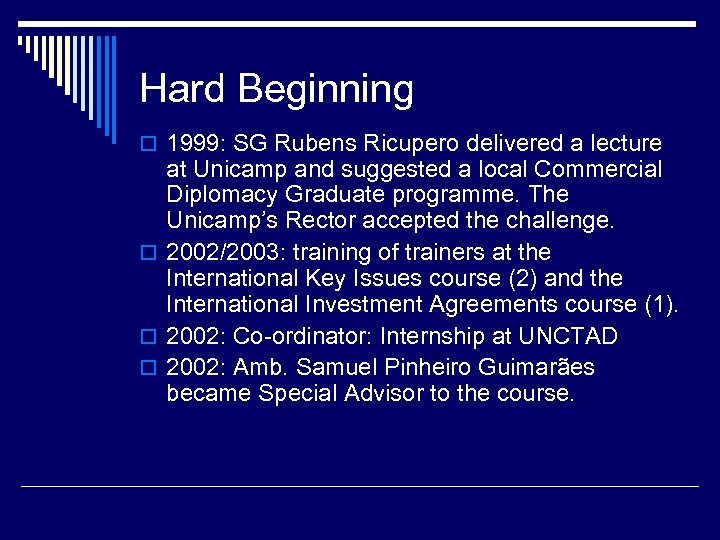 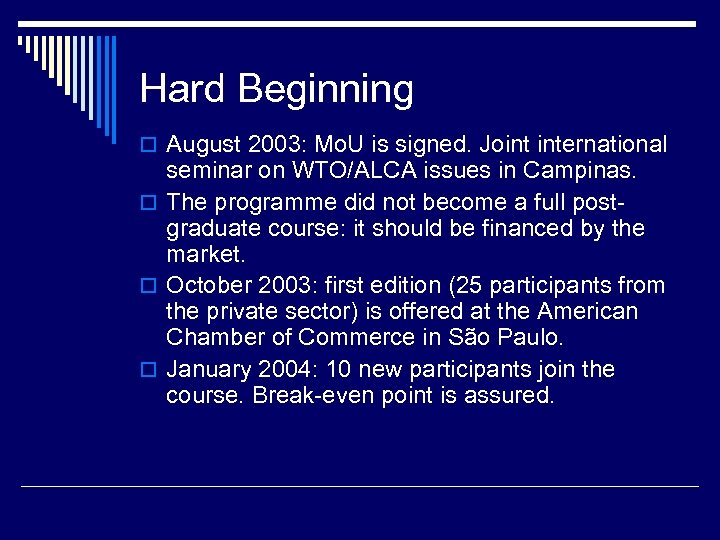 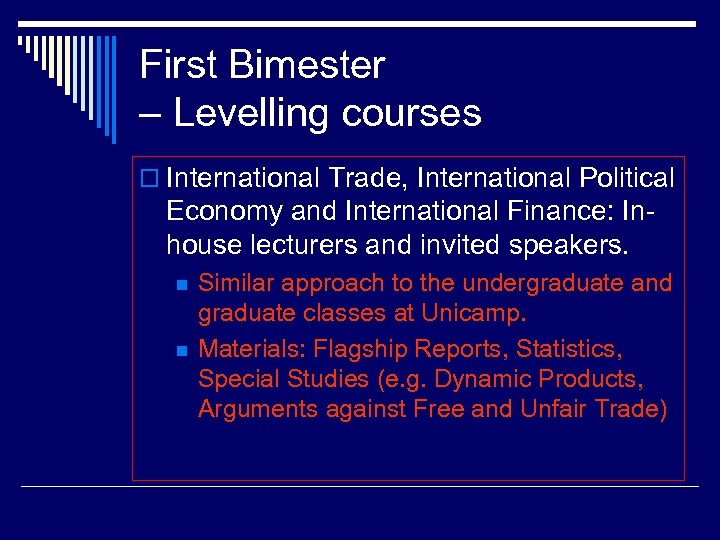 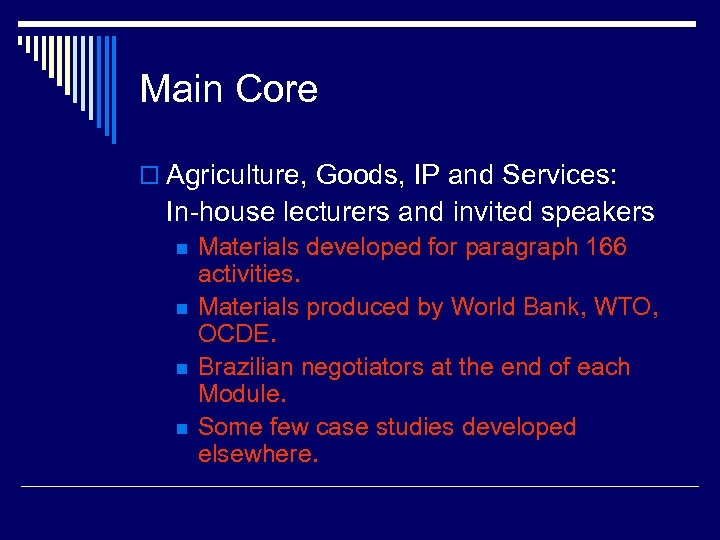 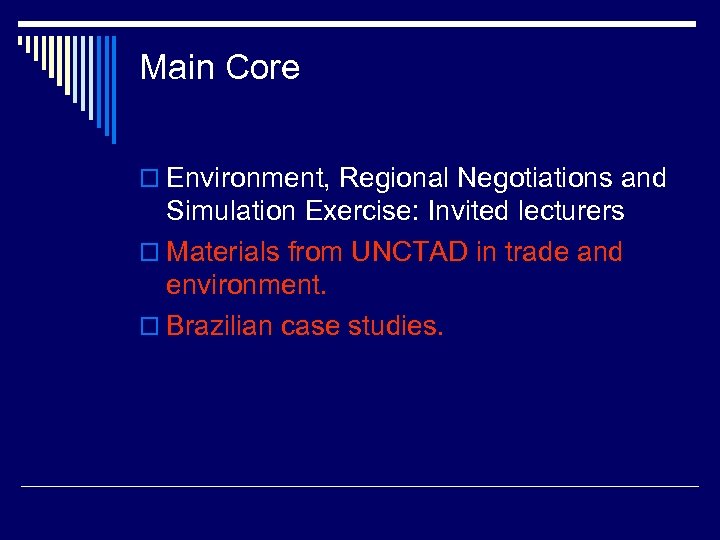 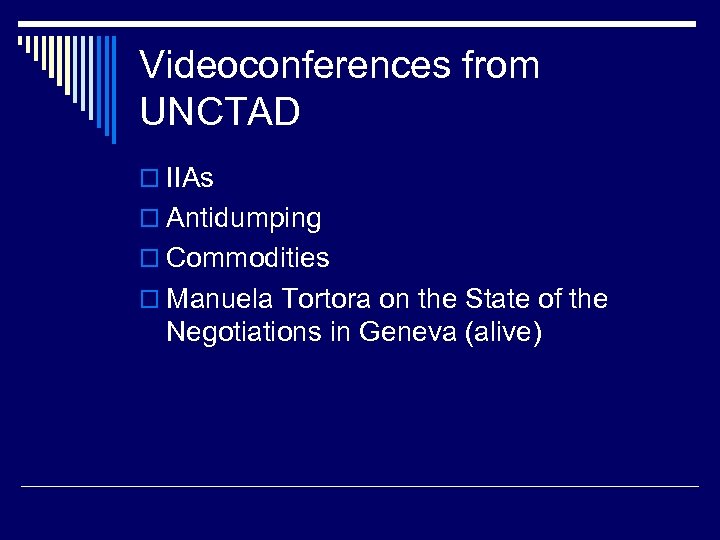 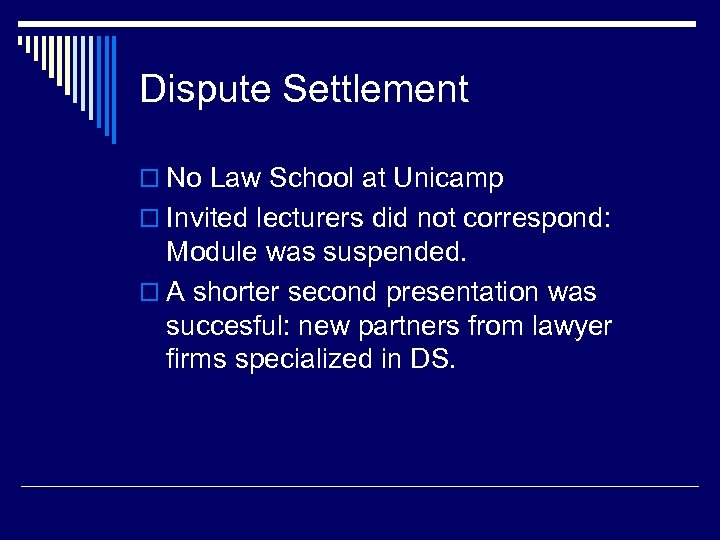 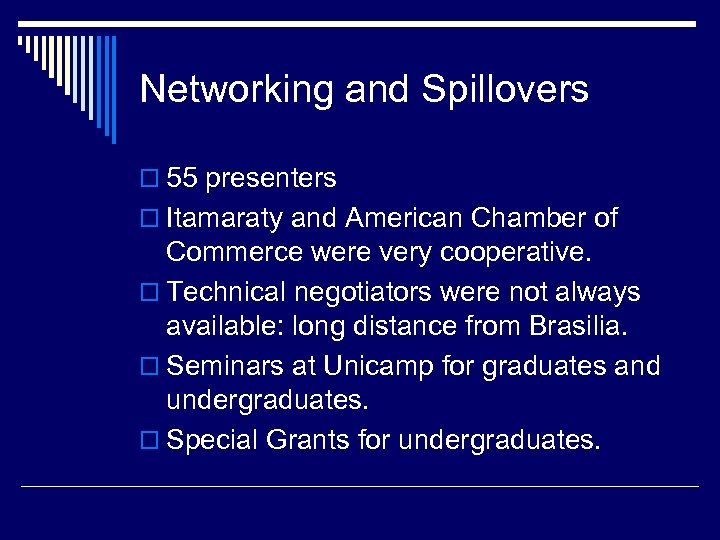 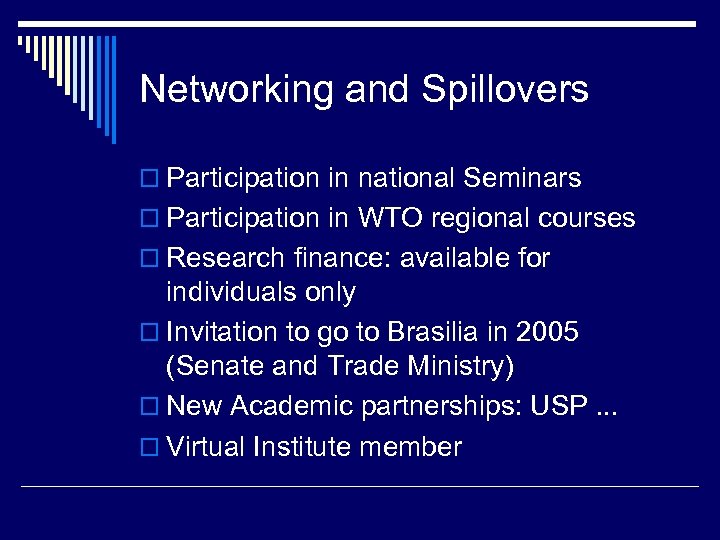 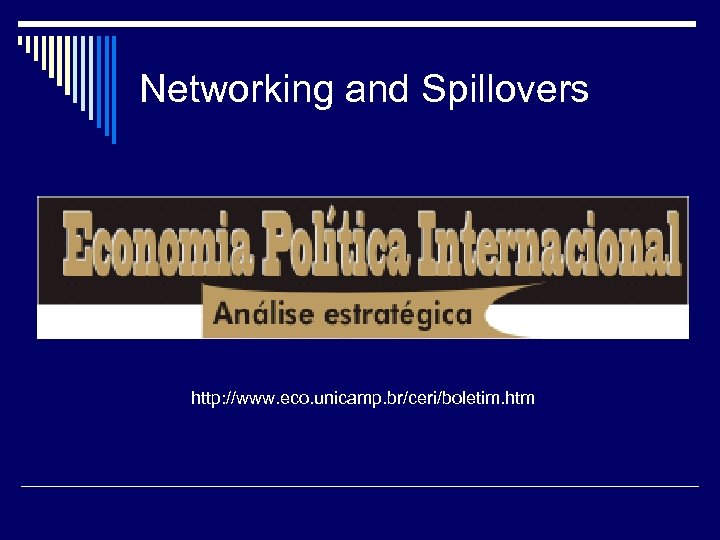 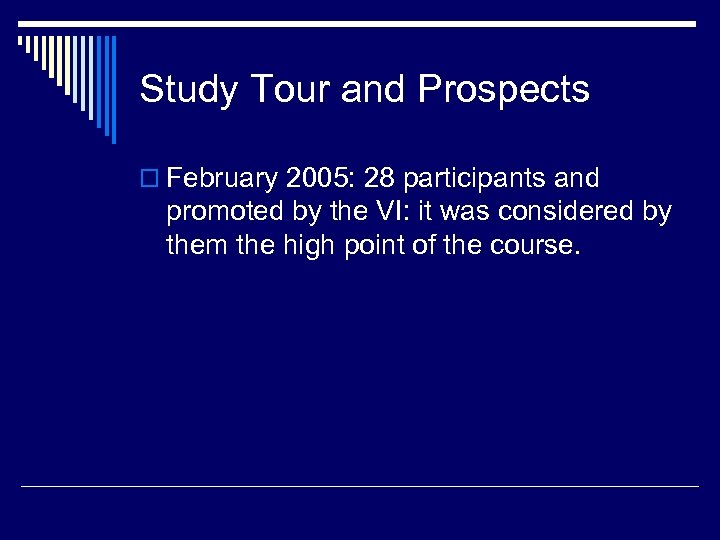 Hard Beginning o August 2003: Mo. U is signed. Joint international seminar on WTO/ALCA issues in Campinas. o The programme did not become a full postgraduate course: it should be financed by the market. o October 2003: first edition (25 participants from the private sector) is offered at the American Chamber of Commerce in São Paulo. o January 2004: 10 new participants join the course. Break-even point is assured.

Study Tour and Prospects o February 2005: 28 participants and promoted by the VI: it was considered by them the high point of the course.

Lecture on the subject “Diplomatic and Consular Service”

Different Styles of Diplomacy is the area of