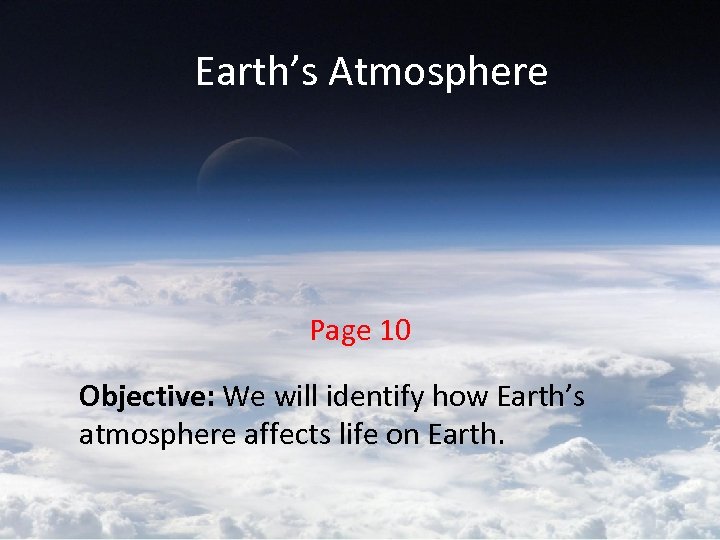 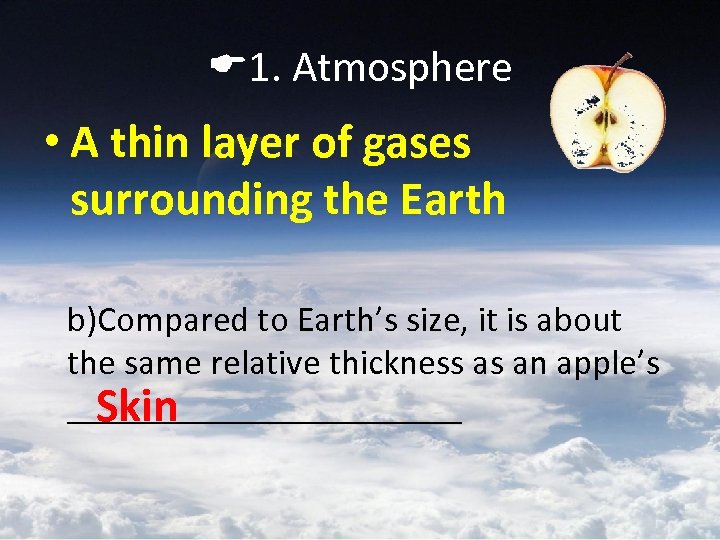 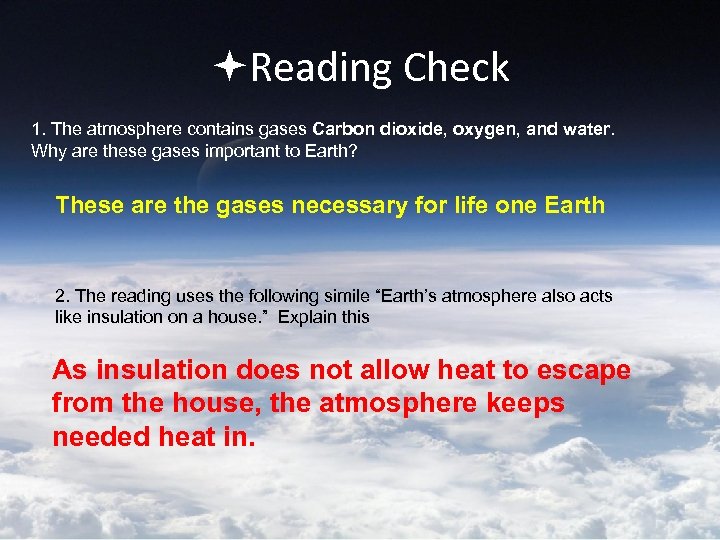 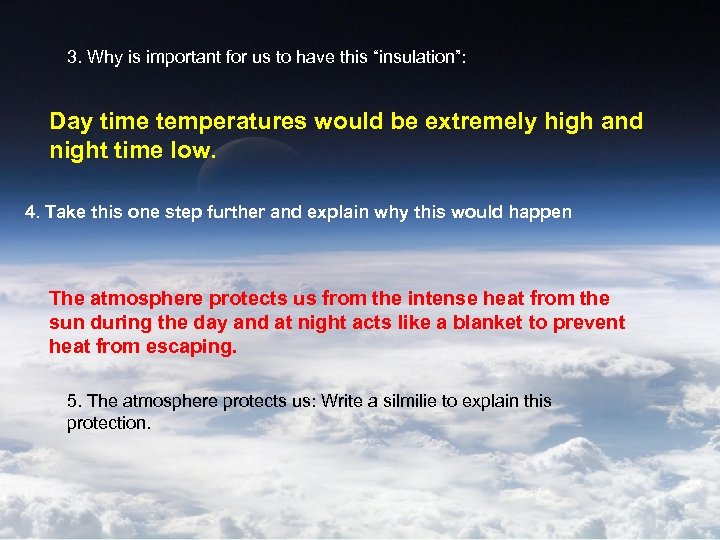 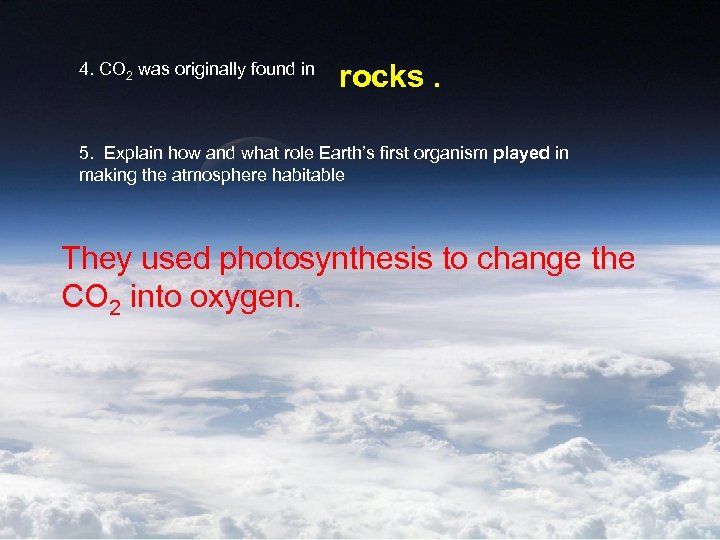 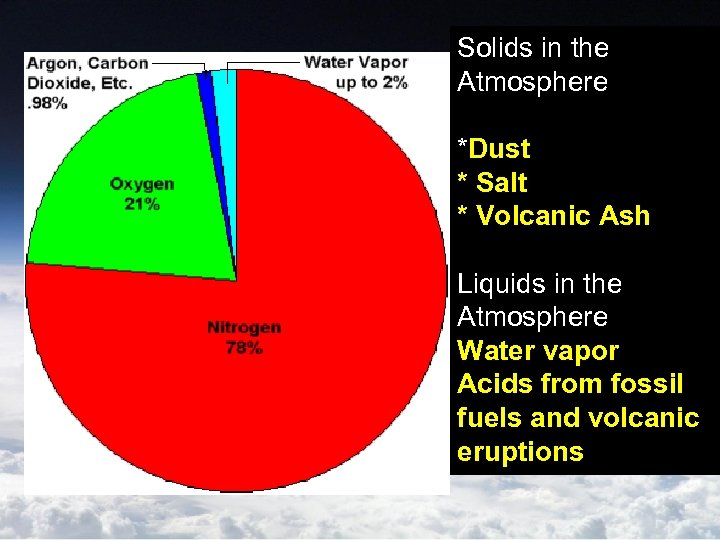 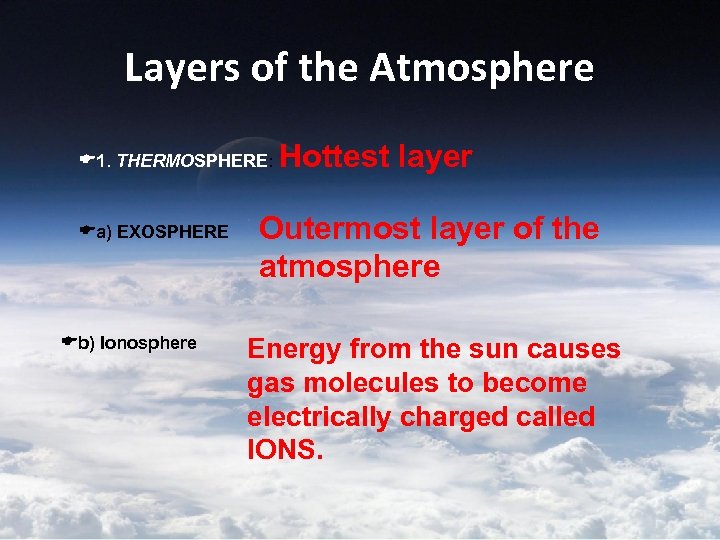 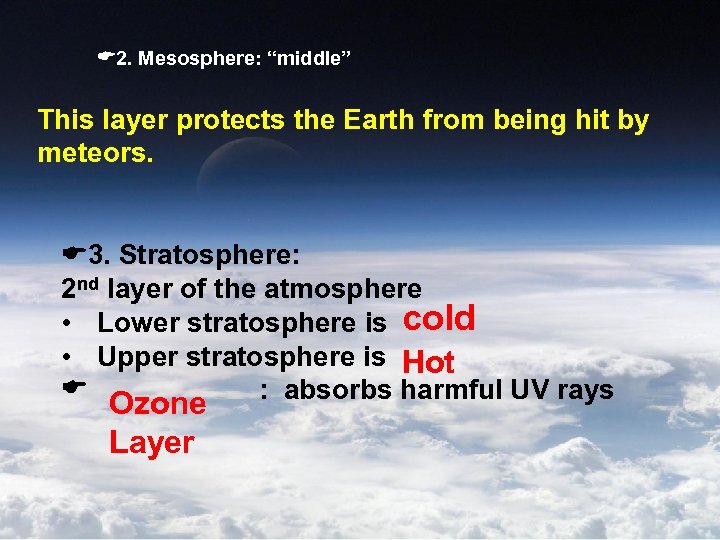 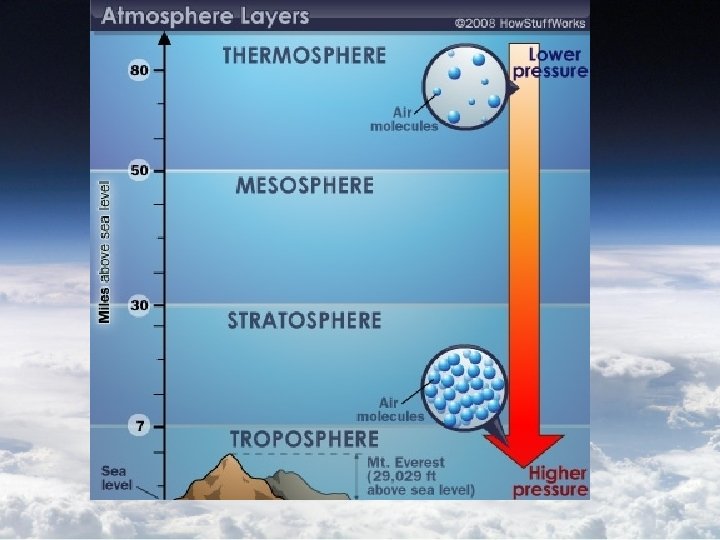 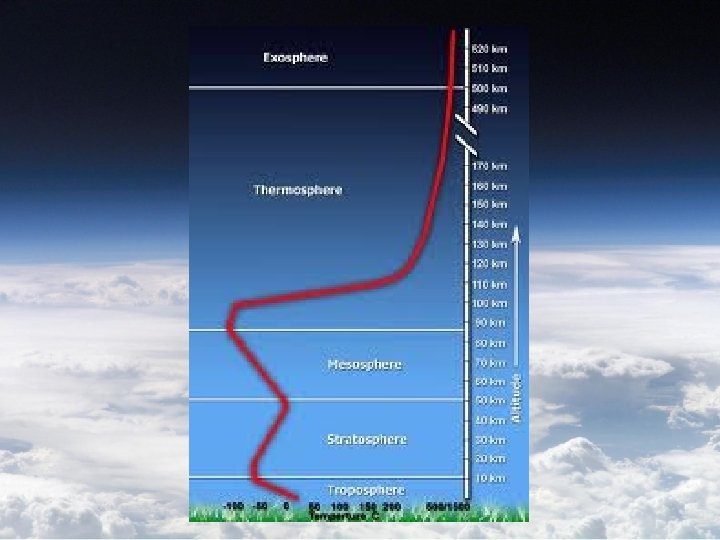 1. Atmosphere • A thin layer of gases surrounding the Earth b)Compared to Earth’s size, it is about the same relative thickness as an apple’s ___________ Skin

Reading Check 1. The atmosphere contains gases Carbon dioxide, oxygen, and water. Why are these gases important to Earth? These are the gases necessary for life one Earth 2. The reading uses the following simile “Earth’s atmosphere also acts like insulation on a house. ” Explain this As insulation does not allow heat to escape from the house, the atmosphere keeps needed heat in.

3. Why is important for us to have this “insulation”: Day time temperatures would be extremely high and night time low. 4. Take this one step further and explain why this would happen The atmosphere protects us from the intense heat from the sun during the day and at night acts like a blanket to prevent heat from escaping. 5. The atmosphere protects us: Write a silmilie to explain this protection.

Reading Check: Origins of Earth’s Atmosphere 1. Describe how the Earth’s atmosphere formed : Erupting volcanoes emitted gases that surrounded Earth. 2. Water Vapor water in its gaseous state 3. Describe how water formed on Earth The atmosphere cooled changing the water vapor into liquid which fell to the Earth over thousands of years.

4. CO 2 was originally found in rocks. 5. Explain how and what role Earth’s first organism played in making the atmosphere habitable They used photosynthesis to change the CO 2 into oxygen.

Layers of the Atmosphere 1. THERMOSPHERE: a) EXOSPHERE b) Ionosphere Hottest layer Outermost layer of the atmosphere Energy from the sun causes gas molecules to become electrically charged called IONS.