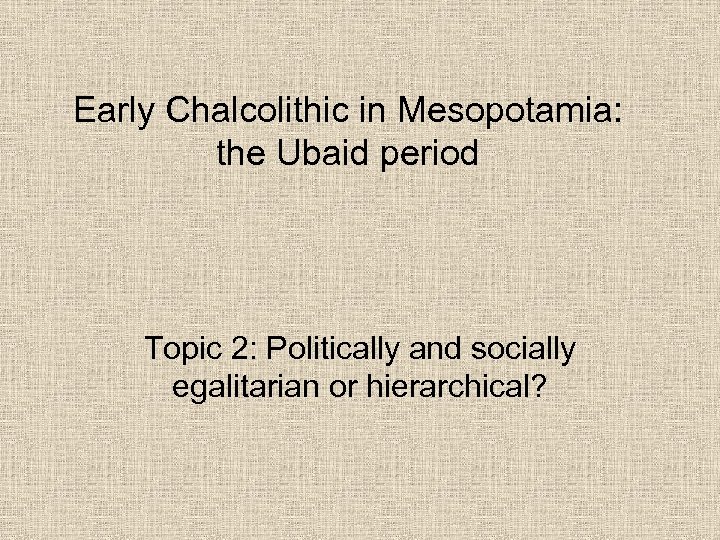 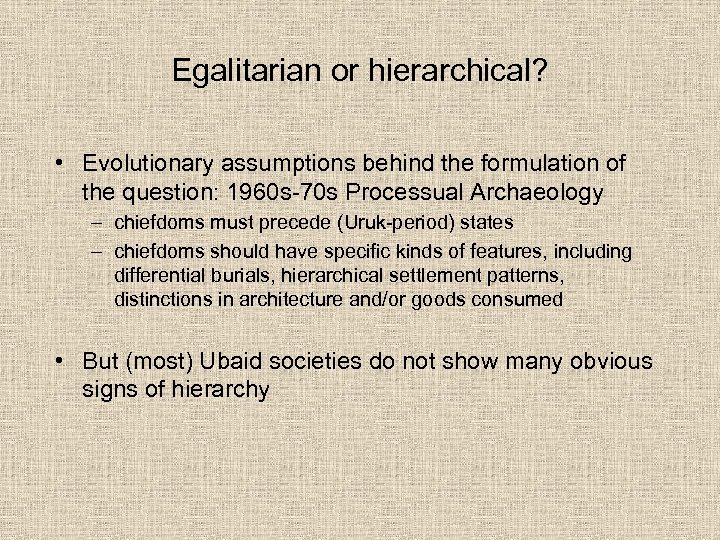 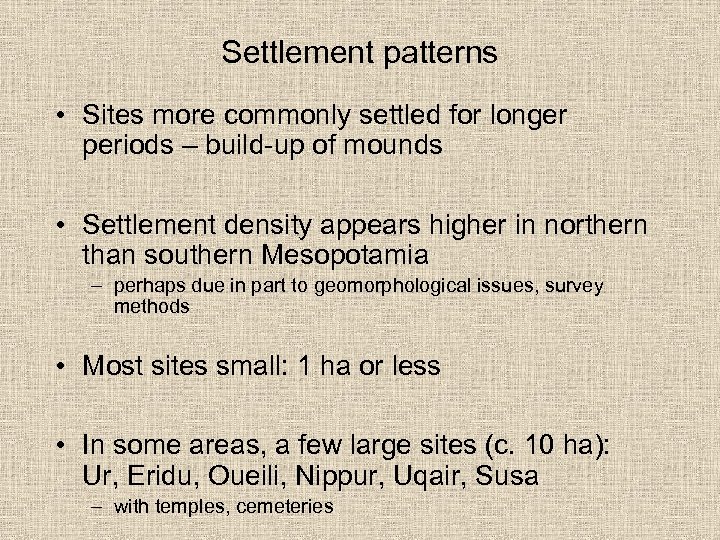 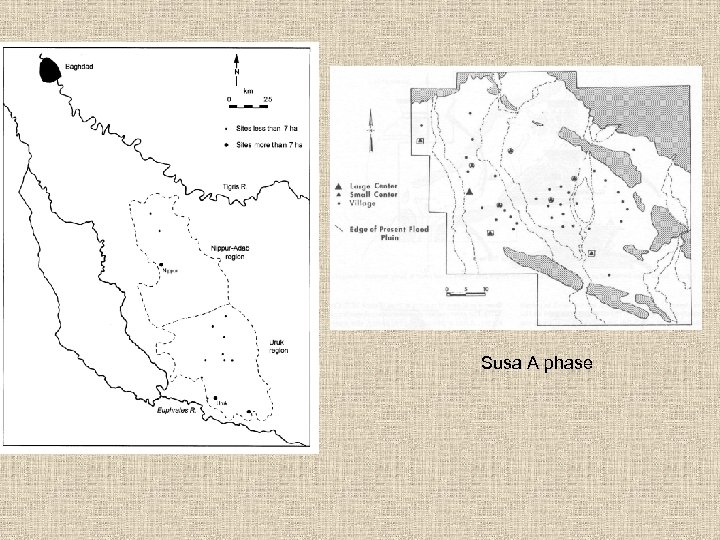 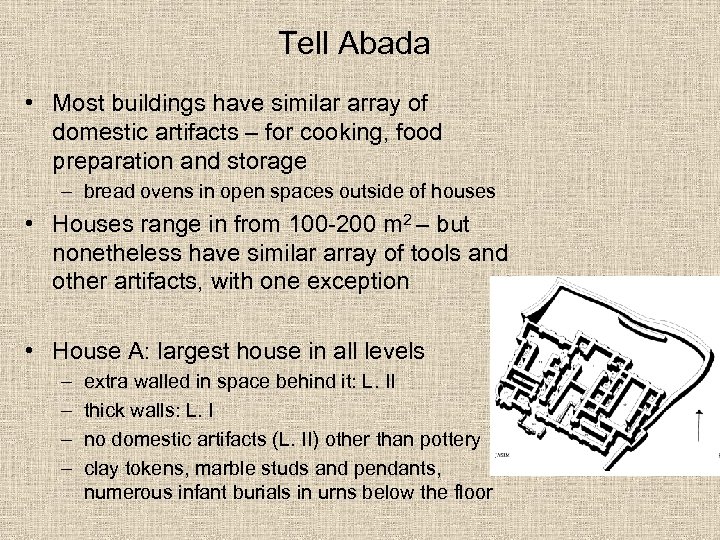 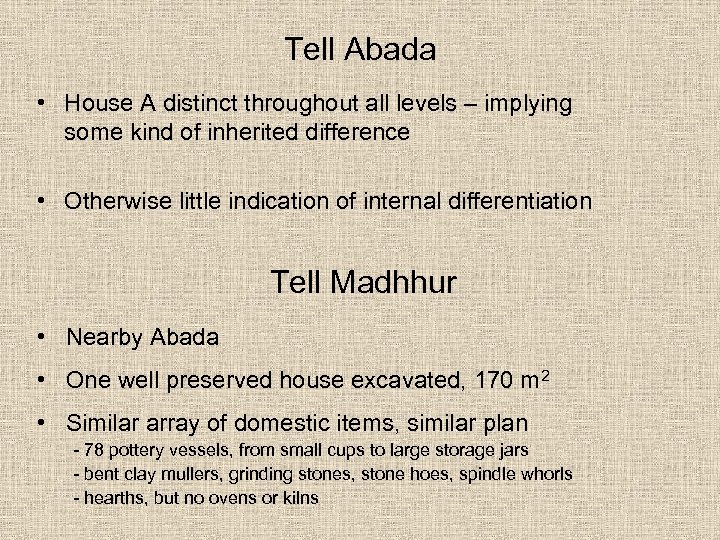 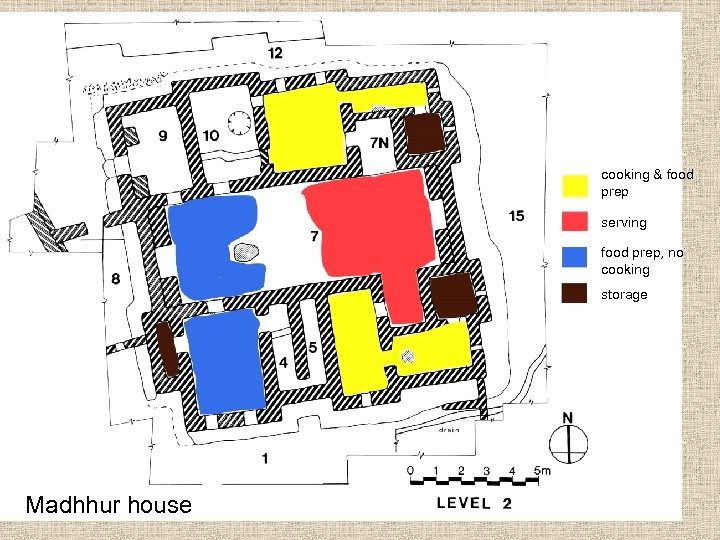 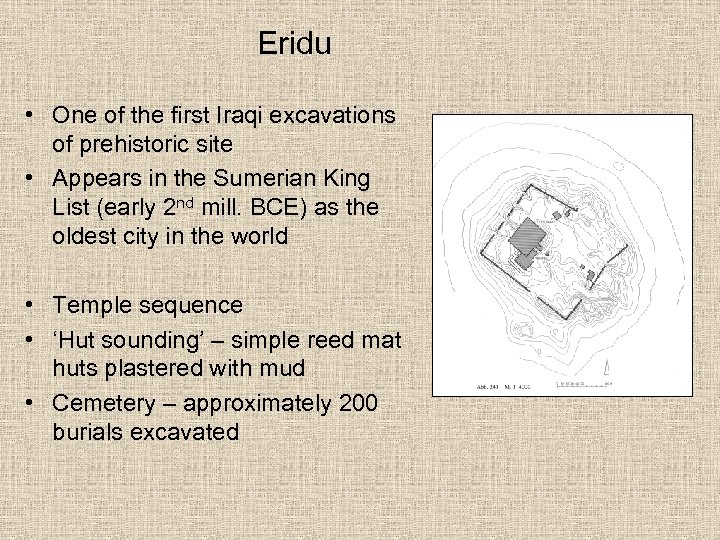 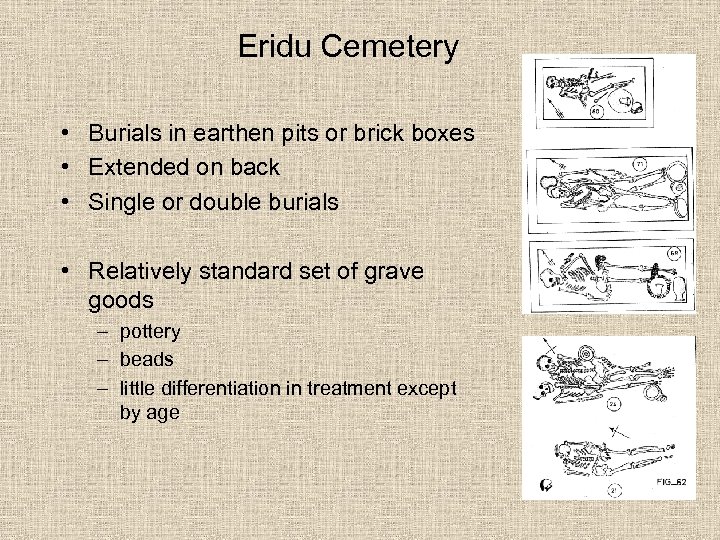 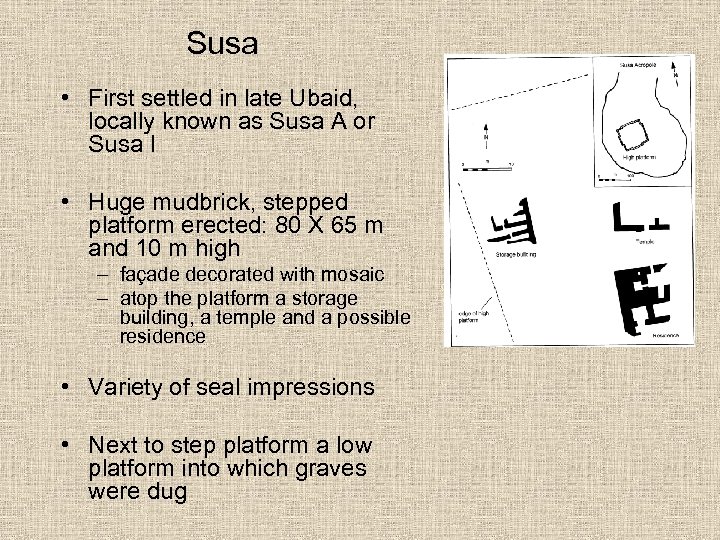 Egalitarian or hierarchical? • Evolutionary assumptions behind the formulation of the question: 1960 s-70 s Processual Archaeology – chiefdoms must precede (Uruk-period) states – chiefdoms should have specific kinds of features, including differential burials, hierarchical settlement patterns, distinctions in architecture and/or goods consumed • But (most) Ubaid societies do not show many obvious signs of hierarchy

Tell Abada • Most buildings have similar array of domestic artifacts – for cooking, food preparation and storage – bread ovens in open spaces outside of houses • Houses range in from 100 -200 m 2 – but nonetheless have similar array of tools and other artifacts, with one exception • House A: largest house in all levels – – extra walled in space behind it: L. II thick walls: L. I no domestic artifacts (L. II) other than pottery clay tokens, marble studs and pendants, numerous infant burials in urns below the floor

Susa • First settled in late Ubaid, locally known as Susa A or Susa I • Huge mudbrick, stepped platform erected: 80 X 65 m and 10 m high – façade decorated with mosaic – atop the platform a storage building, a temple and a possible residence • Variety of seal impressions • Next to step platform a low platform into which graves were dug

Susa Necropole • Approx. 2000 burials • Some primary, some secondary burials • Standard sets of pottery; many pieces particularly fine • Copper axes and mirrors for a small number of individuals • Some with beads • Exception to lack of differentiation and exotic goods • Also true for Late Ubaid Gawra