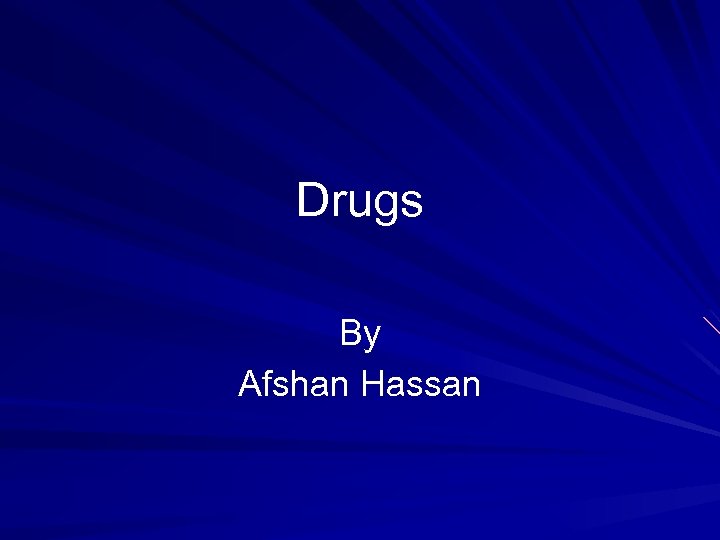 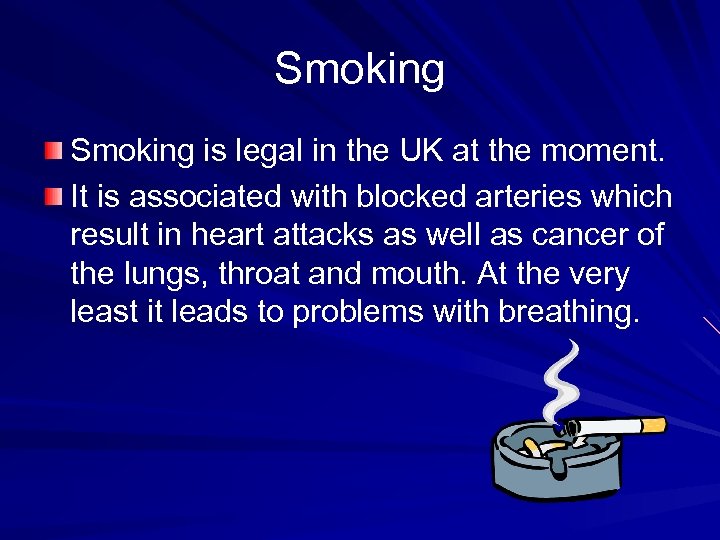 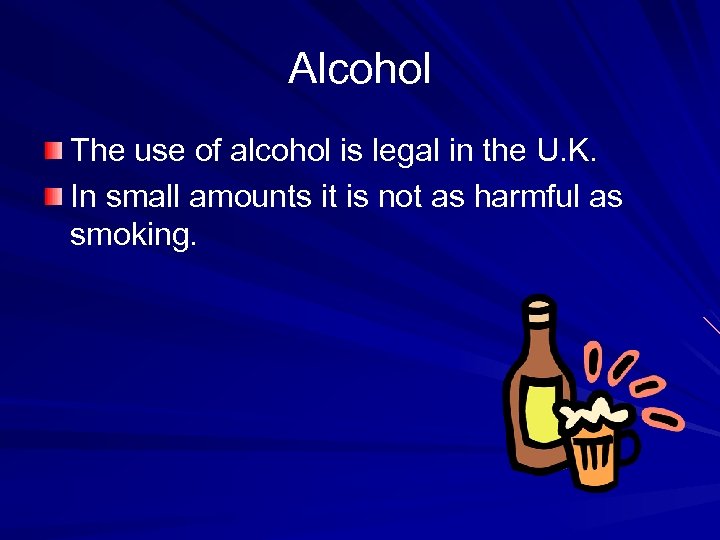 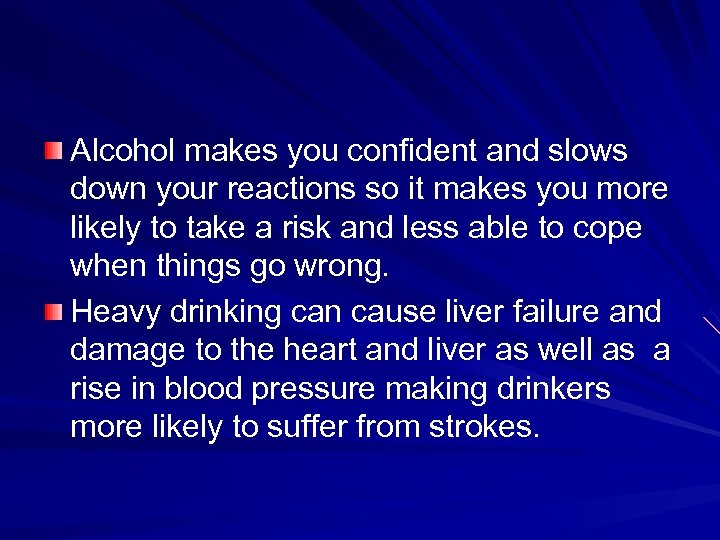 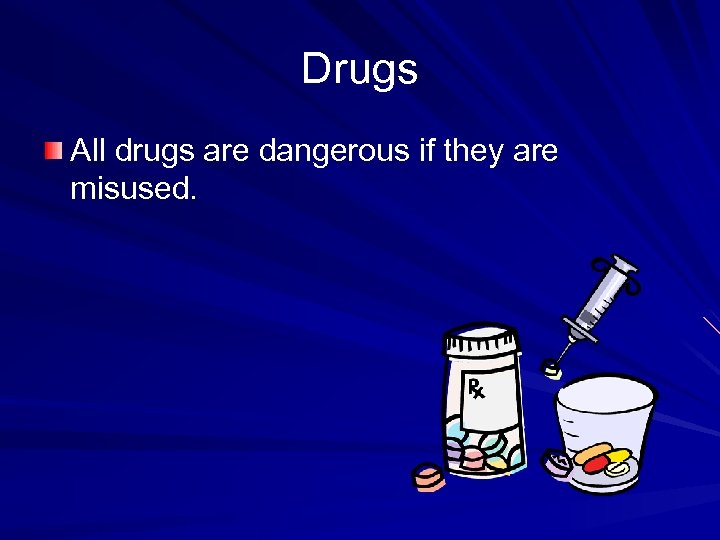 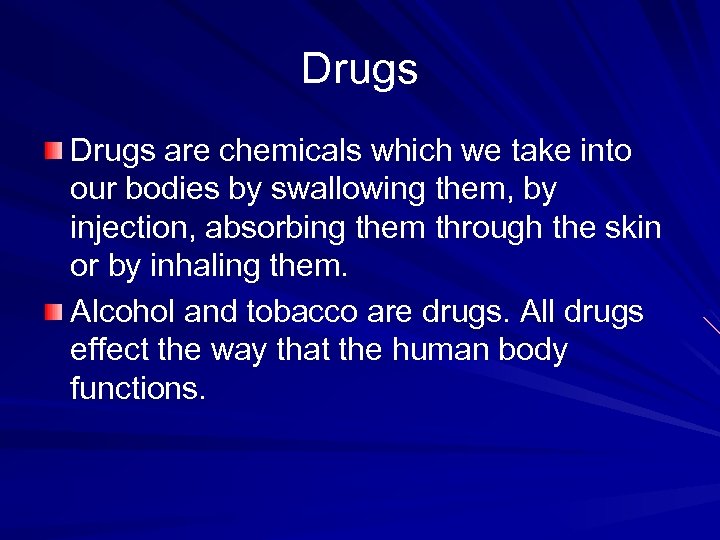 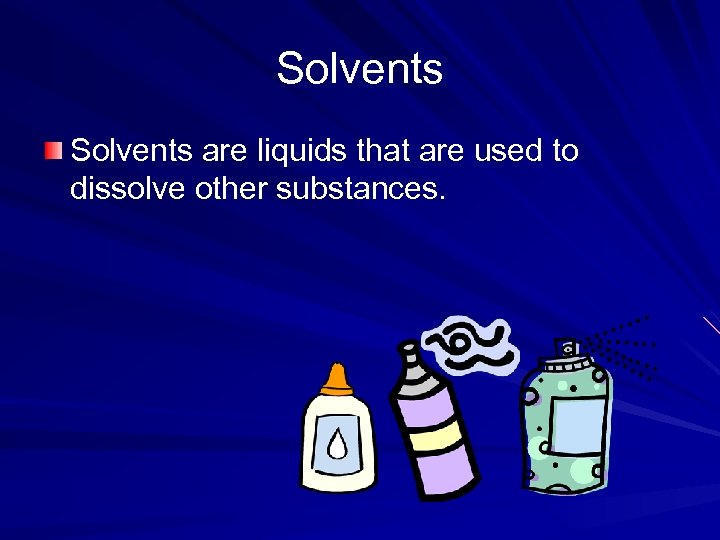 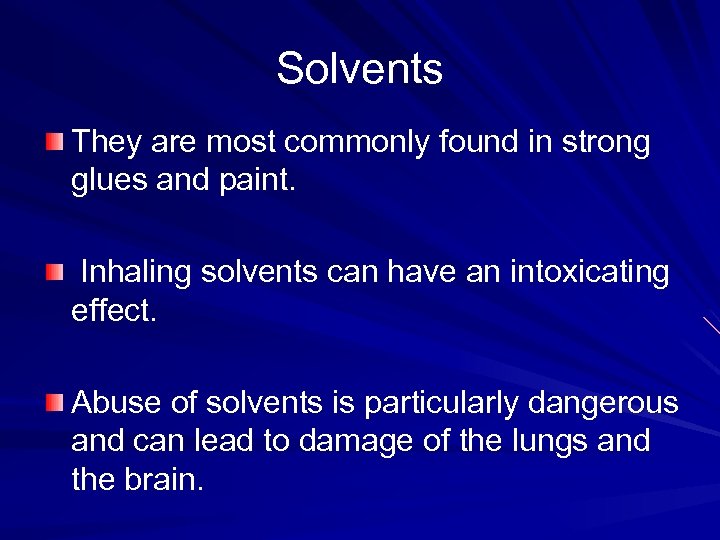 Smoking is legal in the UK at the moment. It is associated with blocked arteries which result in heart attacks as well as cancer of the lungs, throat and mouth. At the very least it leads to problems with breathing.

Smoking The drug in tobacco is called nicotine. Nicotine is addictive and makes you unable to give up smoking easily once you start. The government is to ban smoking in enclosed public places because it is worried about the effect that second hand smoke has on people working in them. Even non-smokers can be at risk from what is called passive smoking.

Alcohol The use of alcohol is legal in the U. K. In small amounts it is not as harmful as smoking.

Alcohol makes you confident and slows down your reactions so it makes you more likely to take a risk and less able to cope when things go wrong. Heavy drinking can cause liver failure and damage to the heart and liver as well as a rise in blood pressure making drinkers more likely to suffer from strokes.

Drugs All drugs are dangerous if they are misused.

Drugs are chemicals which we take into our bodies by swallowing them, by injection, absorbing them through the skin or by inhaling them. Alcohol and tobacco are drugs. All drugs effect the way that the human body functions.

Some drugs are beneficial and help our bodies to heal or to cope with infection. These drugs are called medicines and we either buy them over the counter e. g. paracetamol or get them on prescription from the doctor e. g. antibiotics.

Illegal drugs such as marijuana, cocaine or heroine are not available to buy in shops. Some of them can be very addictive and cause considerable and permanent damage to the organs of the body. People sometimes become so addicted to these drugs that they will turn to crime to make enough money to buy them.

Solvents are liquids that are used to dissolve other substances.

Solvents They are most commonly found in strong glues and paint. Inhaling solvents can have an intoxicating effect. Abuse of solvents is particularly dangerous and can lead to damage of the lungs and the brain.