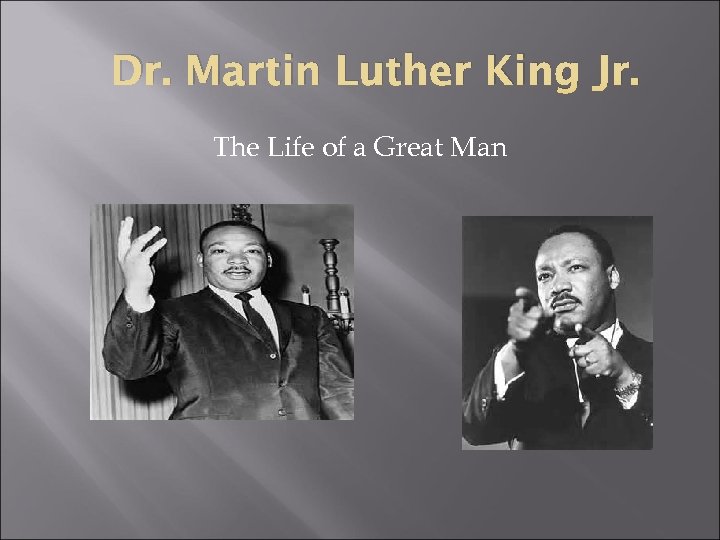 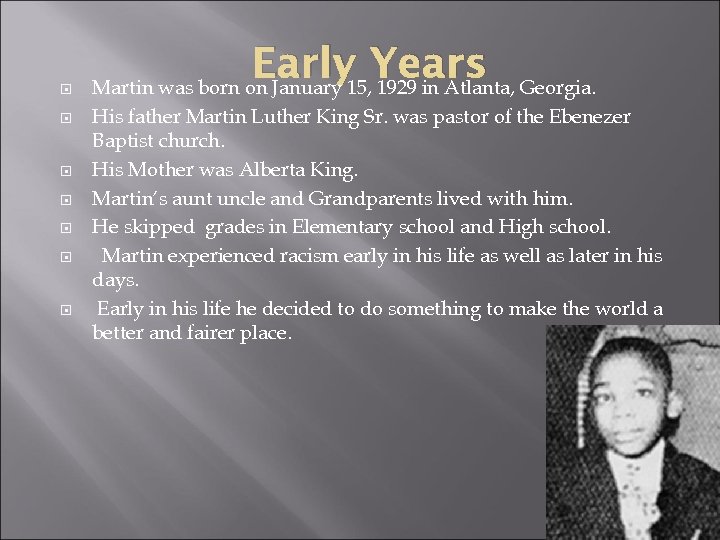 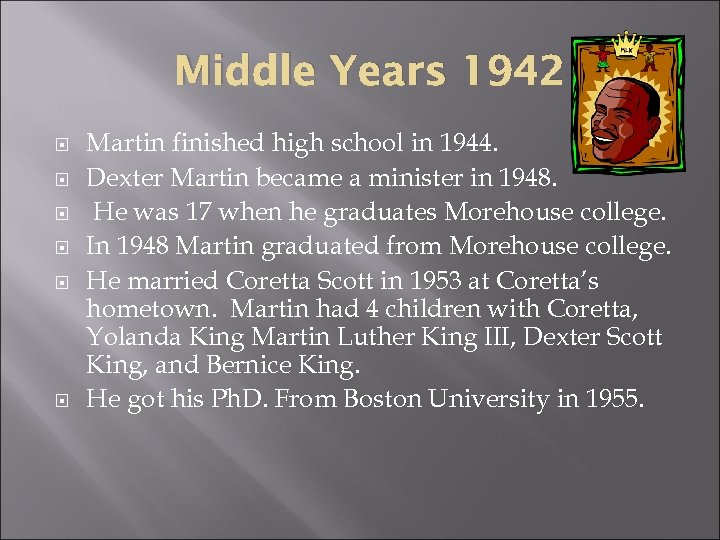 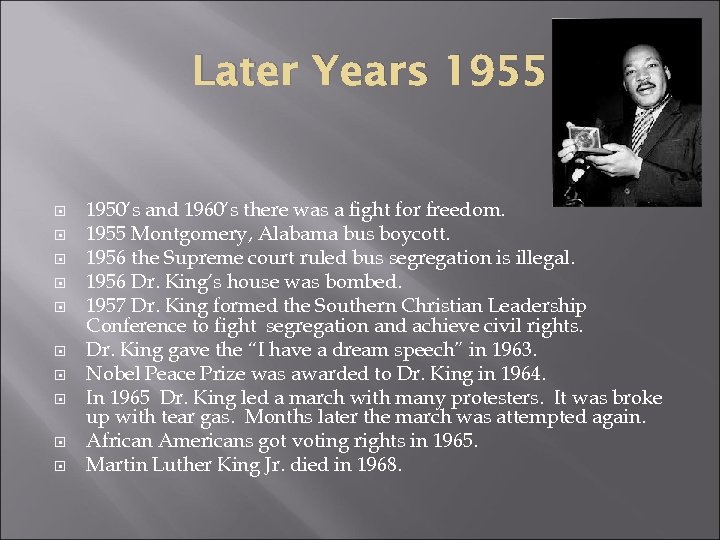 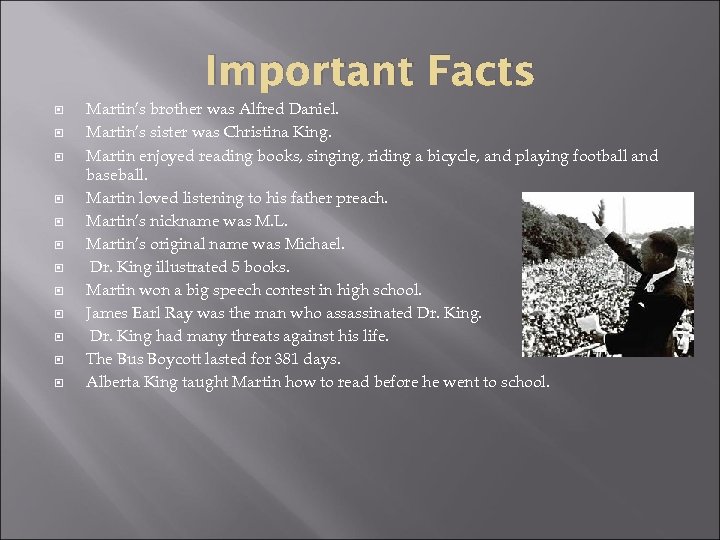 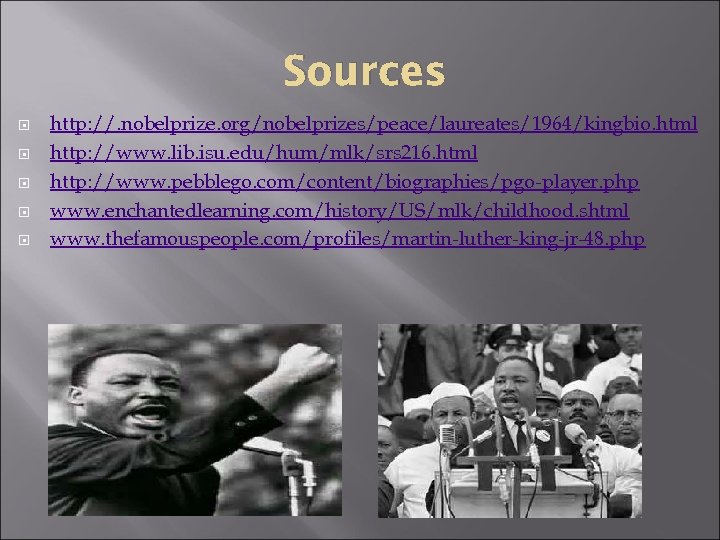 Early Years Georgia. Martin was born on January 15, 1929 in Atlanta, His father Martin Luther King Sr. was pastor of the Ebenezer Baptist church. His Mother was Alberta King. Martin’s aunt uncle and Grandparents lived with him. He skipped grades in Elementary school and High school. Martin experienced racism early in his life as well as later in his days. Early in his life he decided to do something to make the world a better and fairer place.

Middle Years 1942 Martin finished high school in 1944. Dexter Martin became a minister in 1948. He was 17 when he graduates Morehouse college. In 1948 Martin graduated from Morehouse college. He married Coretta Scott in 1953 at Coretta’s hometown. Martin had 4 children with Coretta, Yolanda King Martin Luther King III, Dexter Scott King, and Bernice King. He got his Ph. D. From Boston University in 1955.

Later Years 1955 1950’s and 1960’s there was a fight for freedom. 1955 Montgomery, Alabama bus boycott. 1956 the Supreme court ruled bus segregation is illegal. 1956 Dr. King’s house was bombed. 1957 Dr. King formed the Southern Christian Leadership Conference to fight segregation and achieve civil rights. Dr. King gave the “I have a dream speech” in 1963. Nobel Peace Prize was awarded to Dr. King in 1964. In 1965 Dr. King led a march with many protesters. It was broke up with tear gas. Months later the march was attempted again. African Americans got voting rights in 1965. Martin Luther King Jr. died in 1968.