Dosimetric discrepancies due to positional errors in MLC 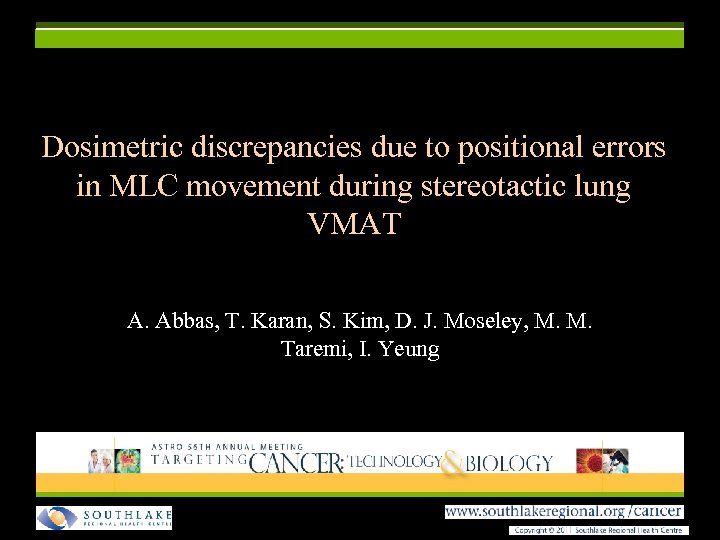 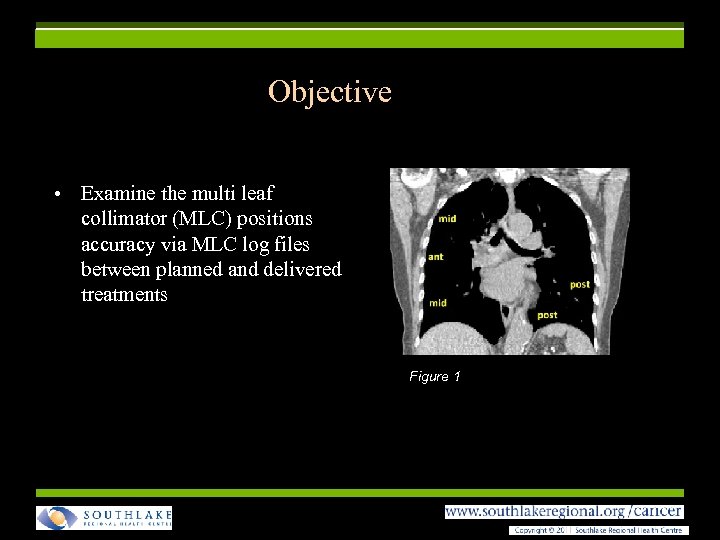 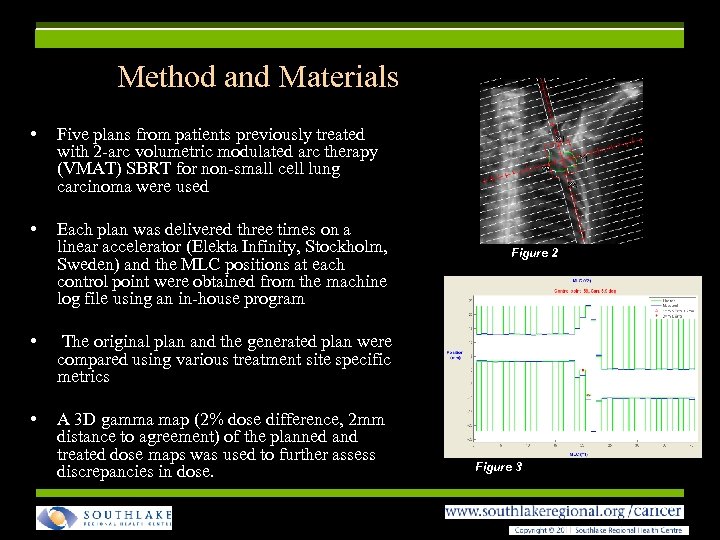 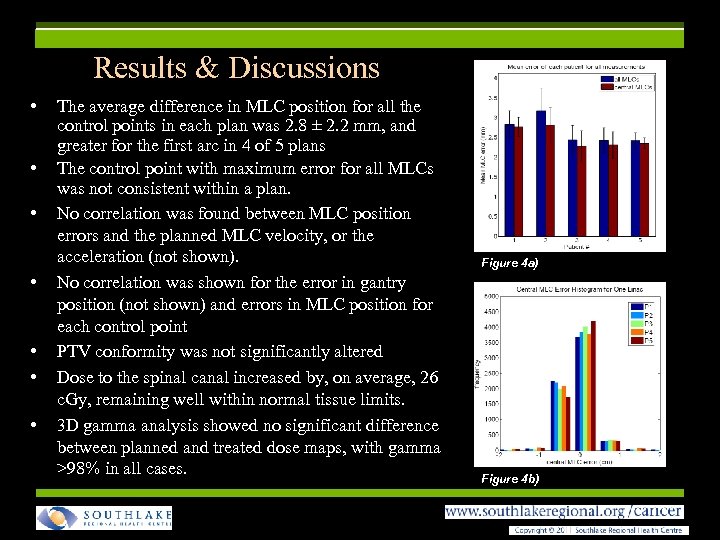 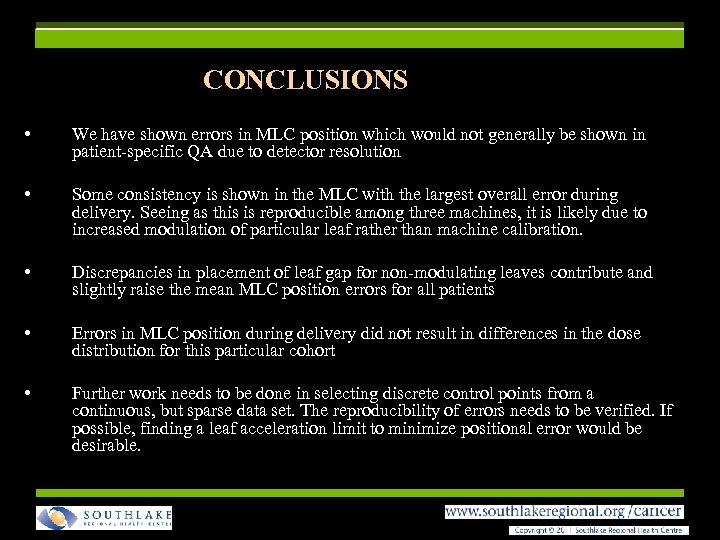 Скачать презентацию Dosimetric discrepancies due to positional errors in MLC

Results & Discussions • • The average difference in MLC position for all the control points in each plan was 2. 8 ± 2. 2 mm, and greater for the first arc in 4 of 5 plans The control point with maximum error for all MLCs was not consistent within a plan. No correlation was found between MLC position errors and the planned MLC velocity, or the acceleration (not shown). No correlation was shown for the error in gantry position (not shown) and errors in MLC position for each control point PTV conformity was not significantly altered Dose to the spinal canal increased by, on average, 26 c. Gy, remaining well within normal tissue limits. 3 D gamma analysis showed no significant difference between planned and treated dose maps, with gamma >98% in all cases. Figure 4 a) Figure 4 b)

CONCLUSIONS • We have shown errors in MLC position which would not generally be shown in patient-specific QA due to detector resolution • Some consistency is shown in the MLC with the largest overall error during delivery. Seeing as this is reproducible among three machines, it is likely due to increased modulation of particular leaf rather than machine calibration. • Discrepancies in placement of leaf gap for non-modulating leaves contribute and slightly raise the mean MLC position errors for all patients • Errors in MLC position during delivery did not result in differences in the dose distribution for this particular cohort • Further work needs to be done in selecting discrete control points from a continuous, but sparse data set. The reproducibility of errors needs to be verified. If possible, finding a leaf acceleration limit to minimize positional error would be desirable.