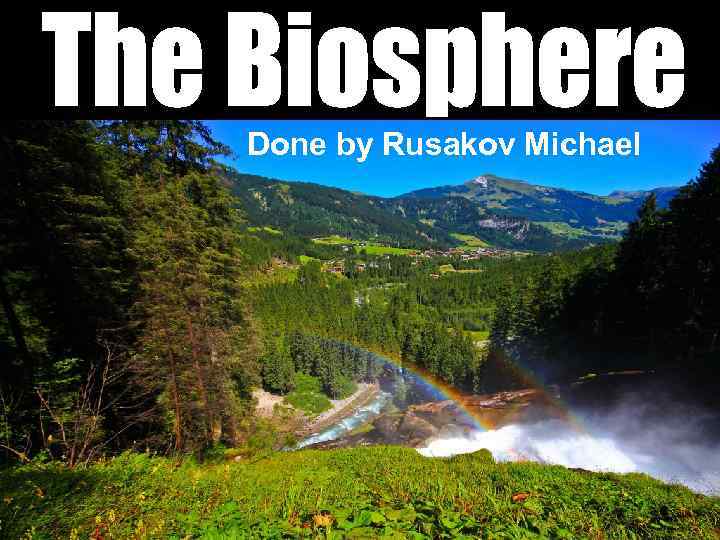 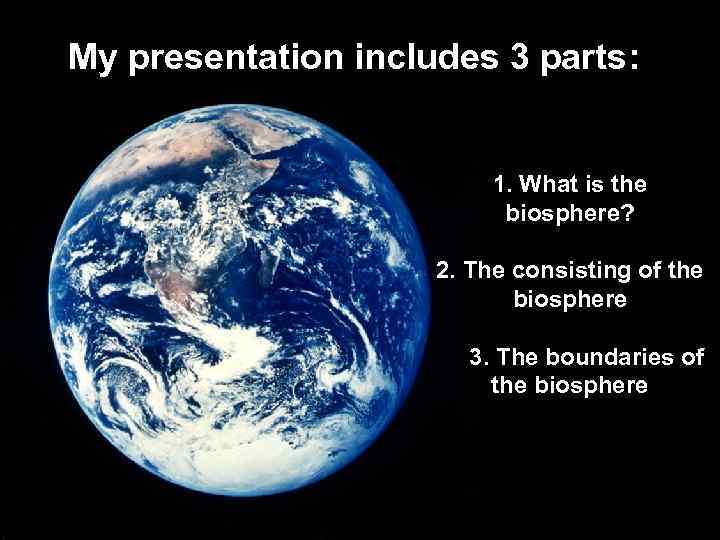 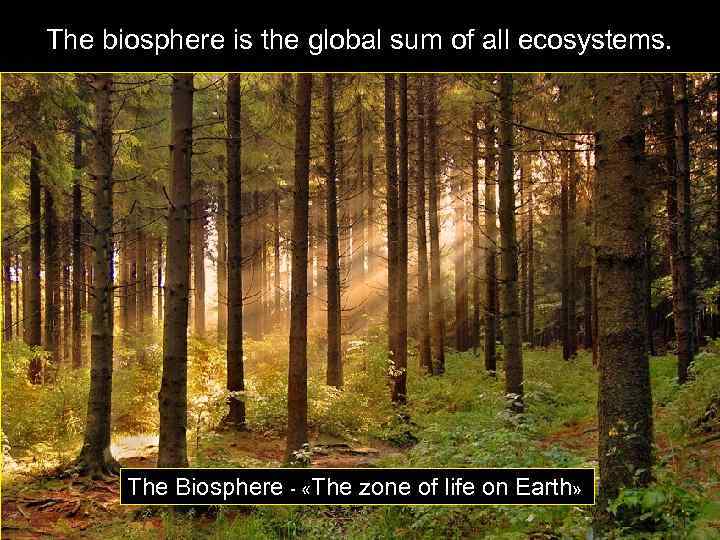 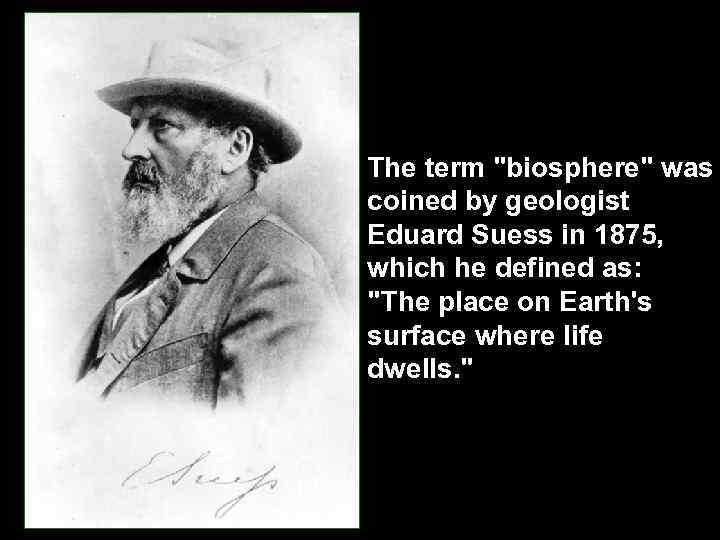 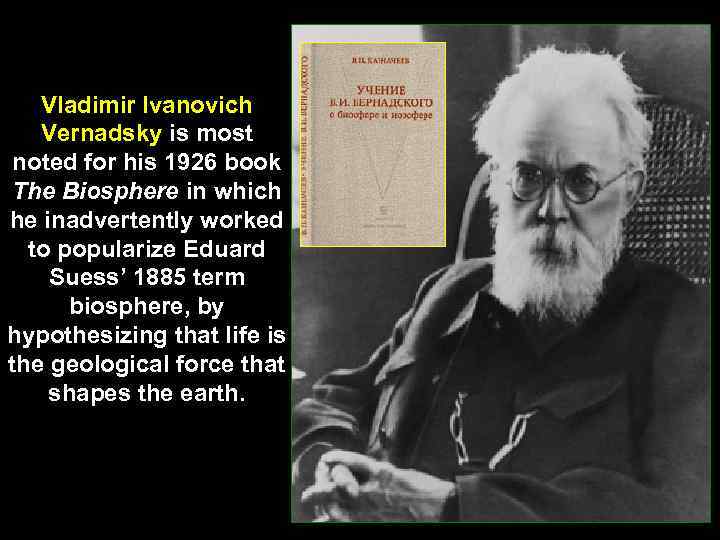 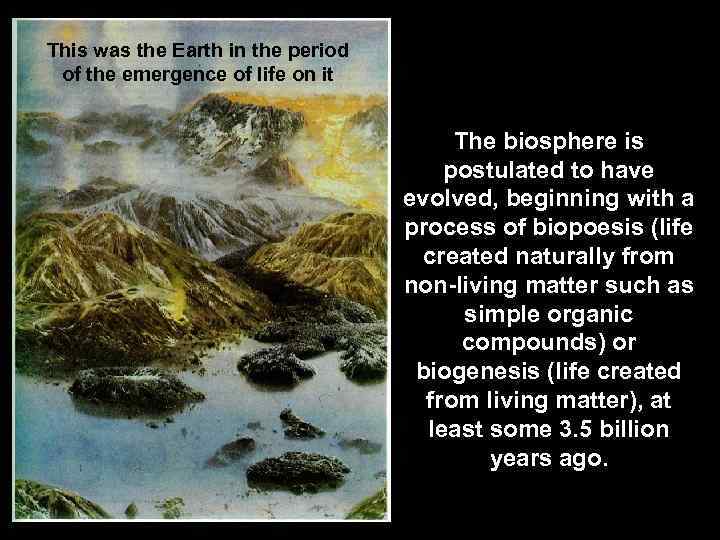 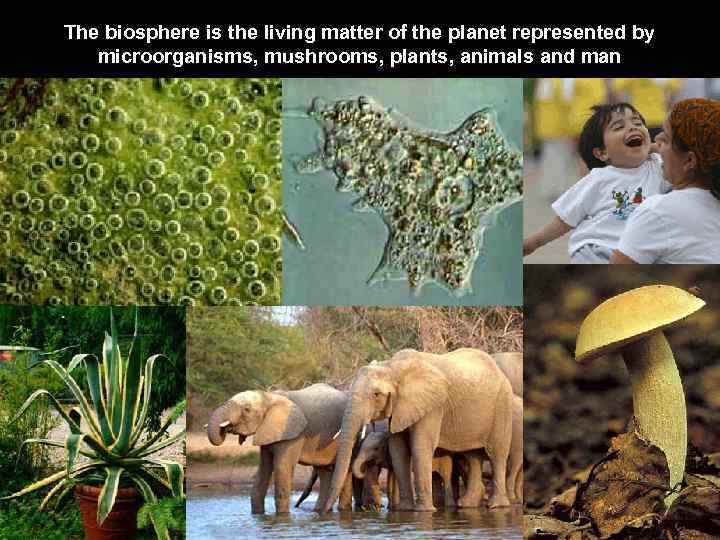 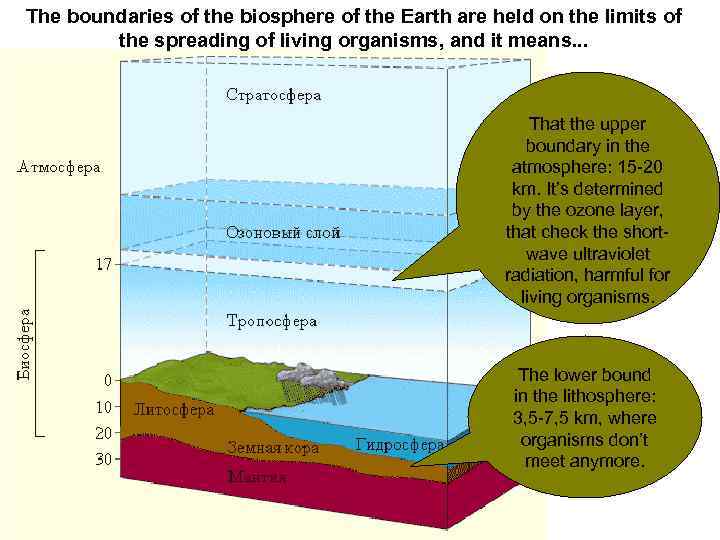 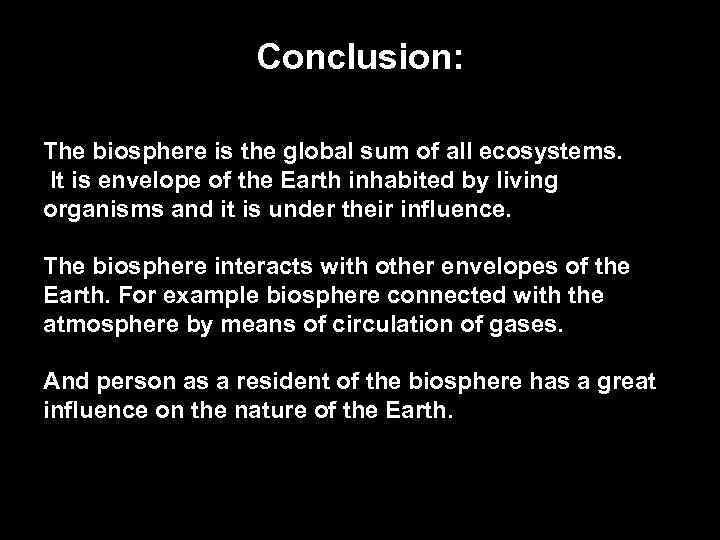 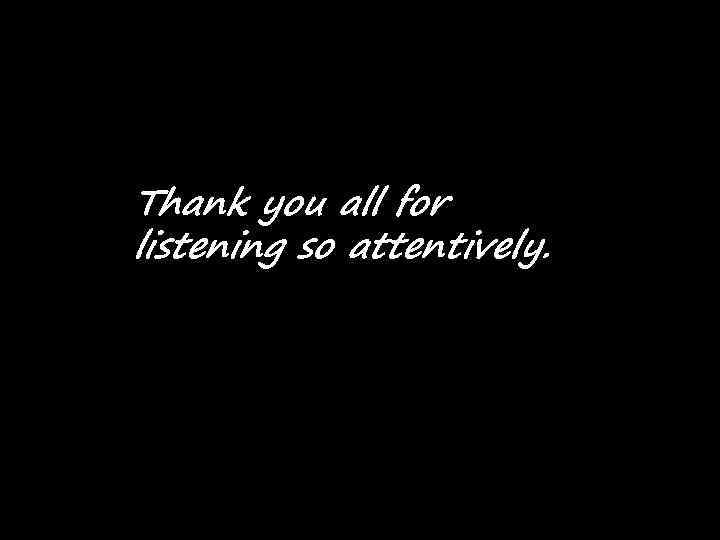 The biosphere is the global sum of all ecosystems. The Biosphere - «The zone of life on Earth»

The term "biosphere" was coined by geologist Eduard Suess in 1875, which he defined as: "The place on Earth's surface where life dwells. "

Vladimir Ivanovich Vernadsky is most noted for his 1926 book The Biosphere in which he inadvertently worked to popularize Eduard Suess’ 1885 term biosphere, by hypothesizing that life is the geological force that shapes the earth.

This was the Earth in the period of the emergence of life on it The biosphere is postulated to have evolved, beginning with a process of biopoesis (life created naturally from non-living matter such as simple organic compounds) or biogenesis (life created from living matter), at least some 3. 5 billion years ago.

The biosphere is the living matter of the planet represented by microorganisms, mushrooms, plants, animals and man

The boundaries of the biosphere of the Earth are held on the limits of the spreading of living organisms, and it means. . . That the upper boundary in the atmosphere: 15 -20 km. It’s determined by the ozone layer, that check the shortwave ultraviolet radiation, harmful for living organisms. The lower bound in the lithosphere: 3, 5 -7, 5 km, where organisms don’t meet anymore.

Thank you all for listening so attentively.