Do I Really Need to go Organic Why 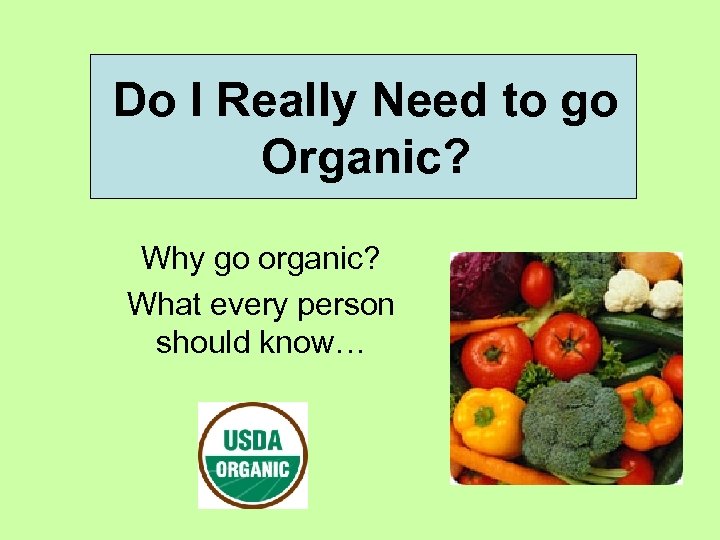 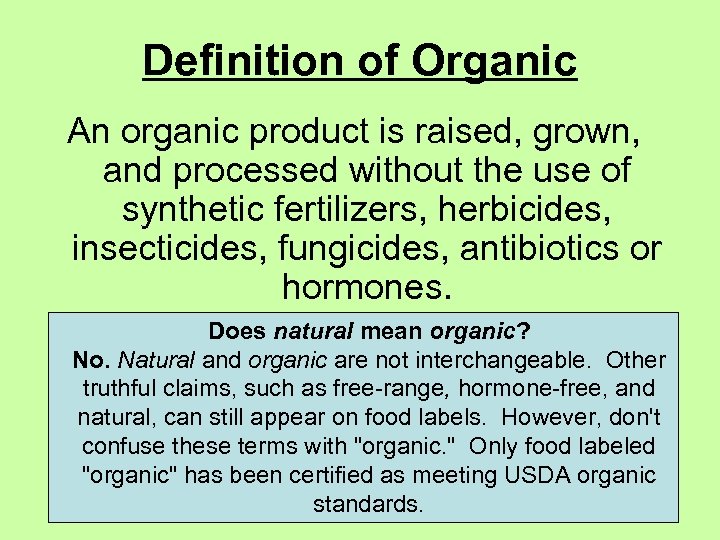 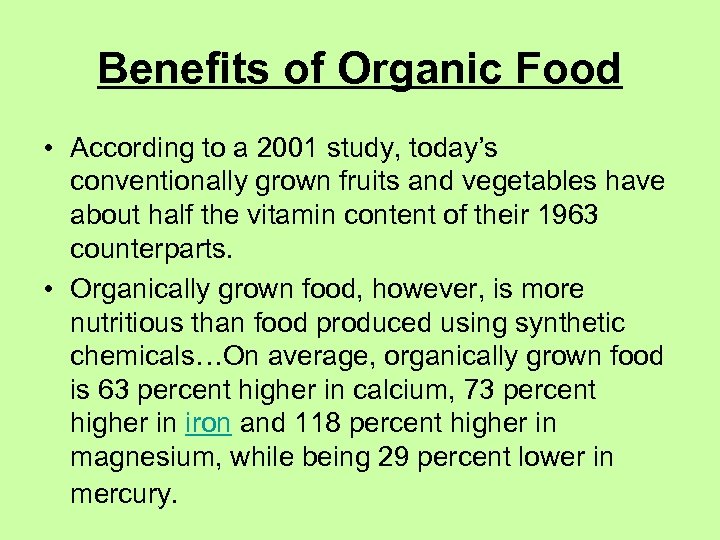 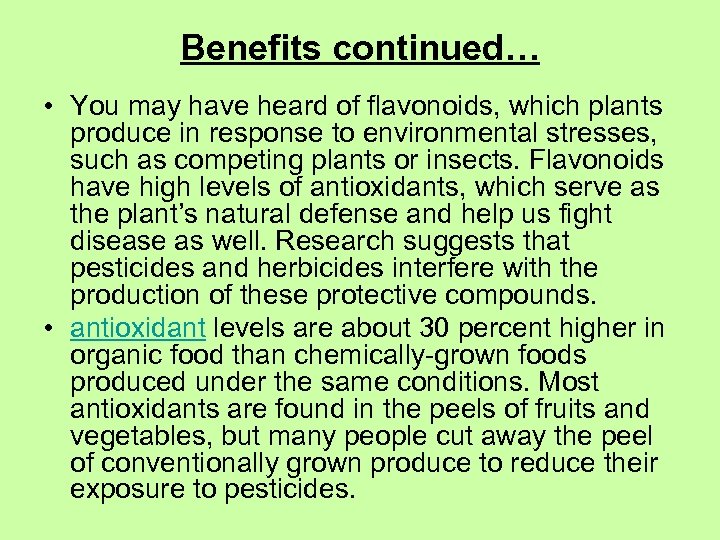 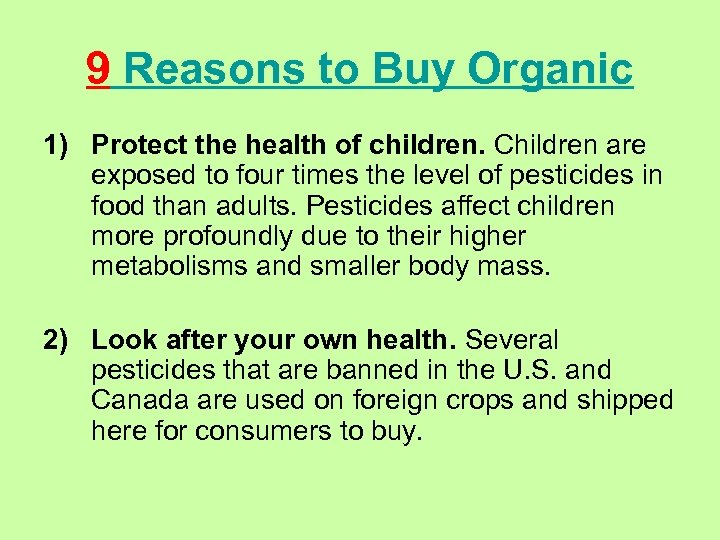 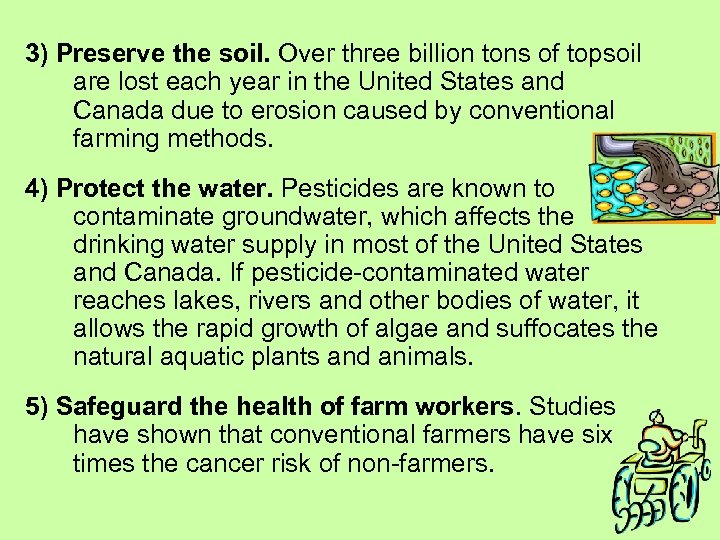 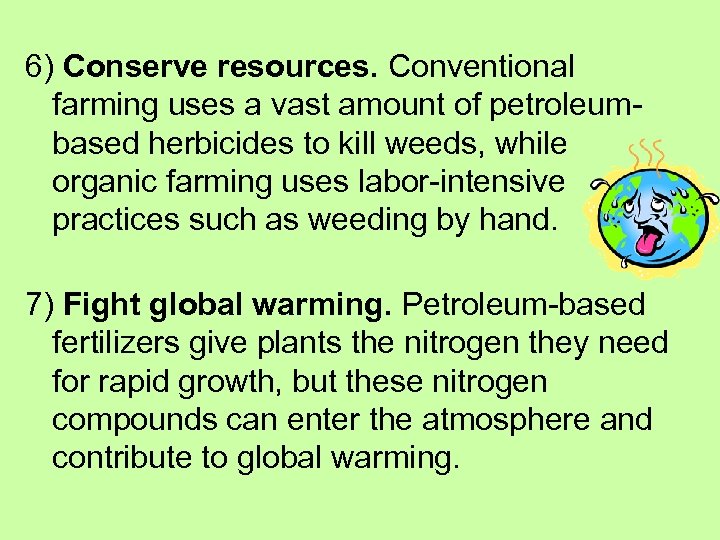 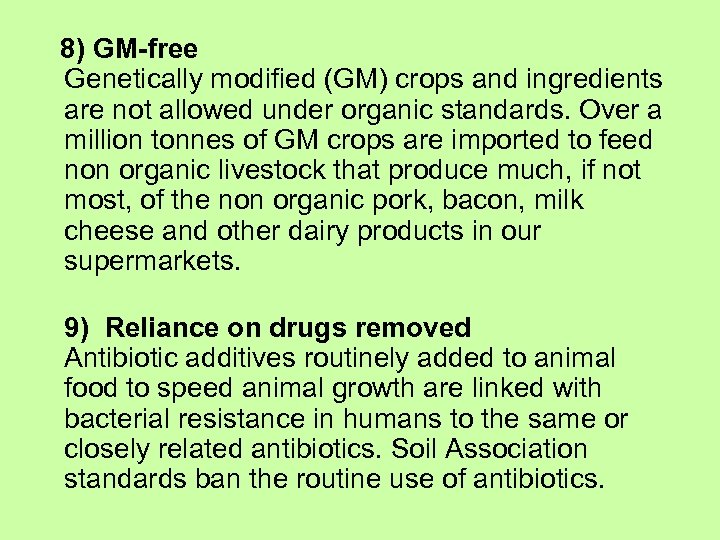 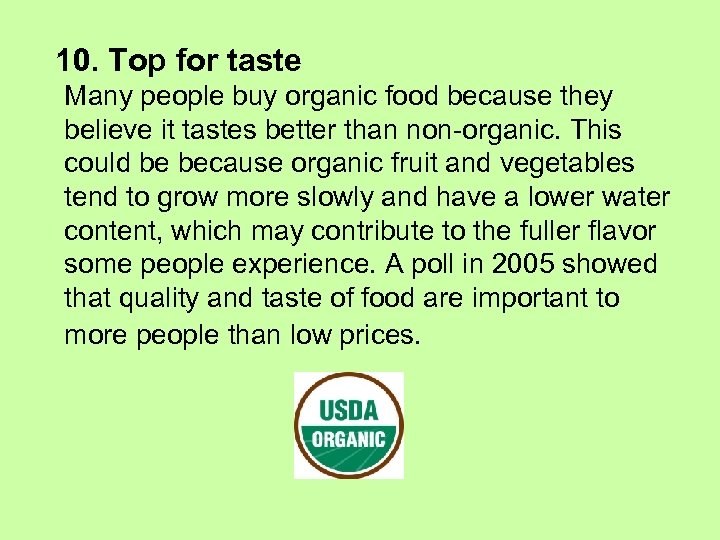 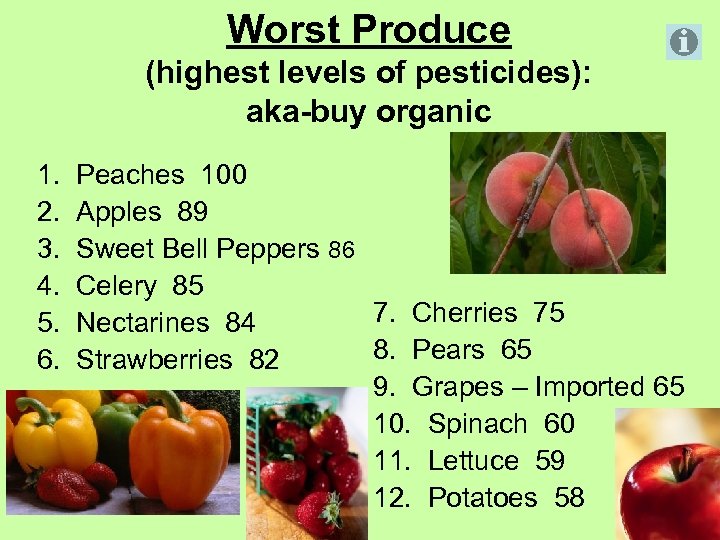 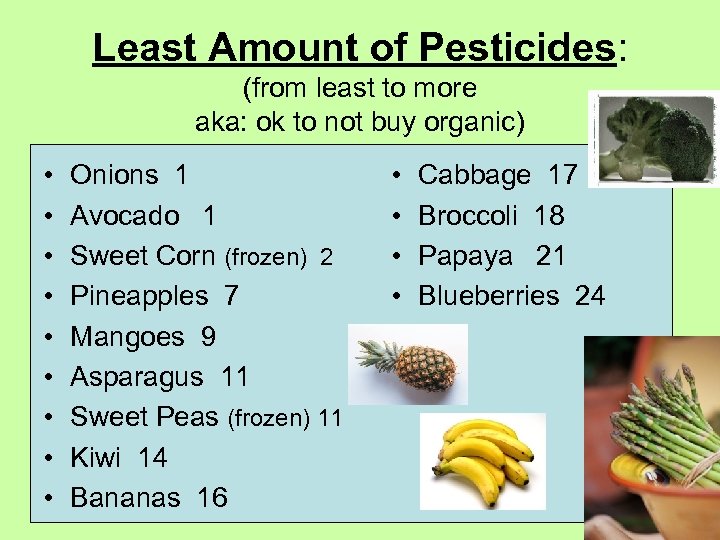 Скачать презентацию Do I Really Need to go Organic Why

Do I Really Need to go Organic? Why go organic? What every person should know…

Definition of Organic An organic product is raised, grown, and processed without the use of synthetic fertilizers, herbicides, insecticides, fungicides, antibiotics or hormones. Does natural mean organic? No. Natural and organic are not interchangeable. Other truthful claims, such as free-range, hormone-free, and natural, can still appear on food labels. However, don't confuse these terms with "organic. " Only food labeled "organic" has been certified as meeting USDA organic standards.

Benefits continued… • You may have heard of flavonoids, which plants produce in response to environmental stresses, such as competing plants or insects. Flavonoids have high levels of antioxidants, which serve as the plant’s natural defense and help us fight disease as well. Research suggests that pesticides and herbicides interfere with the production of these protective compounds. • antioxidant levels are about 30 percent higher in organic food than chemically-grown foods produced under the same conditions. Most antioxidants are found in the peels of fruits and vegetables, but many people cut away the peel of conventionally grown produce to reduce their exposure to pesticides.

9 Reasons to Buy Organic 1) Protect the health of children. Children are exposed to four times the level of pesticides in food than adults. Pesticides affect children more profoundly due to their higher metabolisms and smaller body mass. 2) Look after your own health. Several pesticides that are banned in the U. S. and Canada are used on foreign crops and shipped here for consumers to buy.

3) Preserve the soil. Over three billion tons of topsoil are lost each year in the United States and Canada due to erosion caused by conventional farming methods. 4) Protect the water. Pesticides are known to contaminate groundwater, which affects the drinking water supply in most of the United States and Canada. If pesticide-contaminated water reaches lakes, rivers and other bodies of water, it allows the rapid growth of algae and suffocates the natural aquatic plants and animals. 5) Safeguard the health of farm workers. Studies have shown that conventional farmers have six times the cancer risk of non-farmers.

6) Conserve resources. Conventional farming uses a vast amount of petroleumbased herbicides to kill weeds, while organic farming uses labor-intensive practices such as weeding by hand. 7) Fight global warming. Petroleum-based fertilizers give plants the nitrogen they need for rapid growth, but these nitrogen compounds can enter the atmosphere and contribute to global warming.

8) GM-free Genetically modified (GM) crops and ingredients are not allowed under organic standards. Over a million tonnes of GM crops are imported to feed non organic livestock that produce much, if not most, of the non organic pork, bacon, milk cheese and other dairy products in our supermarkets. 9) Reliance on drugs removed Antibiotic additives routinely added to animal food to speed animal growth are linked with bacterial resistance in humans to the same or closely related antibiotics. Soil Association standards ban the routine use of antibiotics.

10. Top for taste Many people buy organic food because they believe it tastes better than non-organic. This could be because organic fruit and vegetables tend to grow more slowly and have a lower water content, which may contribute to the fuller flavor some people experience. A poll in 2005 showed that quality and taste of food are important to more people than low prices.