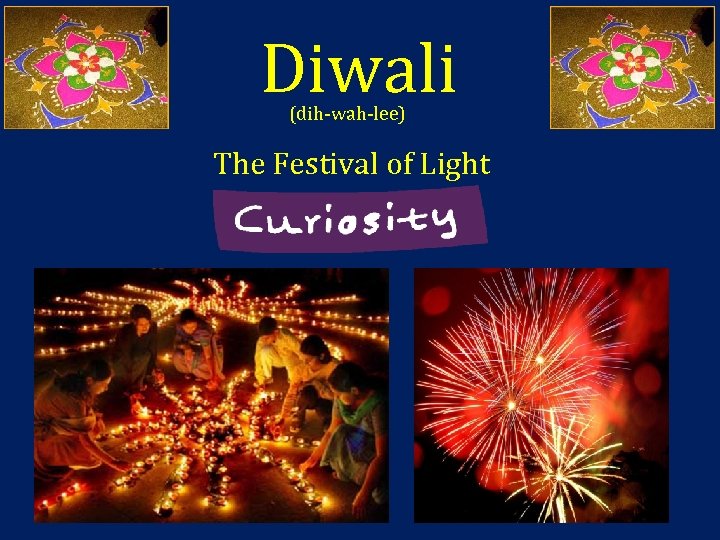 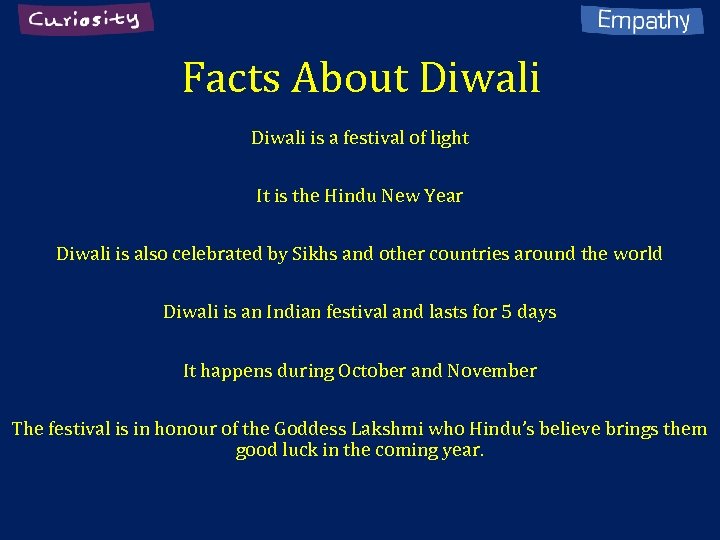 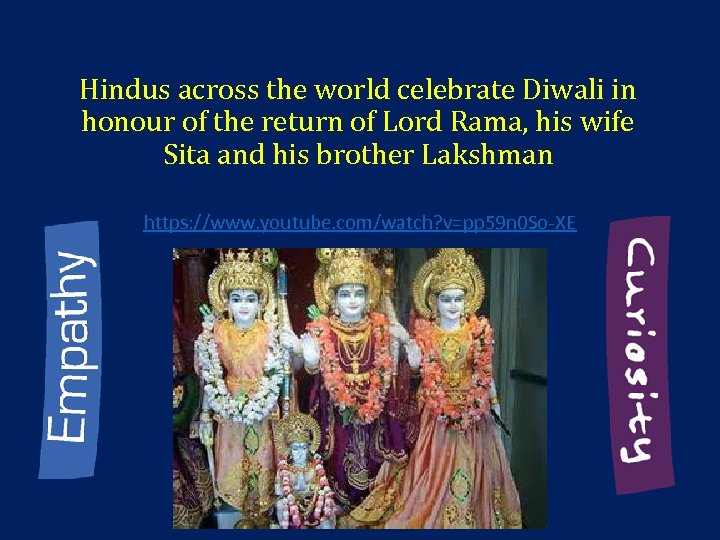 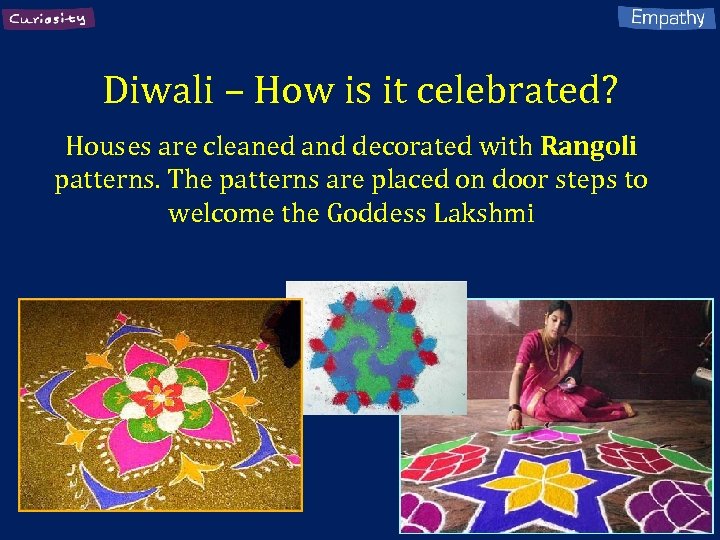 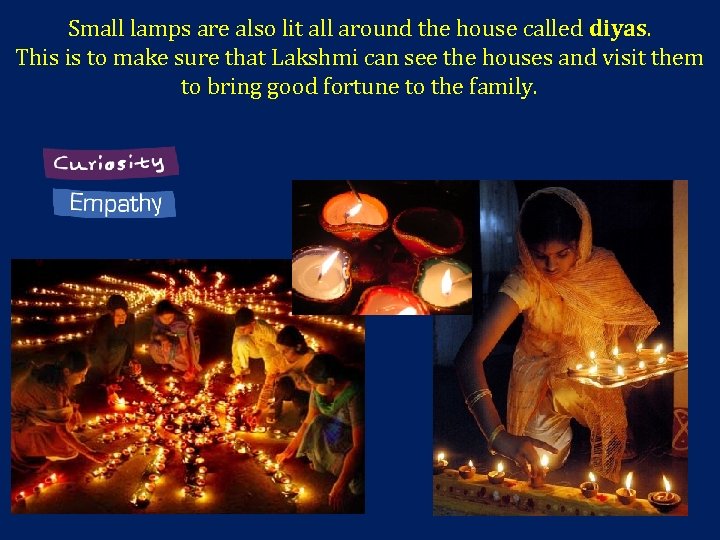 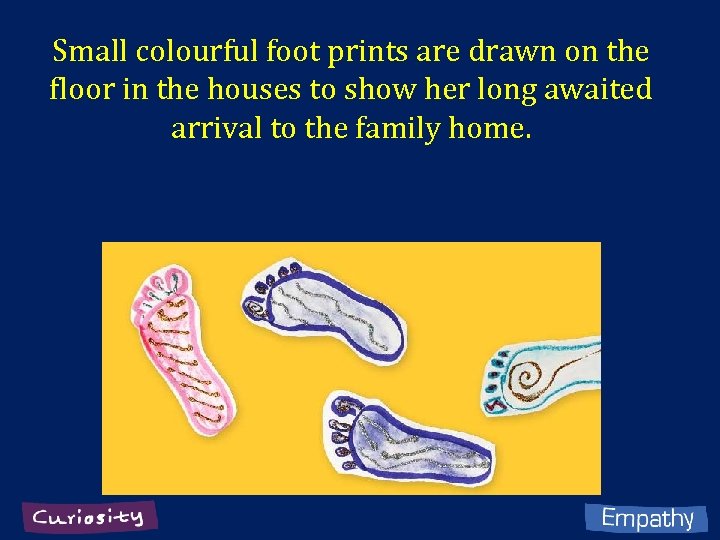 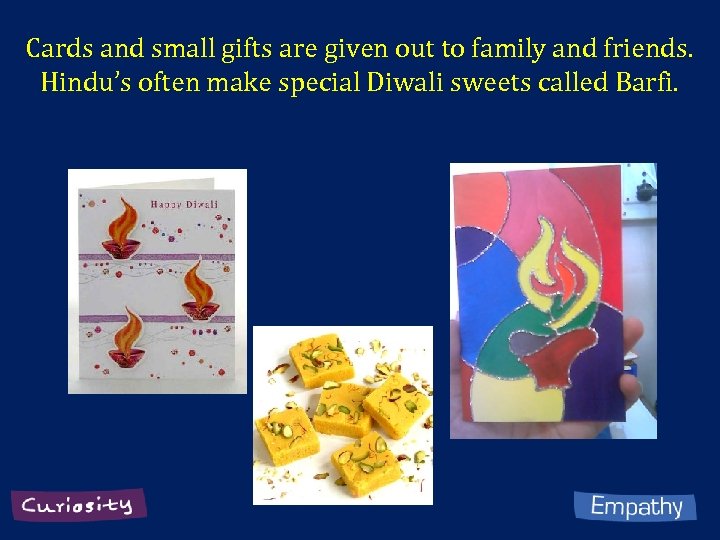 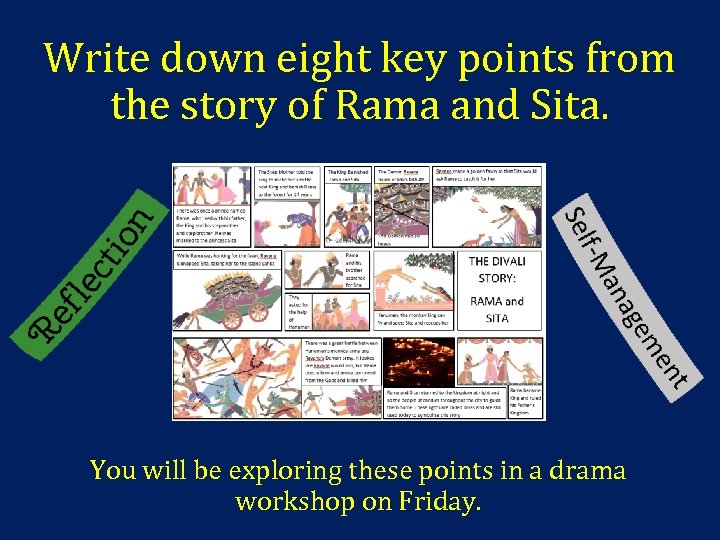 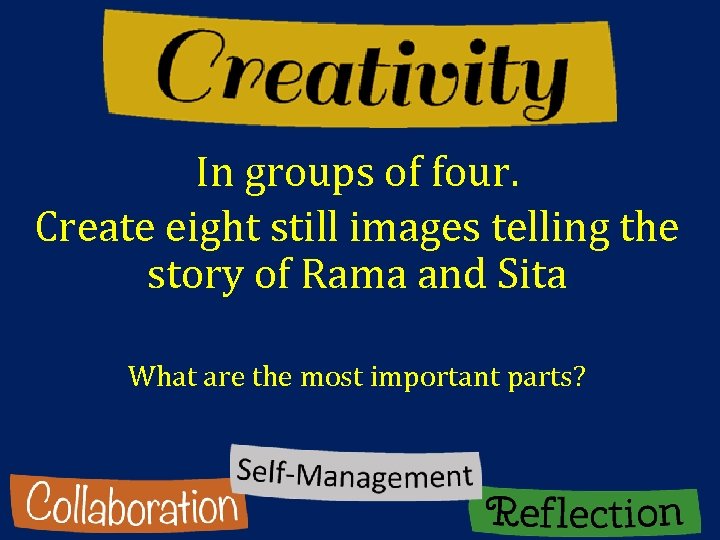 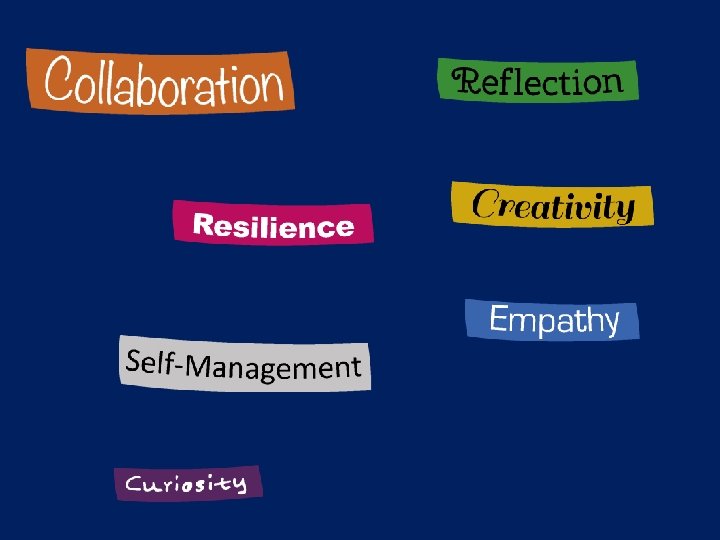 Diwali (dih-wah-lee) The Festival of Light

Facts About Diwali is a festival of light It is the Hindu New Year Diwali is also celebrated by Sikhs and other countries around the world Diwali is an Indian festival and lasts for 5 days It happens during October and November The festival is in honour of the Goddess Lakshmi who Hindu’s believe brings them good luck in the coming year.

Hindus across the world celebrate Diwali in honour of the return of Lord Rama, his wife Sita and his brother Lakshman https: //www. youtube. com/watch? v=pp 59 n 0 So-XE

Diwali – How is it celebrated? Houses are cleaned and decorated with Rangoli patterns. The patterns are placed on door steps to welcome the Goddess Lakshmi

Small lamps are also lit all around the house called diyas. This is to make sure that Lakshmi can see the houses and visit them to bring good fortune to the family.

Small colourful foot prints are drawn on the floor in the houses to show her long awaited arrival to the family home.

Cards and small gifts are given out to family and friends. Hindu’s often make special Diwali sweets called Barfi.

Write down eight key points from the story of Rama and Sita. You will be exploring these points in a drama workshop on Friday.

In groups of four. Create eight still images telling the story of Rama and Sita What are the most important parts?