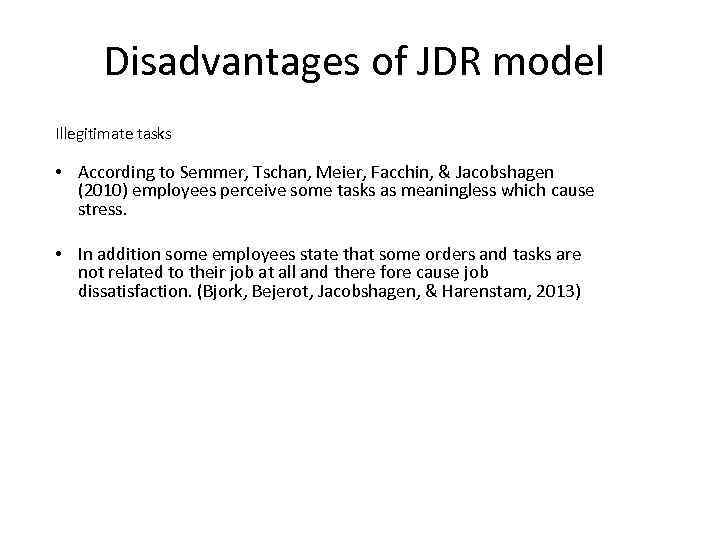 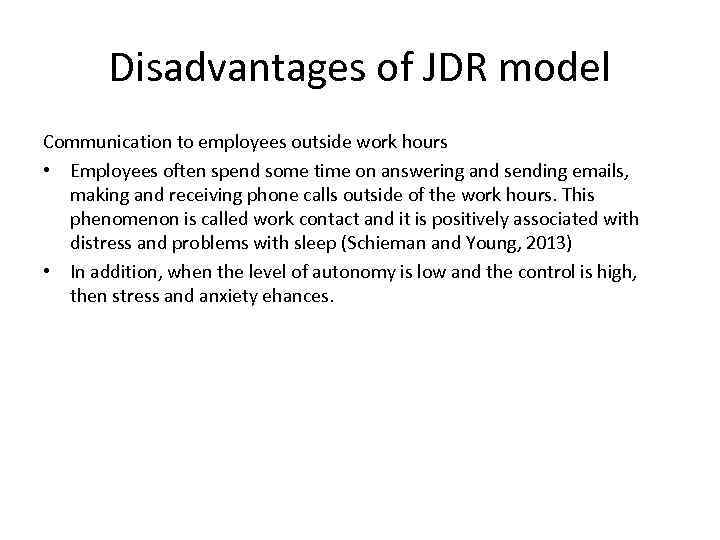 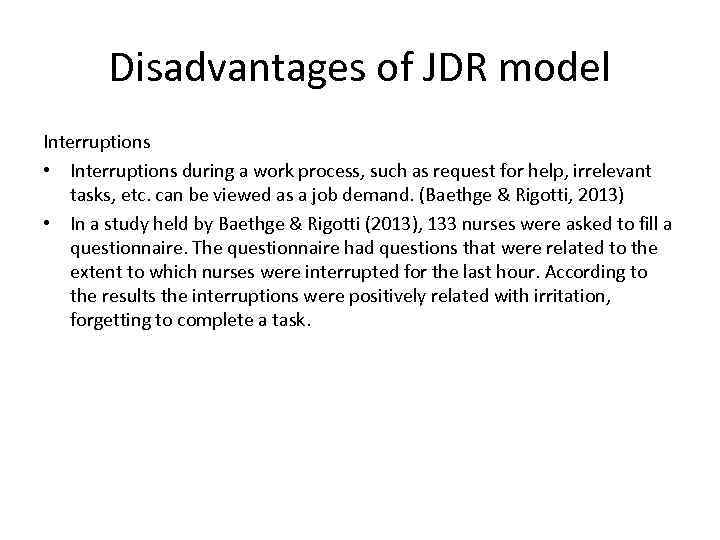 Disadvantages of JDR model Illegitimate tasks • According to Semmer, Tschan, Meier, Facchin, & Jacobshagen (2010) employees perceive some tasks as meaningless which cause stress. • In addition some employees state that some orders and tasks are not related to their job at all and there fore cause job dissatisfaction. (Bjork, Bejerot, Jacobshagen, & Harenstam, 2013)

Disadvantages of JDR model Communication to employees outside work hours • Employees often spend some time on answering and sending emails, making and receiving phone calls outside of the work hours. This phenomenon is called work contact and it is positively associated with distress and problems with sleep (Schieman and Young, 2013) • In addition, when the level of autonomy is low and the control is high, then stress and anxiety ehances.

Disadvantages of JDR model Interruptions • Interruptions during a work process, such as request for help, irrelevant tasks, etc. can be viewed as a job demand. (Baethge & Rigotti, 2013) • In a study held by Baethge & Rigotti (2013), 133 nurses were asked to fill a questionnaire. The questionnaire had questions that were related to the extent to which nurses were interrupted for the last hour. According to the results the interruptions were positively related with irritation, forgetting to complete a task.