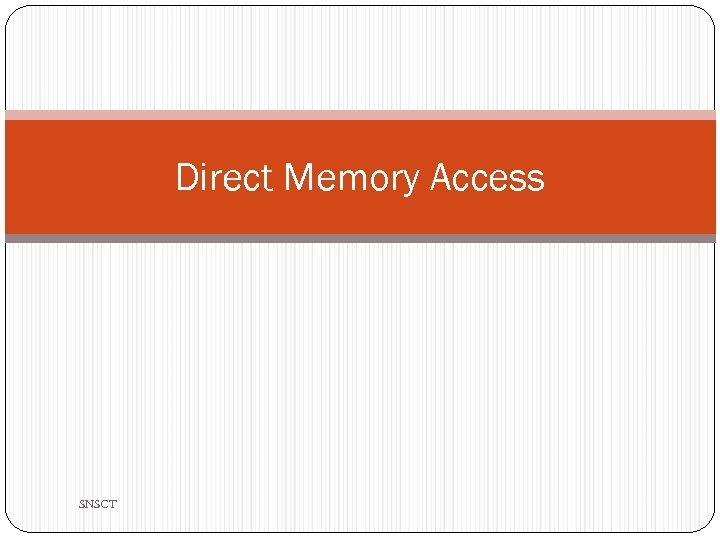 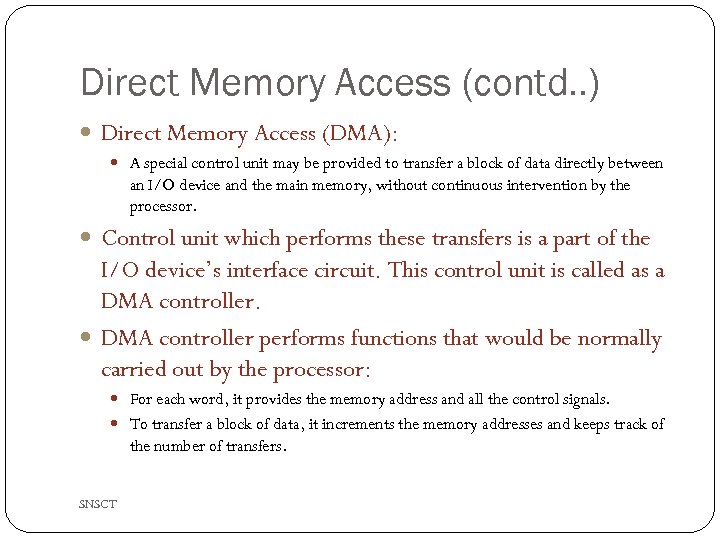 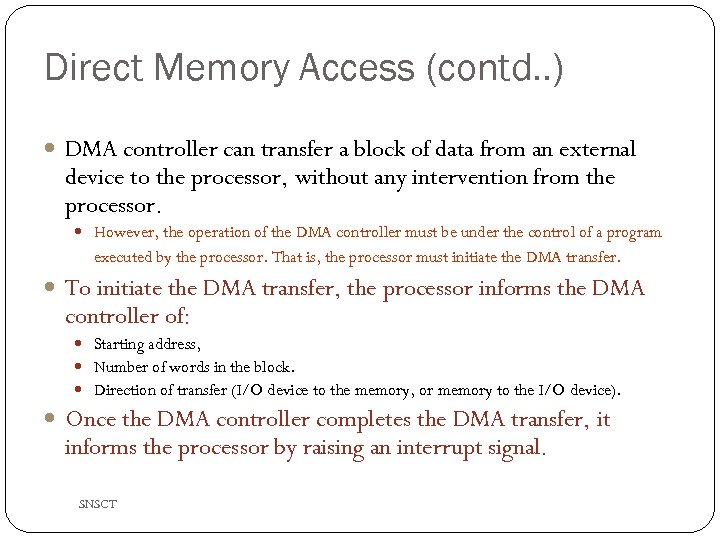 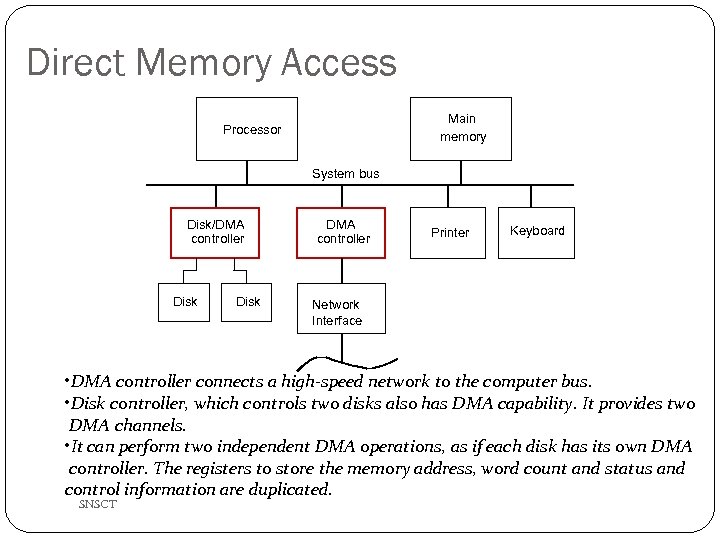 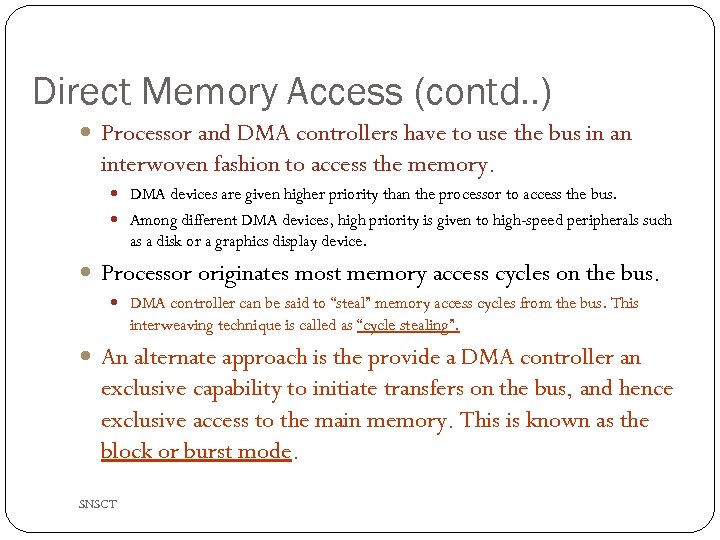 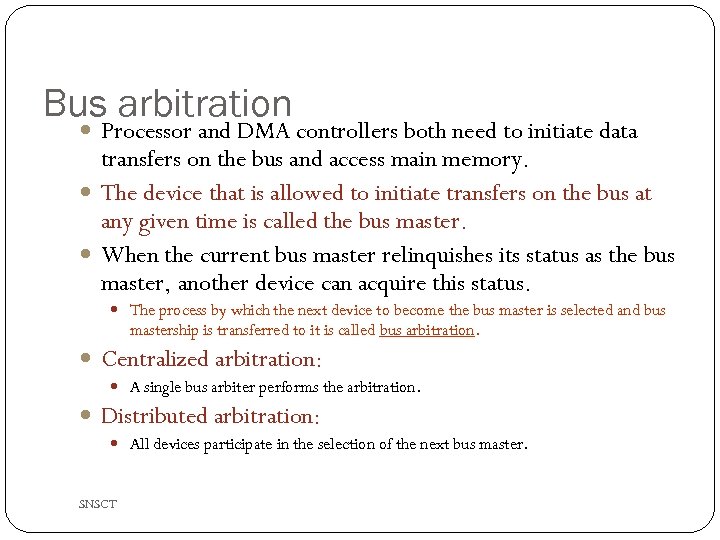 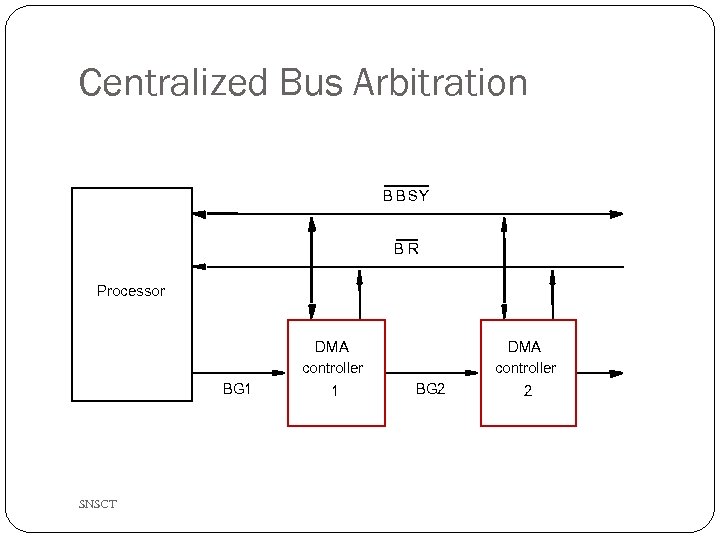 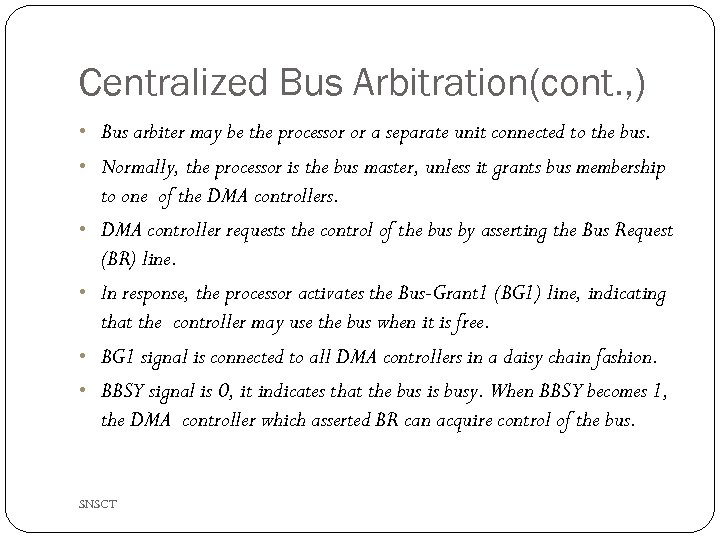 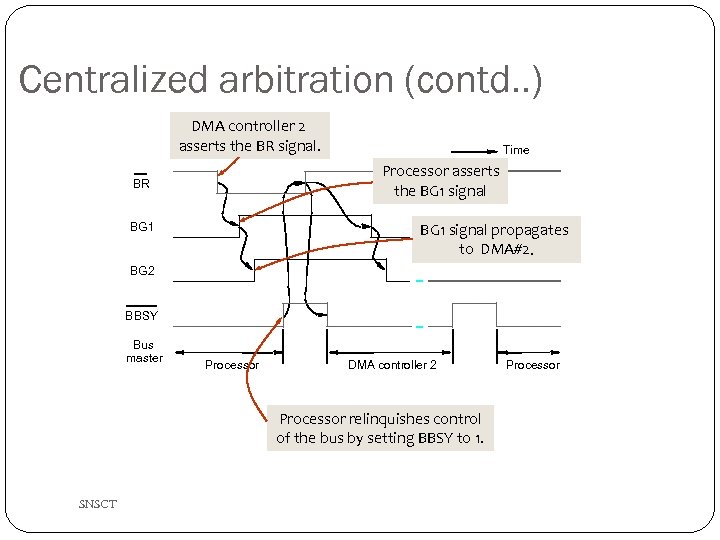 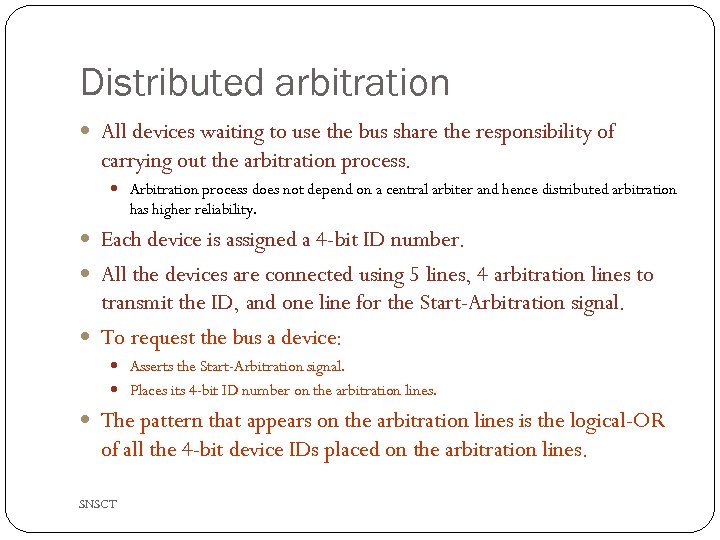 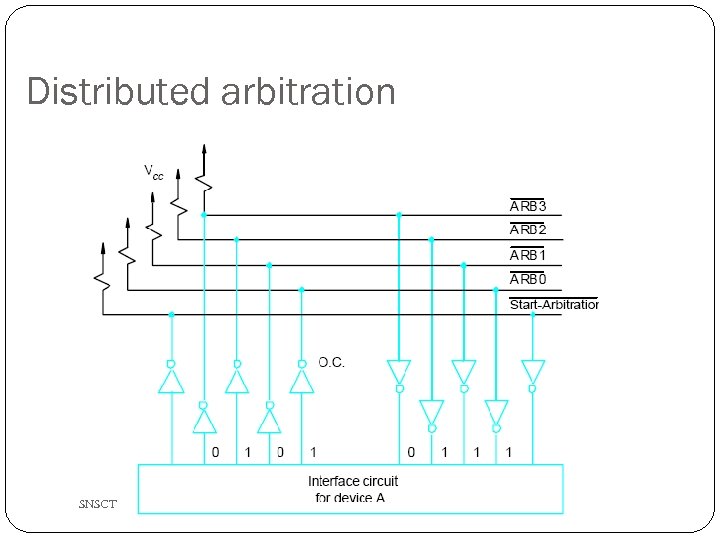 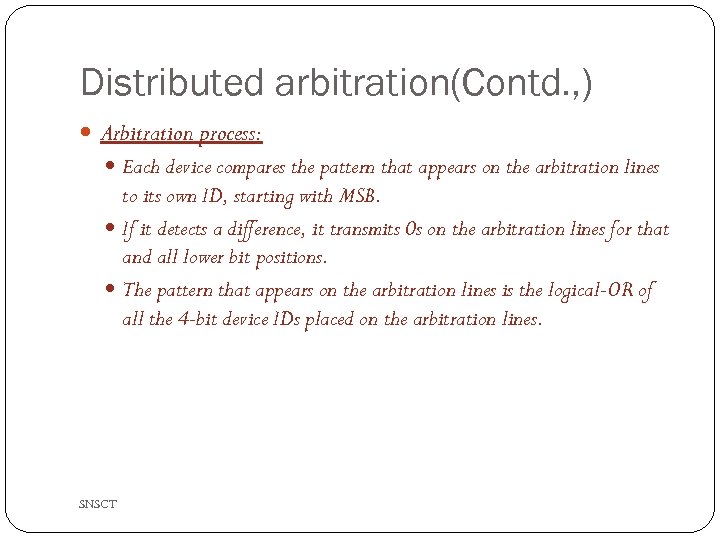 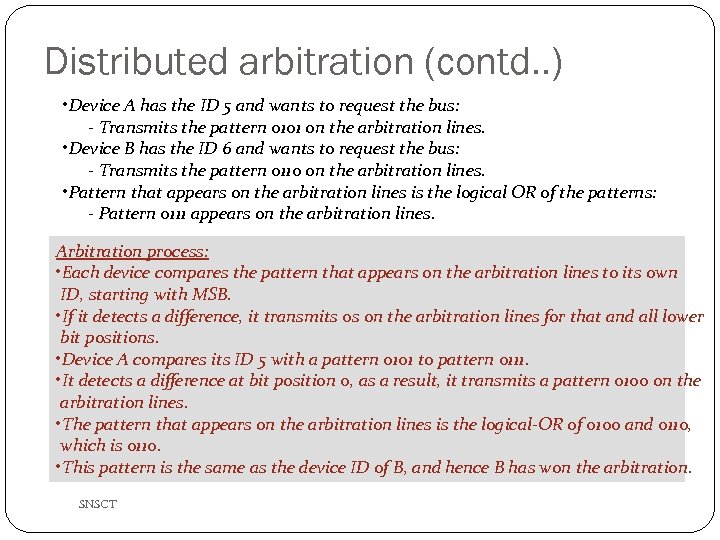 Direct Memory Access (contd. . ) Direct Memory Access (DMA): A special control unit may be provided to transfer a block of data directly between an I/O device and the main memory, without continuous intervention by the processor. Control unit which performs these transfers is a part of the I/O device’s interface circuit. This control unit is called as a DMA controller performs functions that would be normally carried out by the processor: For each word, it provides the memory address and all the control signals. To transfer a block of data, it increments the memory addresses and keeps track of the number of transfers. SNSCT

Direct Memory Access (contd. . ) Processor and DMA controllers have to use the bus in an interwoven fashion to access the memory. DMA devices are given higher priority than the processor to access the bus. Among different DMA devices, high priority is given to high-speed peripherals such as a disk or a graphics display device. Processor originates most memory access cycles on the bus. DMA controller can be said to “steal” memory access cycles from the bus. This interweaving technique is called as “cycle stealing”. An alternate approach is the provide a DMA controller an exclusive capability to initiate transfers on the bus, and hence exclusive access to the main memory. This is known as the block or burst mode. SNSCT

Lecture № 1. 5. Location information in a