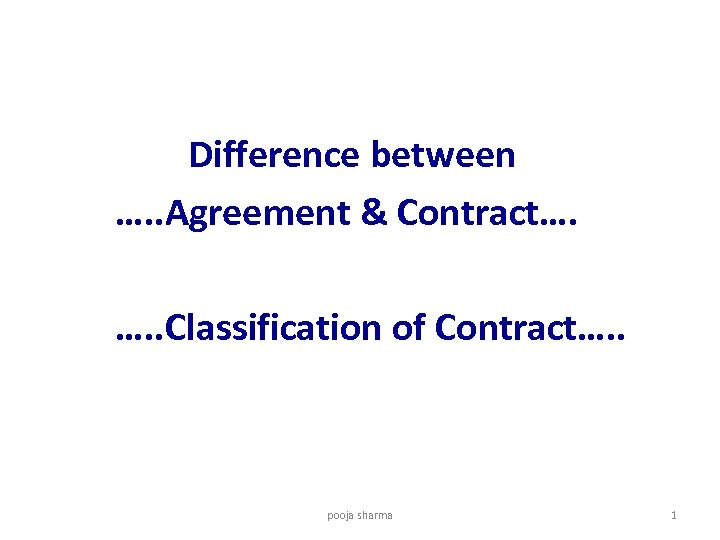 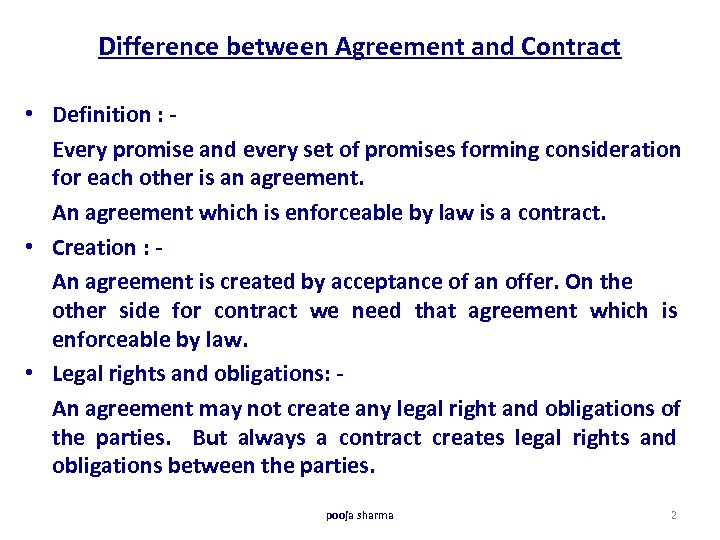 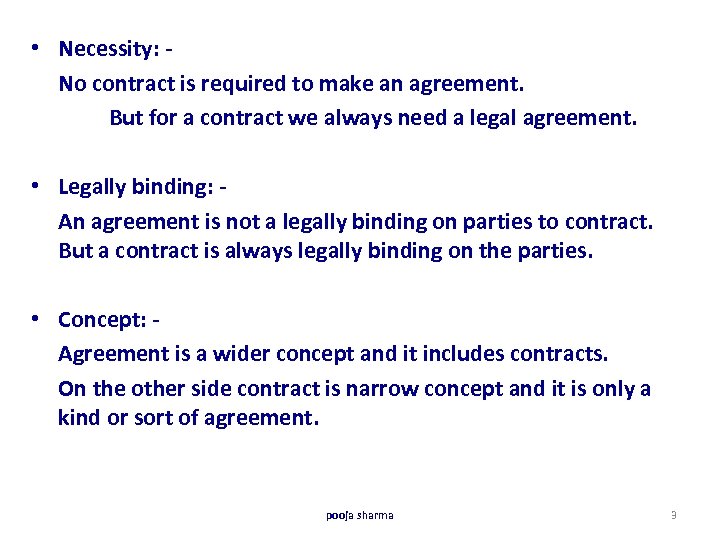 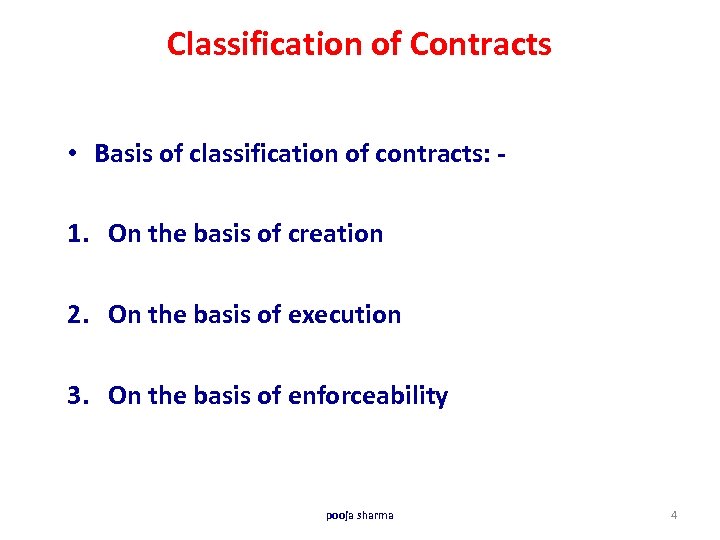 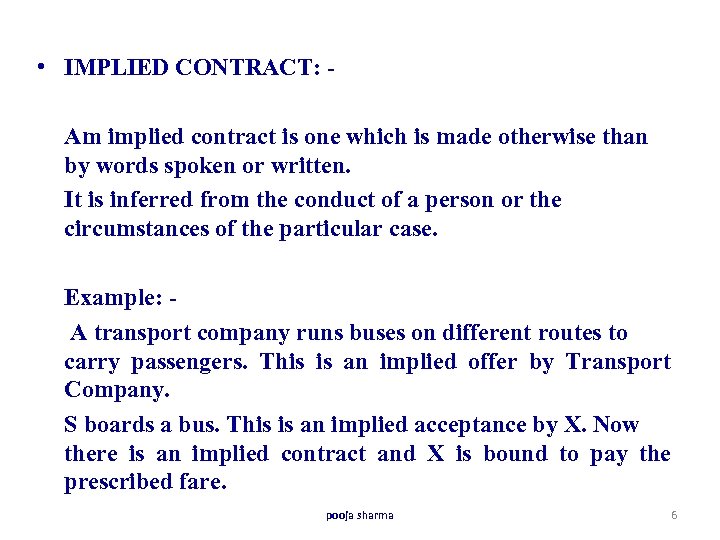 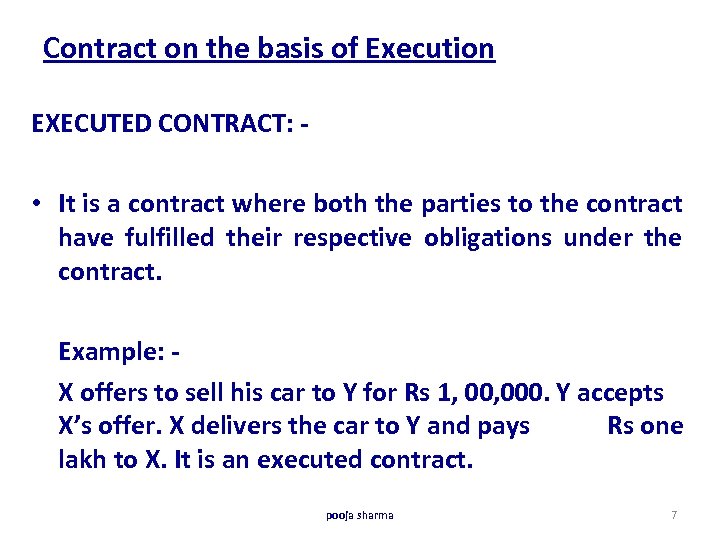 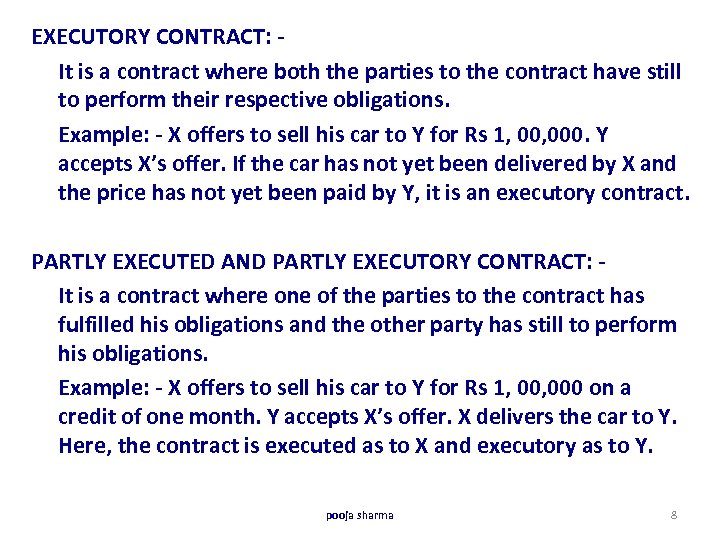 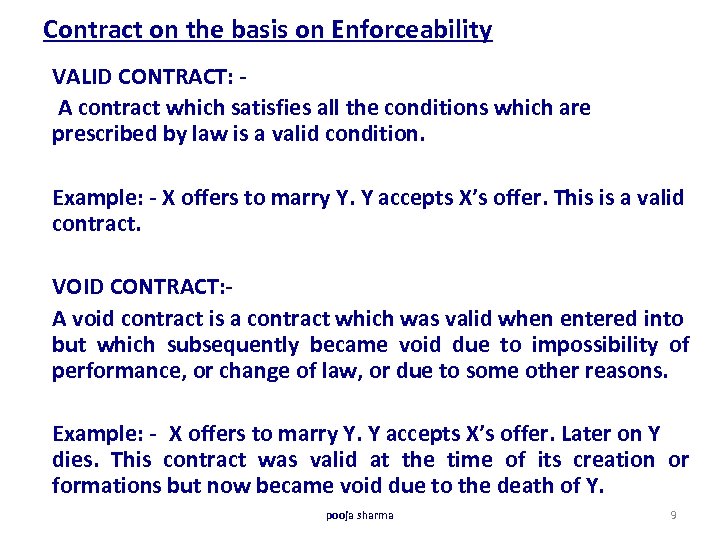 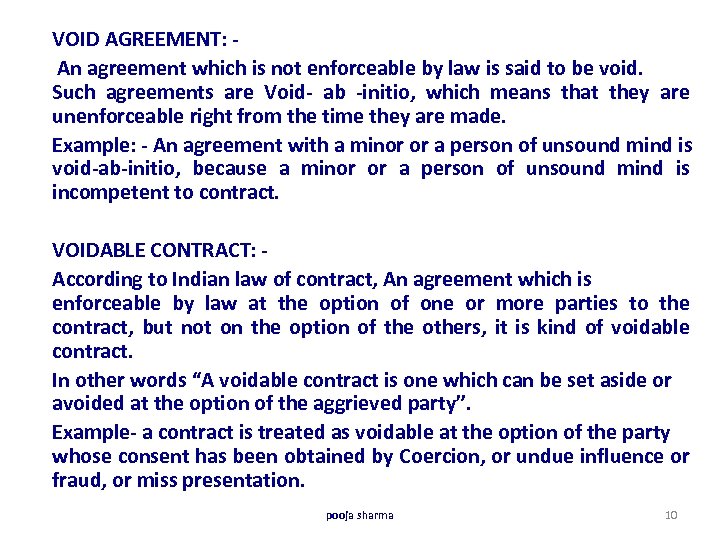 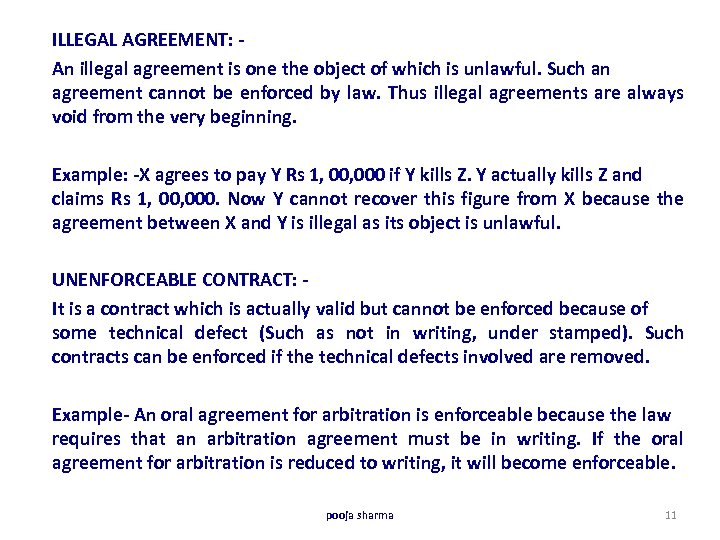 Contract on the basis of Execution EXECUTED CONTRACT: - • It is a contract where both the parties to the contract have fulfilled their respective obligations under the contract. Example: - X offers to sell his car to Y for Rs 1, 000. Y accepts X’s offer. X delivers the car to Y and pays Rs one lakh to X. It is an executed contract. pooja sharma 7

VOID AGREEMENT: An agreement which is not enforceable by law is said to be void. Such agreements are Void- ab -initio, which means that they are unenforceable right from the time they are made. Example: - An agreement with a minor or a person of unsound mind is void-ab-initio, because a minor or a person of unsound mind is incompetent to contract. VOIDABLE CONTRACT: - According to Indian law of contract, An agreement which is enforceable by law at the option of one or more parties to the contract, but not on the option of the others, it is kind of voidable contract. In other words “A voidable contract is one which can be set aside or avoided at the option of the aggrieved party”. Example- a contract is treated as voidable at the option of the party whose consent has been obtained by Coercion, or undue influence or fraud, or miss presentation. pooja sharma 10

ILLEGAL AGREEMENT: An illegal agreement is one the object of which is unlawful. Such an agreement cannot be enforced by law. Thus illegal agreements are always void from the very beginning. Example: -X agrees to pay Y Rs 1, 000 if Y kills Z. Y actually kills Z and claims Rs 1, 00, 000. Now Y cannot recover this figure from X because the agreement between X and Y is illegal as its object is unlawful. UNENFORCEABLE CONTRACT: It is a contract which is actually valid but cannot be enforced because of some technical defect (Such as not in writing, under stamped). Such contracts can be enforced if the technical defects involved are removed. Example- An oral agreement for arbitration is enforceable because the law requires that an arbitration agreement must be in writing. If the oral agreement for arbitration is reduced to writing, it will become enforceable. pooja sharma 11