DEVELOPMENT BLUEPRINT FOR FIJI Implementation through the Strategic 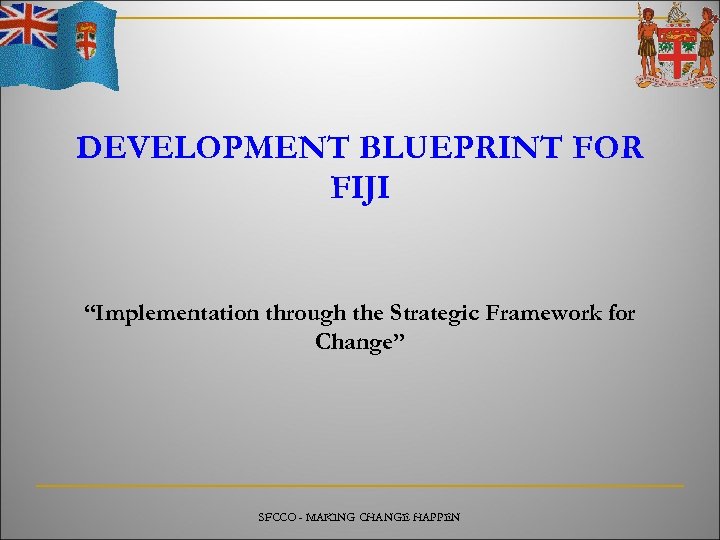 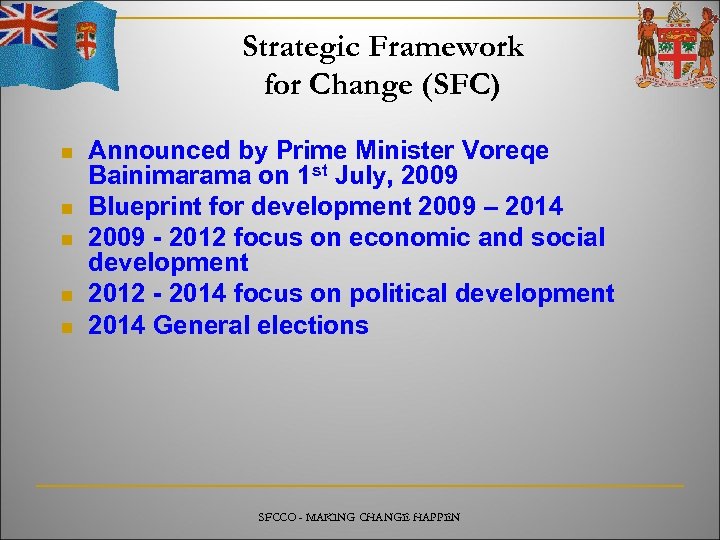 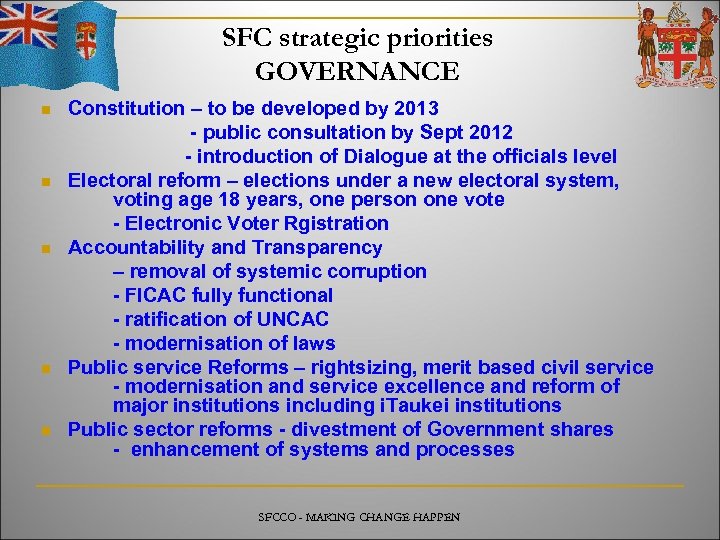 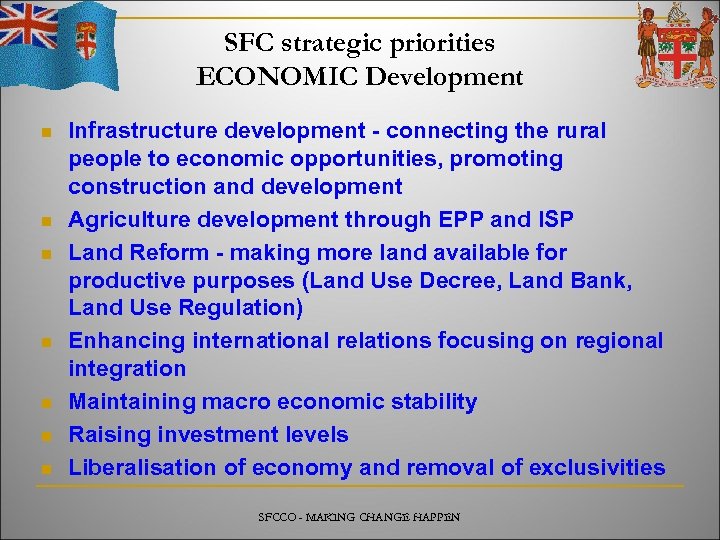 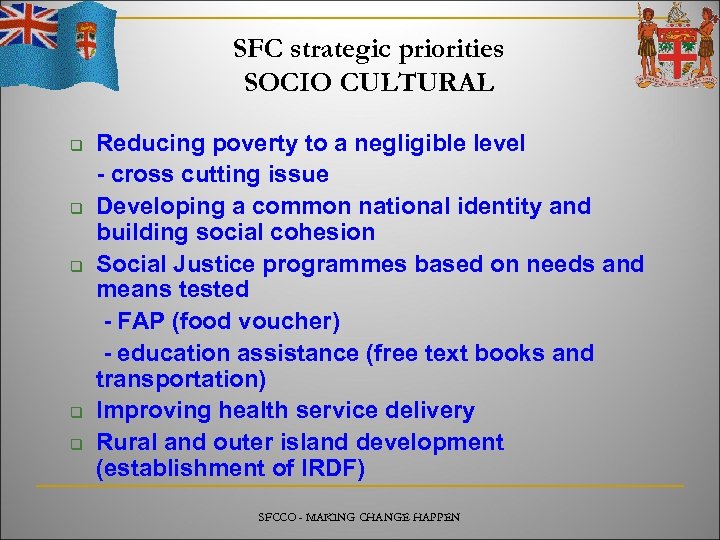 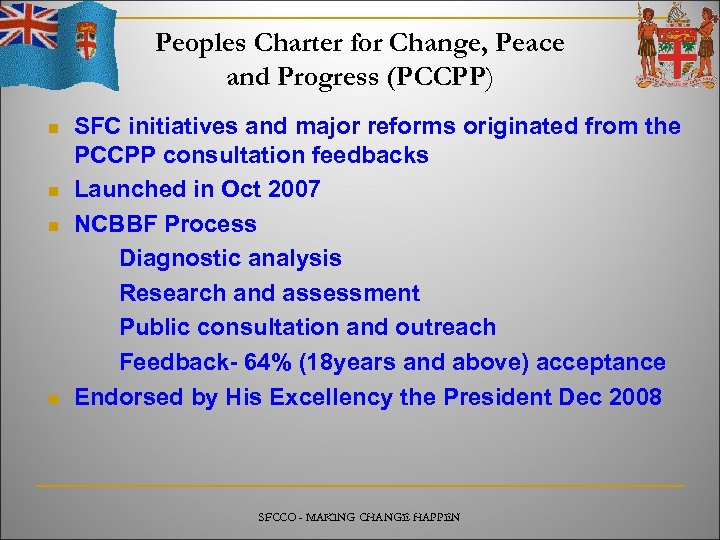 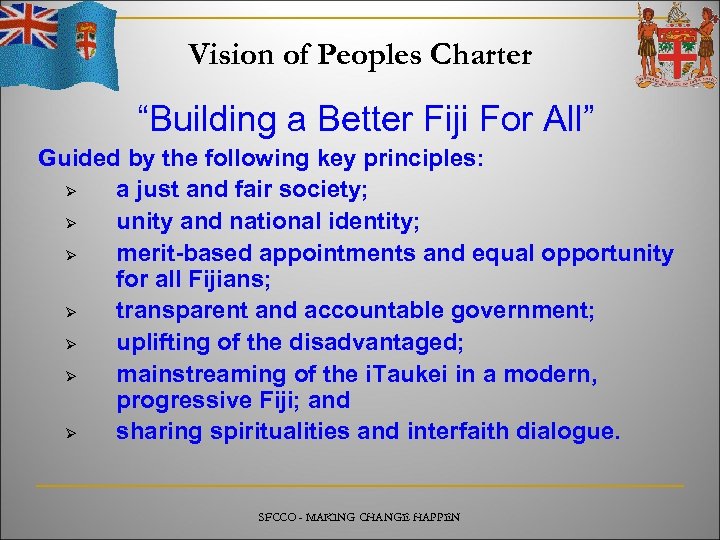 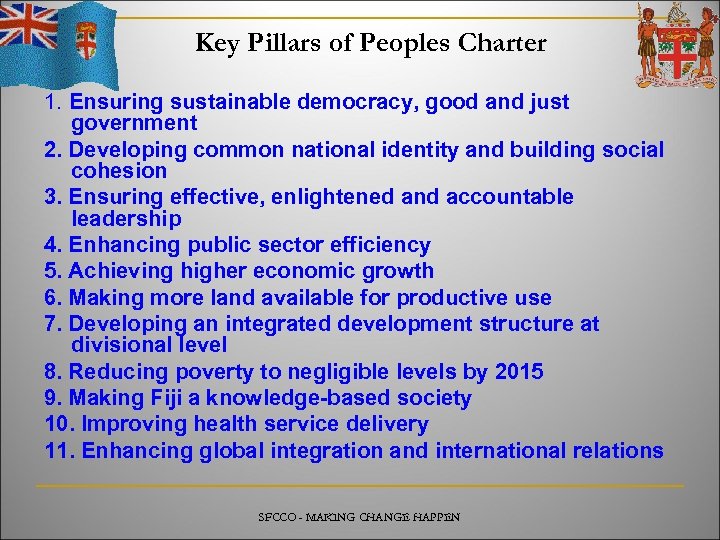 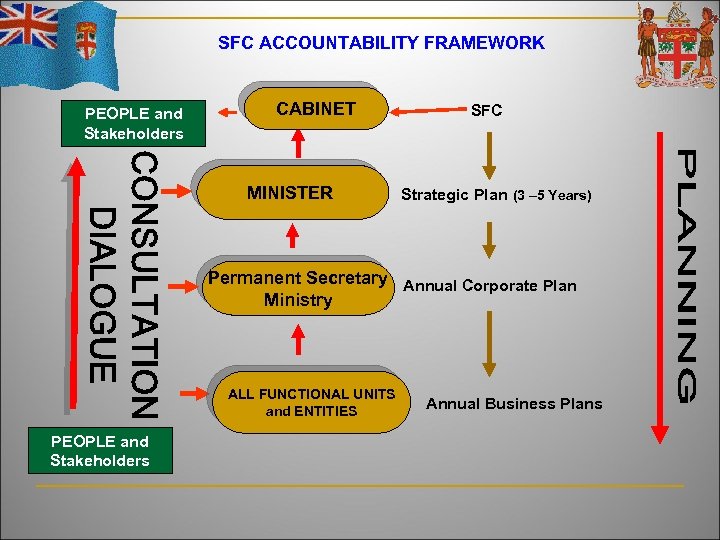 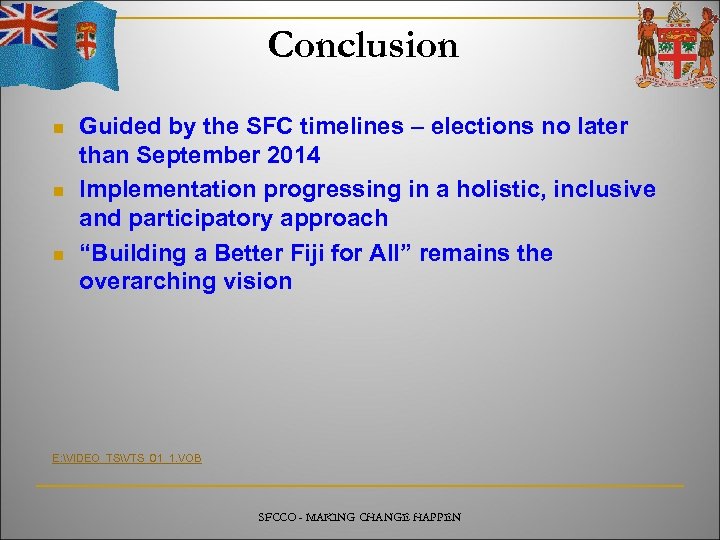 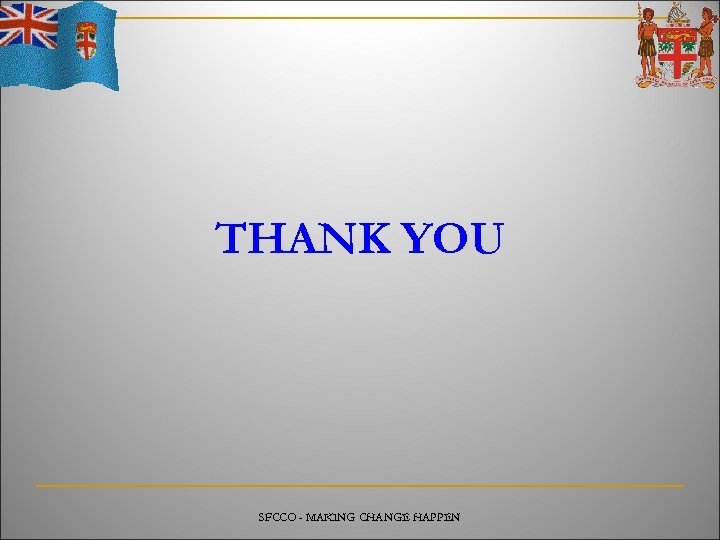 Скачать презентацию DEVELOPMENT BLUEPRINT FOR FIJI Implementation through the Strategic

Vision of Peoples Charter “Building a Better Fiji For All” Guided by the following key principles: Ø a just and fair society; Ø unity and national identity; Ø merit-based appointments and equal opportunity for all Fijians; Ø transparent and accountable government; Ø uplifting of the disadvantaged; Ø mainstreaming of the i. Taukei in a modern, progressive Fiji; and Ø sharing spiritualities and interfaith dialogue. SFCCO - MAKING CHANGE HAPPEN