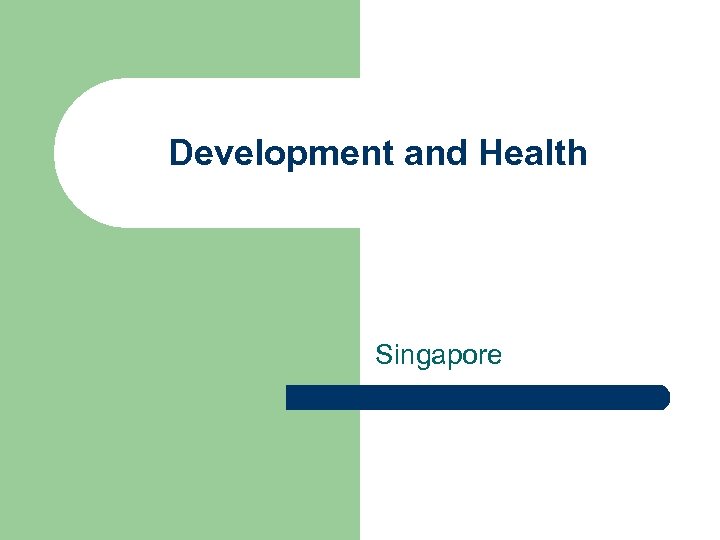 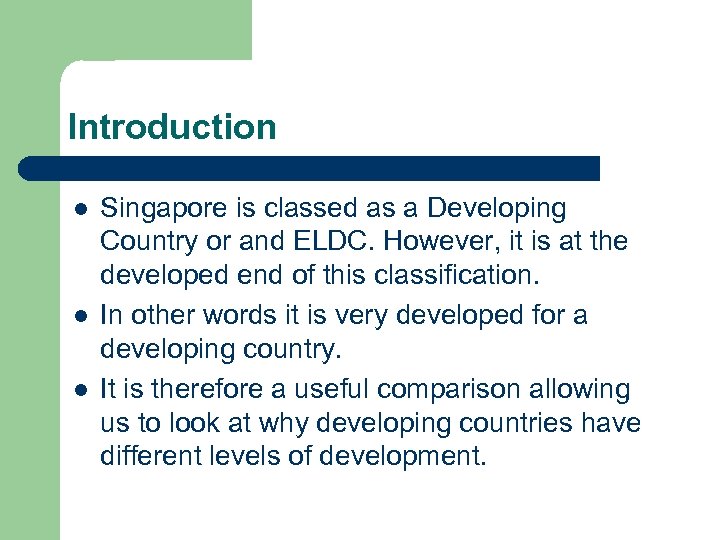 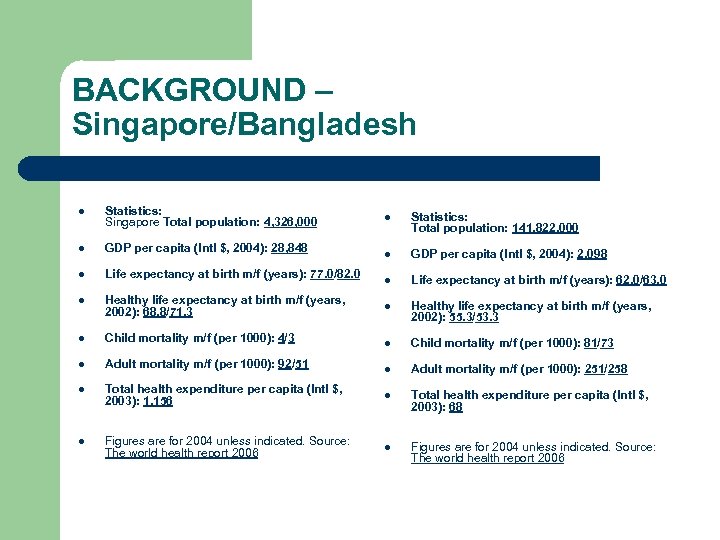 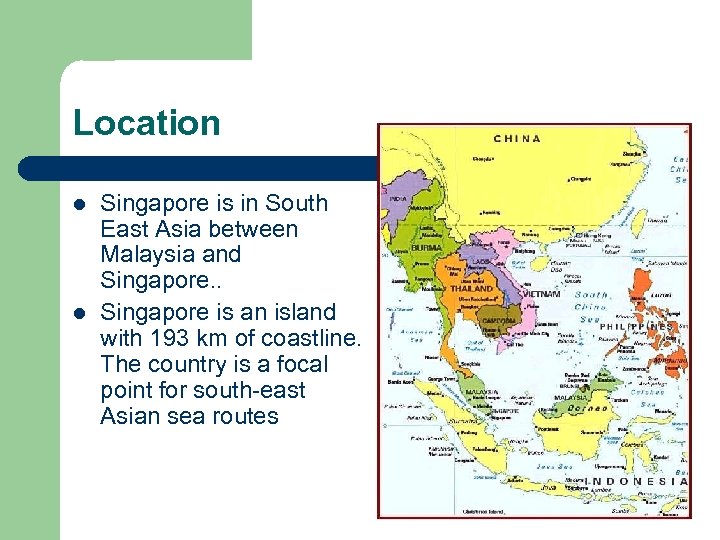 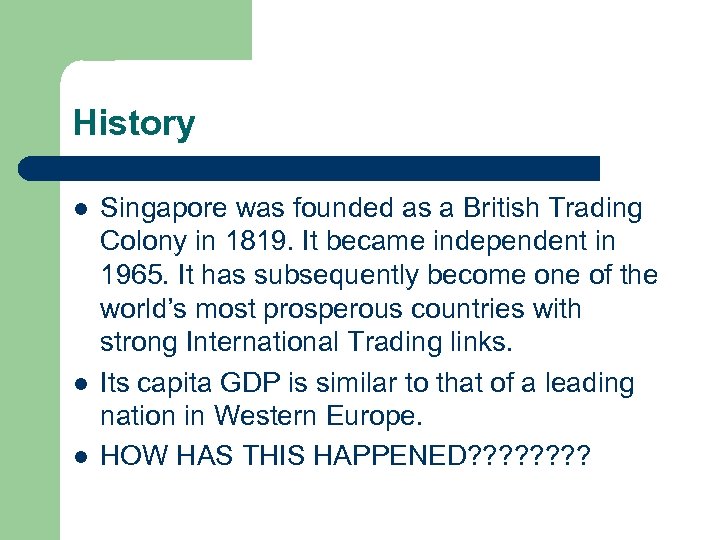 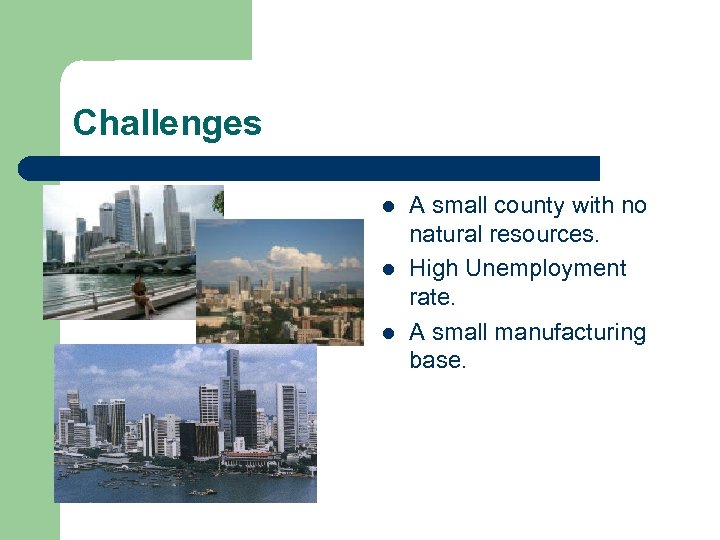 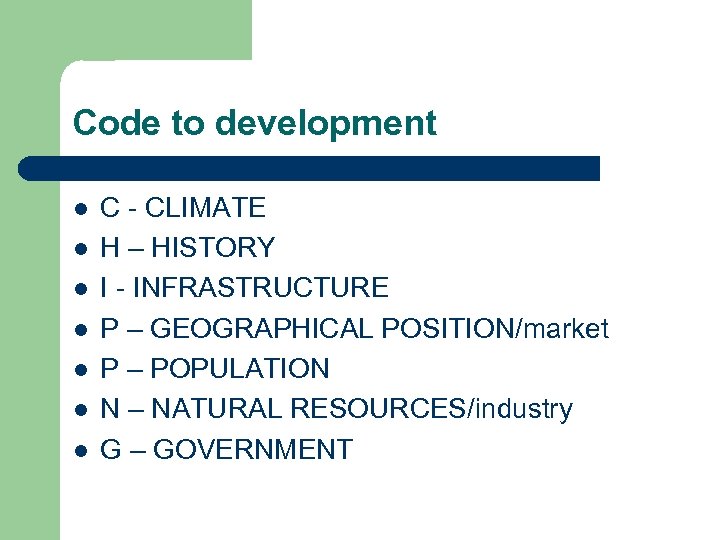 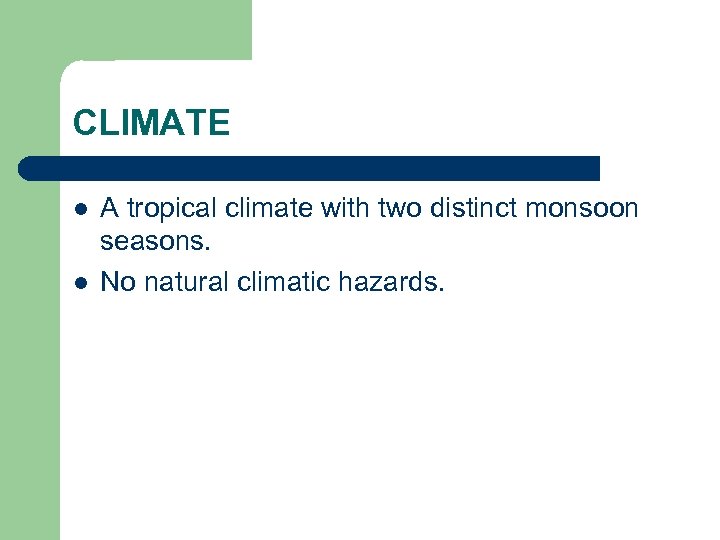 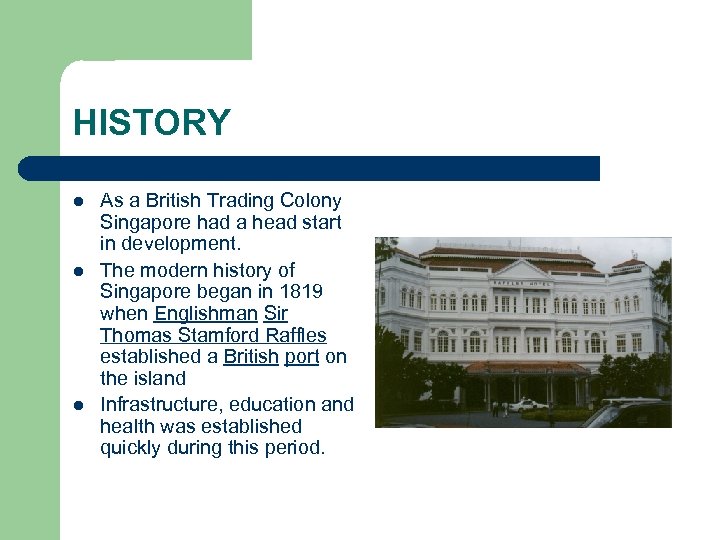 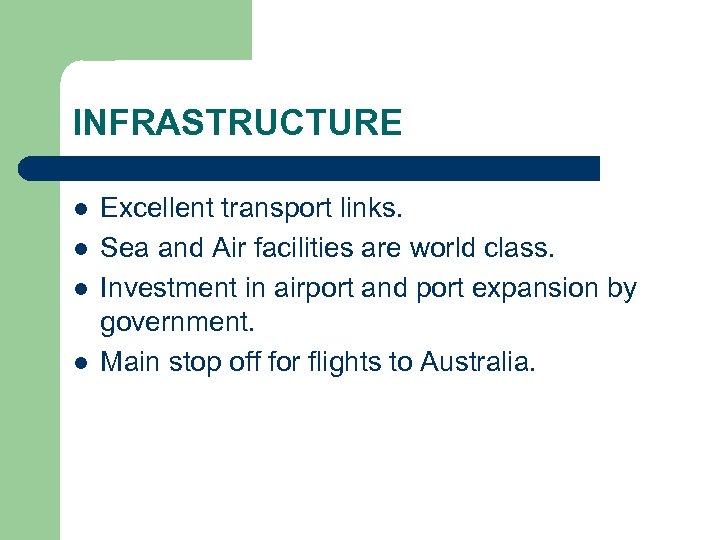 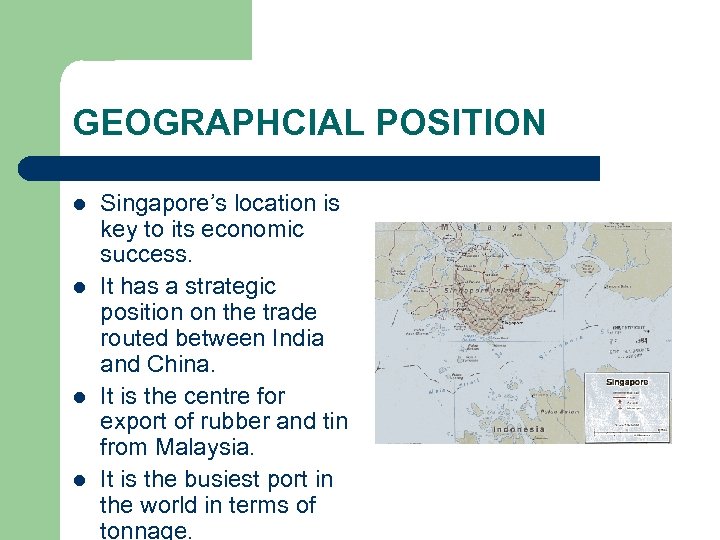 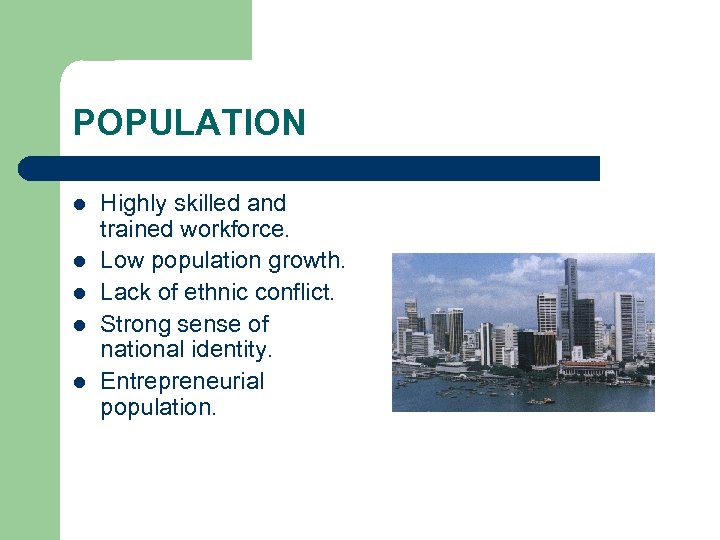 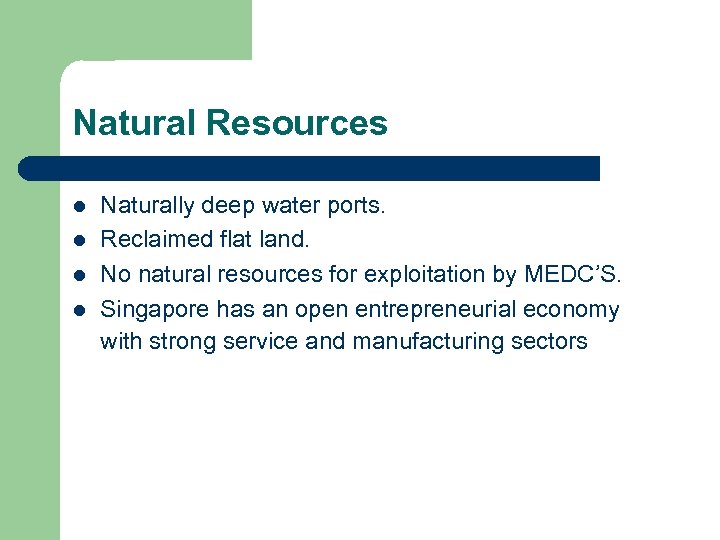 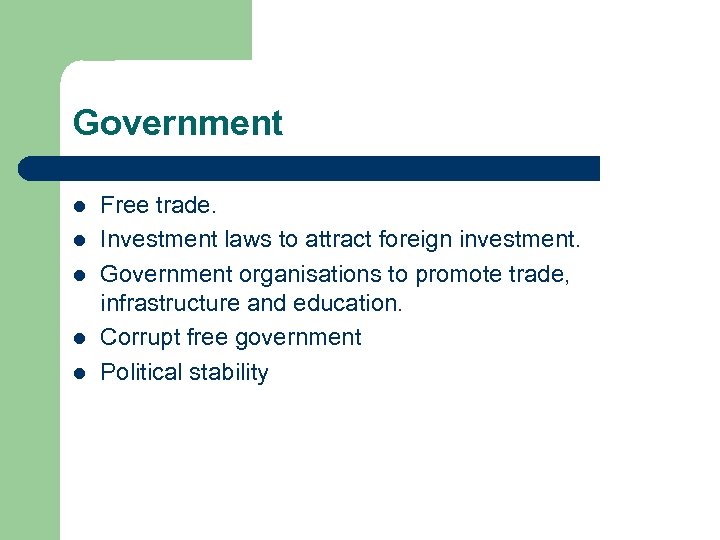 Introduction l l l Singapore is classed as a Developing Country or and ELDC. However, it is at the developed end of this classification. In other words it is very developed for a developing country. It is therefore a useful comparison allowing us to look at why developing countries have different levels of development.

Location l l Singapore is in South East Asia between Malaysia and Singapore. . Singapore is an island with 193 km of coastline. The country is a focal point for south-east Asian sea routes

History l l l Singapore was founded as a British Trading Colony in 1819. It became independent in 1965. It has subsequently become one of the world’s most prosperous countries with strong International Trading links. Its capita GDP is similar to that of a leading nation in Western Europe. HOW HAS THIS HAPPENED? ? ? ?

HISTORY l l l As a British Trading Colony Singapore had a head start in development. The modern history of Singapore began in 1819 when Englishman Sir Thomas Stamford Raffles established a British port on the island Infrastructure, education and health was established quickly during this period.

GEOGRAPHCIAL POSITION l l Singapore’s location is key to its economic success. It has a strategic position on the trade routed between India and China. It is the centre for export of rubber and tin from Malaysia. It is the busiest port in the world in terms of tonnage.