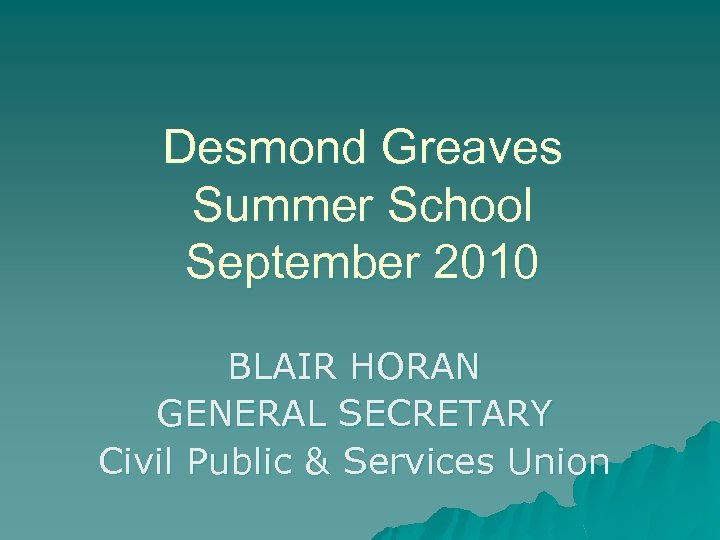 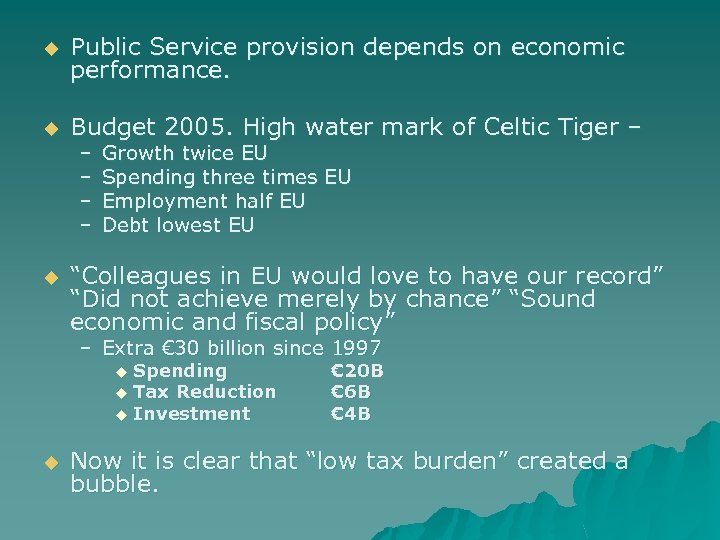 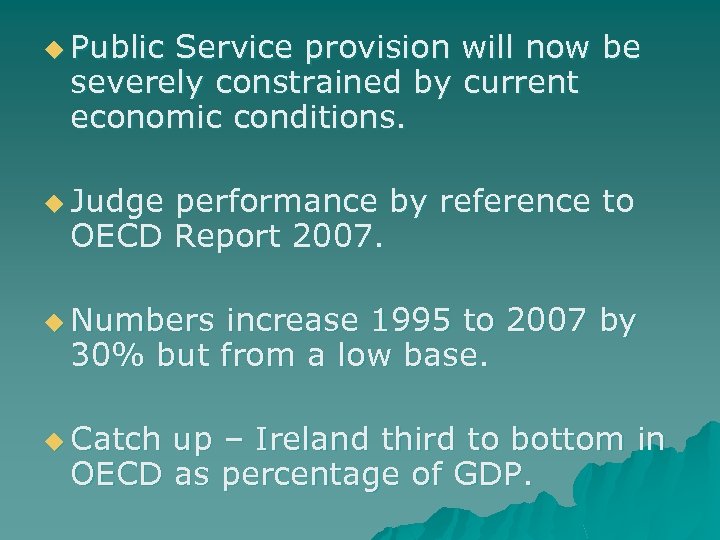 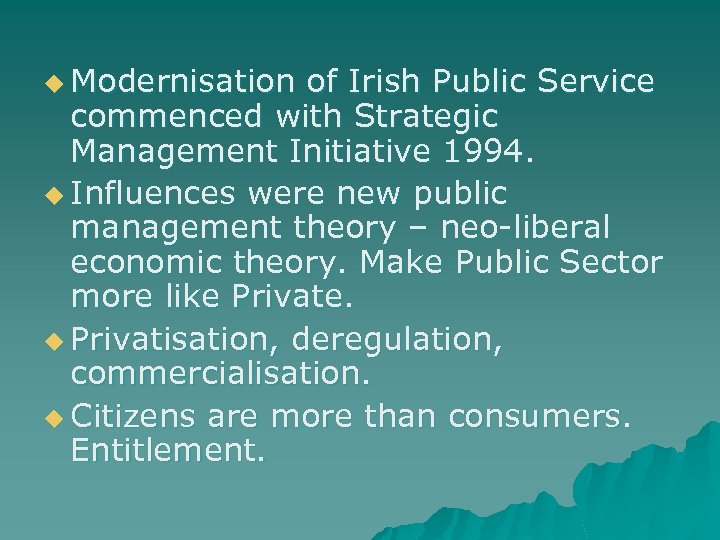 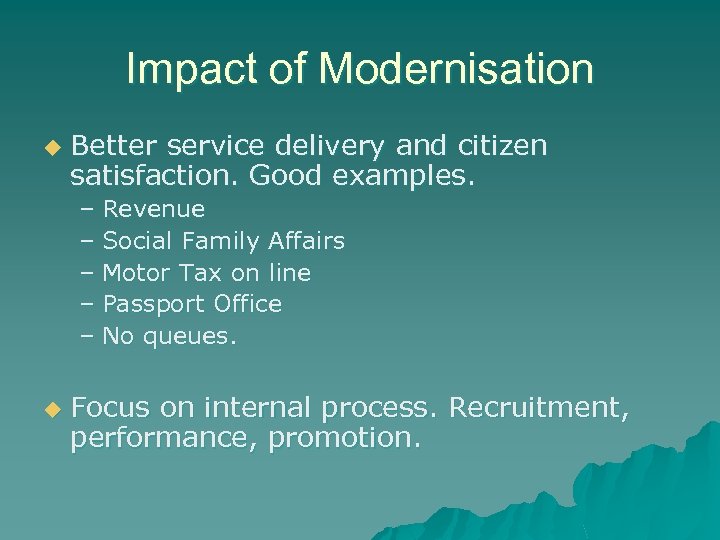 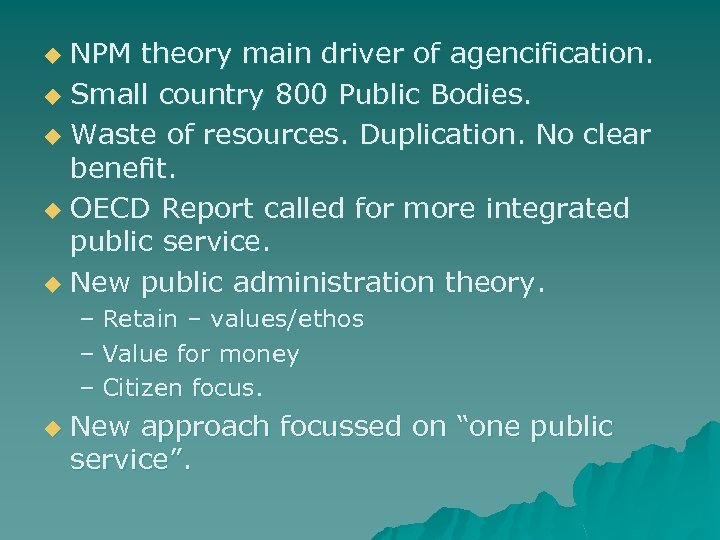 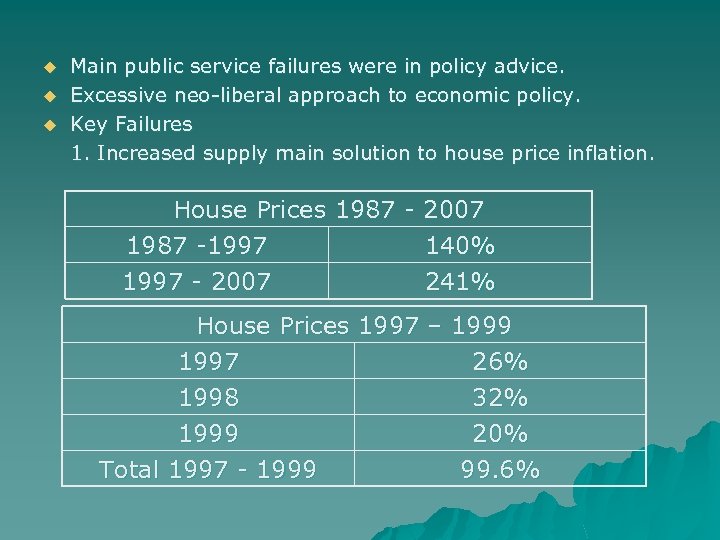 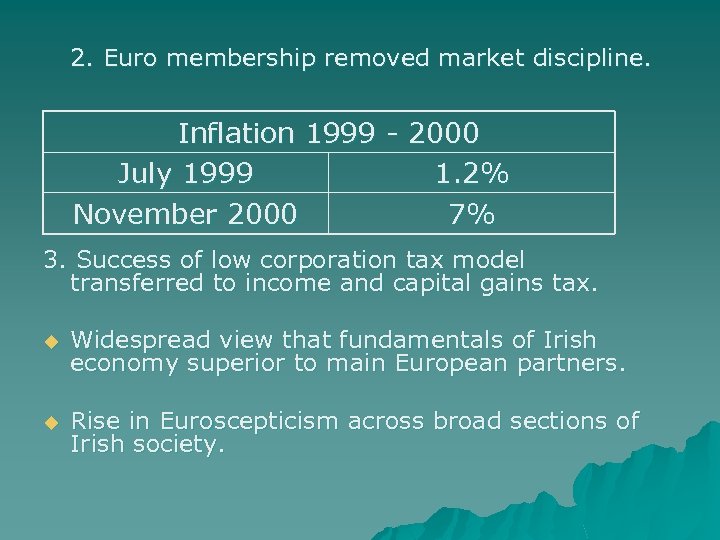 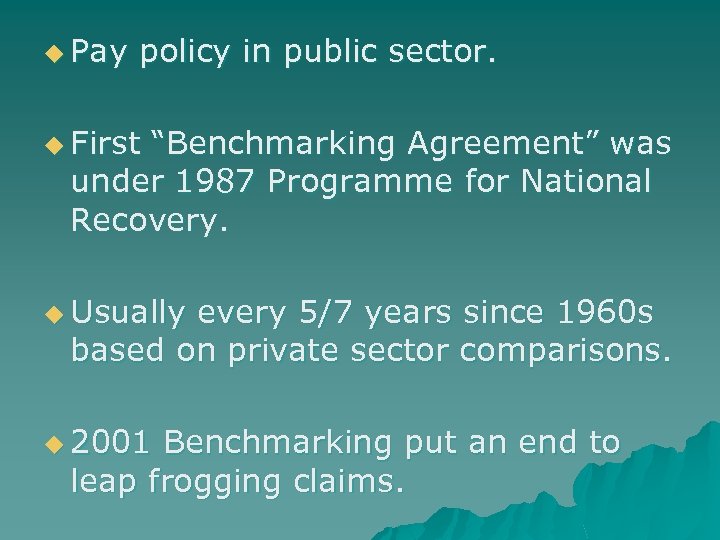 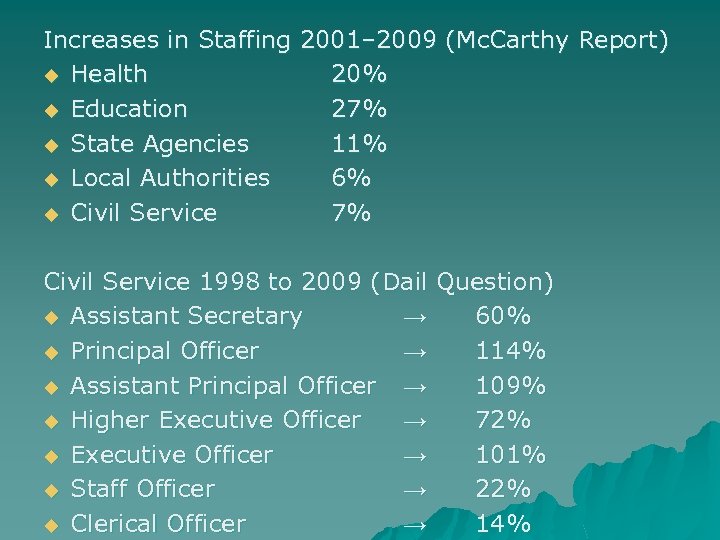 u Public Service provision depends on economic performance. u Budget 2005. High water mark of Celtic Tiger – u – – Growth twice EU Spending three times EU Employment half EU Debt lowest EU “Colleagues in EU would love to have our record” “Did not achieve merely by chance” “Sound economic and fiscal policy” – Extra € 30 billion since 1997 Spending u Tax Reduction u Investment u u € 20 B € 6 B € 4 B Now it is clear that “low tax burden” created a bubble.

u Public Service provision will now be severely constrained by current economic conditions. u Judge performance by reference to OECD Report 2007. u Numbers increase 1995 to 2007 by 30% but from a low base. u Catch up – Ireland third to bottom in OECD as percentage of GDP.

u Pay policy in public sector. u First “Benchmarking Agreement” was under 1987 Programme for National Recovery. u Usually every 5/7 years since 1960 s based on private sector comparisons. u 2001 Benchmarking put an end to leap frogging claims.

Conclusion u Growth in numbers from a low base but facilitated by windfall taxes. Significant retrenchment a reality. u Better service delivery for citizens over past 15 years. u Fragmentation of public service a waste and duplication of resources. u Real failure in area of policy advice.