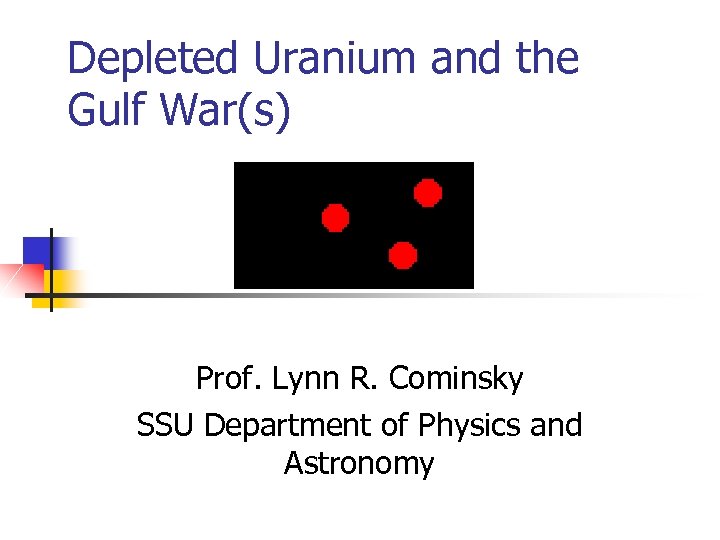 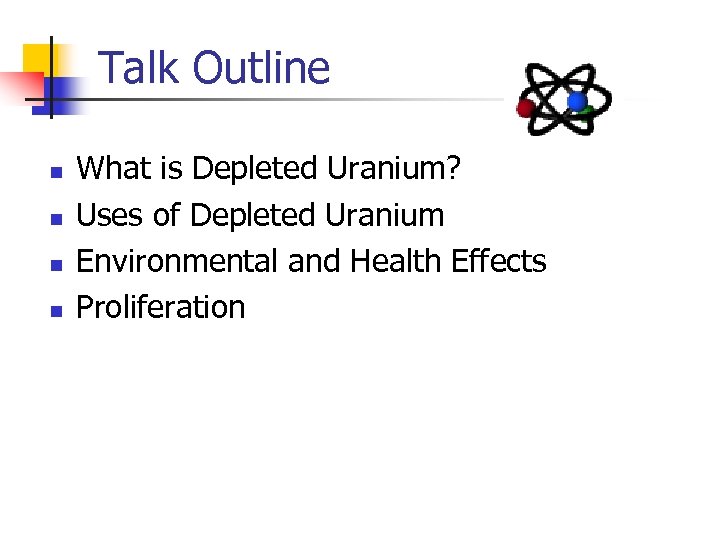 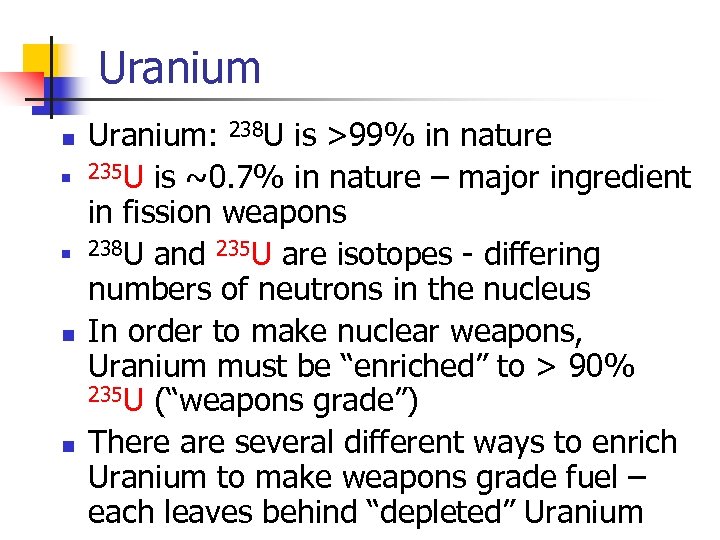 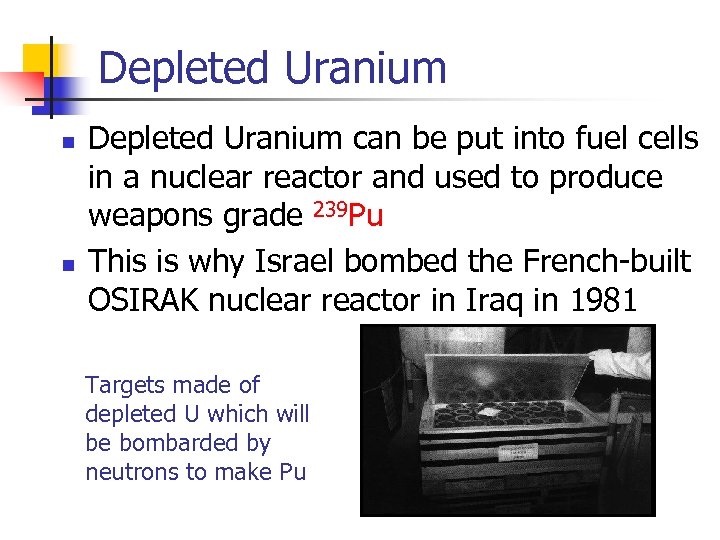 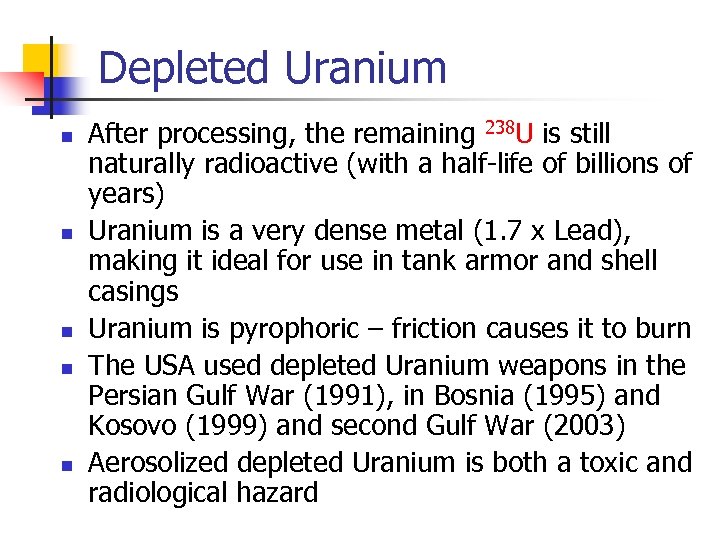 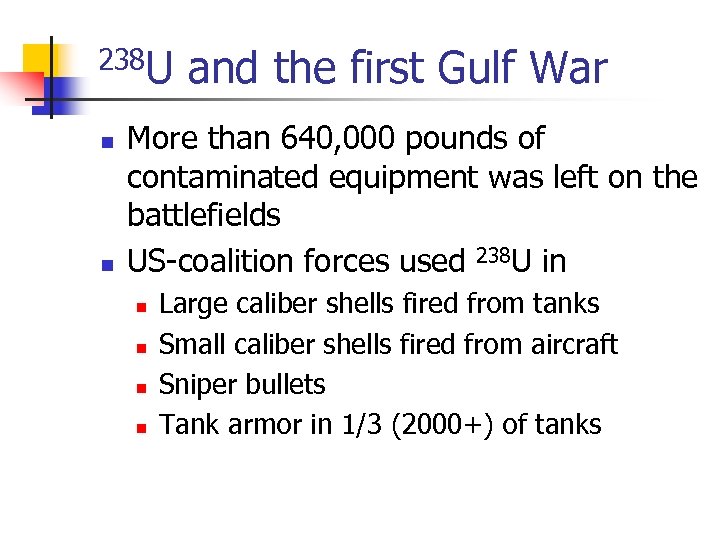 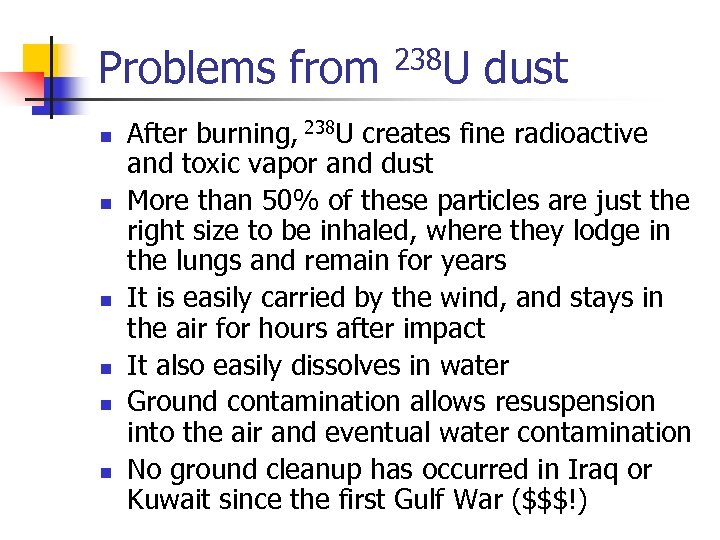 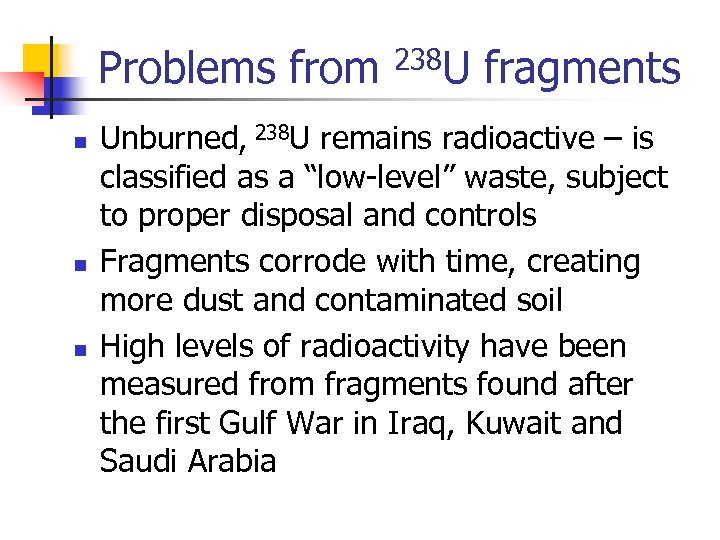 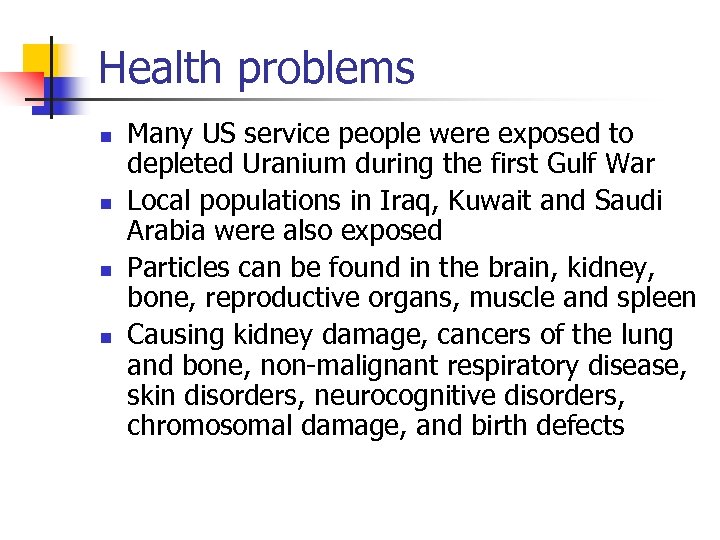 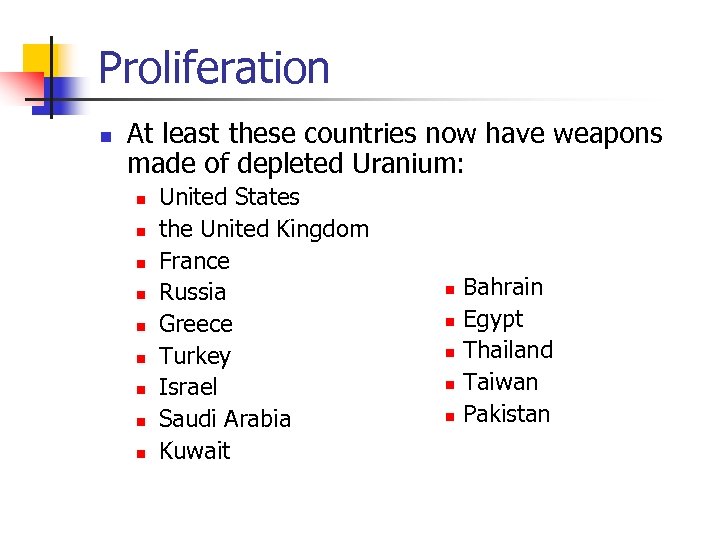 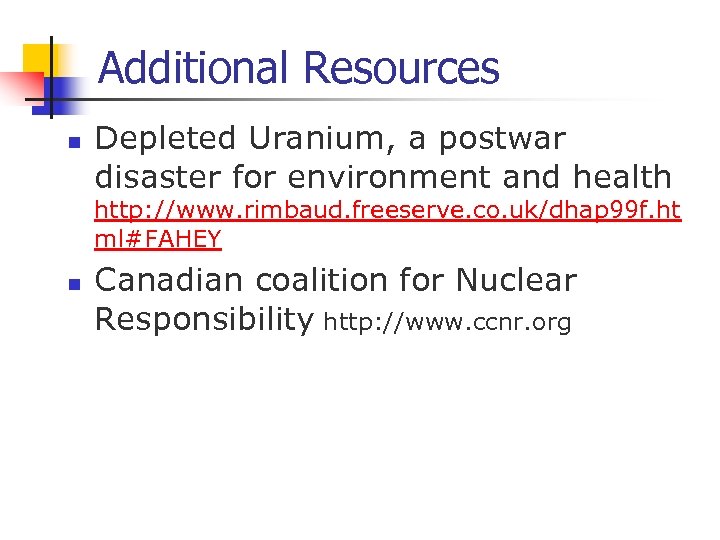 Uranium n n n Uranium: 238 U is >99% in nature 235 U is ~0. 7% in nature – major ingredient in fission weapons 238 U and 235 U are isotopes - differing numbers of neutrons in the nucleus In order to make nuclear weapons, Uranium must be “enriched” to > 90% 235 U (“weapons grade”) There are several different ways to enrich Uranium to make weapons grade fuel – each leaves behind “depleted” Uranium

Depleted Uranium n n n After processing, the remaining 238 U is still naturally radioactive (with a half-life of billions of years) Uranium is a very dense metal (1. 7 x Lead), making it ideal for use in tank armor and shell casings Uranium is pyrophoric – friction causes it to burn The USA used depleted Uranium weapons in the Persian Gulf War (1991), in Bosnia (1995) and Kosovo (1999) and second Gulf War (2003) Aerosolized depleted Uranium is both a toxic and radiological hazard

Problems from n n n 238 U dust After burning, 238 U creates fine radioactive and toxic vapor and dust More than 50% of these particles are just the right size to be inhaled, where they lodge in the lungs and remain for years It is easily carried by the wind, and stays in the air for hours after impact It also easily dissolves in water Ground contamination allows resuspension into the air and eventual water contamination No ground cleanup has occurred in Iraq or Kuwait since the first Gulf War ($$$!)

Problems from n n n 238 U fragments Unburned, 238 U remains radioactive – is classified as a “low-level” waste, subject to proper disposal and controls Fragments corrode with time, creating more dust and contaminated soil High levels of radioactivity have been measured from fragments found after the first Gulf War in Iraq, Kuwait and Saudi Arabia