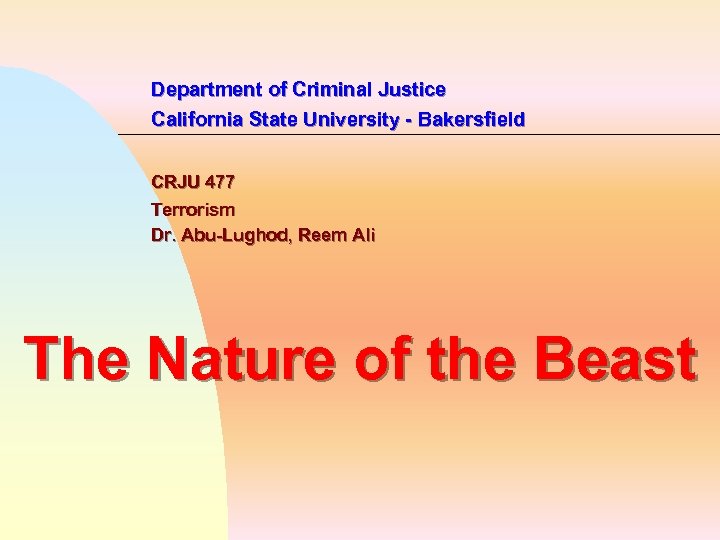 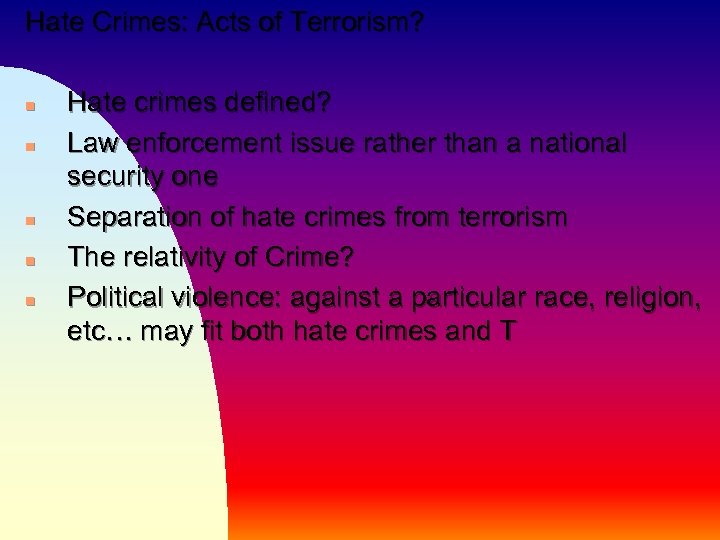 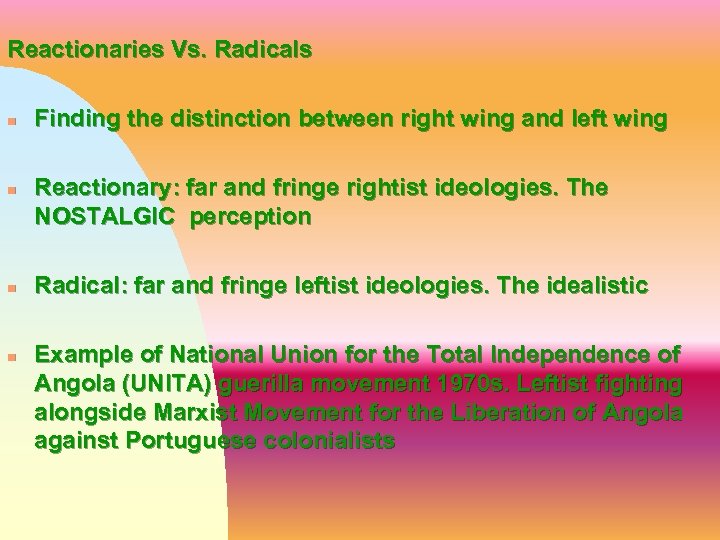 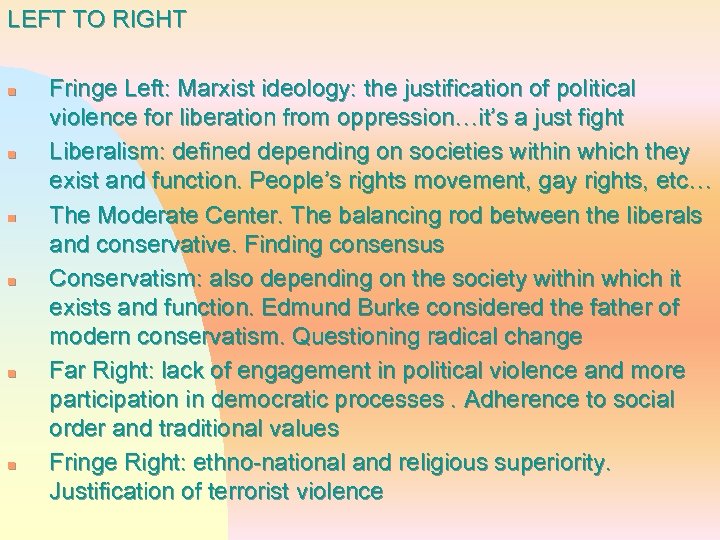 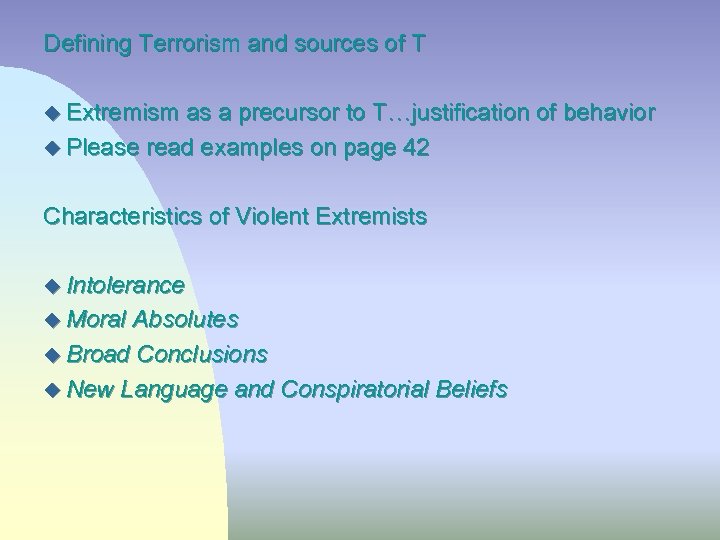 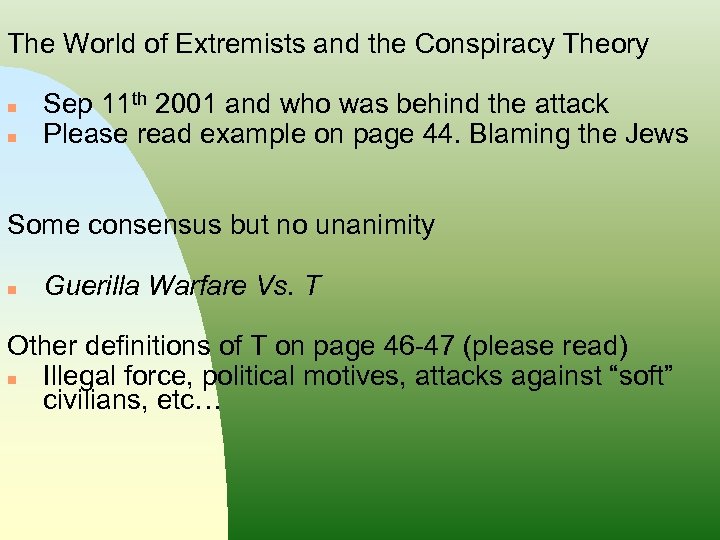 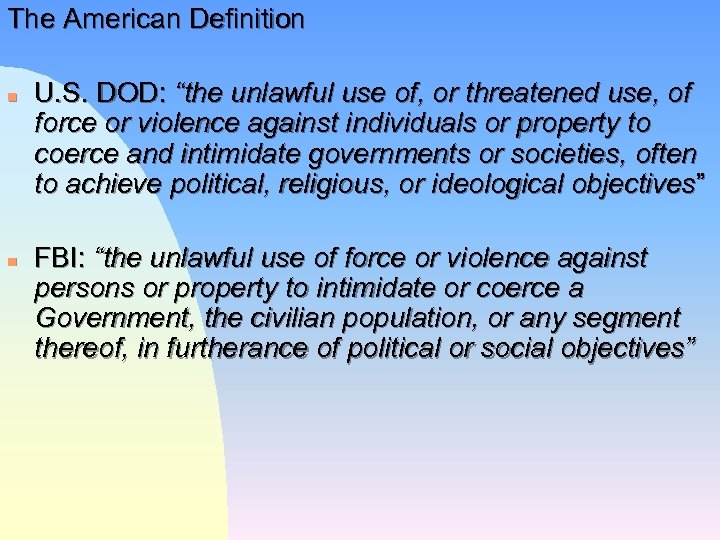 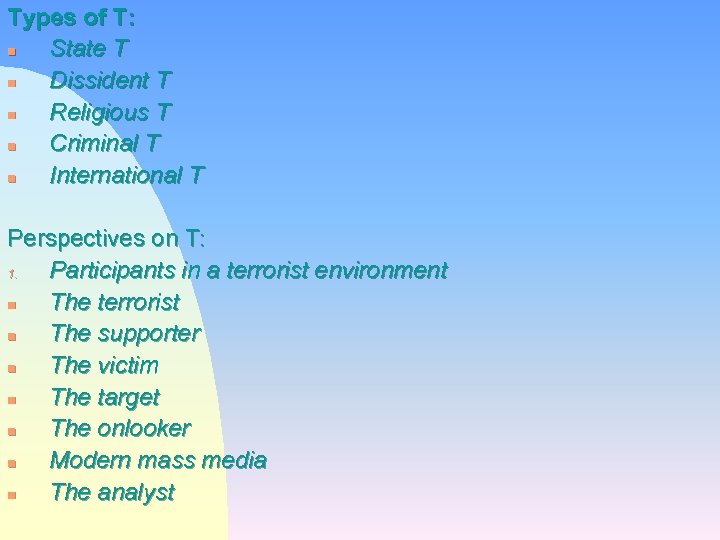 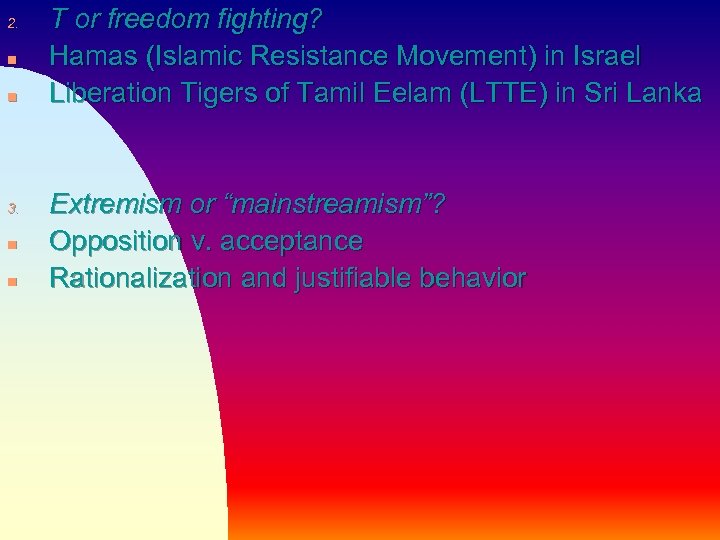 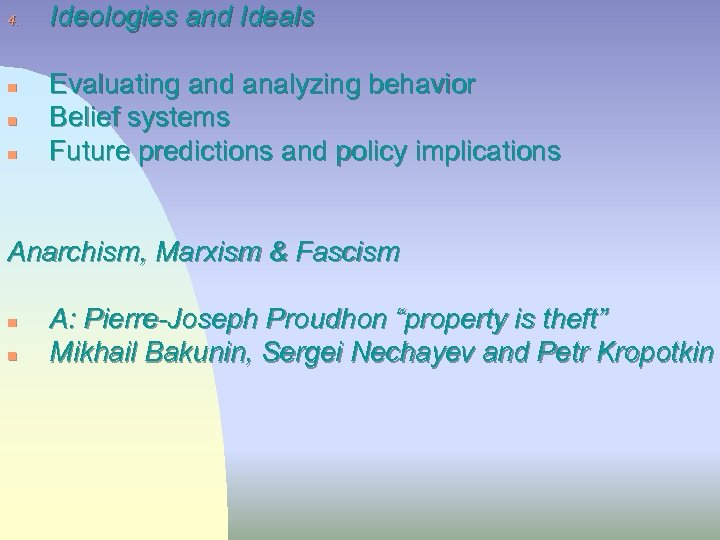 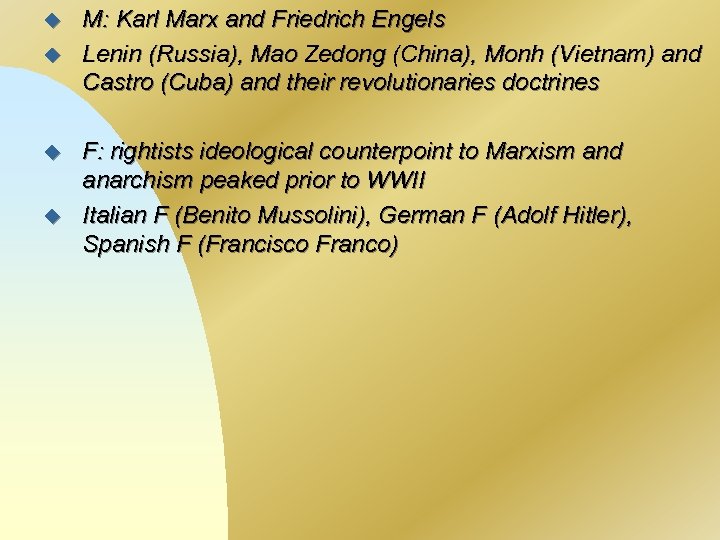 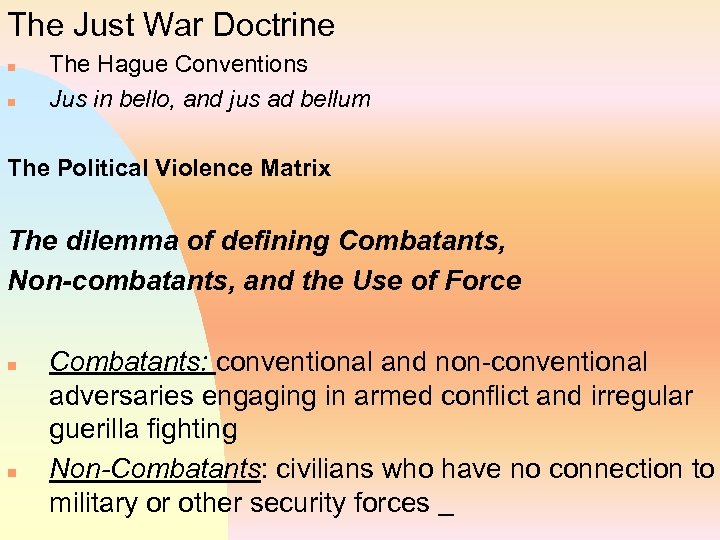 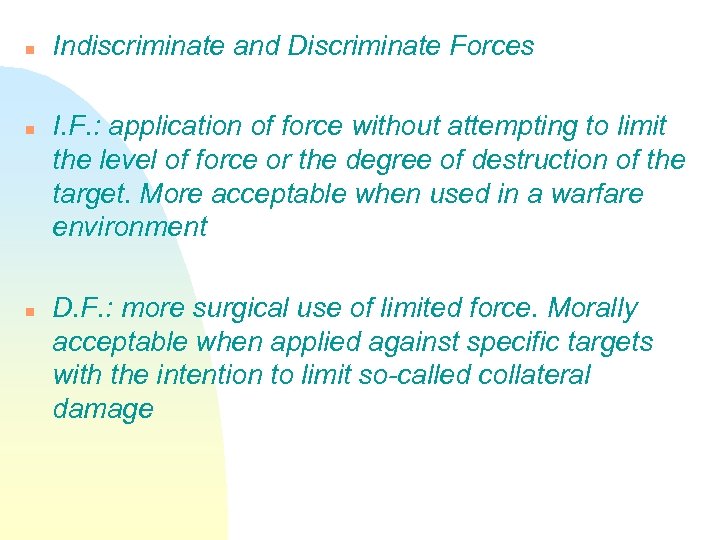 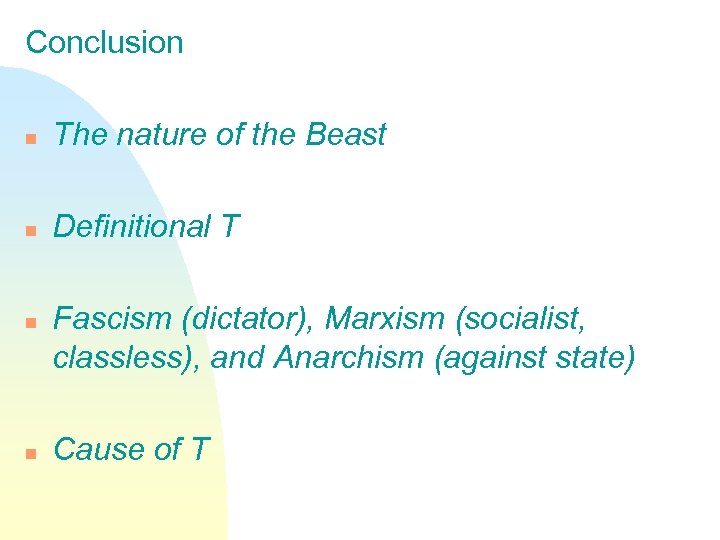 Hate Crimes: Acts of Terrorism? n n n Hate crimes defined? Law enforcement issue rather than a national security one Separation of hate crimes from terrorism The relativity of Crime? Political violence: against a particular race, religion, etc… may fit both hate crimes and T

LEFT TO RIGHT n n n Fringe Left: Marxist ideology: the justification of political violence for liberation from oppression…it’s a just fight Liberalism: defined depending on societies within which they exist and function. People’s rights movement, gay rights, etc… The Moderate Center. The balancing rod between the liberals and conservative. Finding consensus Conservatism: also depending on the society within which it exists and function. Edmund Burke considered the father of modern conservatism. Questioning radical change Far Right: lack of engagement in political violence and more participation in democratic processes. Adherence to social order and traditional values Fringe Right: ethno-national and religious superiority. Justification of terrorist violence

The World of Extremists and the Conspiracy Theory n n Sep 11 th 2001 and who was behind the attack Please read example on page 44. Blaming the Jews Some consensus but no unanimity n Guerilla Warfare Vs. T Other definitions of T on page 46 -47 (please read) n Illegal force, political motives, attacks against “soft” civilians, etc…

The American Definition n n U. S. DOD: “the unlawful use of, or threatened use, of force or violence against individuals or property to coerce and intimidate governments or societies, often to achieve political, religious, or ideological objectives” FBI: “the unlawful use of force or violence against persons or property to intimidate or coerce a Government, the civilian population, or any segment thereof, in furtherance of political or social objectives”

The Just War Doctrine n n The Hague Conventions Jus in bello, and jus ad bellum The Political Violence Matrix The dilemma of defining Combatants, Non-combatants, and the Use of Force n n Combatants: conventional and non-conventional adversaries engaging in armed conflict and irregular guerilla fighting Non-Combatants: civilians who have no connection to military or other security forces

n n n Indiscriminate and Discriminate Forces I. F. : application of force without attempting to limit the level of force or the degree of destruction of the target. More acceptable when used in a warfare environment D. F. : more surgical use of limited force. Morally acceptable when applied against specific targets with the intention to limit so-called collateral damage