Deindustrialization the 1970 s Socio-economic Contexts of 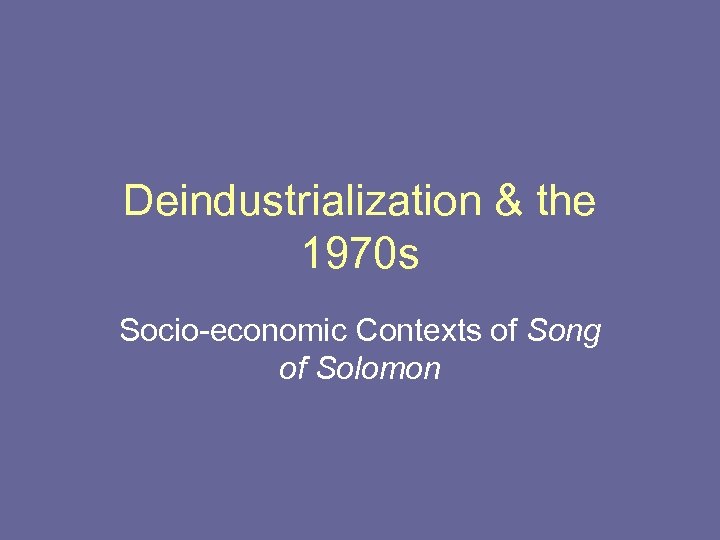 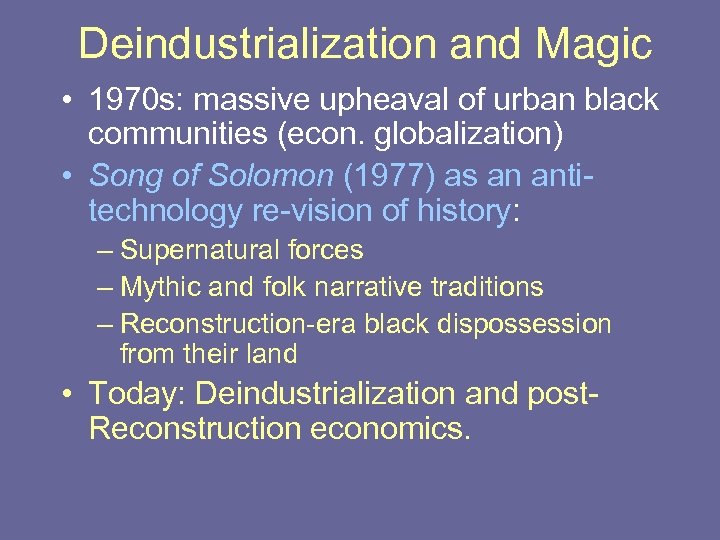 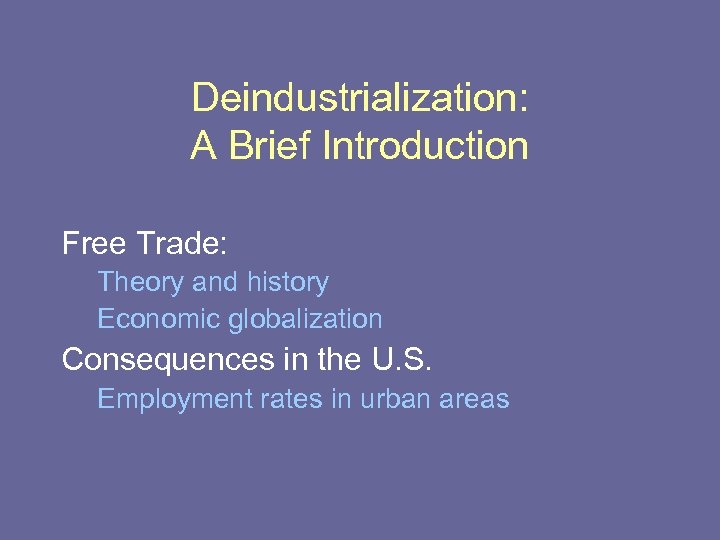 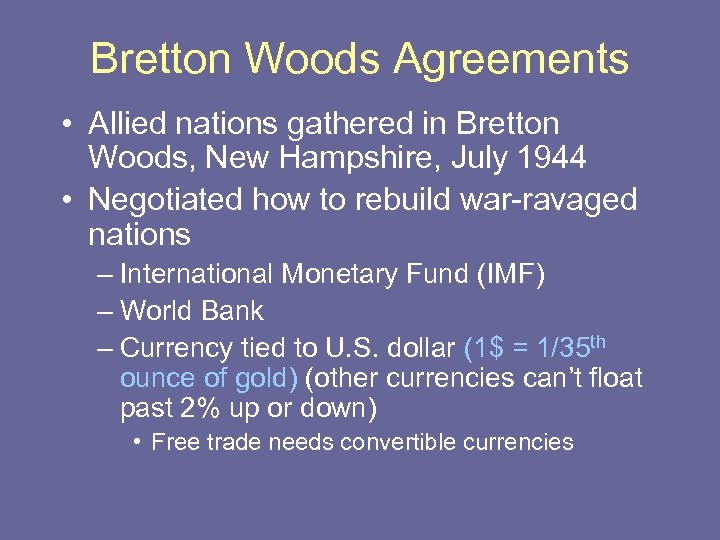 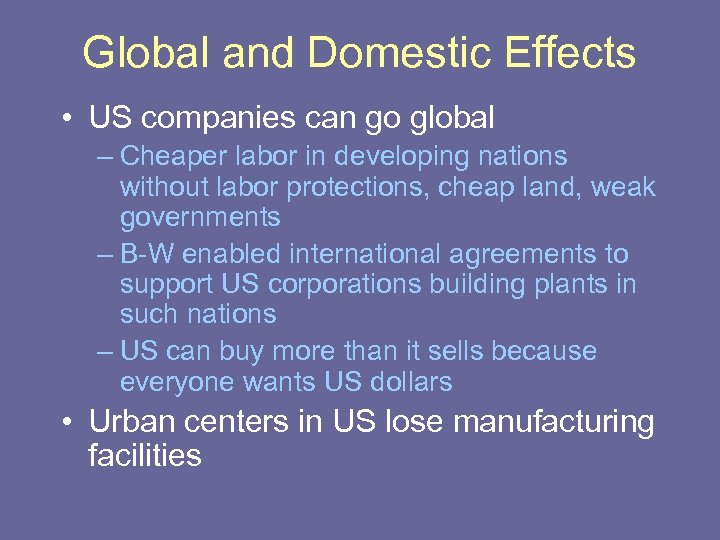 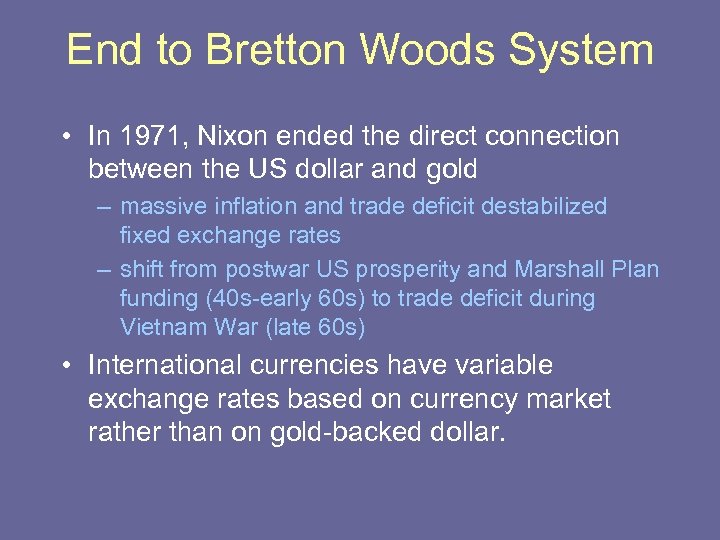 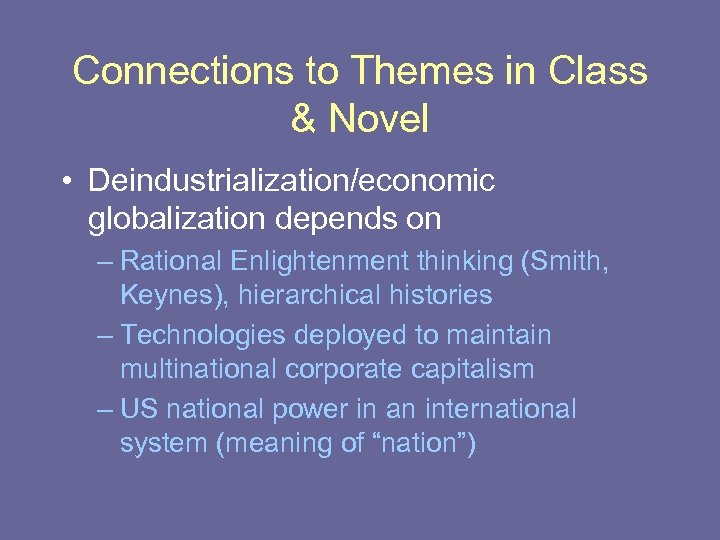 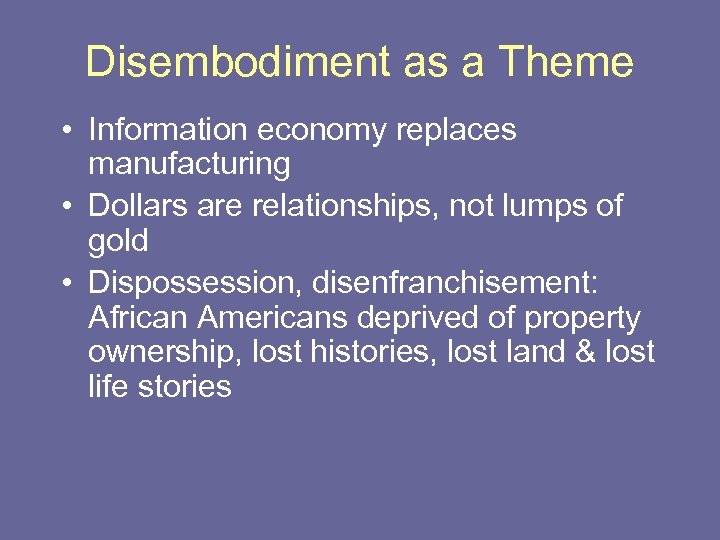 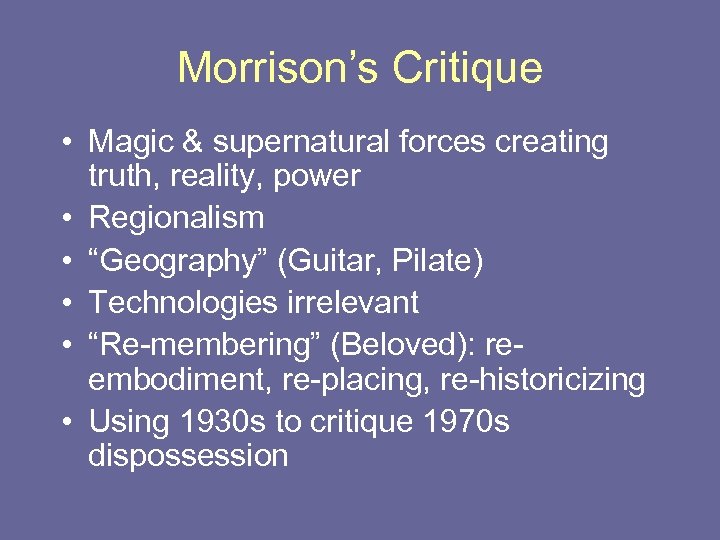 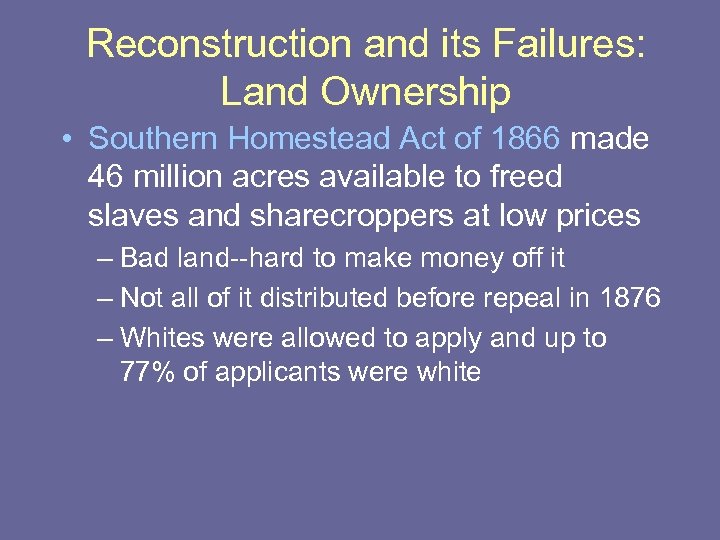 Deindustrialization & the 1970 s Socio-economic Contexts of Song of Solomon

Free Trade • Adam Smith (The Wealth of Nations, 1776): – Governments should not limit national or international trade, capital’s flow should be free • Industrial Revolution: – Social relations and practices were reshaped by government and industries to conform to the free market model

Cracks in the Free Market • The Great Depression! – Led to some government regulation during and after WWII • John Maynard Keynes advocated some government intervention into the market to keep it running smoothly: Keynesian economics – In the US: The New Deal (social services) – In Europe & its former colonies: The Marshall Plan, Bretton Woods Agreement

Global and Domestic Effects • US companies can go global – Cheaper labor in developing nations without labor protections, cheap land, weak governments – B-W enabled international agreements to support US corporations building plants in such nations – US can buy more than it sells because everyone wants US dollars • Urban centers in US lose manufacturing facilities

End to Bretton Woods System • In 1971, Nixon ended the direct connection between the US dollar and gold – massive inflation and trade deficit destabilized fixed exchange rates – shift from postwar US prosperity and Marshall Plan funding (40 s-early 60 s) to trade deficit during Vietnam War (late 60 s) • International currencies have variable exchange rates based on currency market rather than on gold-backed dollar.

Reconstruction and its Failures: Land Ownership • Southern Homestead Act of 1866 made 46 million acres available to freed slaves and sharecroppers at low prices – Bad land--hard to make money off it – Not all of it distributed before repeal in 1876 – Whites were allowed to apply and up to 77% of applicants were white

HISTORY OF ECONOMIC THOUGHT Structure of the course