Cross-Cultural Miscommunication The book The Spirit Catches You 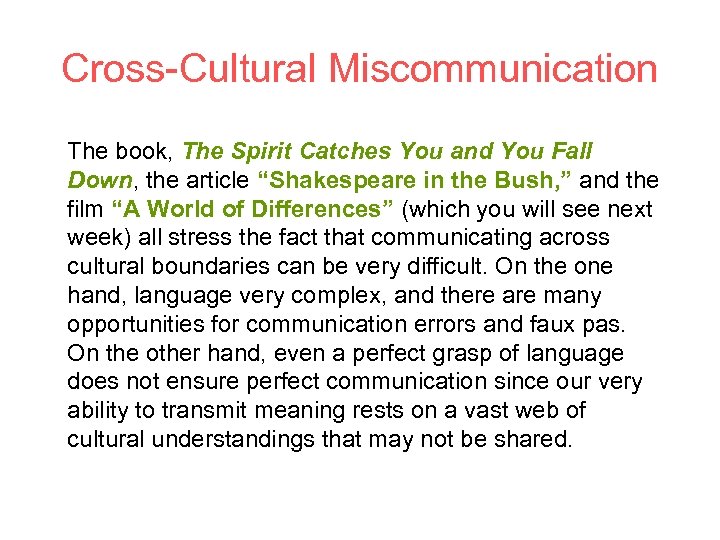 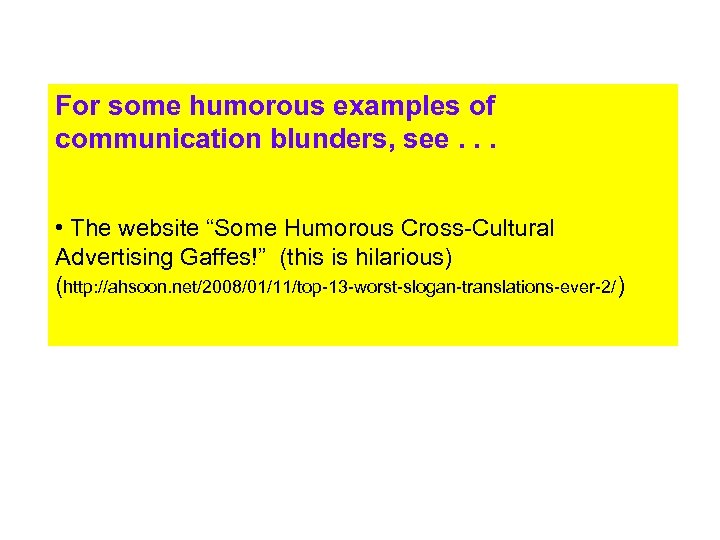 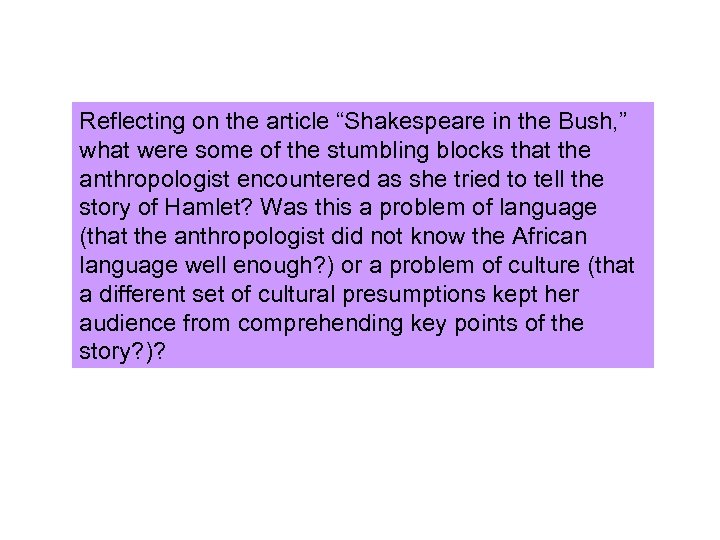 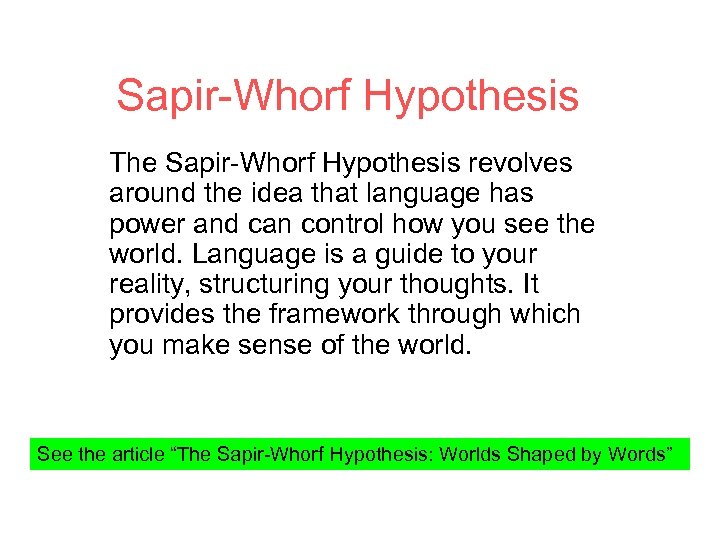 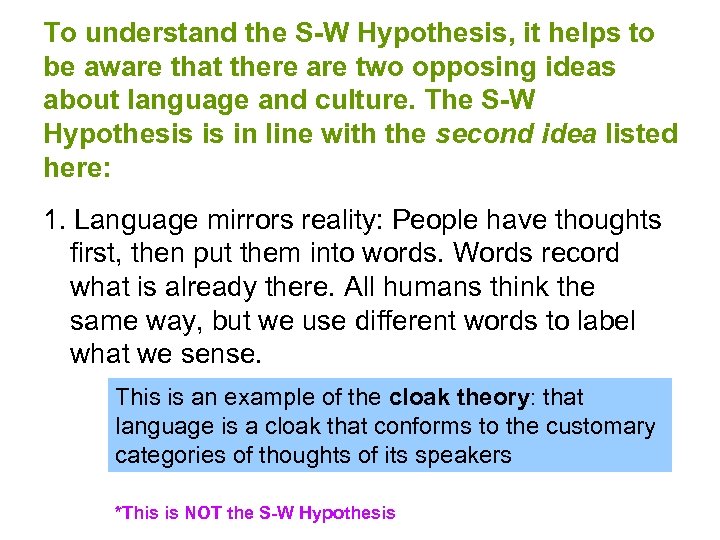 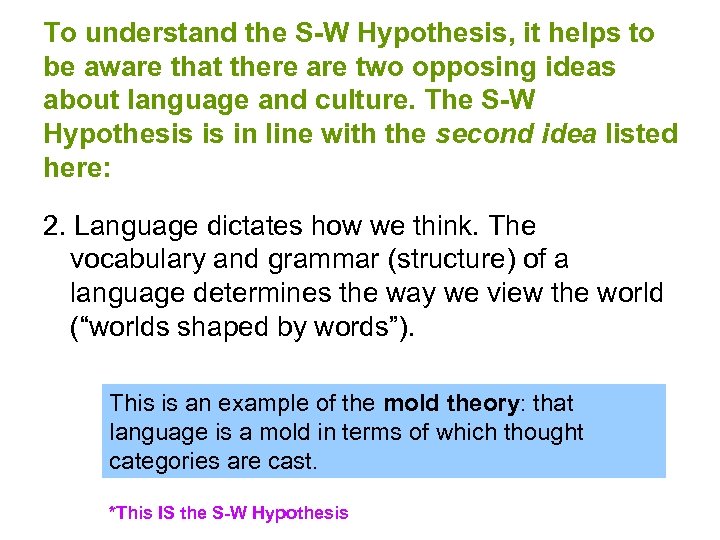 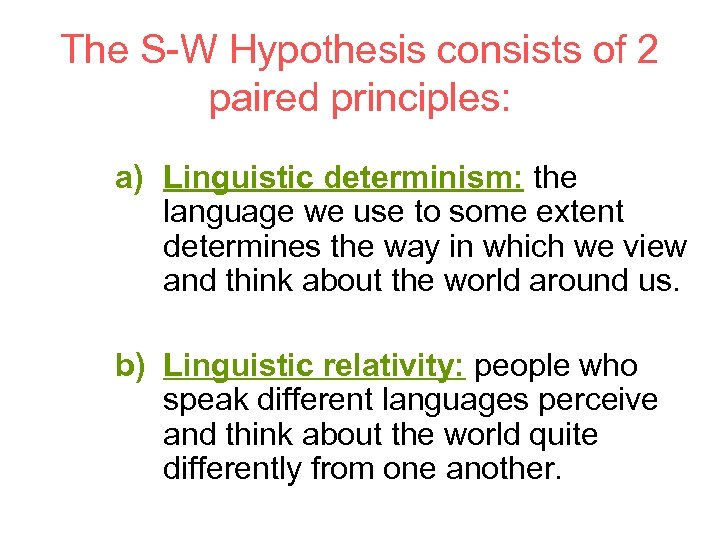 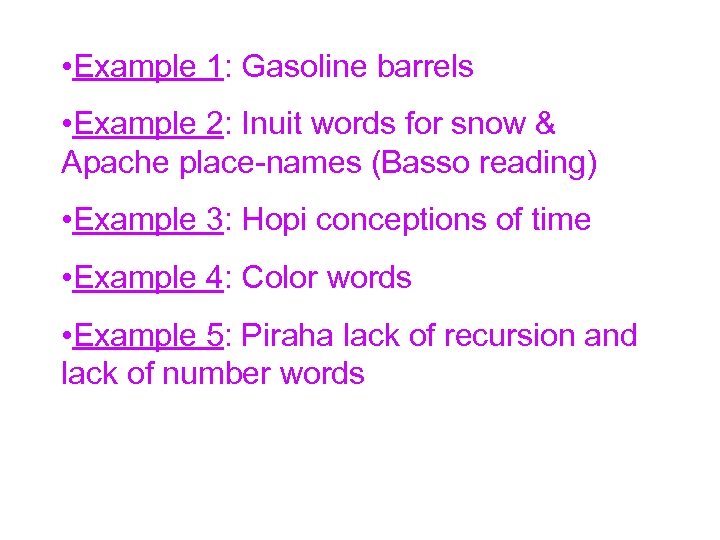 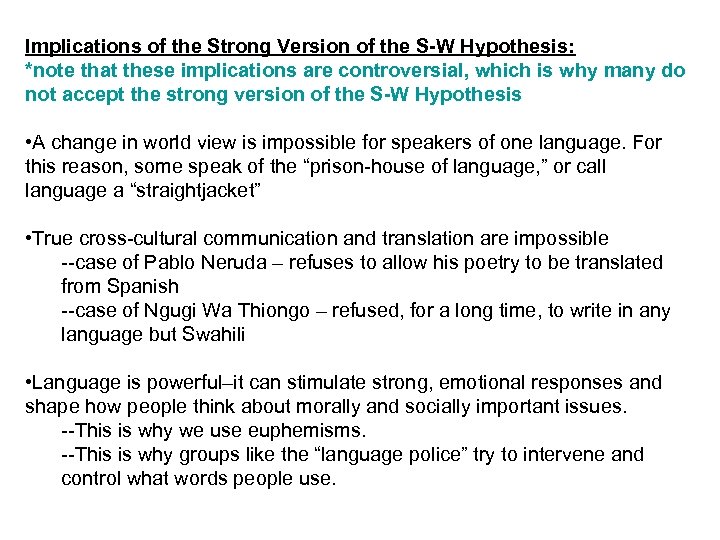 Скачать презентацию Cross-Cultural Miscommunication The book The Spirit Catches You

Cross-Cultural Miscommunication The book, The Spirit Catches You and You Fall Down, the article “Shakespeare in the Bush, ” and the film “A World of Differences” (which you will see next week) all stress the fact that communicating across cultural boundaries can be very difficult. On the one hand, language very complex, and there are many opportunities for communication errors and faux pas. On the other hand, even a perfect grasp of language does not ensure perfect communication since our very ability to transmit meaning rests on a vast web of cultural understandings that may not be shared.

For some humorous examples of communication blunders, see. . . • The website “Some Humorous Cross-Cultural Advertising Gaffes!” (this is hilarious) (http: //ahsoon. net/2008/01/11/top-13 -worst-slogan-translations-ever-2/)

Reflecting on the article “Shakespeare in the Bush, ” what were some of the stumbling blocks that the anthropologist encountered as she tried to tell the story of Hamlet? Was this a problem of language (that the anthropologist did not know the African language well enough? ) or a problem of culture (that a different set of cultural presumptions kept her audience from comprehending key points of the story? )?

To understand the S-W Hypothesis, it helps to be aware that there are two opposing ideas about language and culture. The S-W Hypothesis is in line with the second idea listed here: 1. Language mirrors reality: People have thoughts first, then put them into words. Words record what is already there. All humans think the same way, but we use different words to label what we sense. This is an example of the cloak theory: that language is a cloak that conforms to the customary categories of thoughts of its speakers *This is NOT the S-W Hypothesis

To understand the S-W Hypothesis, it helps to be aware that there are two opposing ideas about language and culture. The S-W Hypothesis is in line with the second idea listed here: 2. Language dictates how we think. The vocabulary and grammar (structure) of a language determines the way we view the world (“worlds shaped by words”). This is an example of the mold theory: that language is a mold in terms of which thought categories are cast. *This IS the S-W Hypothesis

Implications of the Strong Version of the S-W Hypothesis: *note that these implications are controversial, which is why many do not accept the strong version of the S-W Hypothesis • A change in world view is impossible for speakers of one language. For this reason, some speak of the “prison-house of language, ” or call language a “straightjacket” • True cross-cultural communication and translation are impossible --case of Pablo Neruda – refuses to allow his poetry to be translated from Spanish --case of Ngugi Wa Thiongo – refused, for a long time, to write in any language but Swahili • Language is powerful–it can stimulate strong, emotional responses and shape how people think about morally and socially important issues. --This is why we use euphemisms. --This is why groups like the “language police” try to intervene and control what words people use.

Introduction to Genetics GENETICS – branch of