CPN 0002 Three Examples of Issues For 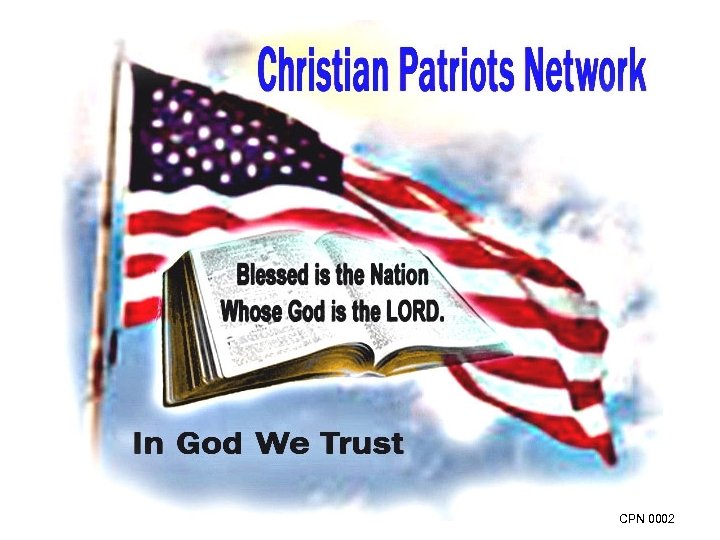 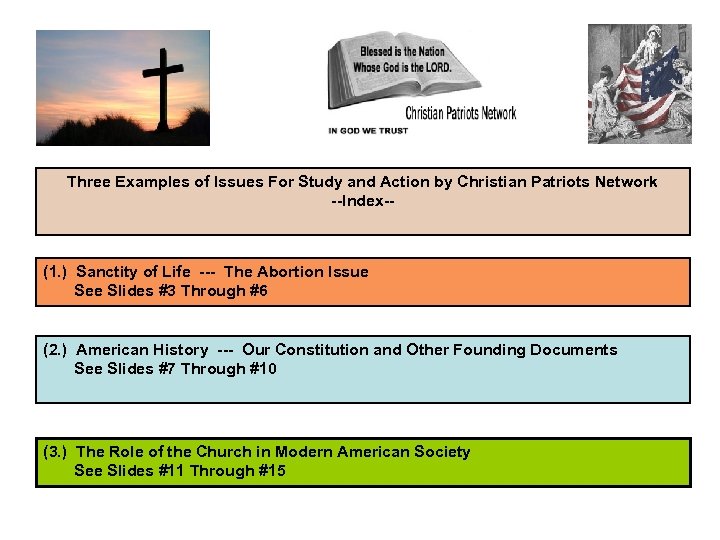 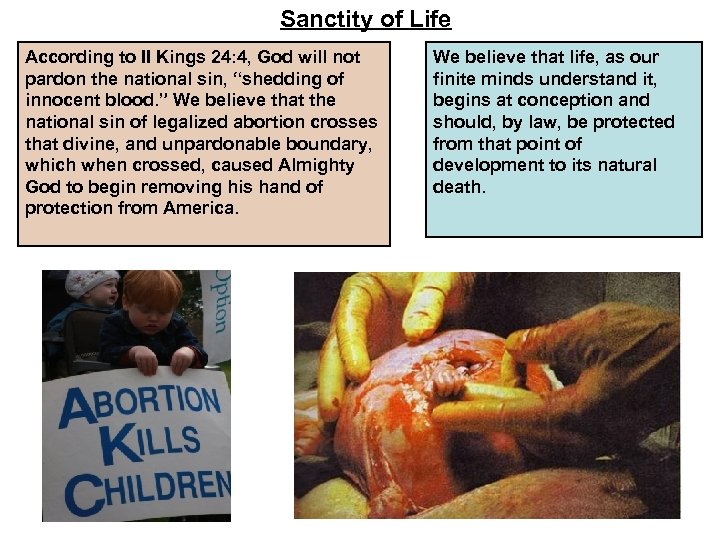 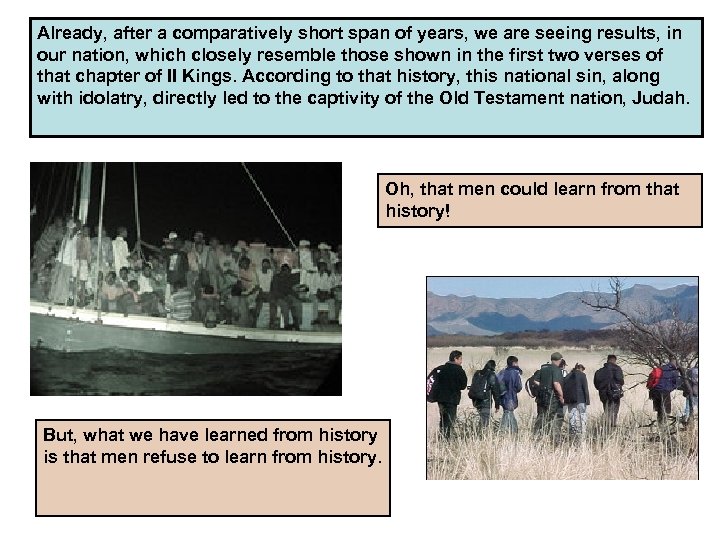 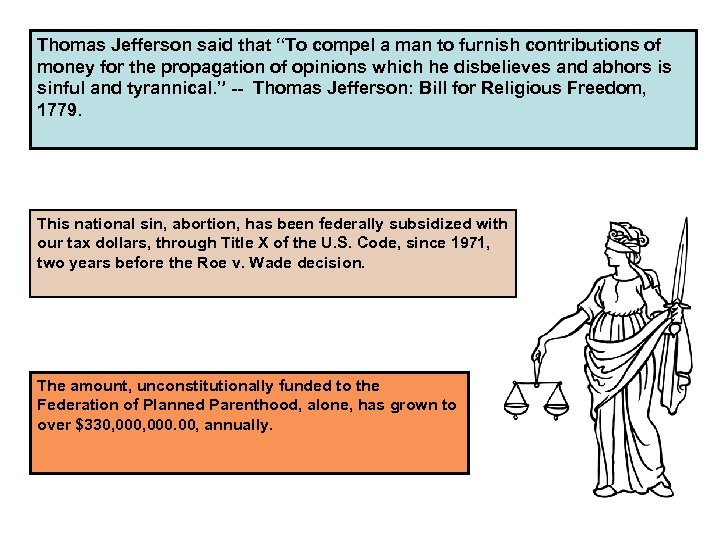 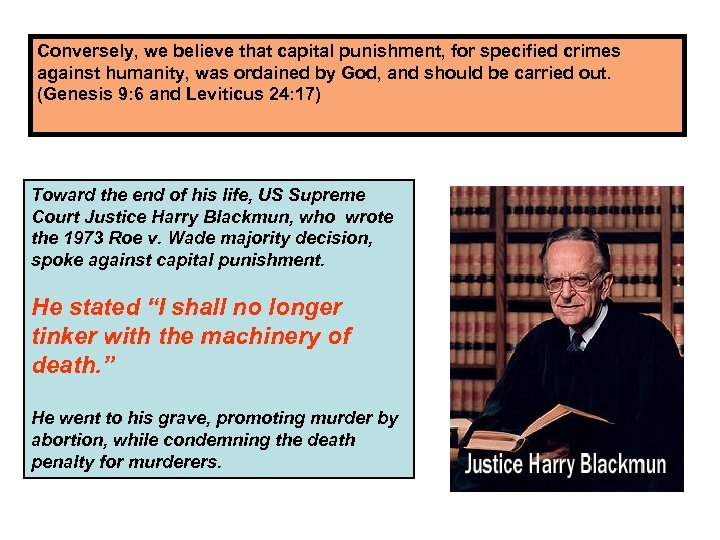 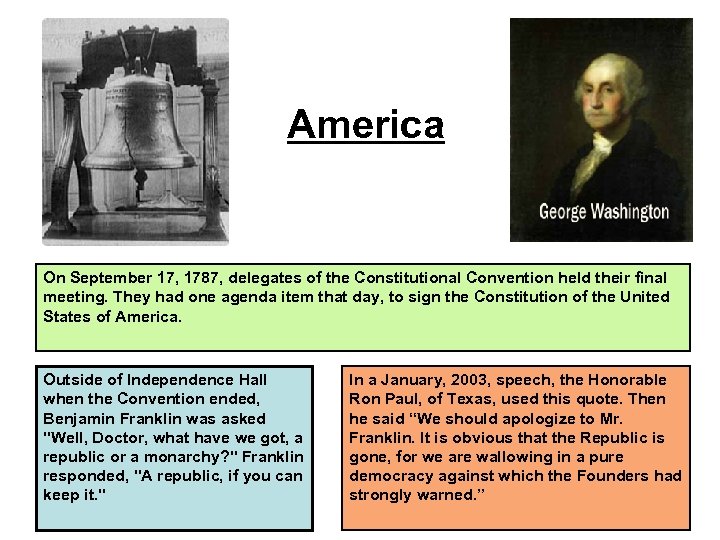 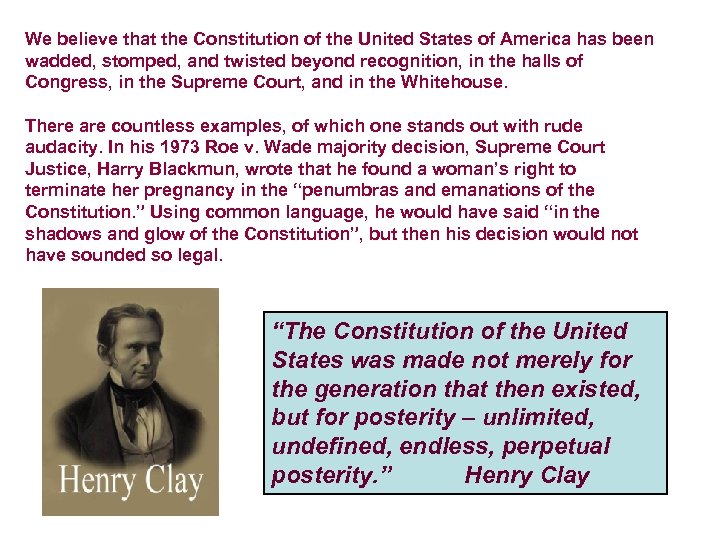 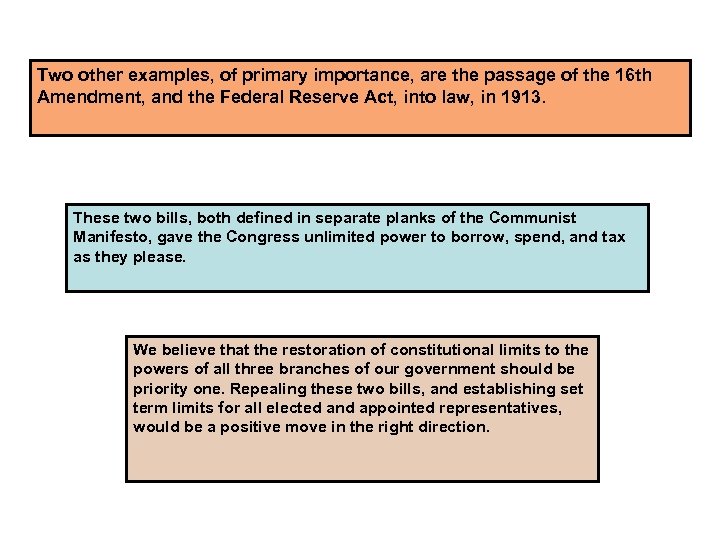 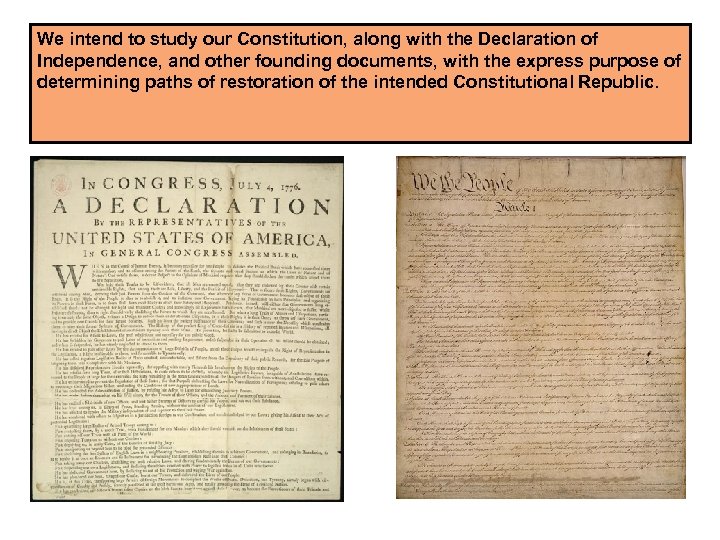 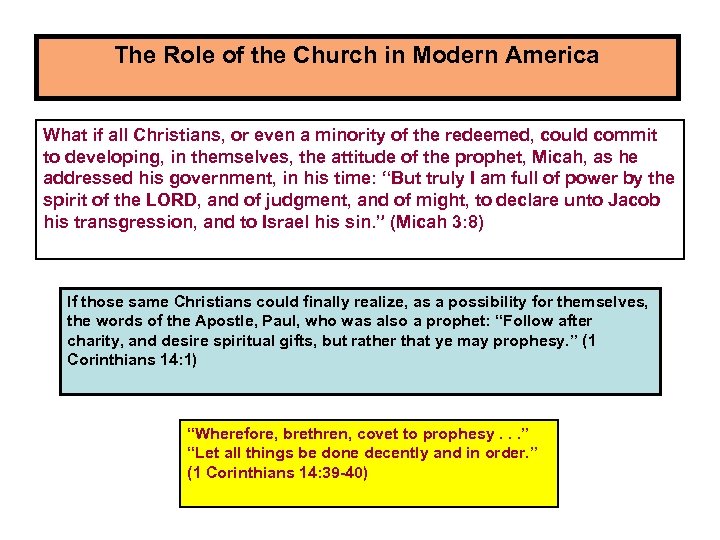 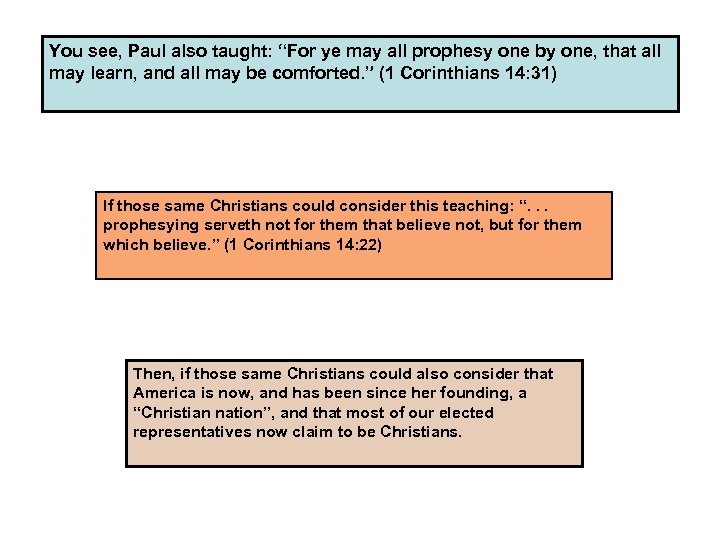 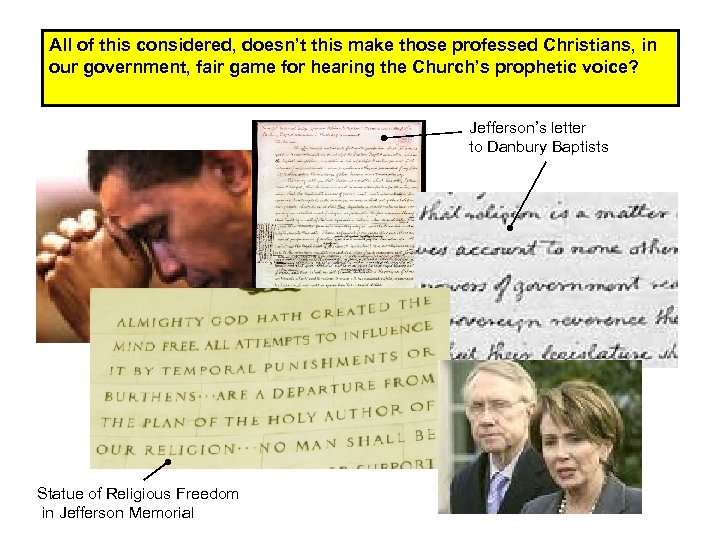 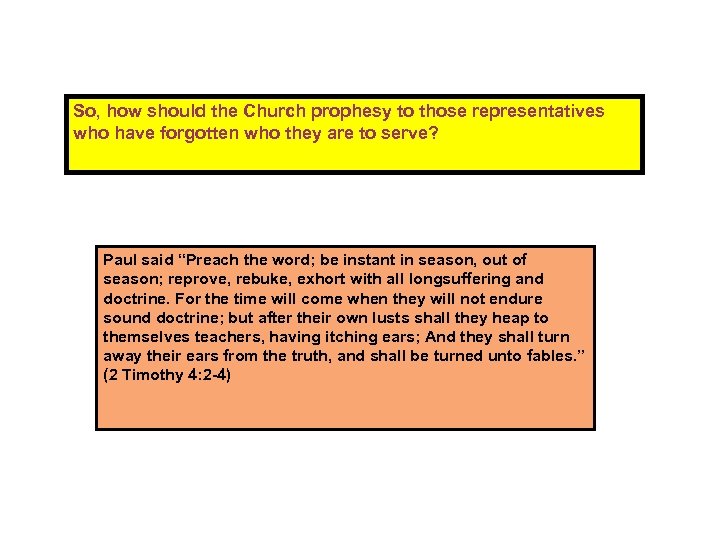 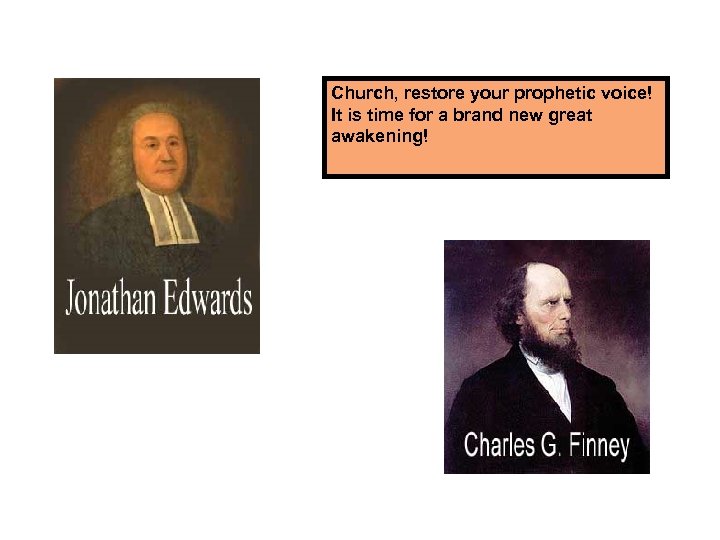 Three Examples of Issues For Study and Action by Christian Patriots Network --Index-- (1. ) Sanctity of Life --- The Abortion Issue See Slides #3 Through #6 (2. ) American History --- Our Constitution and Other Founding Documents See Slides #7 Through #10 (3. ) The Role of the Church in Modern American Society See Slides #11 Through #15

Sanctity of Life According to II Kings 24: 4, God will not pardon the national sin, “shedding of innocent blood. ” We believe that the national sin of legalized abortion crosses that divine, and unpardonable boundary, which when crossed, caused Almighty God to begin removing his hand of protection from America. We believe that life, as our finite minds understand it, begins at conception and should, by law, be protected from that point of development to its natural death.

Already, after a comparatively short span of years, we are seeing results, in our nation, which closely resemble those shown in the first two verses of that chapter of II Kings. According to that history, this national sin, along with idolatry, directly led to the captivity of the Old Testament nation, Judah. Oh, that men could learn from that history! But, what we have learned from history is that men refuse to learn from history.

Thomas Jefferson said that “To compel a man to furnish contributions of money for the propagation of opinions which he disbelieves and abhors is sinful and tyrannical. ” -- Thomas Jefferson: Bill for Religious Freedom, 1779. This national sin, abortion, has been federally subsidized with our tax dollars, through Title X of the U. S. Code, since 1971, two years before the Roe v. Wade decision. The amount, unconstitutionally funded to the Federation of Planned Parenthood, alone, has grown to over $330, 000. 00, annually.

Conversely, we believe that capital punishment, for specified crimes against humanity, was ordained by God, and should be carried out. (Genesis 9: 6 and Leviticus 24: 17) Toward the end of his life, US Supreme Court Justice Harry Blackmun, who wrote the 1973 Roe v. Wade majority decision, spoke against capital punishment. He stated “I shall no longer tinker with the machinery of death. ” He went to his grave, promoting murder by abortion, while condemning the death penalty for murderers.

America On September 17, 1787, delegates of the Constitutional Convention held their final meeting. They had one agenda item that day, to sign the Constitution of the United States of America. Outside of Independence Hall when the Convention ended, Benjamin Franklin was asked "Well, Doctor, what have we got, a republic or a monarchy? " Franklin responded, "A republic, if you can keep it. " In a January, 2003, speech, the Honorable Ron Paul, of Texas, used this quote. Then he said “We should apologize to Mr. Franklin. It is obvious that the Republic is gone, for we are wallowing in a pure democracy against which the Founders had strongly warned. ”

We believe that the Constitution of the United States of America has been wadded, stomped, and twisted beyond recognition, in the halls of Congress, in the Supreme Court, and in the Whitehouse. There are countless examples, of which one stands out with rude audacity. In his 1973 Roe v. Wade majority decision, Supreme Court Justice, Harry Blackmun, wrote that he found a woman’s right to terminate her pregnancy in the “penumbras and emanations of the Constitution. ” Using common language, he would have said “in the shadows and glow of the Constitution”, but then his decision would not have sounded so legal. “The Constitution of the United States was made not merely for the generation that then existed, but for posterity – unlimited, undefined, endless, perpetual posterity. ” Henry Clay

Two other examples, of primary importance, are the passage of the 16 th Amendment, and the Federal Reserve Act, into law, in 1913. These two bills, both defined in separate planks of the Communist Manifesto, gave the Congress unlimited power to borrow, spend, and tax as they please. We believe that the restoration of constitutional limits to the powers of all three branches of our government should be priority one. Repealing these two bills, and establishing set term limits for all elected and appointed representatives, would be a positive move in the right direction.

We intend to study our Constitution, along with the Declaration of Independence, and other founding documents, with the express purpose of determining paths of restoration of the intended Constitutional Republic.

The Role of the Church in Modern America What if all Christians, or even a minority of the redeemed, could commit to developing, in themselves, the attitude of the prophet, Micah, as he addressed his government, in his time: “But truly I am full of power by the spirit of the LORD, and of judgment, and of might, to declare unto Jacob his transgression, and to Israel his sin. ” (Micah 3: 8) If those same Christians could finally realize, as a possibility for themselves, the words of the Apostle, Paul, who was also a prophet: “Follow after charity, and desire spiritual gifts, but rather that ye may prophesy. ” (1 Corinthians 14: 1) “Wherefore, brethren, covet to prophesy. . . ” “Let all things be done decently and in order. ” (1 Corinthians 14: 39 -40)

You see, Paul also taught: “For ye may all prophesy one by one, that all may learn, and all may be comforted. ” (1 Corinthians 14: 31) If those same Christians could consider this teaching: “. . . prophesying serveth not for them that believe not, but for them which believe. ” (1 Corinthians 14: 22) Then, if those same Christians could also consider that America is now, and has been since her founding, a “Christian nation”, and that most of our elected representatives now claim to be Christians.

All of this considered, doesn’t this make those professed Christians, in our government, fair game for hearing the Church’s prophetic voice? Jefferson’s letter to Danbury Baptists Statue of Religious Freedom in Jefferson Memorial

So, how should the Church prophesy to those representatives who have forgotten who they are to serve? Paul said “Preach the word; be instant in season, out of season; reprove, rebuke, exhort with all longsuffering and doctrine. For the time will come when they will not endure sound doctrine; but after their own lusts shall they heap to themselves teachers, having itching ears; And they shall turn away their ears from the truth, and shall be turned unto fables. ” (2 Timothy 4: 2 -4)

Church, restore your prophetic voice! It is time for a brand new great awakening!

Problem 1 2. 10 Determine the current in