Could that be true Methodological issues when deriving 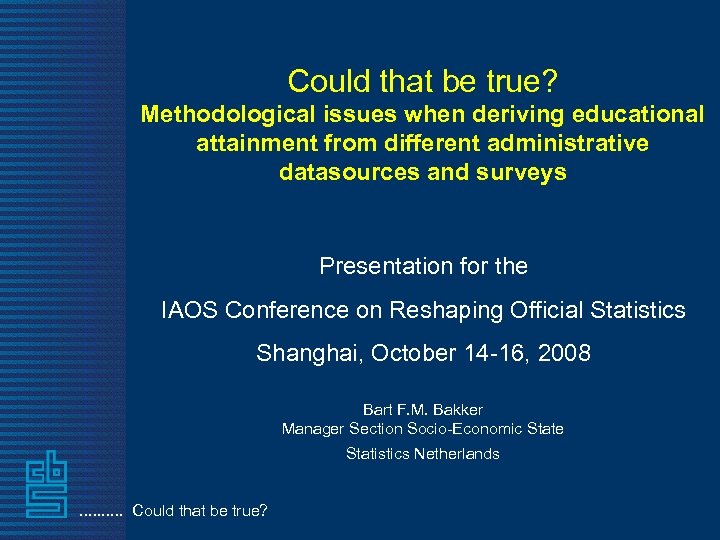 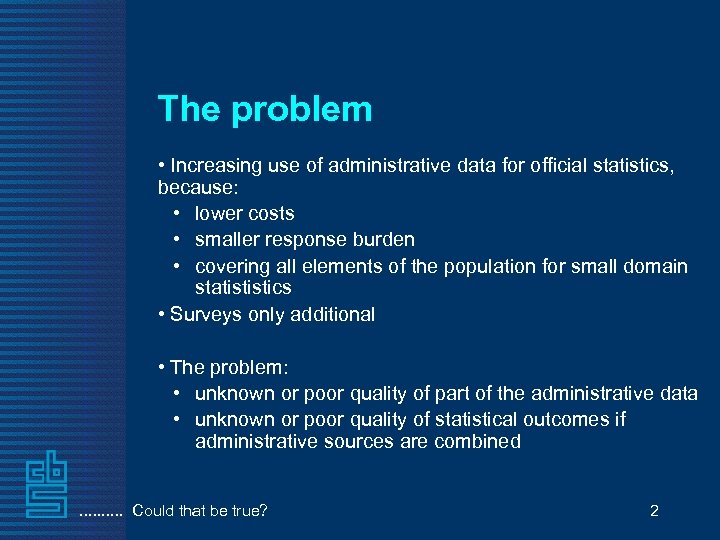 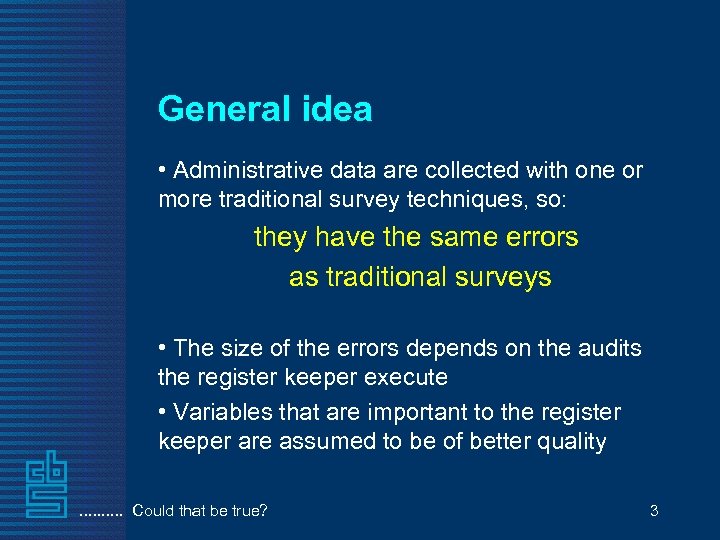 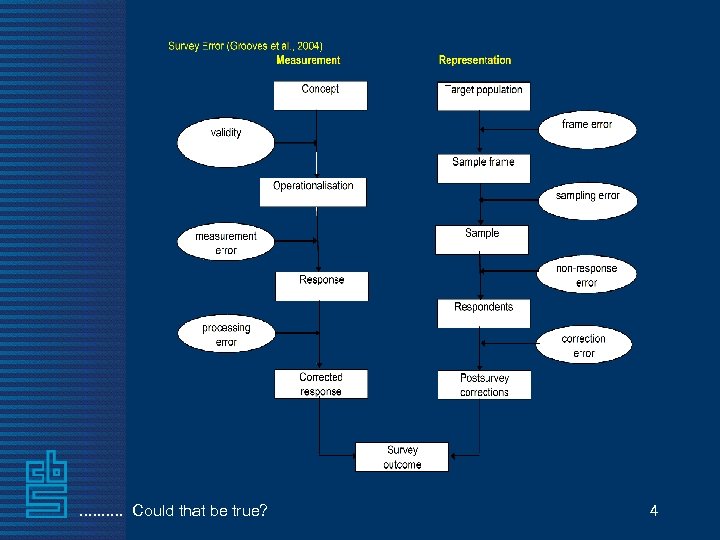 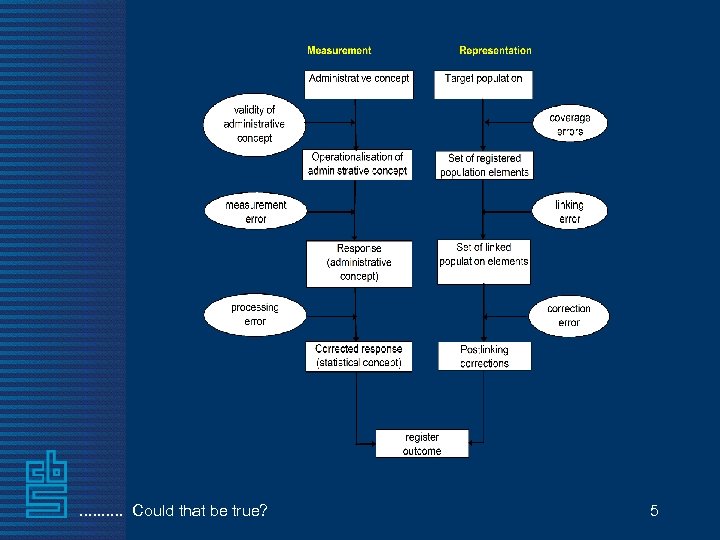 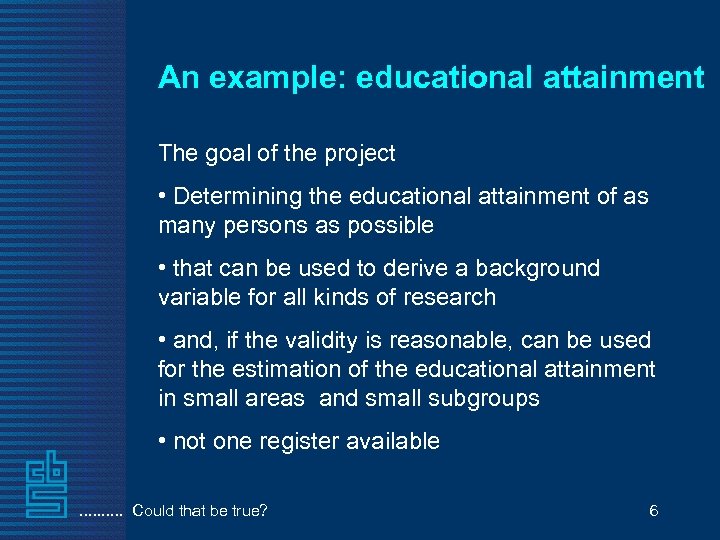 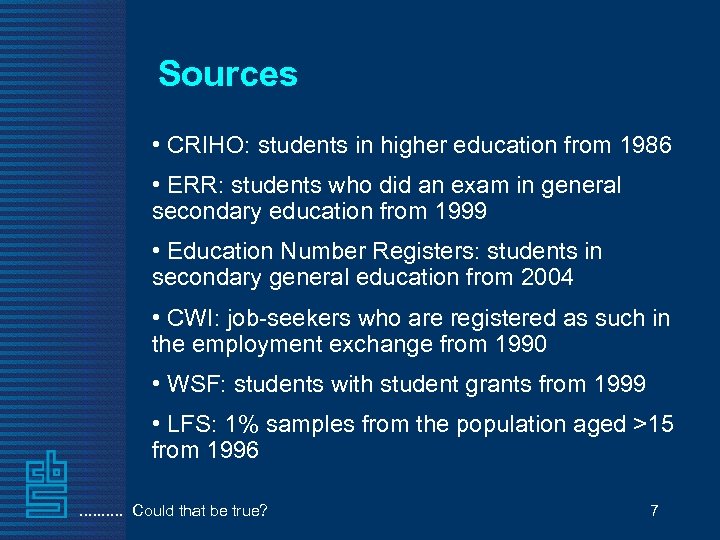 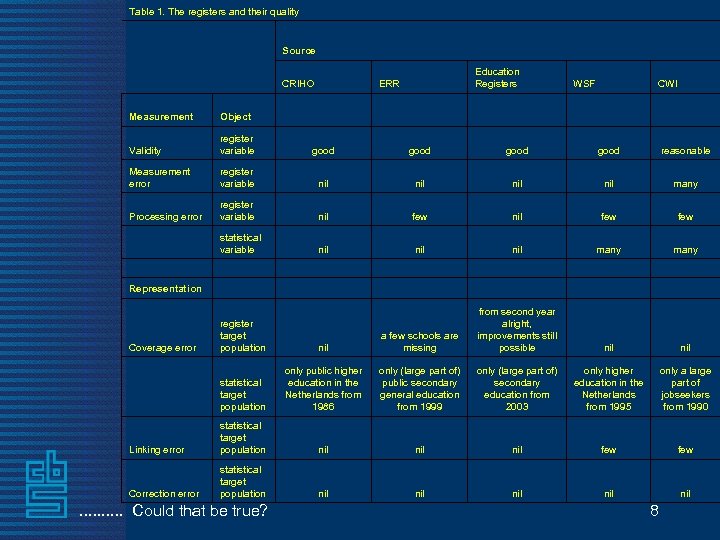 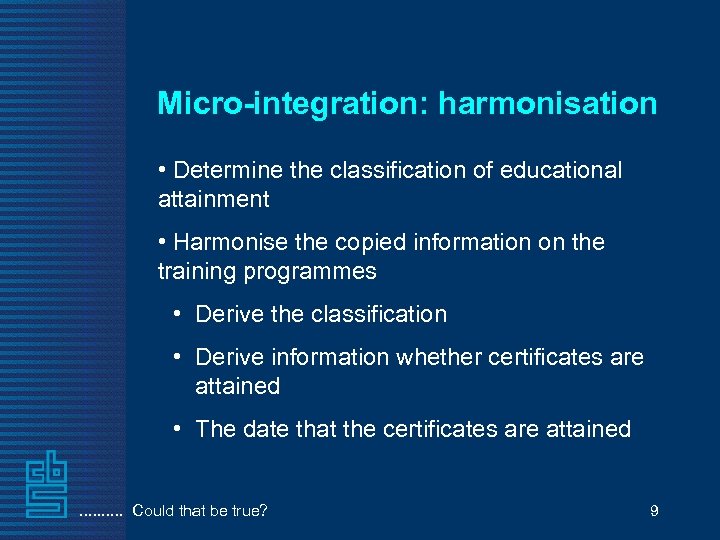 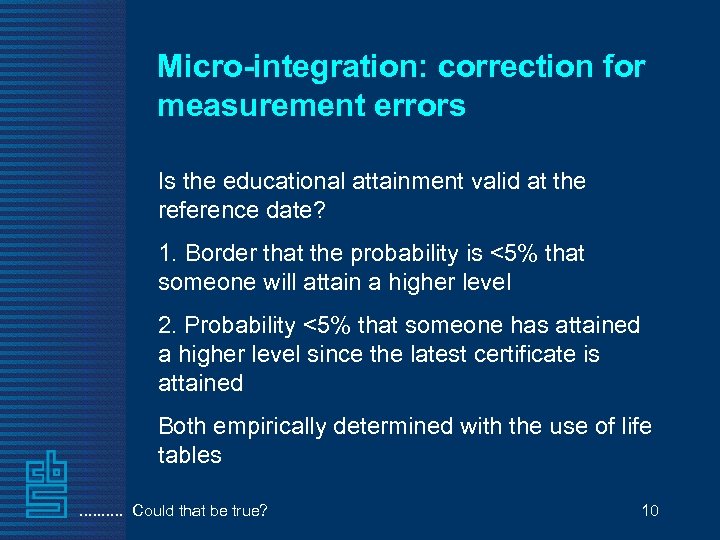 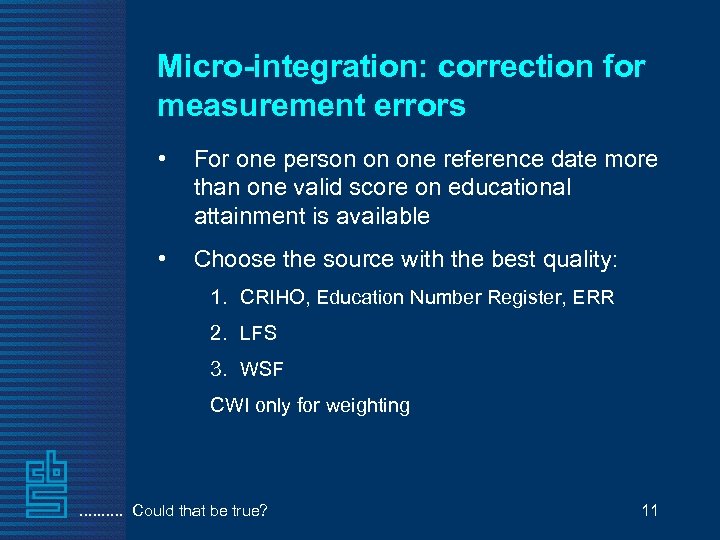 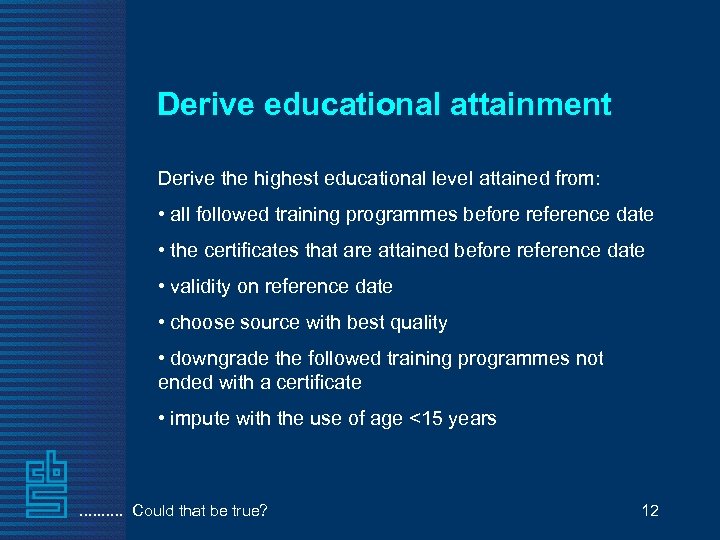 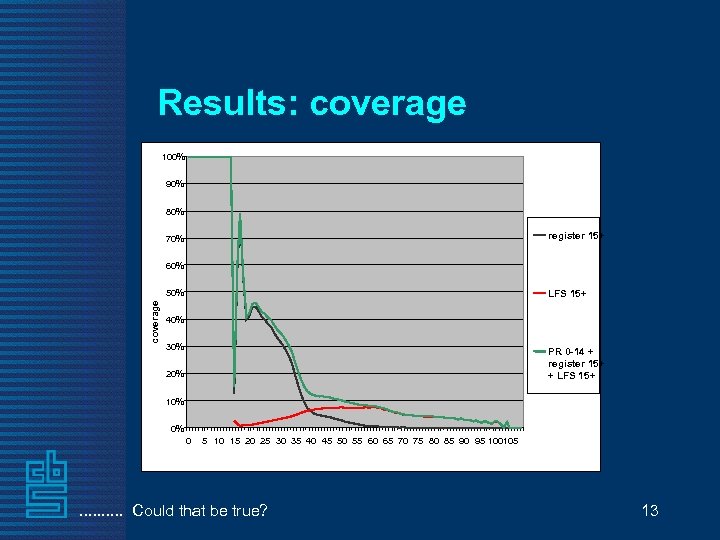 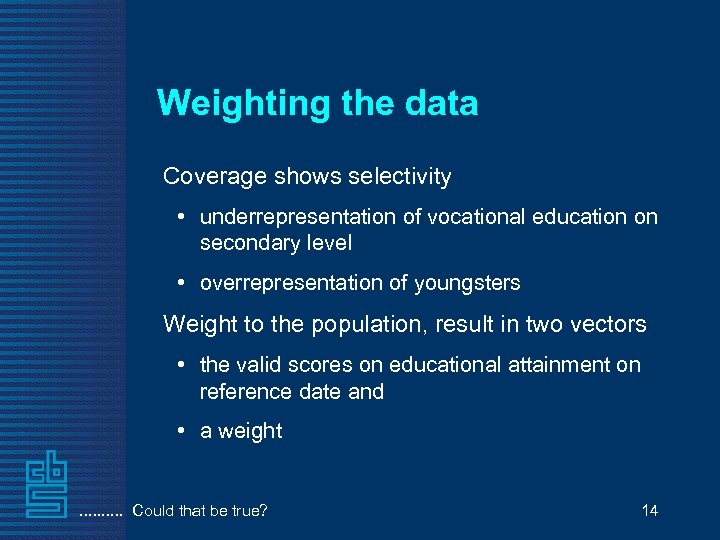 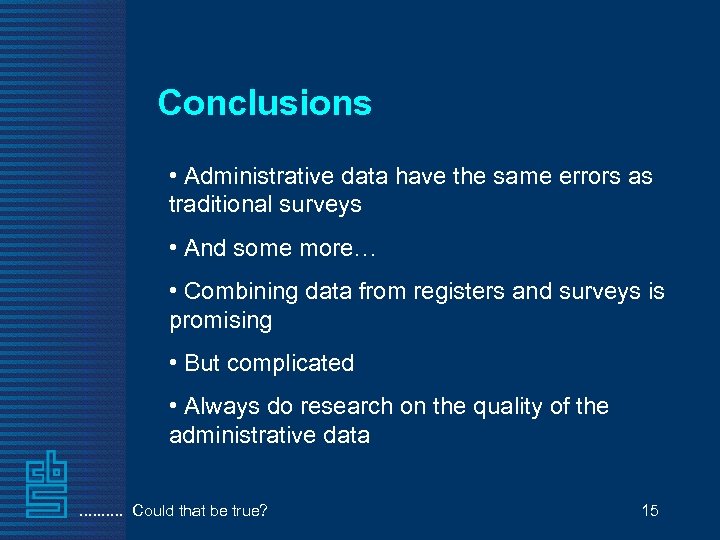 Скачать презентацию Could that be true Methodological issues when deriving

Micro-integration: correction for measurement errors Is the educational attainment valid at the reference date? 1. Border that the probability is <5% that someone will attain a higher level 2. Probability <5% that someone has attained a higher level since the latest certificate is attained Both empirically determined with the use of life tables. . Could that be true? 10

Micro-integration: correction for measurement errors • For one person on one reference date more than one valid score on educational attainment is available • Choose the source with the best quality: 1. CRIHO, Education Number Register, ERR 2. LFS 3. WSF CWI only for weighting . . Could that be true? 11

Weighting the data Coverage shows selectivity • underrepresentation of vocational education on secondary level • overrepresentation of youngsters Weight to the population, result in two vectors • the valid scores on educational attainment on reference date and • a weight . . Could that be true? 14

Conclusions • Administrative data have the same errors as traditional surveys • And some more… • Combining data from registers and surveys is promising • But complicated • Always do research on the quality of the administrative data . . Could that be true? 15

LET’S REVIEW MODALS! I Could do…