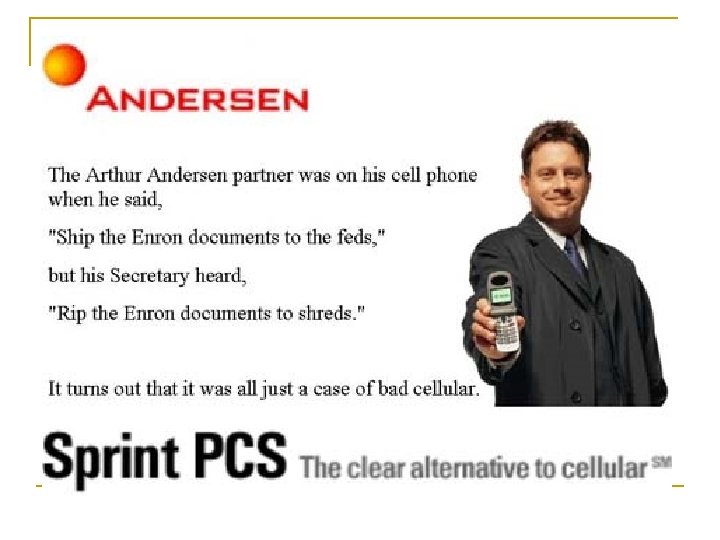 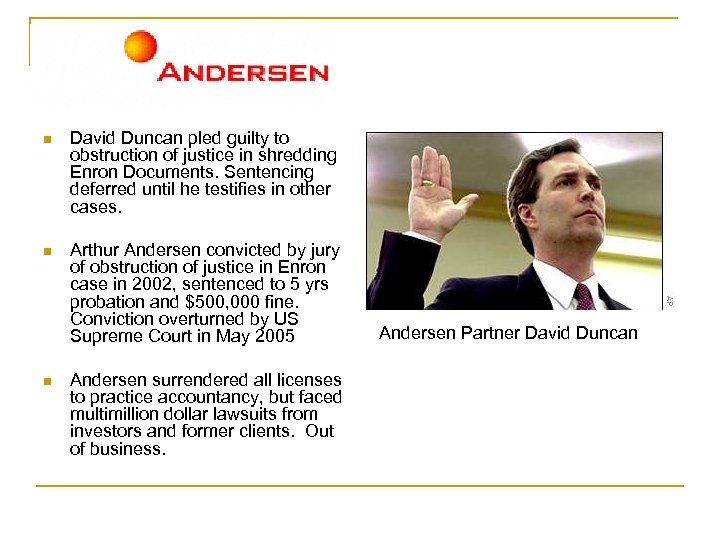 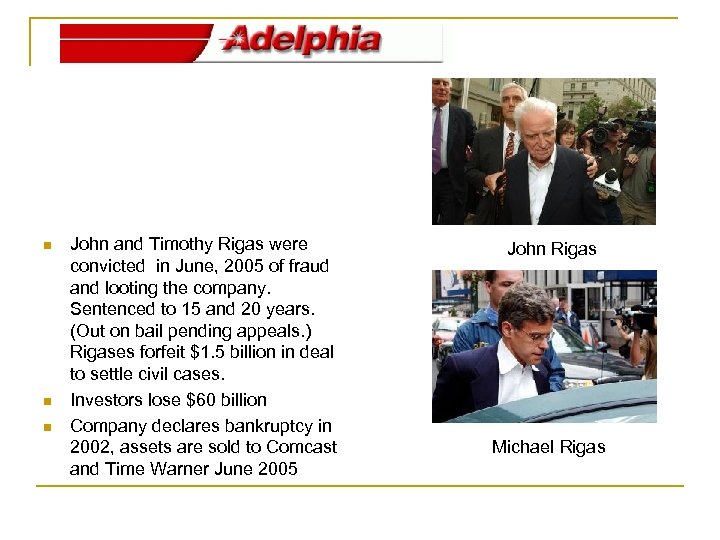 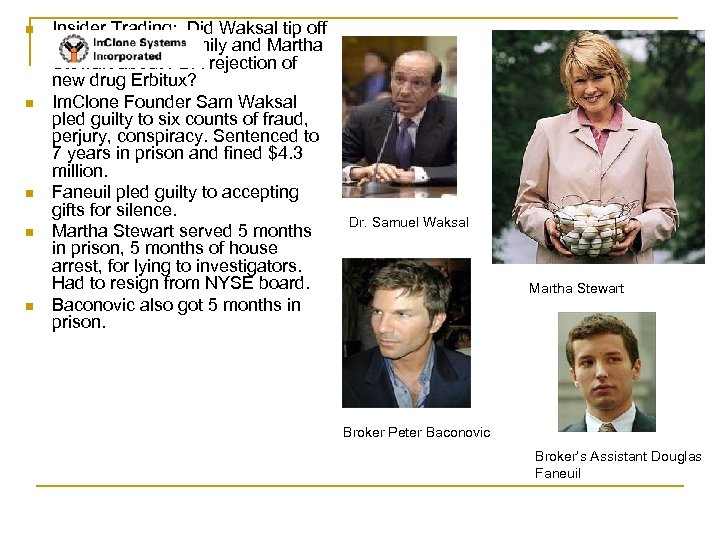 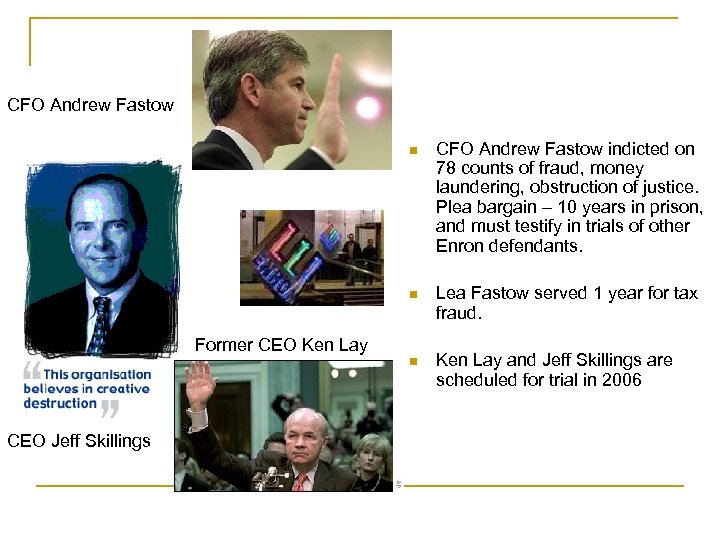 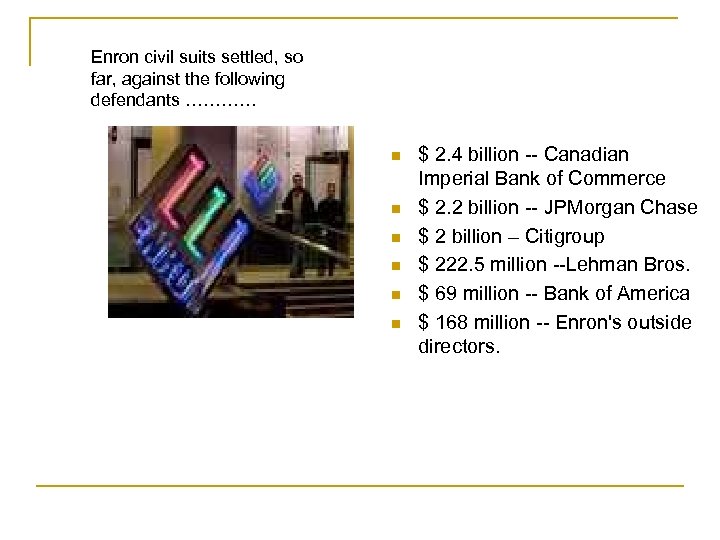 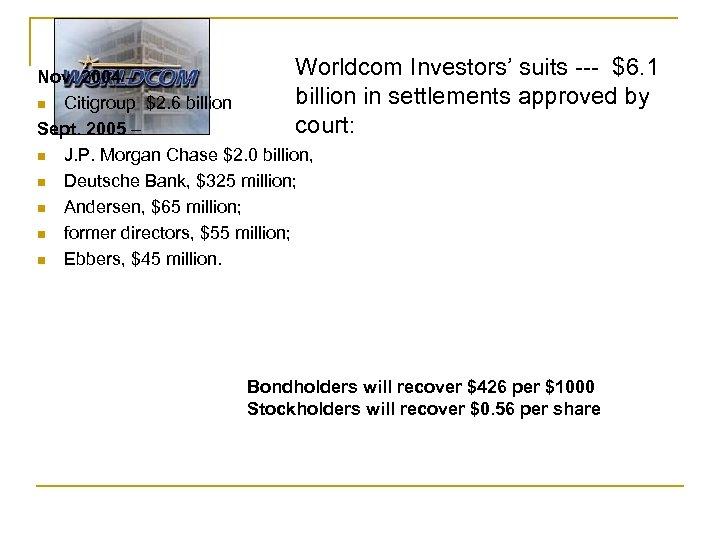 n David Duncan pled guilty to obstruction of justice in shredding Enron Documents. Sentencing deferred until he testifies in other cases. n Arthur Andersen convicted by jury of obstruction of justice in Enron case in 2002, sentenced to 5 yrs probation and $500, 000 fine. Conviction overturned by US Supreme Court in May 2005 n Andersen surrendered all licenses to practice accountancy, but faced multimillion dollar lawsuits from investors and former clients. Out of business. Andersen Partner David Duncan

THE TIP OF THE ICEBERG? Energy Telecoms and Media Financial Services