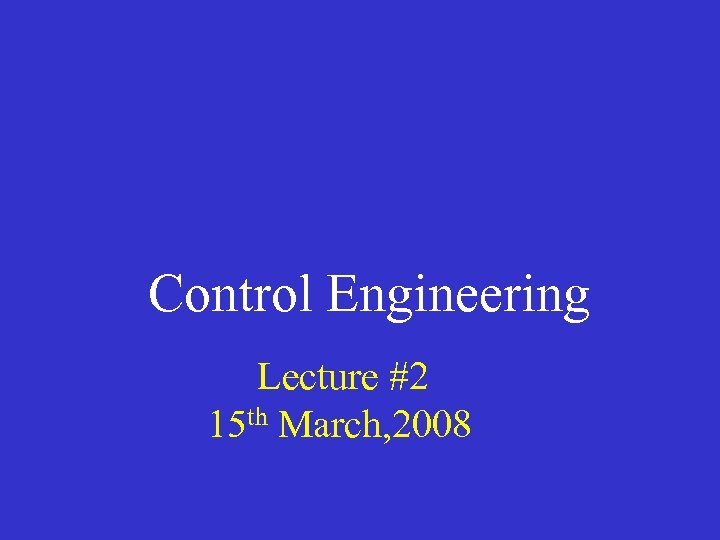 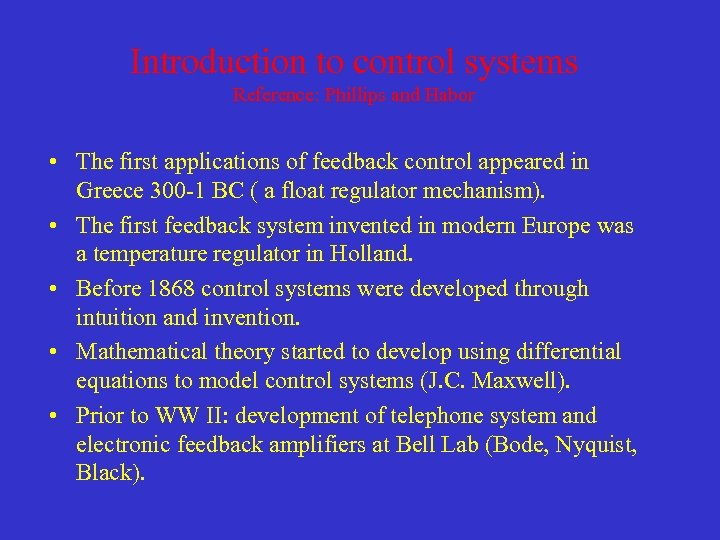 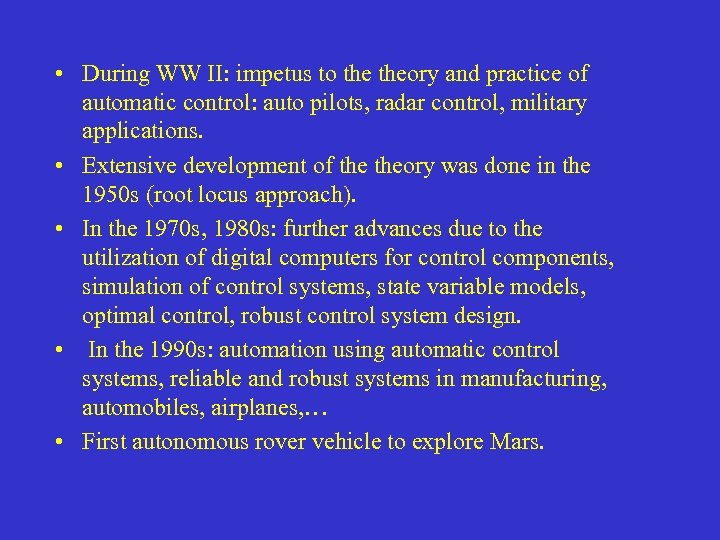 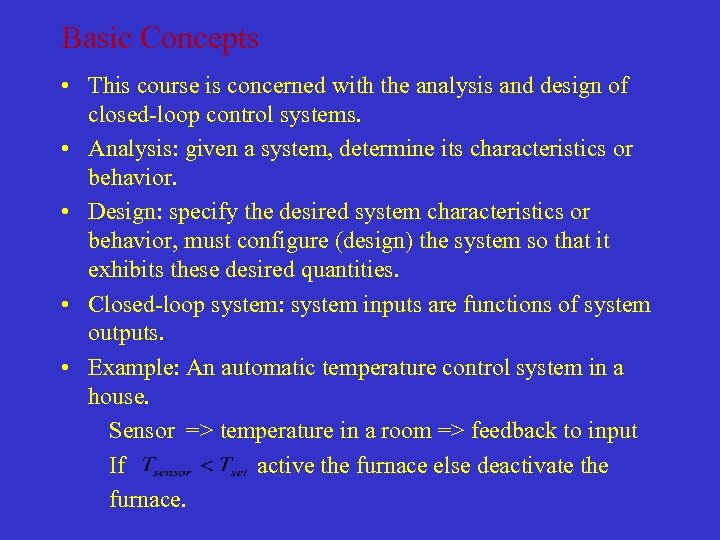 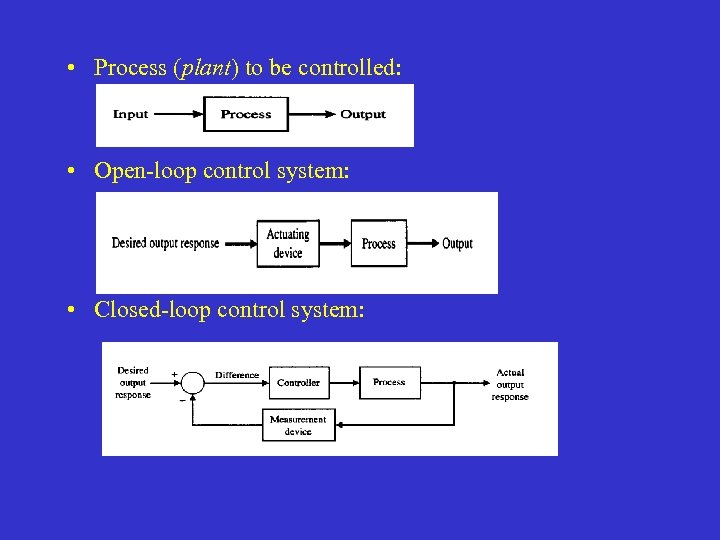 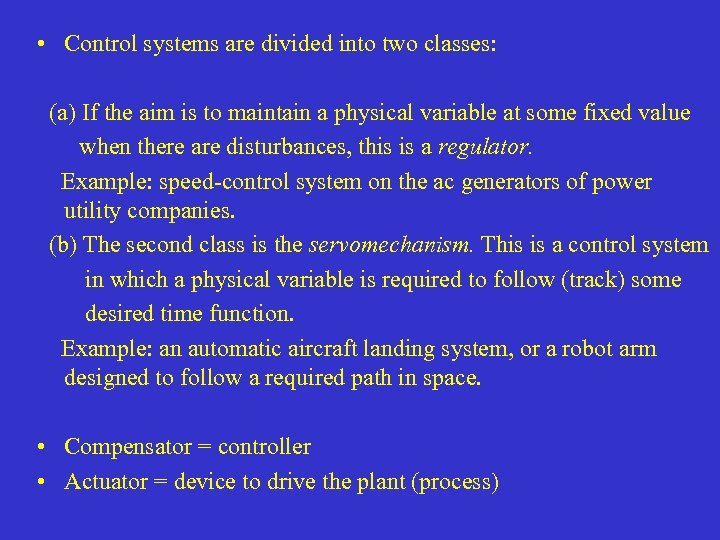 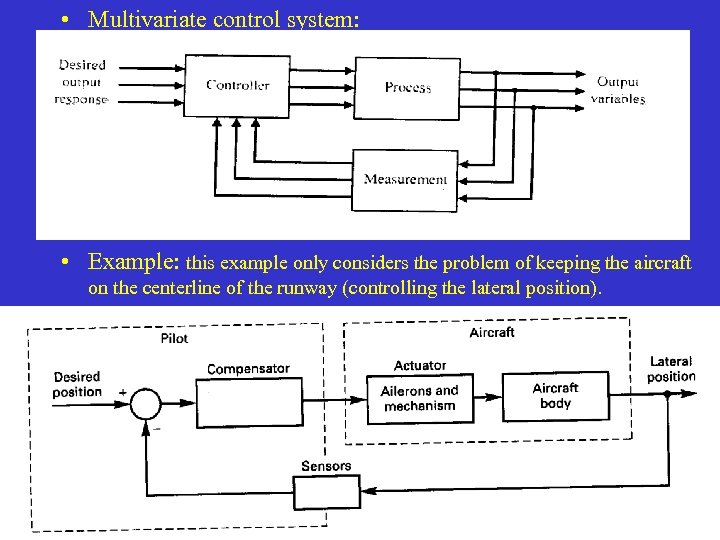 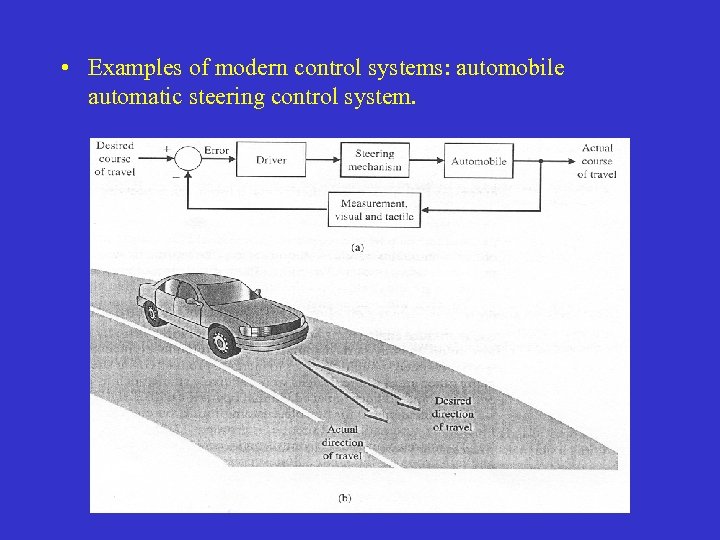 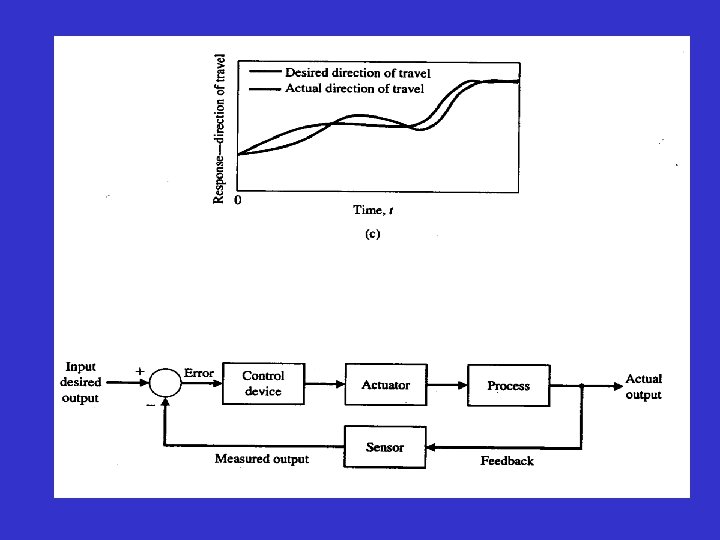 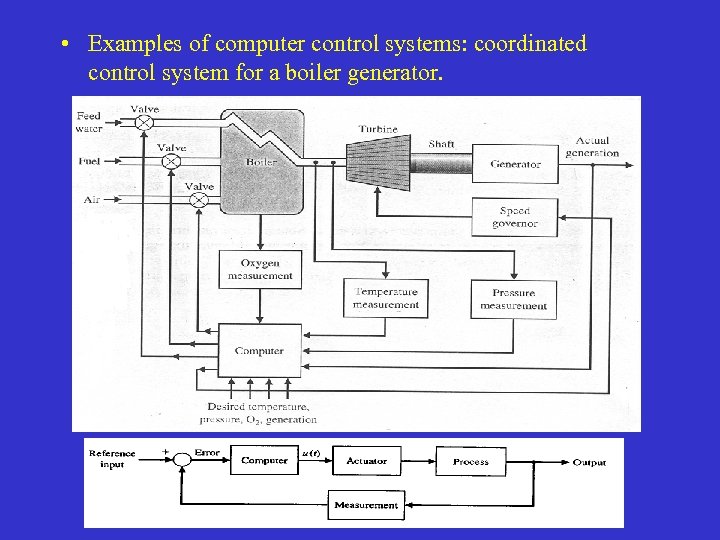 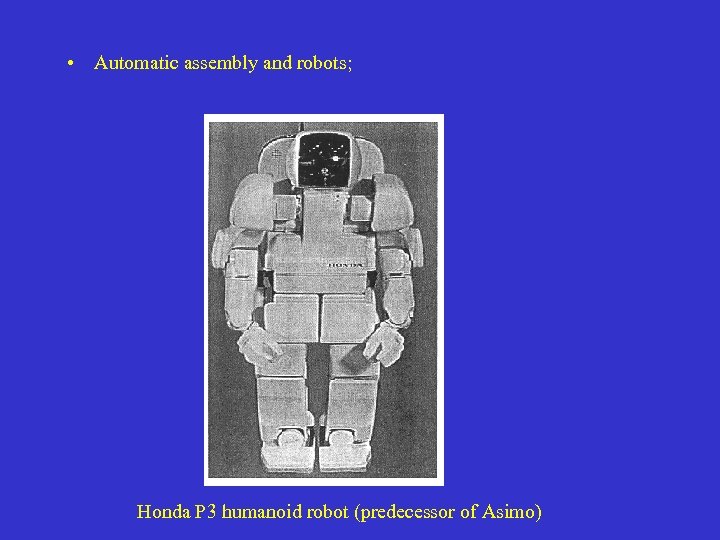 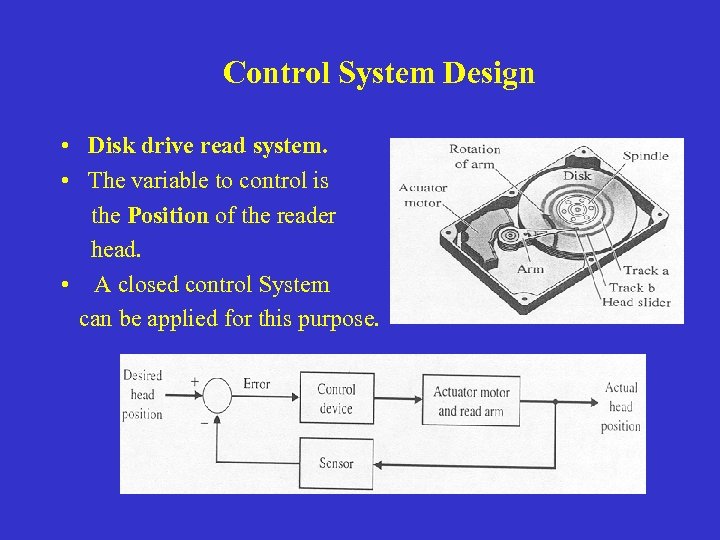 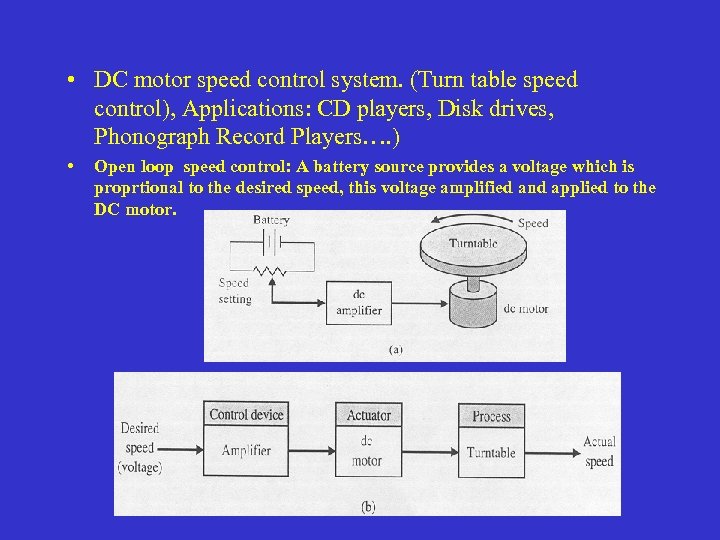 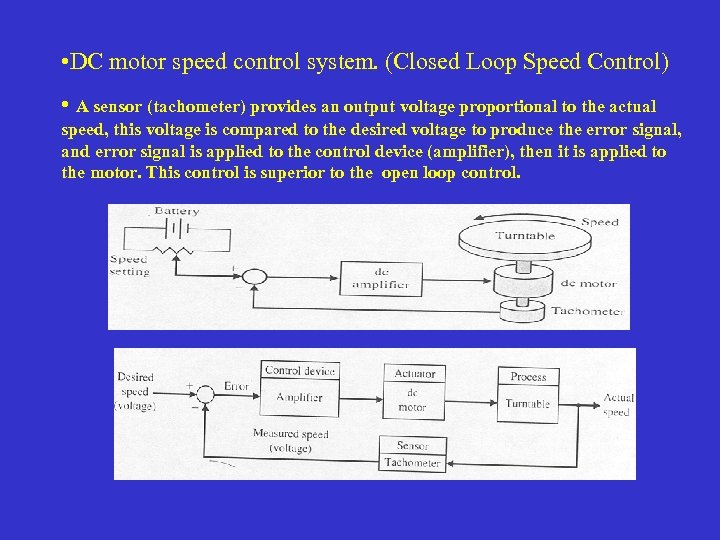 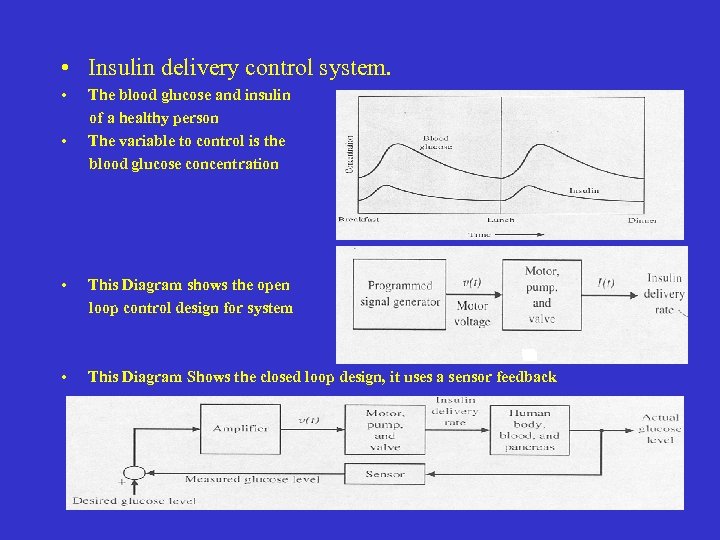 Basic Concepts • This course is concerned with the analysis and design of closed-loop control systems. • Analysis: given a system, determine its characteristics or behavior. • Design: specify the desired system characteristics or behavior, must configure (design) the system so that it exhibits these desired quantities. • Closed-loop system: system inputs are functions of system outputs. • Example: An automatic temperature control system in a house. Sensor => temperature in a room => feedback to input If active the furnace else deactivate the furnace.

• Control systems are divided into two classes: (a) If the aim is to maintain a physical variable at some fixed value when there are disturbances, this is a regulator. Example: speed-control system on the ac generators of power utility companies. (b) The second class is the servomechanism. This is a control system in which a physical variable is required to follow (track) some desired time function. Example: an automatic aircraft landing system, or a robot arm designed to follow a required path in space. • Compensator = controller • Actuator = device to drive the plant (process)

• Multivariate control system: • Example: this example only considers the problem of keeping the aircraft on the centerline of the runway (controlling the lateral position).

Control System Design • Disk drive read system. • The variable to control is the Position of the reader head. • A closed control System can be applied for this purpose.

• DC motor speed control system. (Closed Loop Speed Control) • A sensor (tachometer) provides an output voltage proportional to the actual speed, this voltage is compared to the desired voltage to produce the error signal, and error signal is applied to the control device (amplifier), then it is applied to the motor. This control is superior to the open loop control.