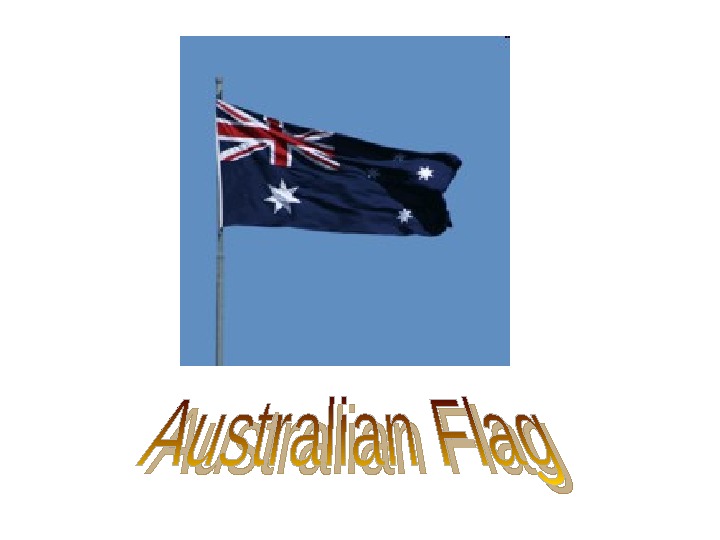 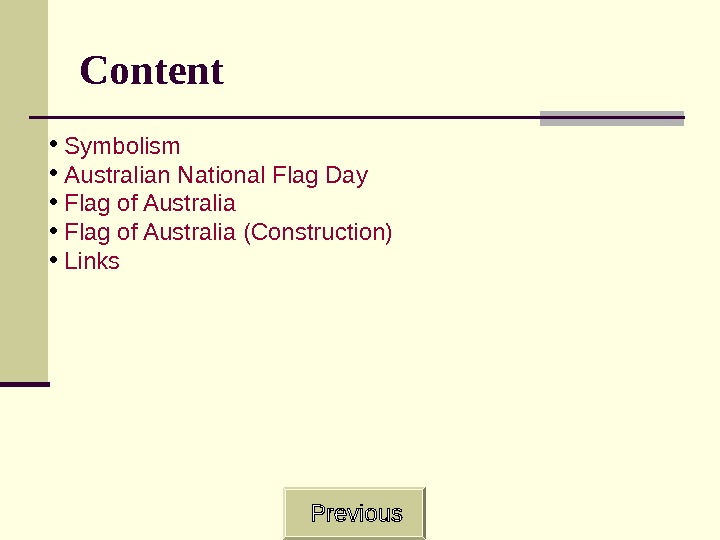 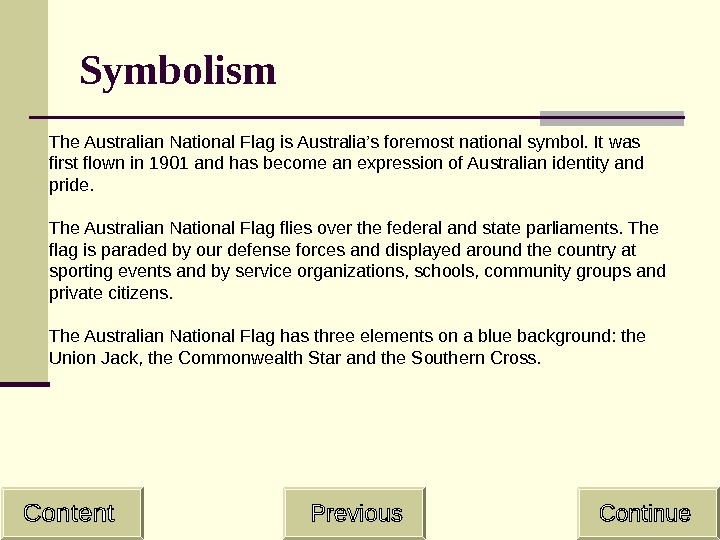 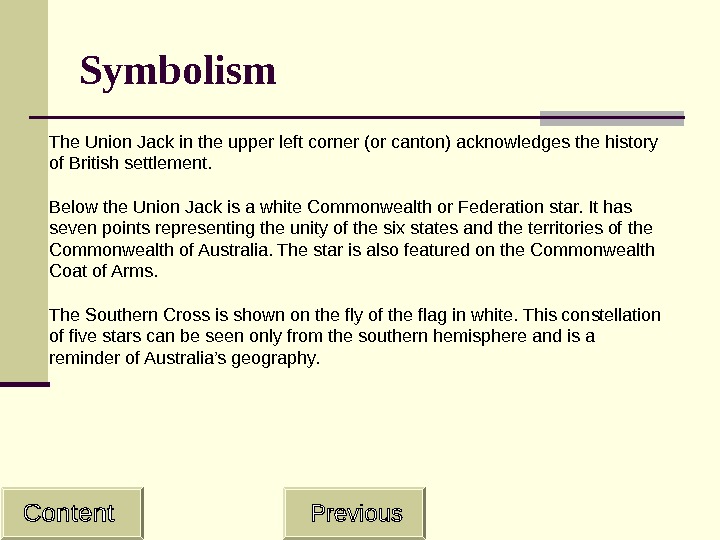 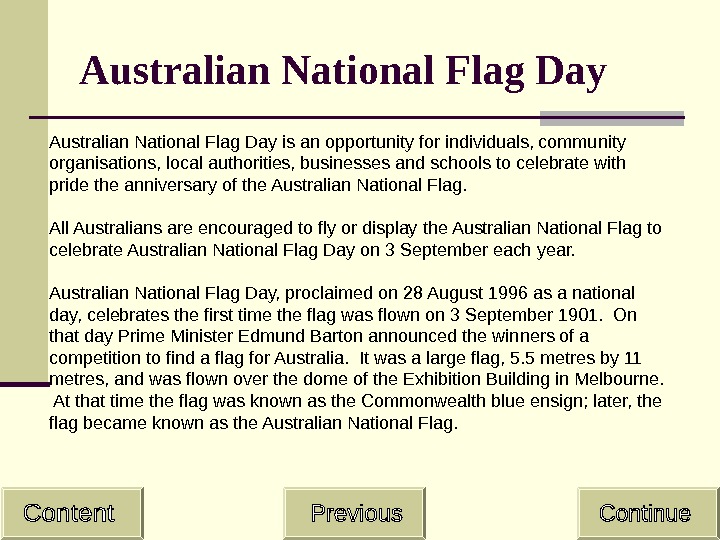 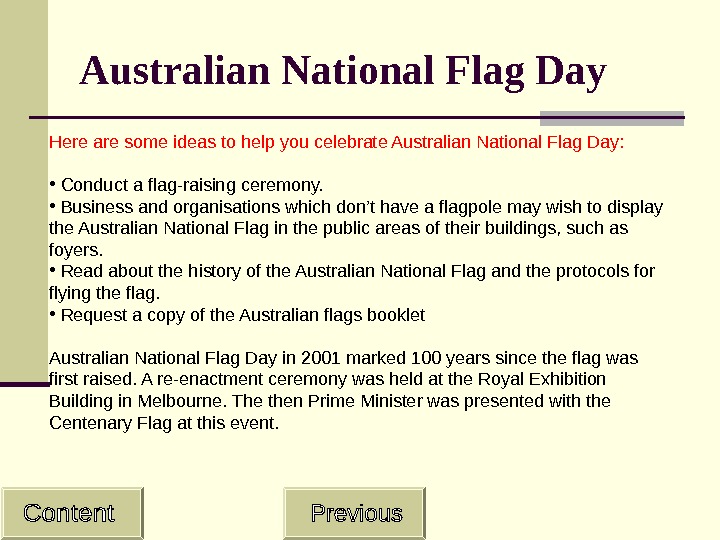 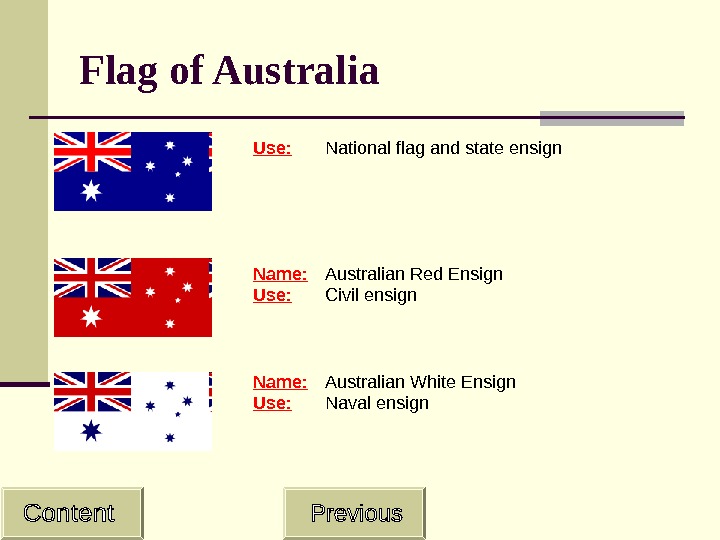 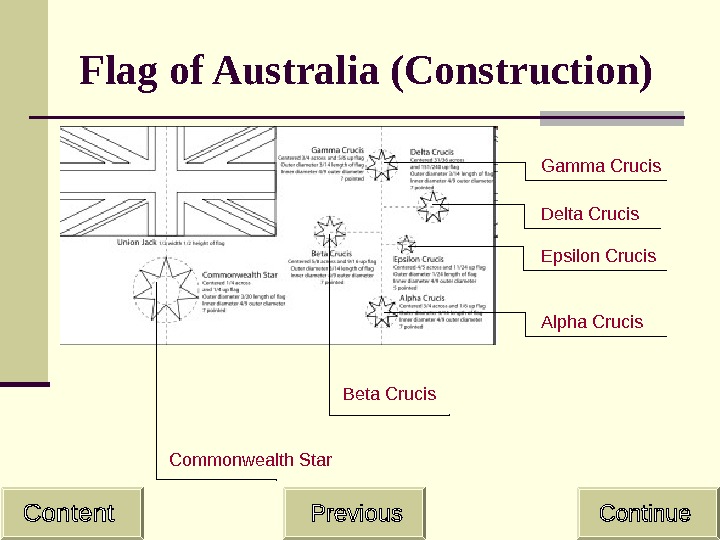 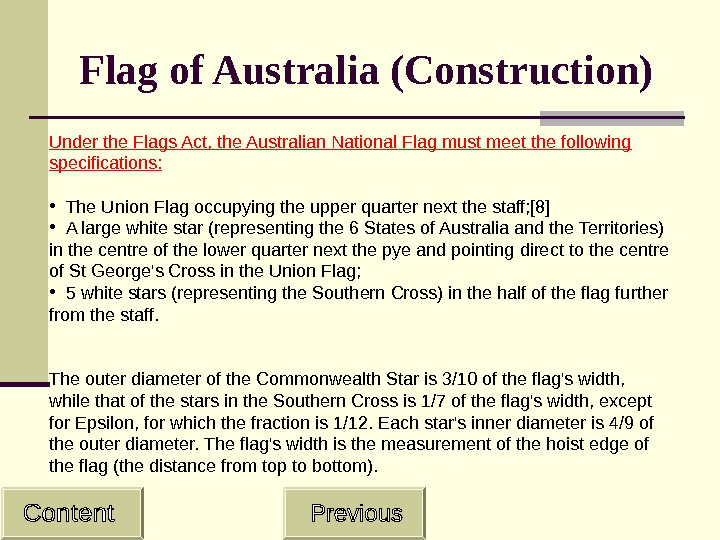 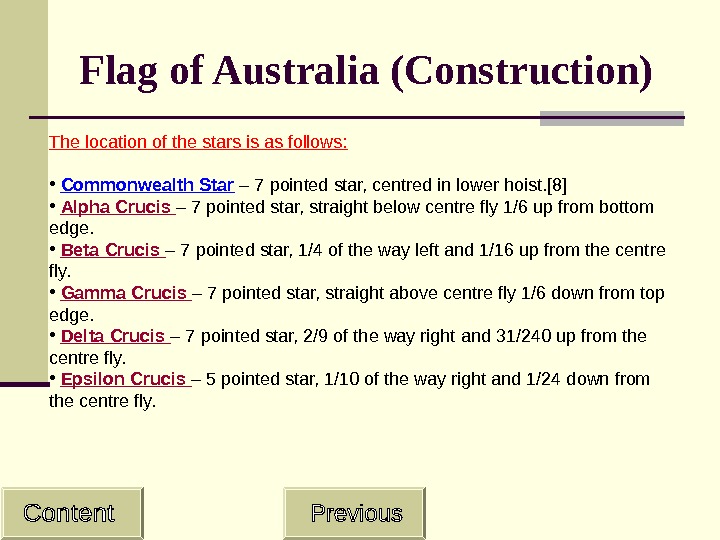 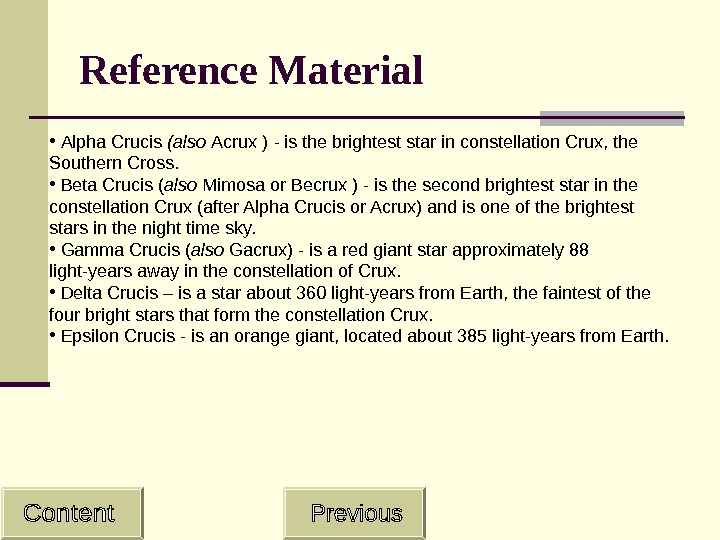 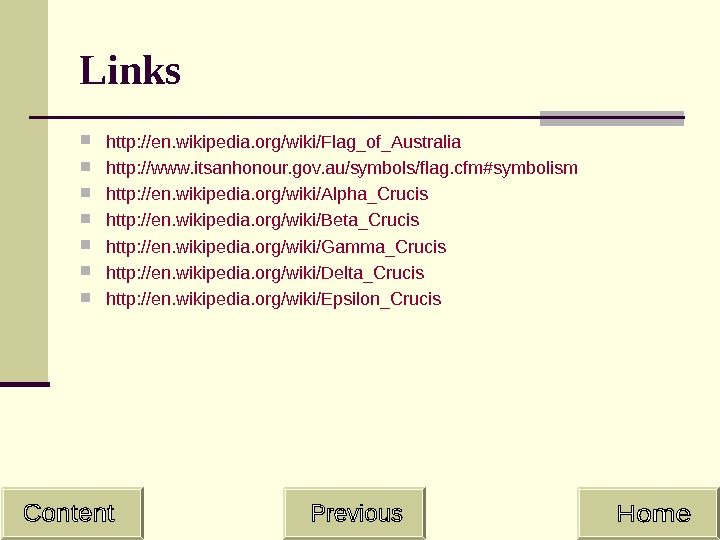 Symbolism The Union Jack in the upper left corner (or canton) acknowledges the history of British settlement. Below the Union Jack is a white Commonwealth or Federation star. It has seven points representing the unity of the six states and the territories of the Commonwealth of Australia. The star is also featured on the Commonwealth Coat of Arms. The Southern Cross is shown on the fly of the flag in white. This constellation of five stars can be seen only from the southern hemisphere and is a reminder of Australia’s geography.

Flag of Australia (Construction) Under the Flags Act, the Australian National Flag must meet the following specifications: • The Union Flag occupying the upper quarter next the staff; [8] • A large white star (representing the 6 States of Australia and the Territories) in the centre of the lower quarter next the pye and pointing direct to the centre of St George’s Cross in the Union Flag; • 5 white stars (representing the Southern Cross) in the half of the flag further from the staff. The outer diameter of the Commonwealth Star is 3/10 of the flag’s width, while that of the stars in the Southern Cross is 1/7 of the flag’s width, except for Epsilon, for which the fraction is 1/12. Each star’s inner diameter is 4/9 of the outer diameter. The flag’s width is the measurement of the hoist edge of the flag (the distance from top to bottom).