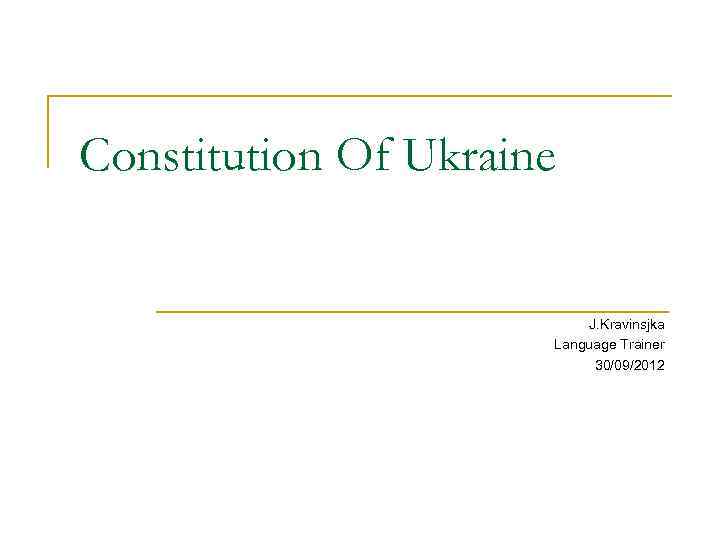 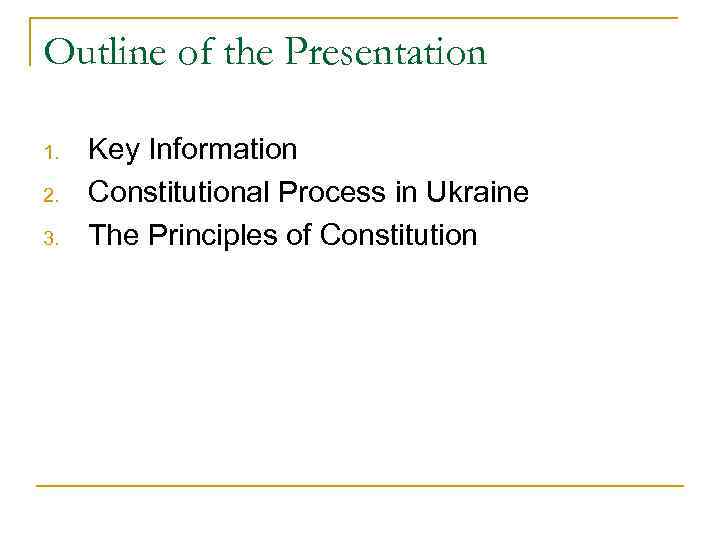 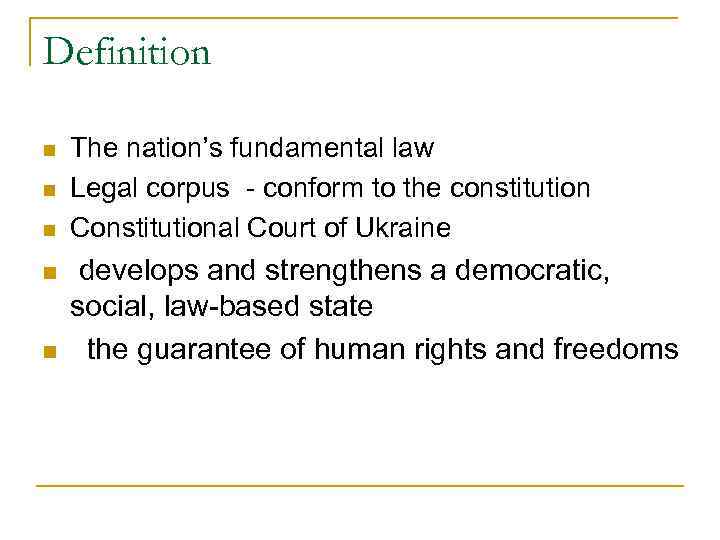 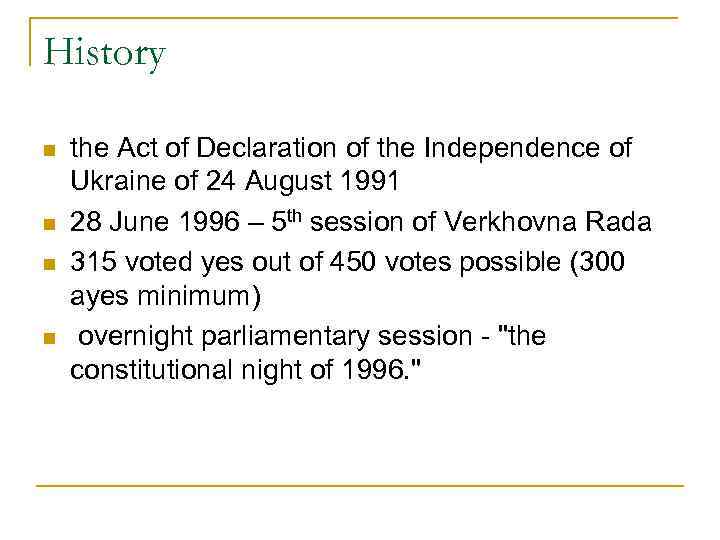 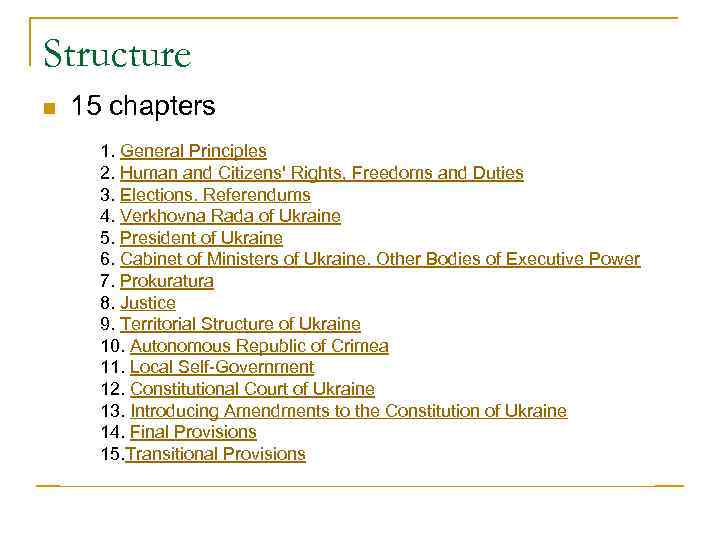 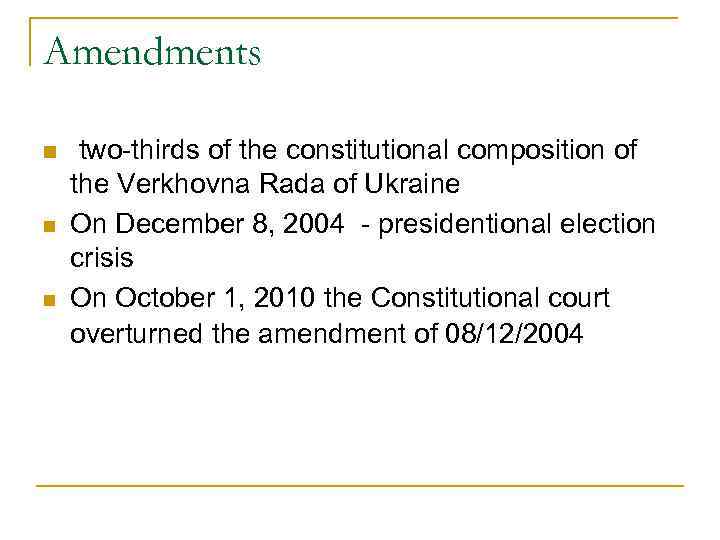 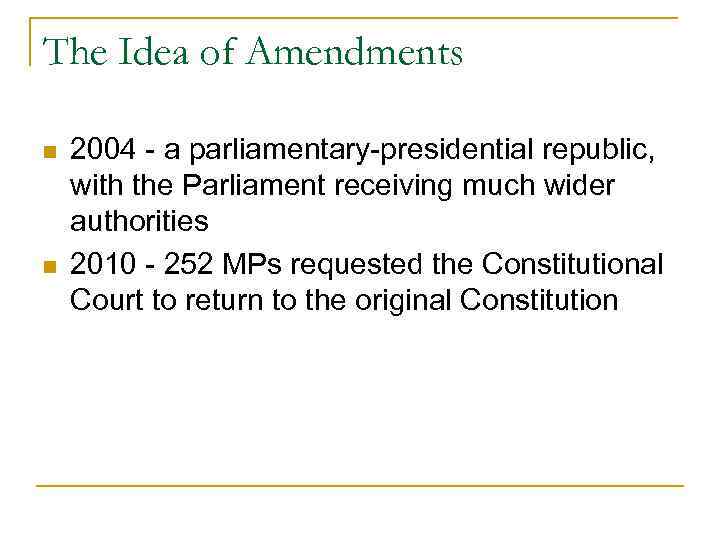 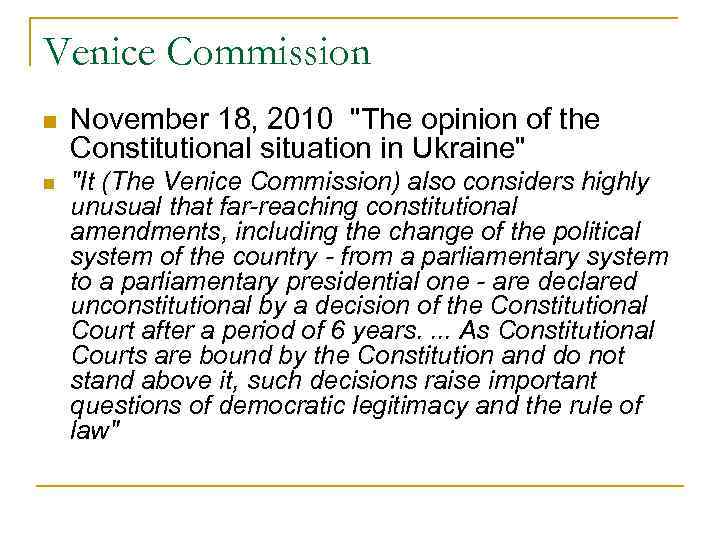 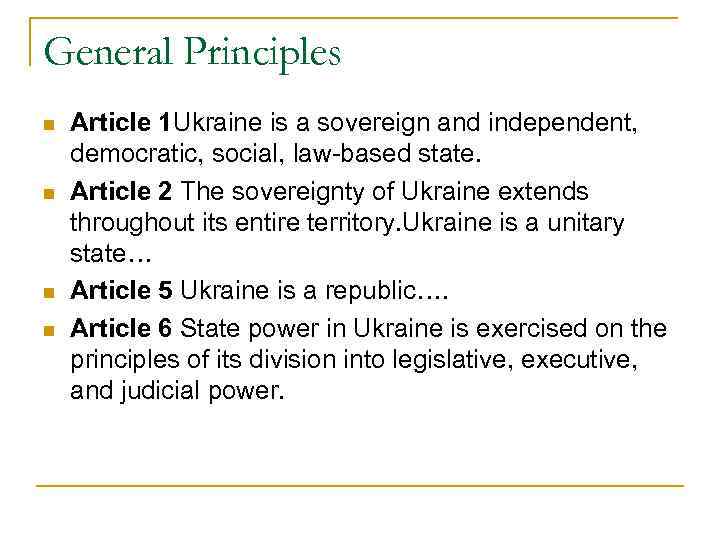 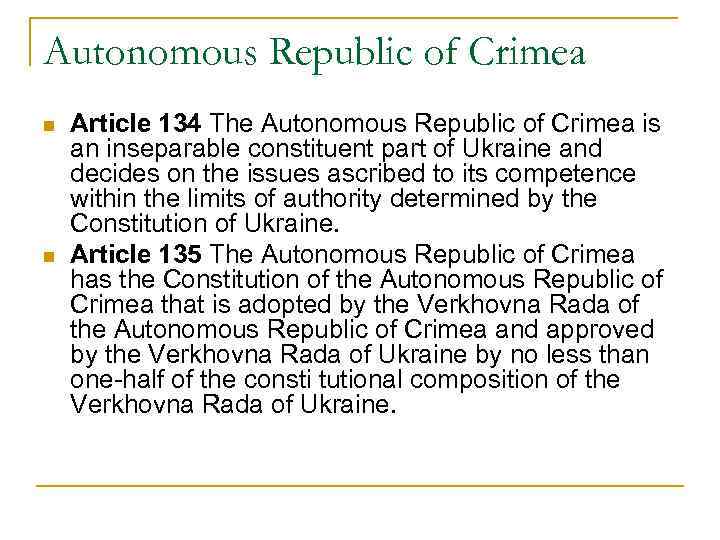 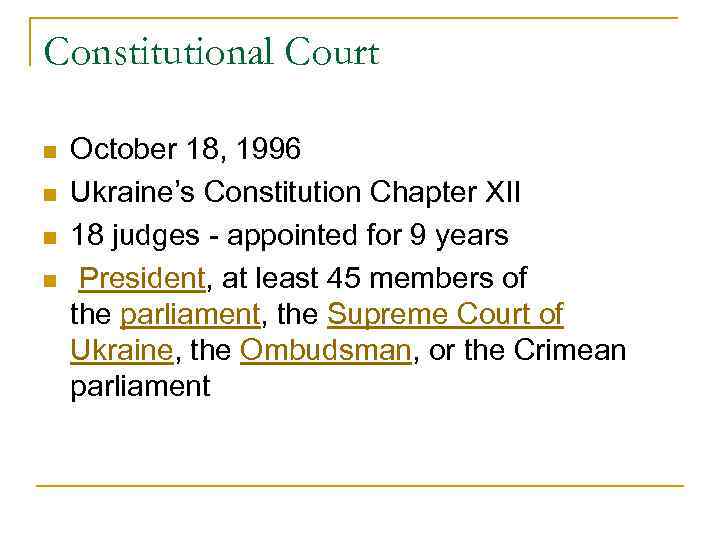 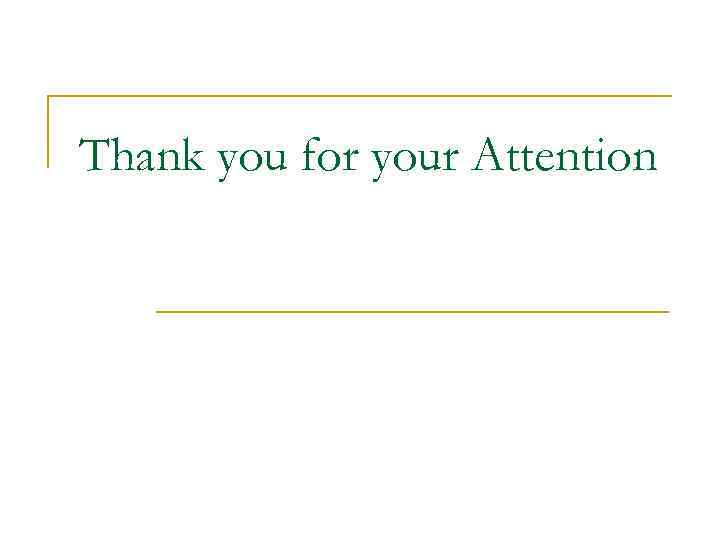 Outline of the Presentation 1. 2. 3. Key Information Constitutional Process in Ukraine The Principles of Constitution

Amendments n n n two-thirds of the constitutional composition of the Verkhovna Rada of Ukraine On December 8, 2004 - presidentional election crisis On October 1, 2010 the Constitutional court overturned the amendment of 08/12/2004

The Idea of Amendments n n 2004 - a parliamentary-presidential republic, with the Parliament receiving much wider authorities 2010 - 252 MPs requested the Constitutional Court to return to the original Constitution

General Principles n n Article 1 Ukraine is a sovereign and independent, democratic, social, law-based state. Article 2 The sovereignty of Ukraine extends throughout its entire territory. Ukraine is a unitary state… Article 5 Ukraine is a republic…. Article 6 State power in Ukraine is exercised on the principles of its division into legislative, executive, and judicial power.

Thank you for your Attention