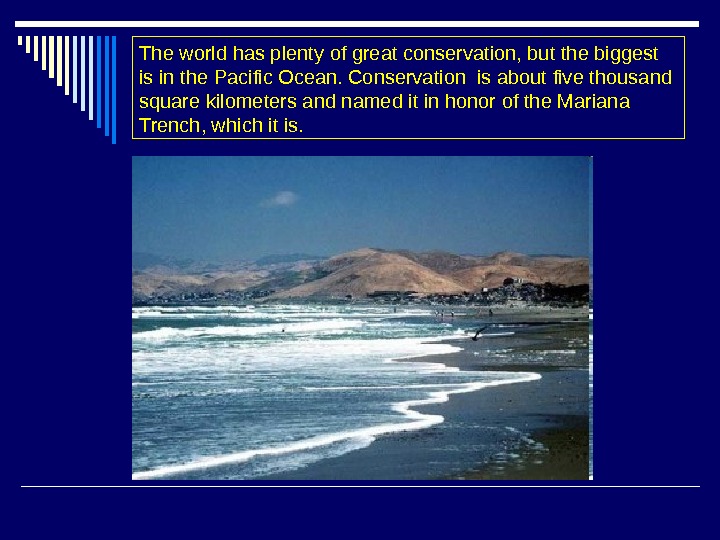 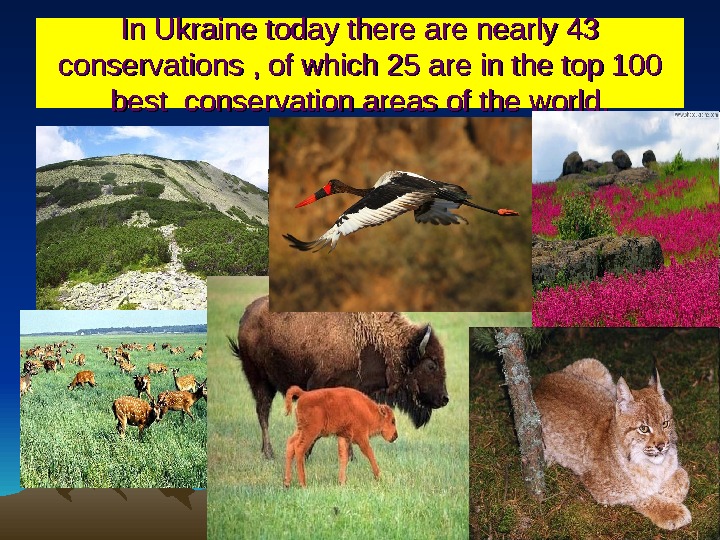 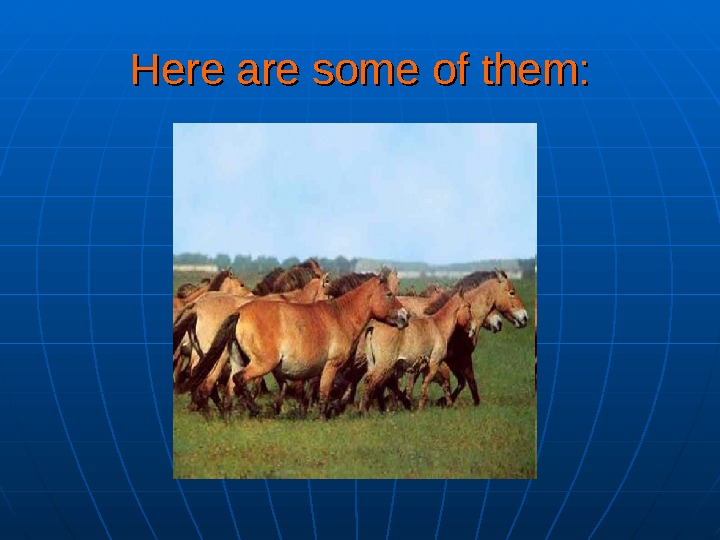 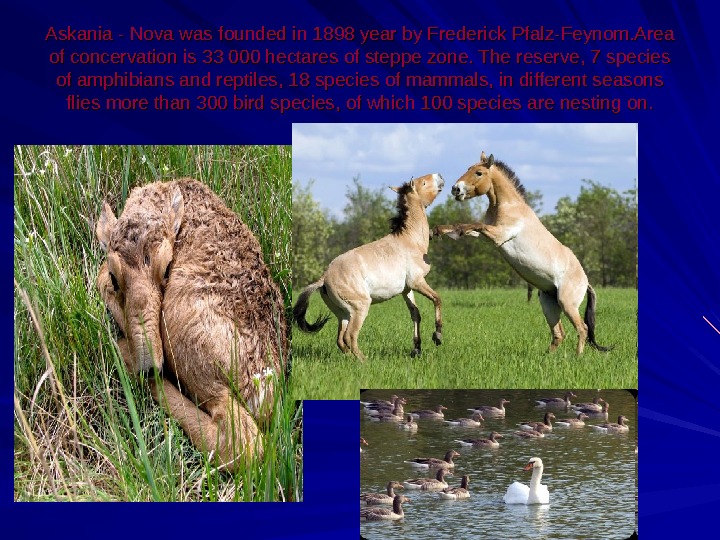 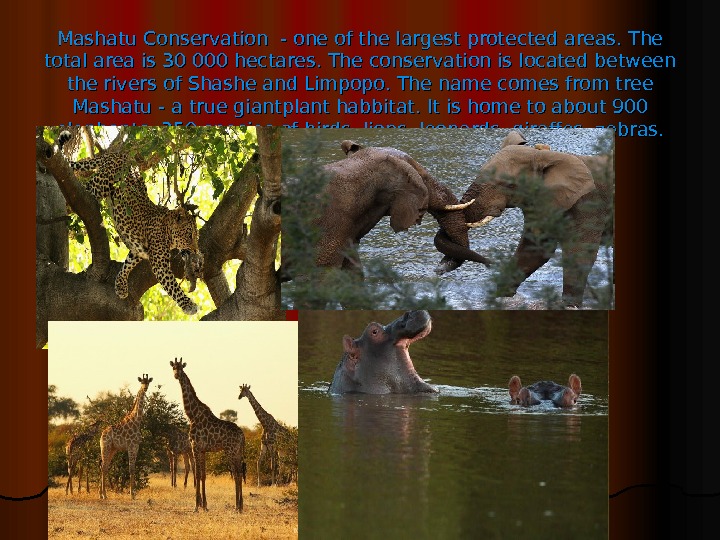 Описание презентации Conservation As you see conservation – is по слайдам

As you see conservation – is a territory which is kept in a natural state of all its various range.

The world has plenty of great conservation, but the biggest is in the Pacific Ocean. Conservation is about five thousand square kilometers and named it in honor of the Mariana Trench, which it is.

In Ukraine today there are nearly 43 conservations , of which 25 are in the top 100 best conservation areas of the world.

Here are some of them:

Askania — Nova was founded in 1898 year by Frederick Pfalz-Feynom. Area of concervation is 33 000 hectares of steppe zone. The reserve, 7 species of amphibians and reptiles, 18 species of mammals, in different seasons flies more than 300 bird species, of which 100 species are nesting on.

Mashatu Conservation — one of the largest protected areas. The total area is 30 000 hectares. The conservation is located between the rivers of Shashe and Limpopo. The name comes from tree Mashatu — a true giantplant habbitat. It is home to about 900 elephants, 350 species of birds, lions, leopards, giraffes, zebras.