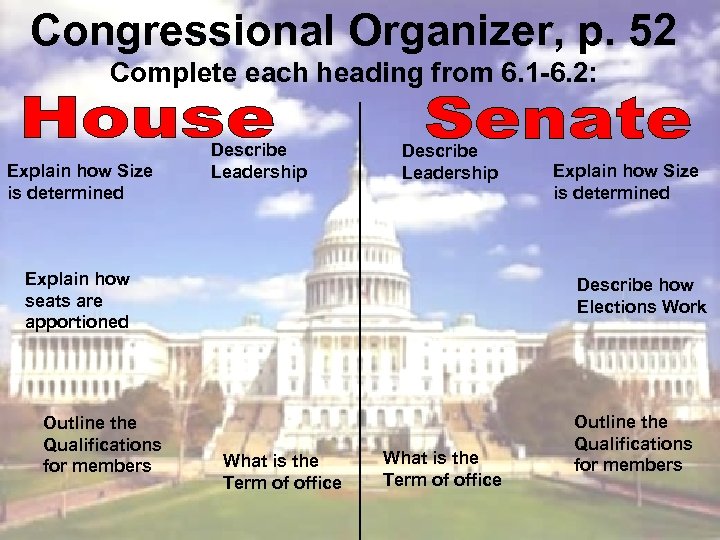 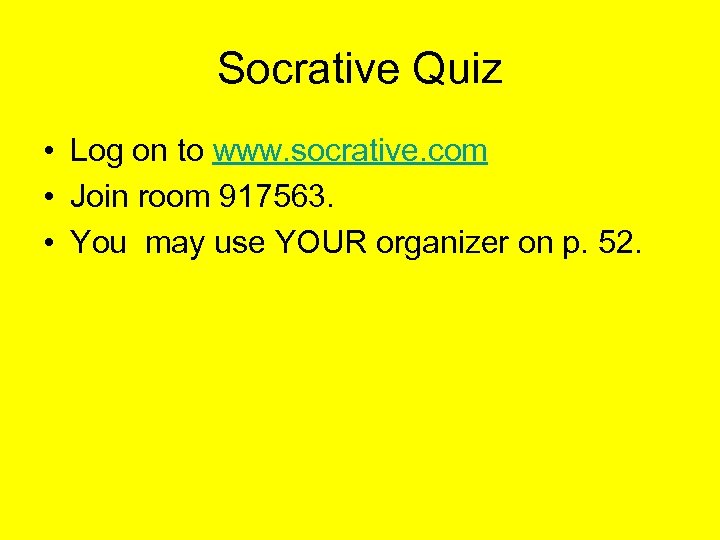 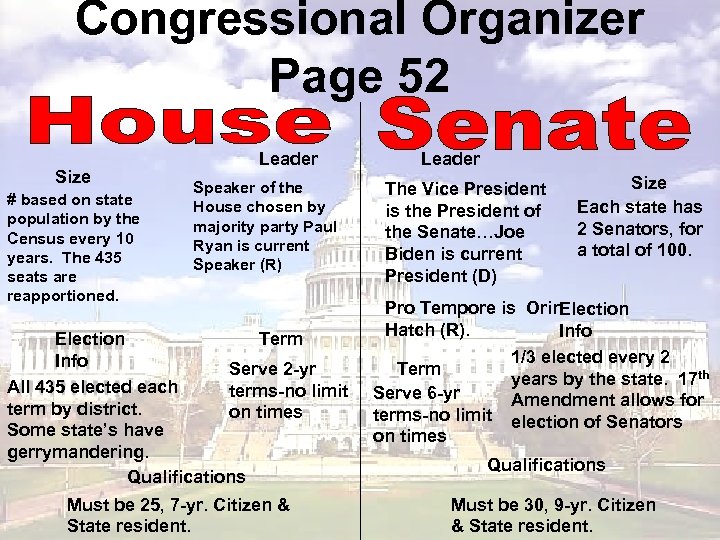 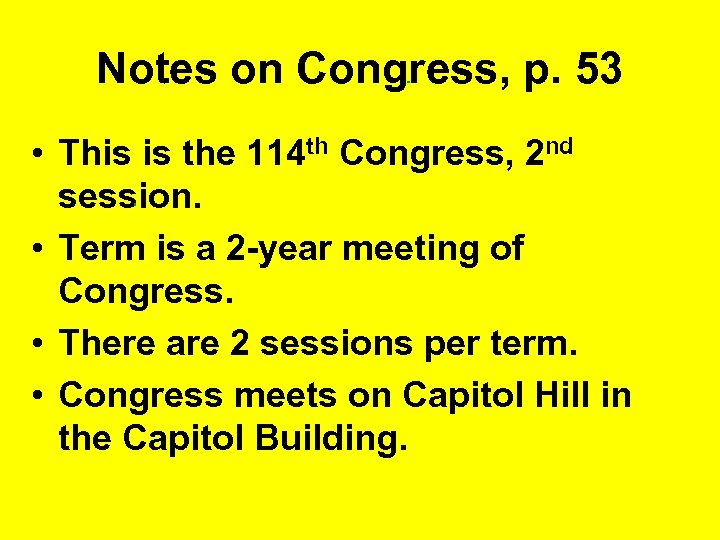 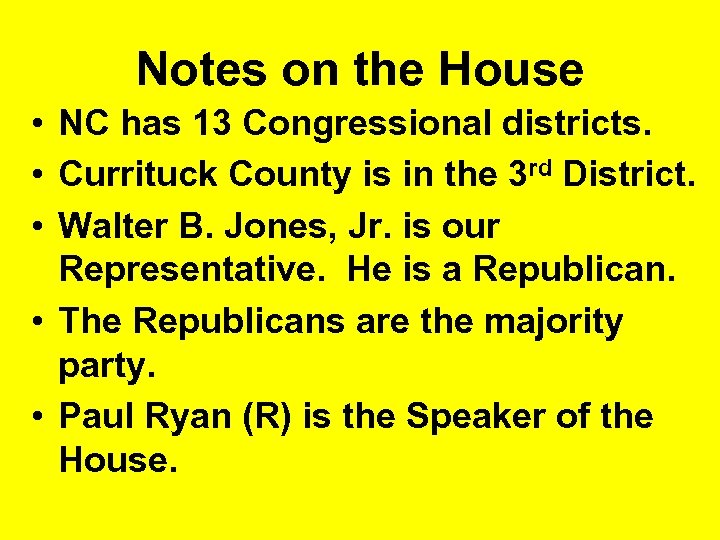 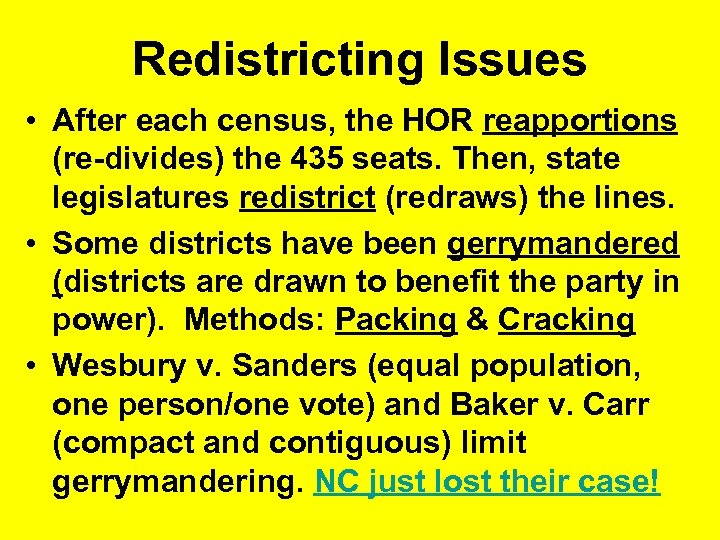 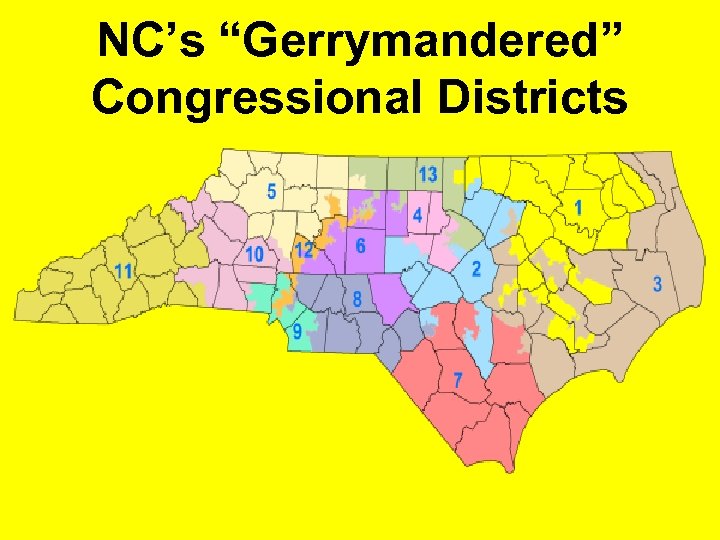 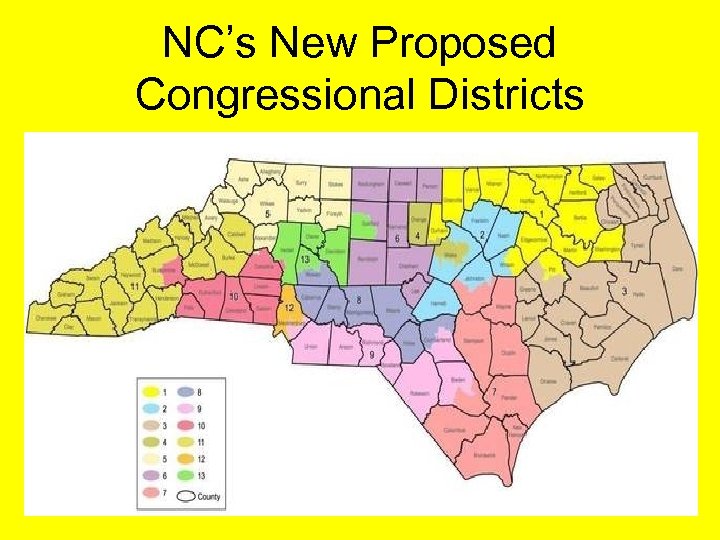 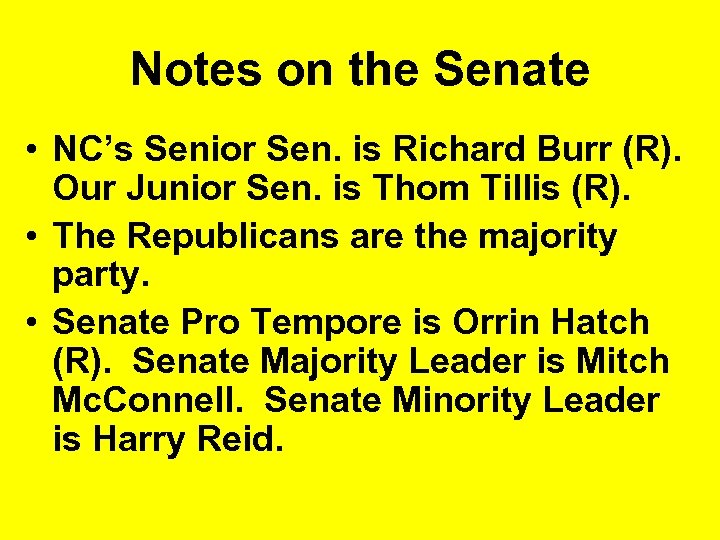 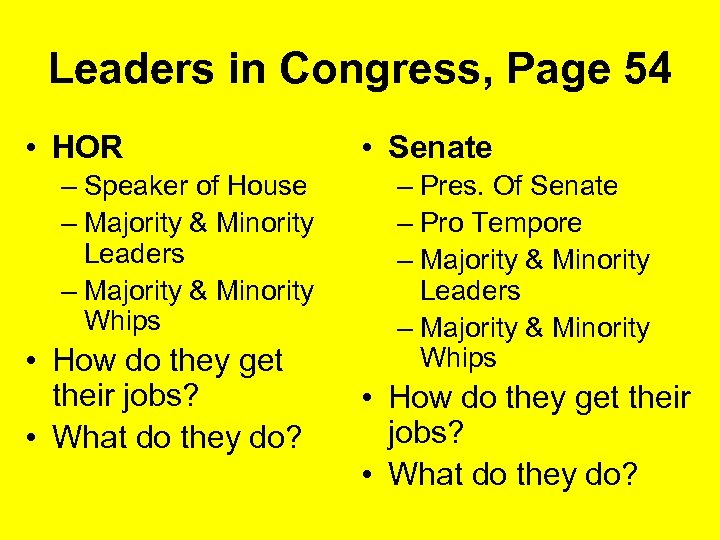 Congressional Organizer Page 52 Size # based on state population by the Census every 10 years. The 435 seats are reapportioned. Leader Speaker of the House chosen by majority party Paul Ryan is current Speaker (R) Election Term Info Serve 2 -yr All 435 elected each terms-no limit term by district. on times Some state’s have gerrymandering. Qualifications Must be 25, 7 -yr. Citizen & State resident. Leader The Vice President is the President of the Senate…Joe Biden is current President (D) Size Each state has 2 Senators, for a total of 100. Pro Tempore is Orin Election Hatch (R). Info 1/3 elected every 2 Term years by the state. 17 th Serve 6 -yr Amendment allows for terms-no limit election of Senators on times Qualifications Must be 30, 9 -yr. Citizen & State resident.

Notes on Congress, p. 53 • This is the 114 th Congress, 2 nd session. • Term is a 2 -year meeting of Congress. • There are 2 sessions per term. • Congress meets on Capitol Hill in the Capitol Building.

Notes on the House • NC has 13 Congressional districts. • Currituck County is in the 3 rd District. • Walter B. Jones, Jr. is our Representative. He is a Republican. • The Republicans are the majority party. • Paul Ryan (R) is the Speaker of the House.