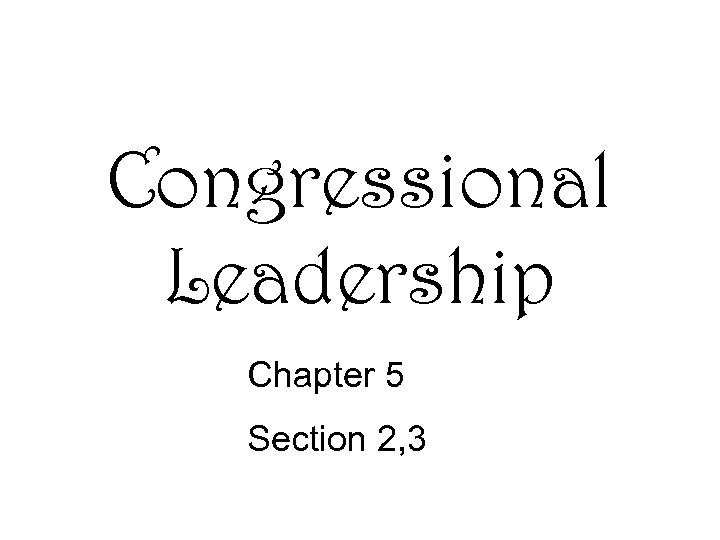 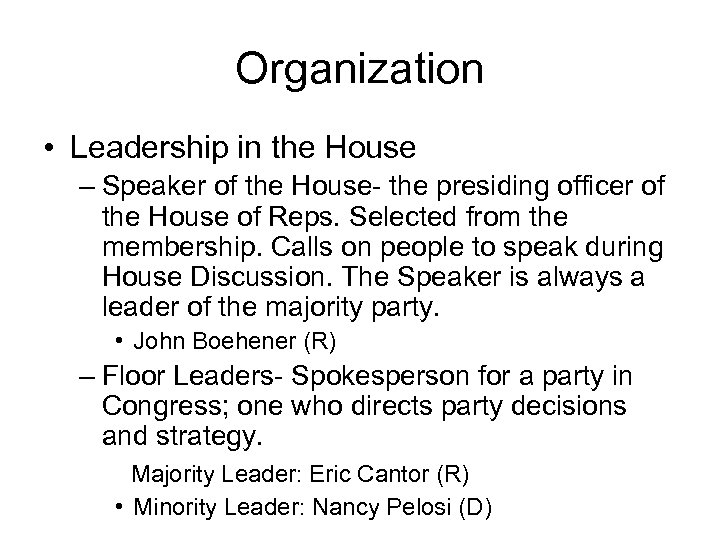 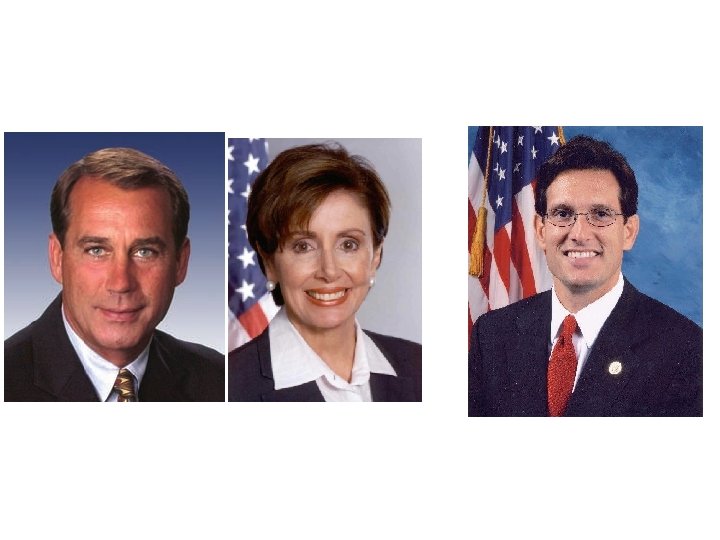 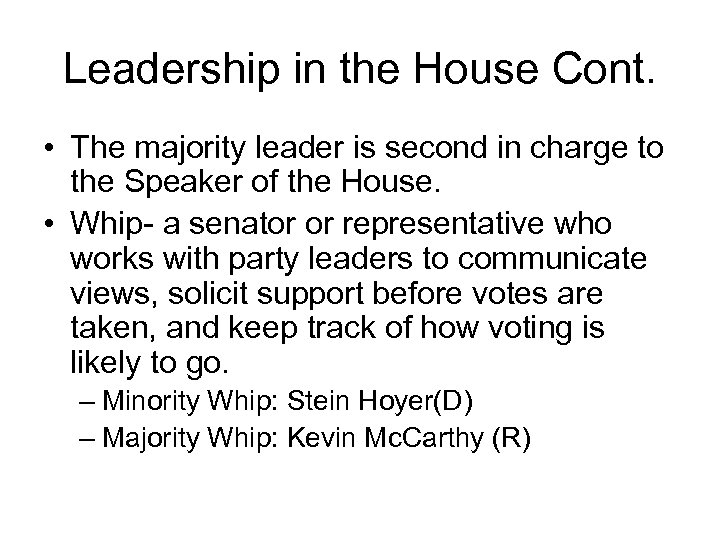 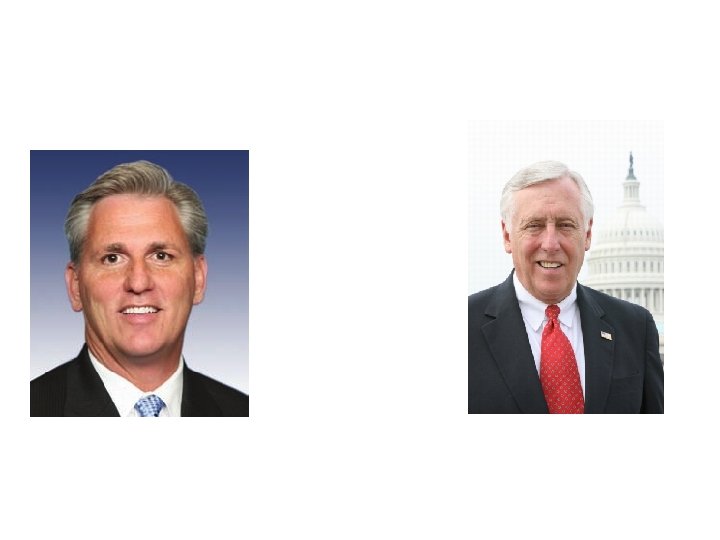 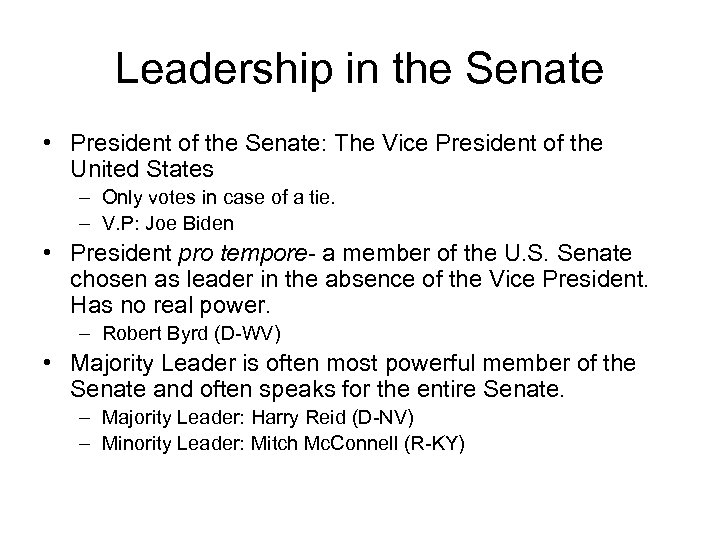 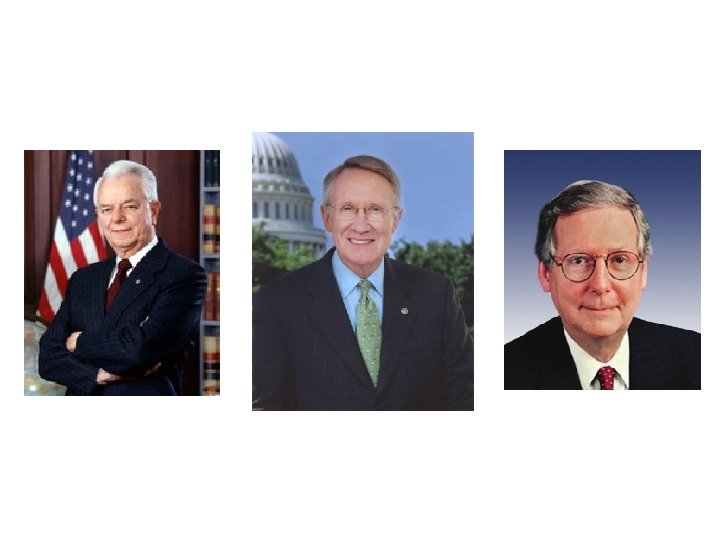 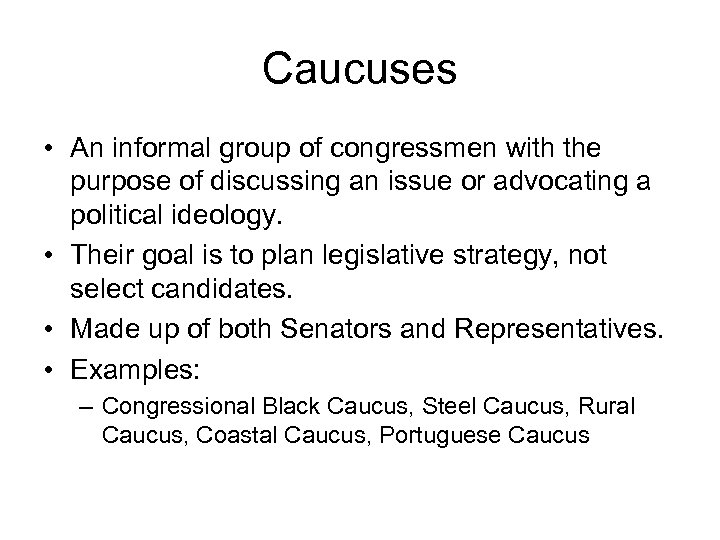 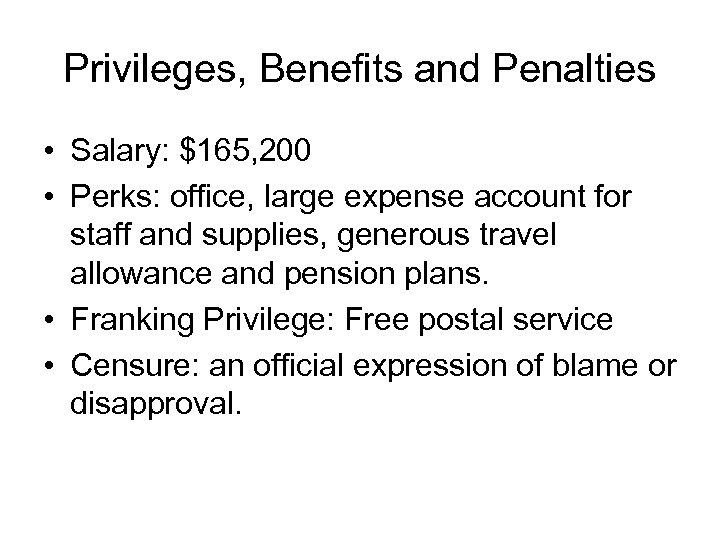 Organization • Leadership in the House – Speaker of the House- the presiding officer of the House of Reps. Selected from the membership. Calls on people to speak during House Discussion. The Speaker is always a leader of the majority party. • John Boehener (R) – Floor Leaders- Spokesperson for a party in Congress; one who directs party decisions and strategy. Majority Leader: Eric Cantor (R) • Minority Leader: Nancy Pelosi (D)

Leadership in the House Cont. • The majority leader is second in charge to the Speaker of the House. • Whip- a senator or representative who works with party leaders to communicate views, solicit support before votes are taken, and keep track of how voting is likely to go. – Minority Whip: Stein Hoyer(D) – Majority Whip: Kevin Mc. Carthy (R)

Caucuses • An informal group of congressmen with the purpose of discussing an issue or advocating a political ideology. • Their goal is to plan legislative strategy, not select candidates. • Made up of both Senators and Representatives. • Examples: – Congressional Black Caucus, Steel Caucus, Rural Caucus, Coastal Caucus, Portuguese Caucus