Conflict in Golan Heights Made by 1 st 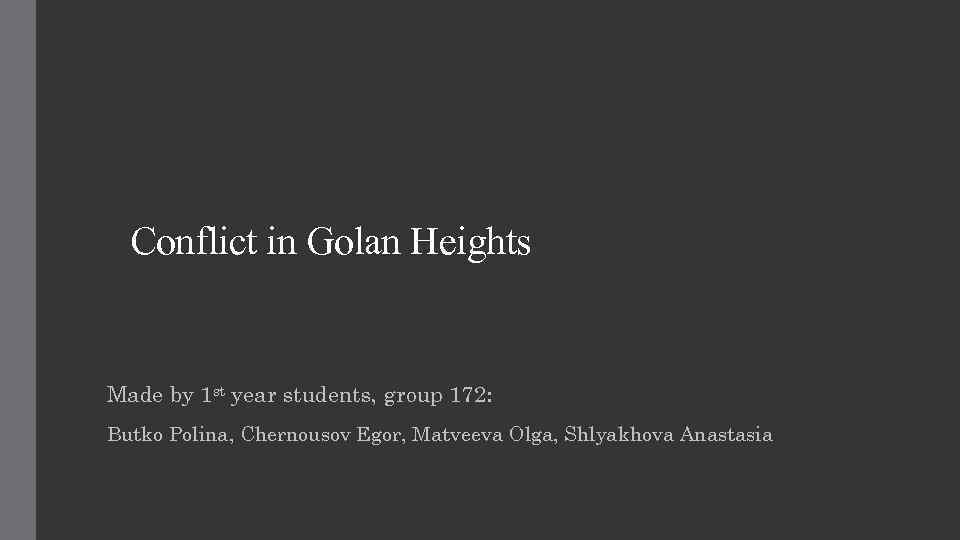 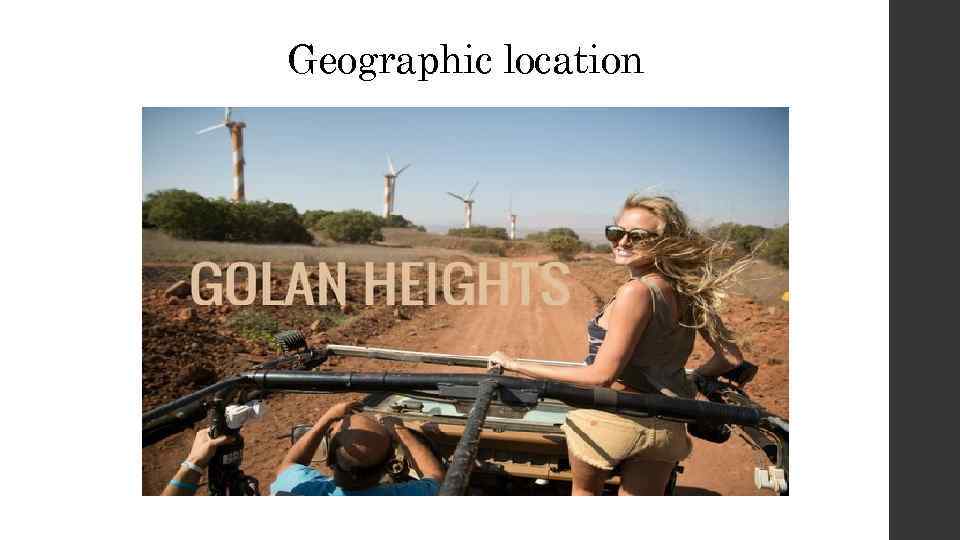 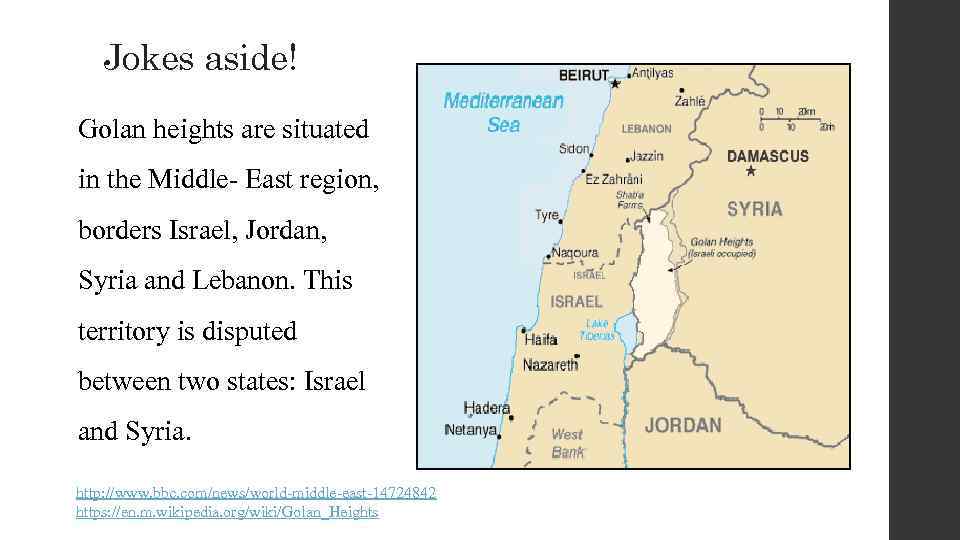 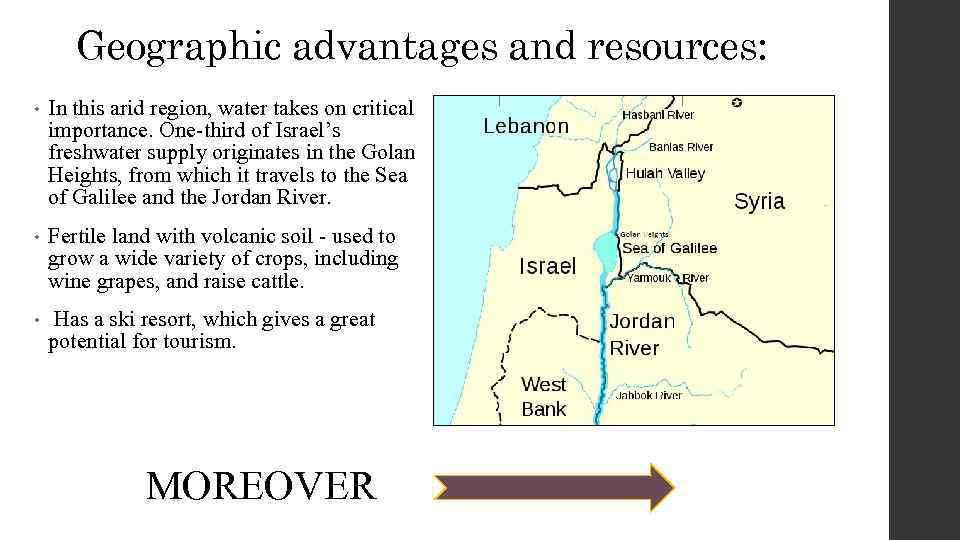 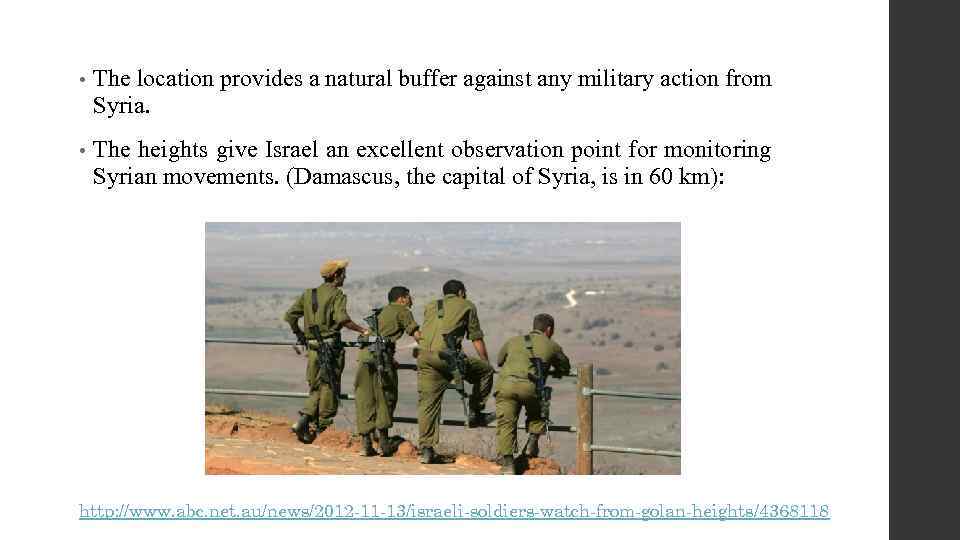 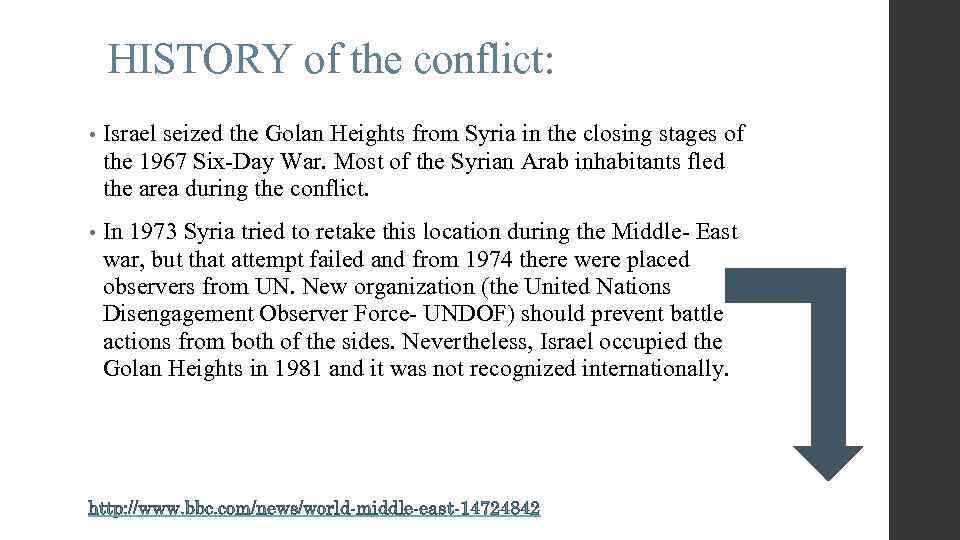 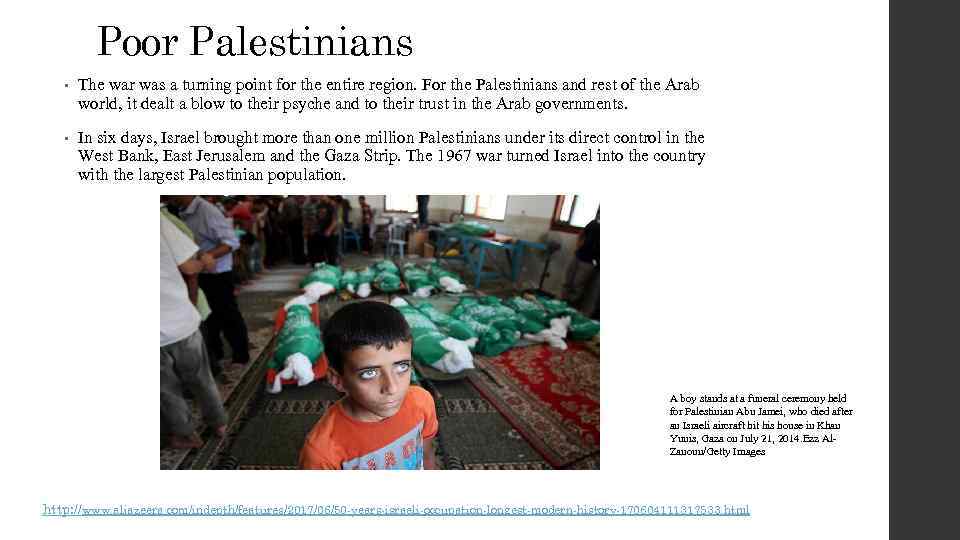 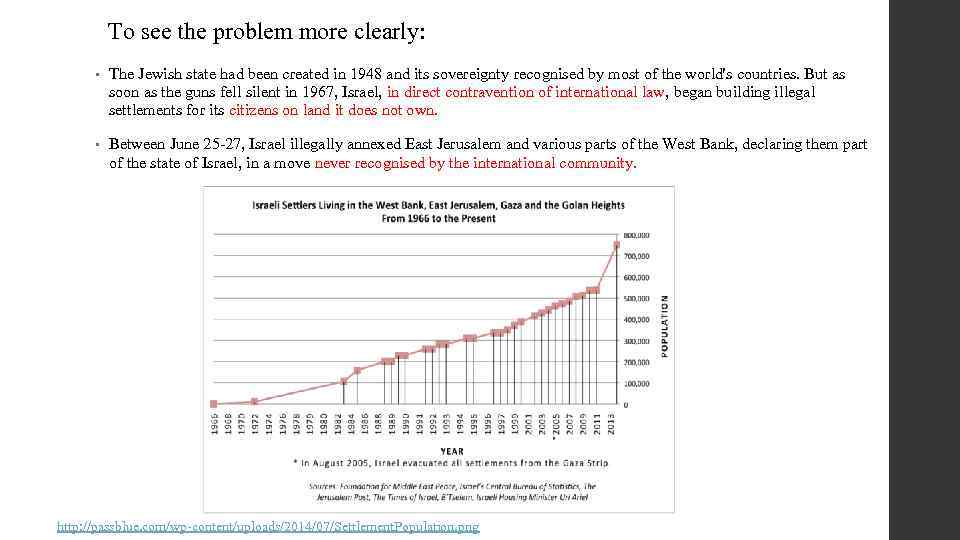 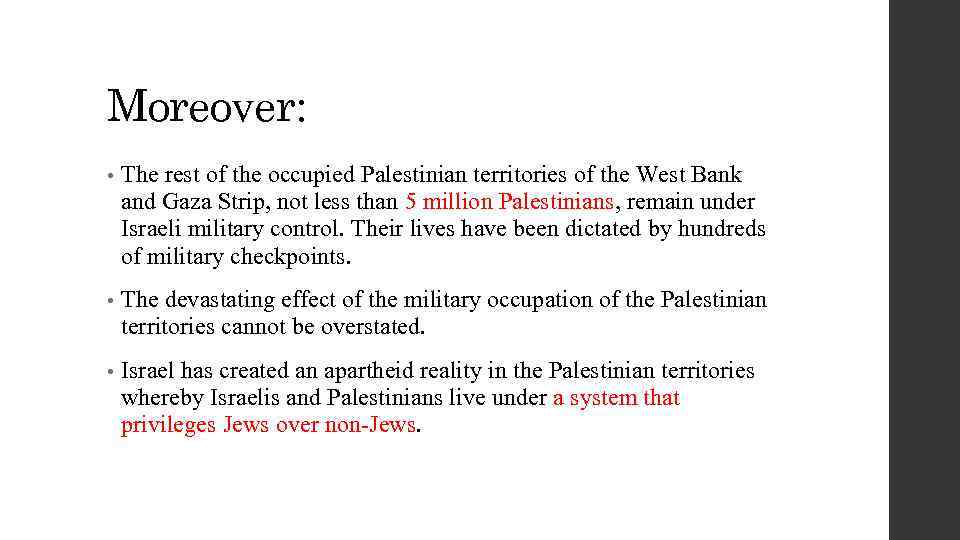 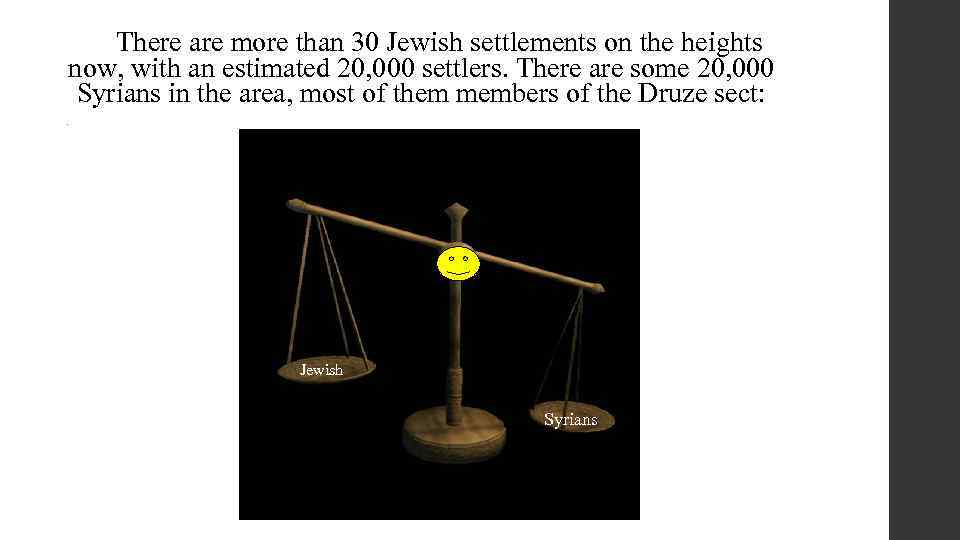 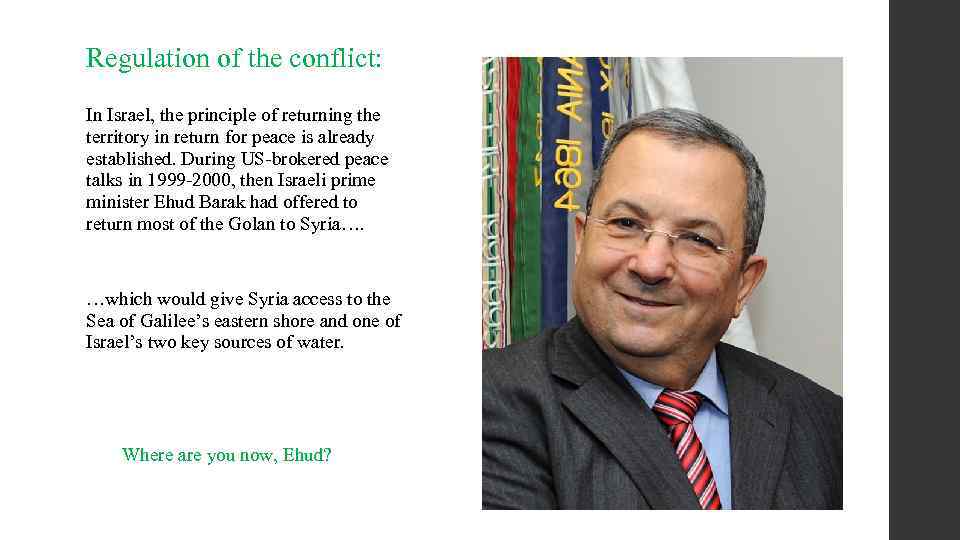 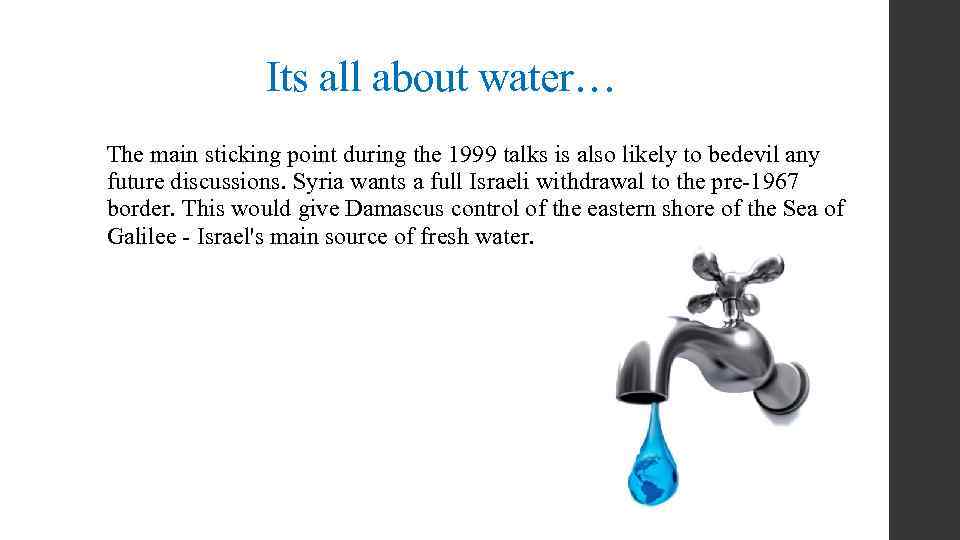 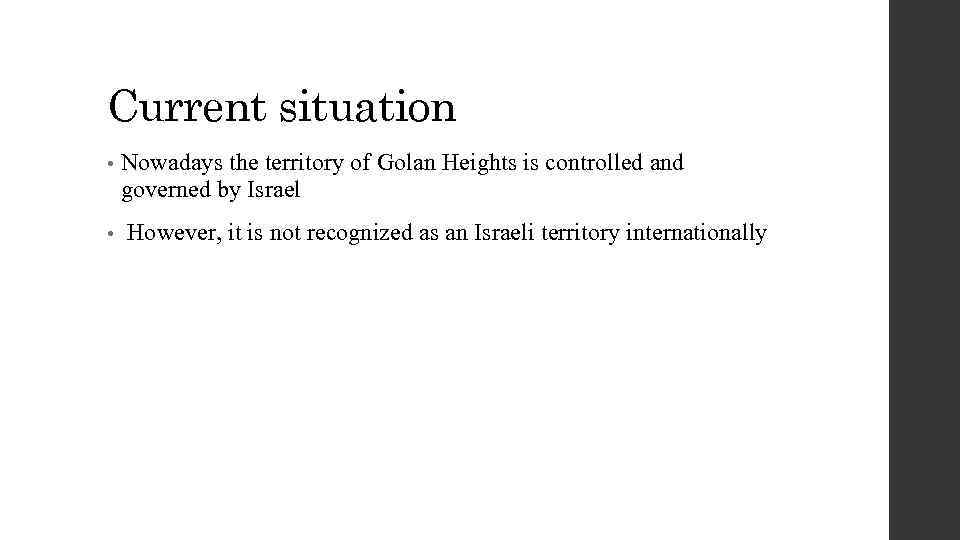 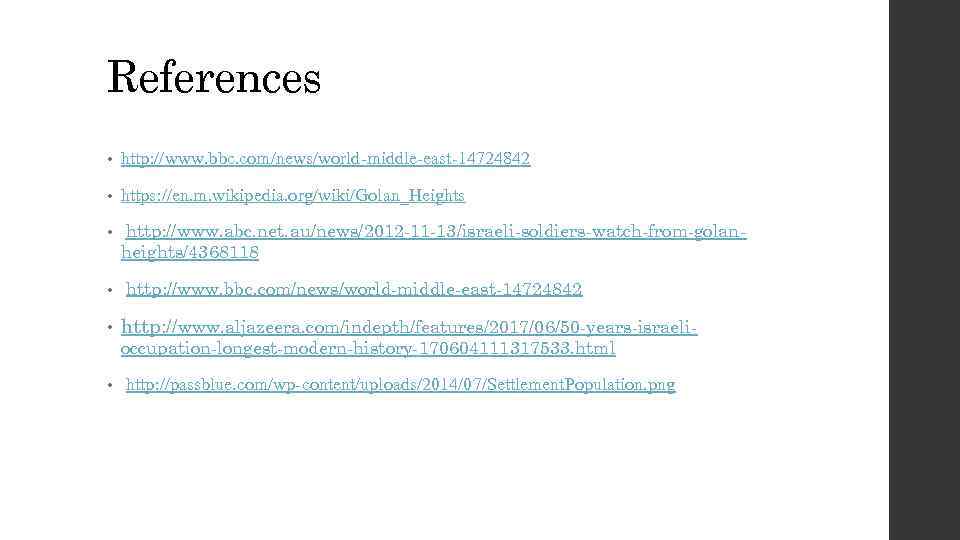 Скачать презентацию Conflict in Golan Heights Made by 1 st

Geographic advantages and resources: • In this arid region, water takes on critical importance. One-third of Israel’s freshwater supply originates in the Golan Heights, from which it travels to the Sea of Galilee and the Jordan River. • Fertile land with volcanic soil - used to grow a wide variety of crops, including wine grapes, and raise cattle. • Has a ski resort, which gives a great potential for tourism. MOREOVER

• The location provides a natural buffer against any military action from Syria. • The heights give Israel an excellent observation point for monitoring Syrian movements. (Damascus, the capital of Syria, is in 60 km): http: //www. abc. net. au/news/2012 -11 -13/israeli-soldiers-watch-from-golan-heights/4368118

HISTORY of the conflict: • Israel seized the Golan Heights from Syria in the closing stages of the 1967 Six-Day War. Most of the Syrian Arab inhabitants fled the area during the conflict. • In 1973 Syria tried to retake this location during the Middle- East war, but that attempt failed and from 1974 there were placed observers from UN. New organization (the United Nations Disengagement Observer Force- UNDOF) should prevent battle actions from both of the sides. Nevertheless, Israel occupied the Golan Heights in 1981 and it was not recognized internationally. http: //www. bbc. com/news/world-middle-east-14724842

Poor Palestinians • The war was a turning point for the entire region. For the Palestinians and rest of the Arab world, it dealt a blow to their psyche and to their trust in the Arab governments. • In six days, Israel brought more than one million Palestinians under its direct control in the West Bank, East Jerusalem and the Gaza Strip. The 1967 war turned Israel into the country with the largest Palestinian population. A boy stands at a funeral ceremony held for Palestinian Abu Jamei, who died after an Israeli aircraft his house in Khan Yunis, Gaza on July 21, 2014. Ezz Al. Zanoun/Getty Images http: //www. aljazeera. com/indepth/features/2017/06/50 -years-israeli-occupation-longest-modern-history-170604111317533. html

To see the problem more clearly: • The Jewish state had been created in 1948 and its sovereignty recognised by most of the world's countries. But as soon as the guns fell silent in 1967, Israel, in direct contravention of international law, began building illegal settlements for its citizens on land it does not own. • Between June 25 -27, Israel illegally annexed East Jerusalem and various parts of the West Bank, declaring them part of the state of Israel, in a move never recognised by the international community. http: //passblue. com/wp-content/uploads/2014/07/Settlement. Population. png

There are more than 30 Jewish settlements on the heights now, with an estimated 20, 000 settlers. There are some 20, 000 Syrians in the area, most of them members of the Druze sect: • Jewish Syrians

Regulation of the conflict: In Israel, the principle of returning the territory in return for peace is already established. During US-brokered peace talks in 1999 -2000, then Israeli prime minister Ehud Barak had offered to return most of the Golan to Syria…. …which would give Syria access to the Sea of Galilee’s eastern shore and one of Israel’s two key sources of water. Where are you now, Ehud?

Its all about water… The main sticking point during the 1999 talks is also likely to bedevil any future discussions. Syria wants a full Israeli withdrawal to the pre-1967 border. This would give Damascus control of the eastern shore of the Sea of Galilee - Israel's main source of fresh water.

Current situation • Nowadays the territory of Golan Heights is controlled and governed by Israel • However, it is not recognized as an Israeli territory internationally