Conceptual considerations for entering the Crises Exit by 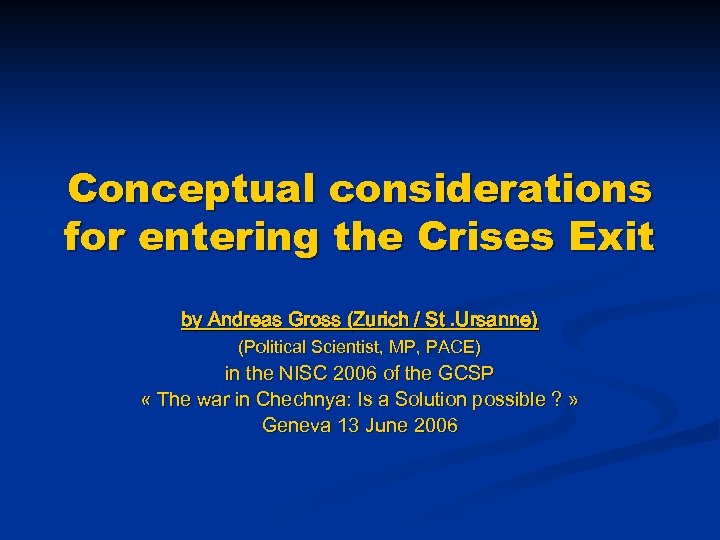 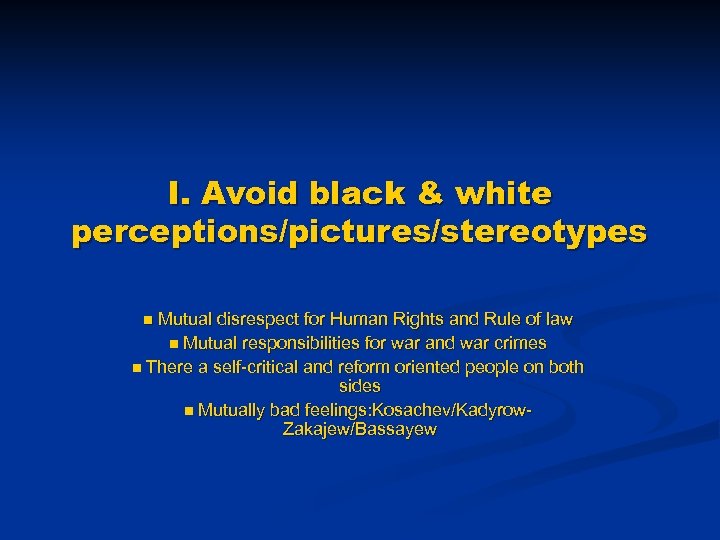 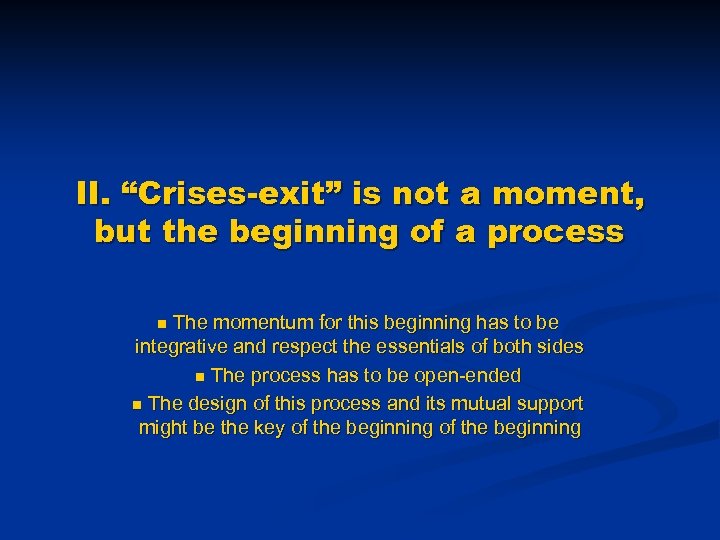 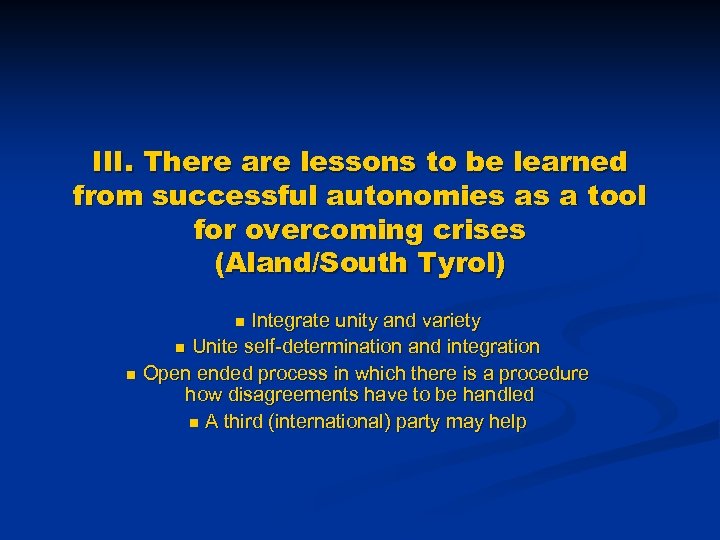 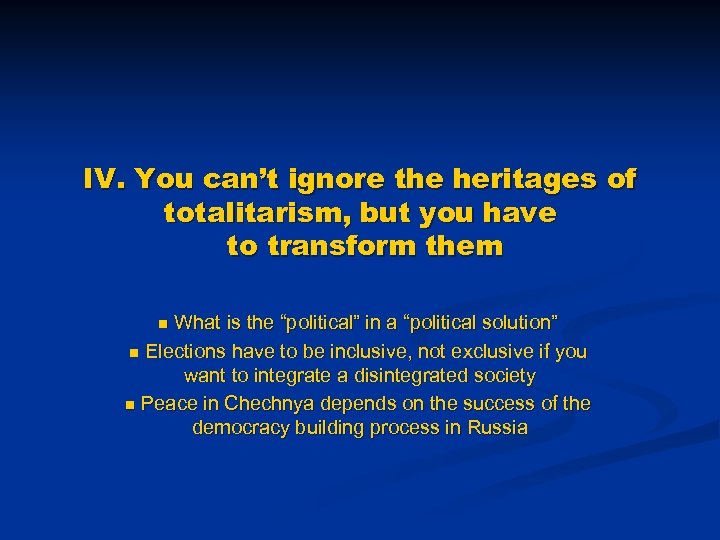 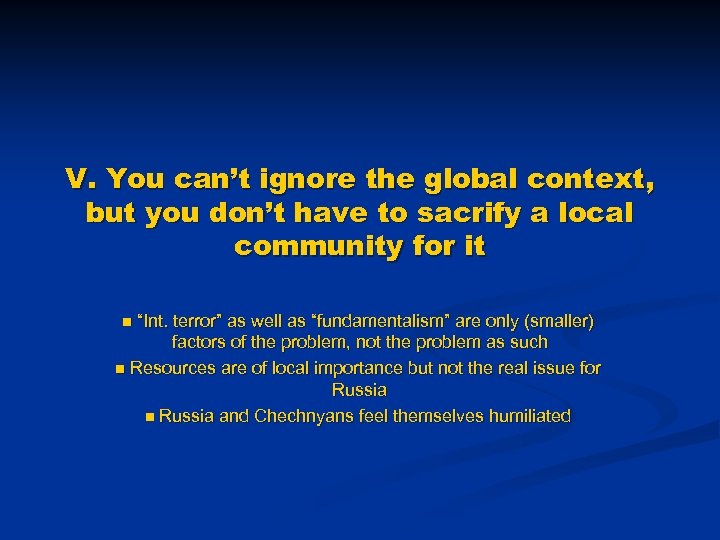 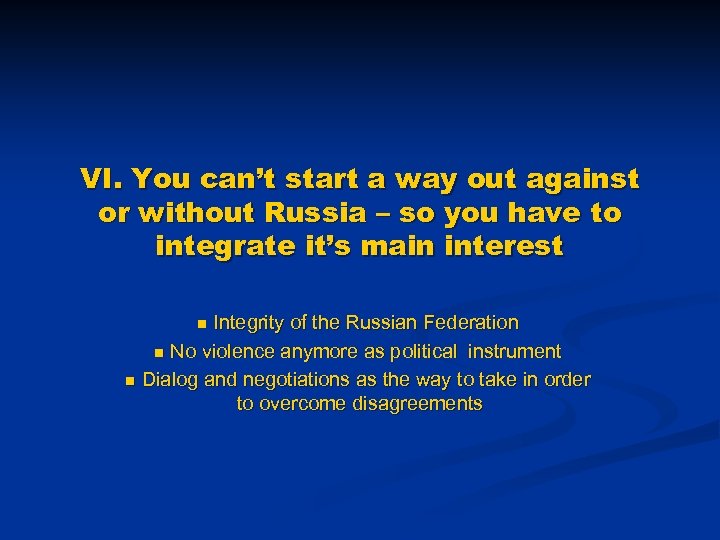 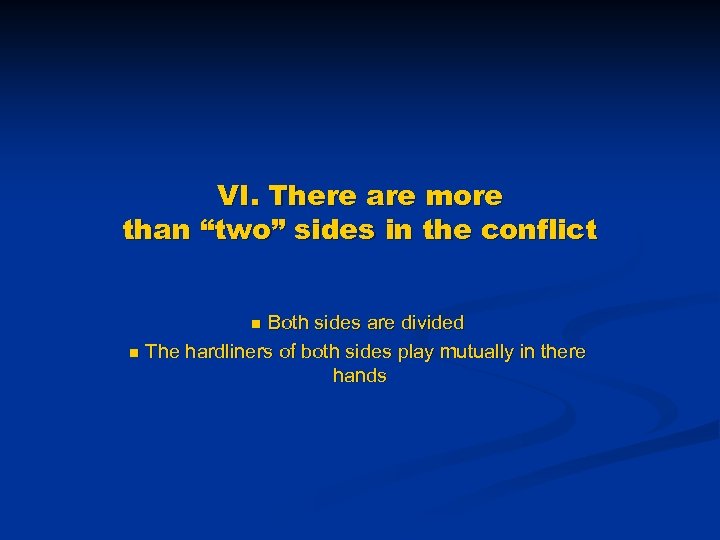 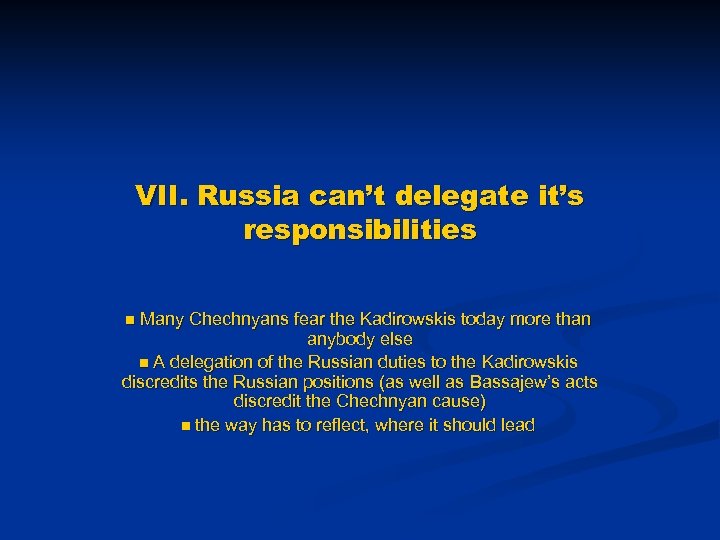 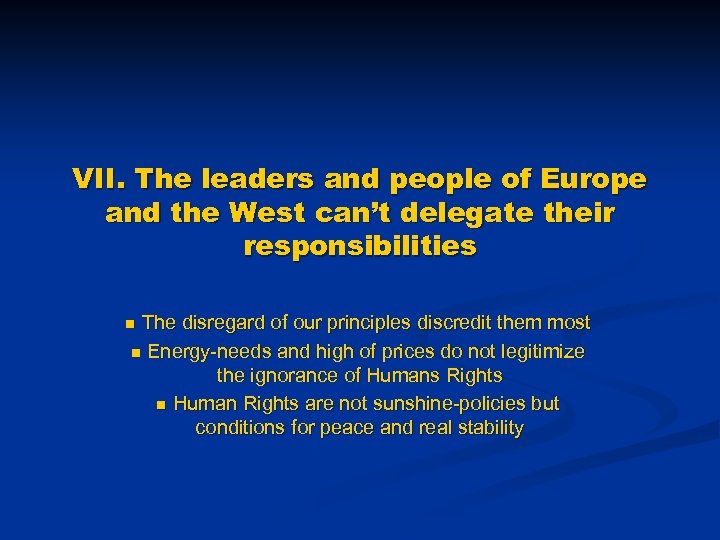 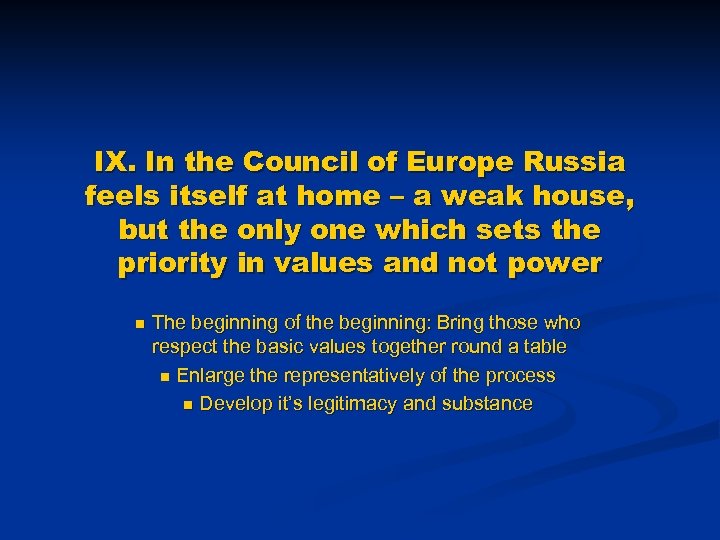 Скачать презентацию Conceptual considerations for entering the Crises Exit by

Conceptual considerations for entering the Crises Exit by Andreas Gross (Zurich / St. Ursanne) (Political Scientist, MP, PACE) in the NISC 2006 of the GCSP « The war in Chechnya: Is a Solution possible ? » Geneva 13 June 2006

II. “Crises-exit” is not a moment, but the beginning of a process The momentum for this beginning has to be integrative and respect the essentials of both sides n The process has to be open-ended n The design of this process and its mutual support might be the key of the beginning n

III. There are lessons to be learned from successful autonomies as a tool for overcoming crises (Aland/South Tyrol) Integrate unity and variety n Unite self-determination and integration n Open ended process in which there is a procedure how disagreements have to be handled n A third (international) party may help n

IV. You can’t ignore the heritages of totalitarism, but you have to transform them What is the “political” in a “political solution” n Elections have to be inclusive, not exclusive if you want to integrate a disintegrated society n Peace in Chechnya depends on the success of the democracy building process in Russia n

V. You can’t ignore the global context, but you don’t have to sacrify a local community for it “Int. terror” as well as “fundamentalism” are only (smaller) factors of the problem, not the problem as such n Resources are of local importance but not the real issue for Russia n Russia and Chechnyans feel themselves humiliated n

VI. You can’t start a way out against or without Russia – so you have to integrate it’s main interest Integrity of the Russian Federation n No violence anymore as political instrument n Dialog and negotiations as the way to take in order to overcome disagreements n

VI. There are more than “two” sides in the conflict Both sides are divided n The hardliners of both sides play mutually in there hands n

VII. Russia can’t delegate it’s responsibilities Many Chechnyans fear the Kadirowskis today more than anybody else n A delegation of the Russian duties to the Kadirowskis discredits the Russian positions (as well as Bassajew’s acts discredit the Chechnyan cause) n the way has to reflect, where it should lead n

VII. The leaders and people of Europe and the West can’t delegate their responsibilities The disregard of our principles discredit them most n Energy-needs and high of prices do not legitimize the ignorance of Humans Rights n Human Rights are not sunshine-policies but conditions for peace and real stability n

IX. In the Council of Europe Russia feels itself at home – a weak house, but the only one which sets the priority in values and not power n The beginning of the beginning: Bring those who respect the basic values together round a table n Enlarge the representatively of the process n Develop it’s legitimacy and substance