Computer Mouse Why it is named as 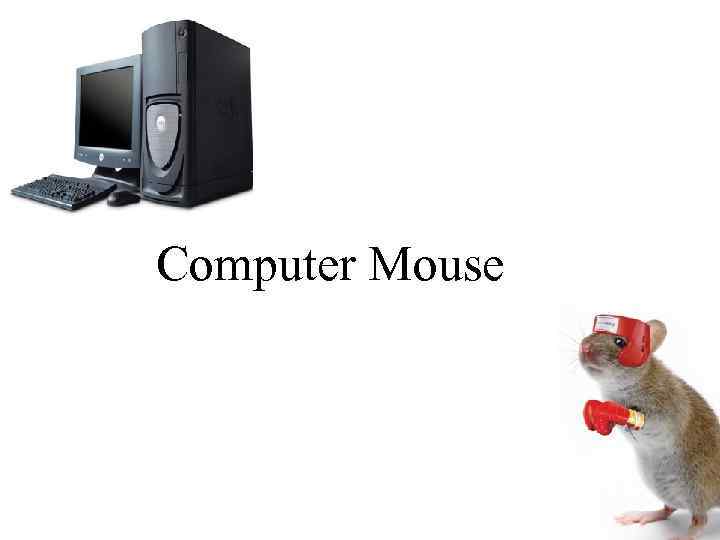 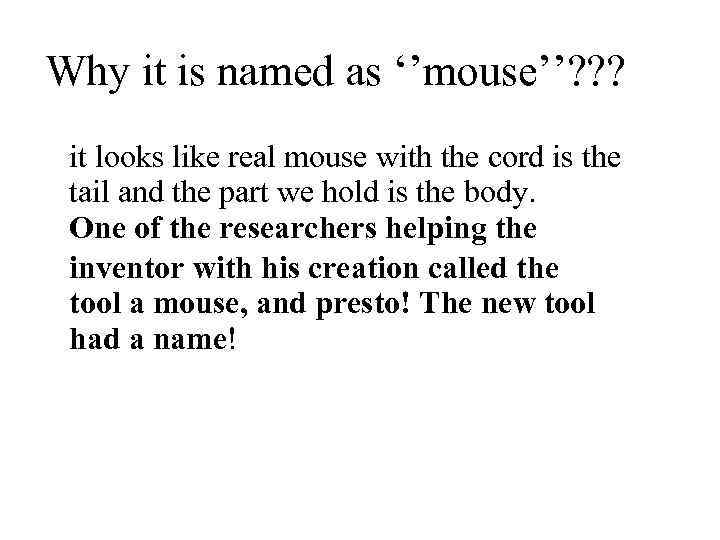 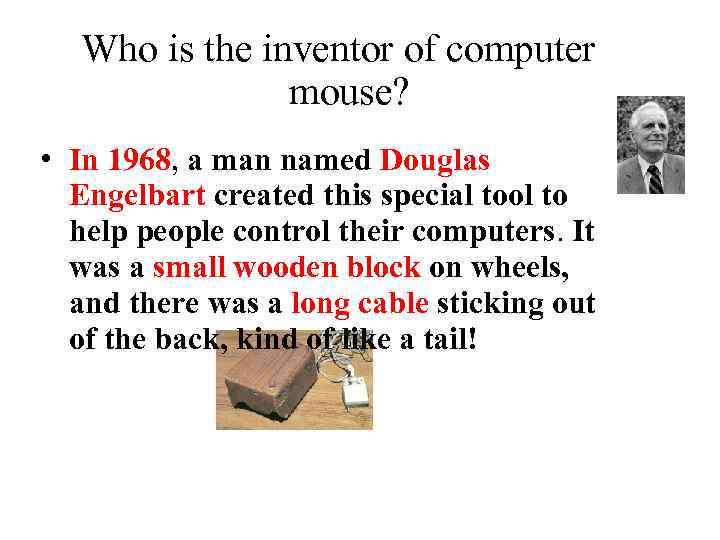 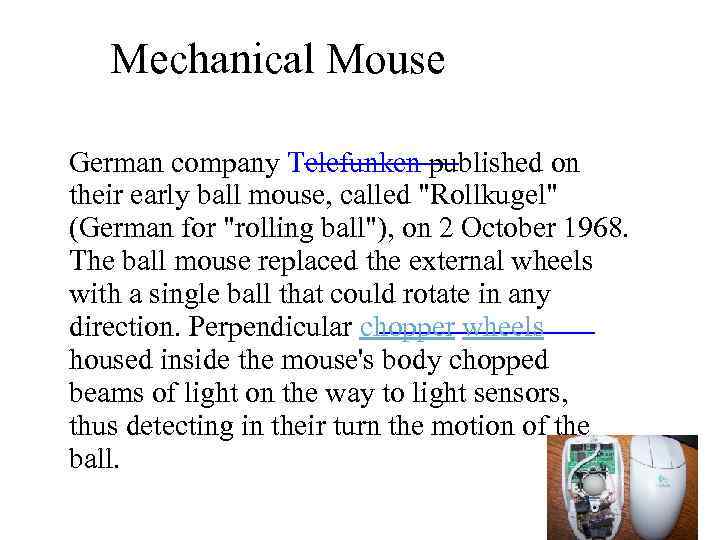 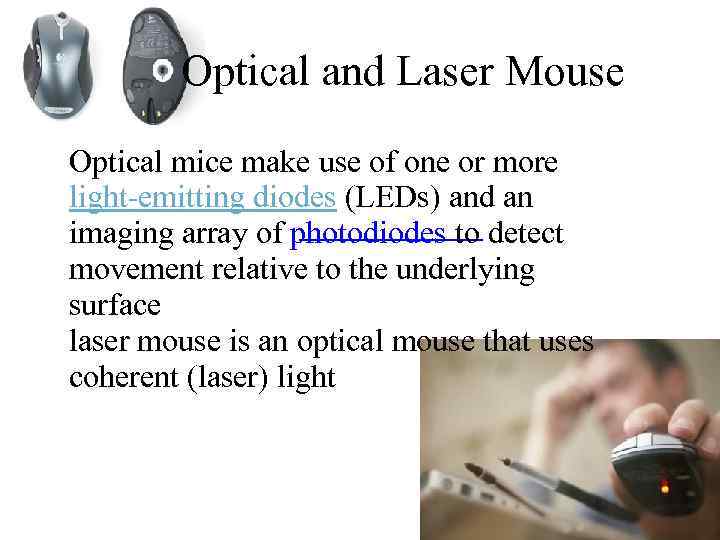 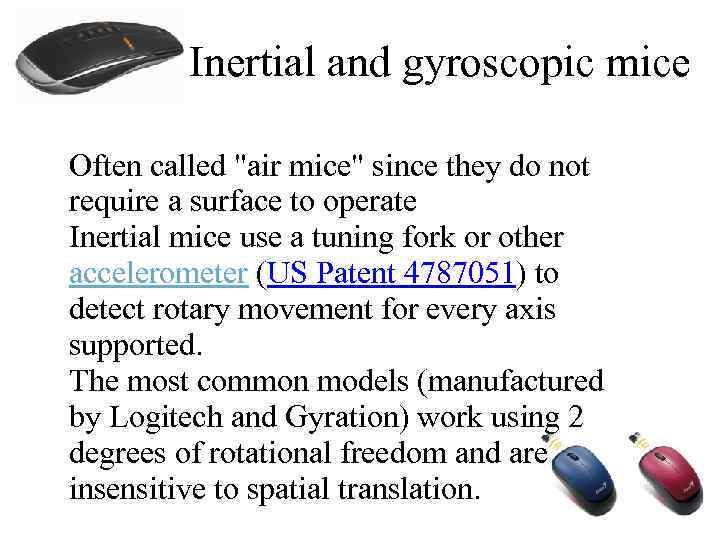 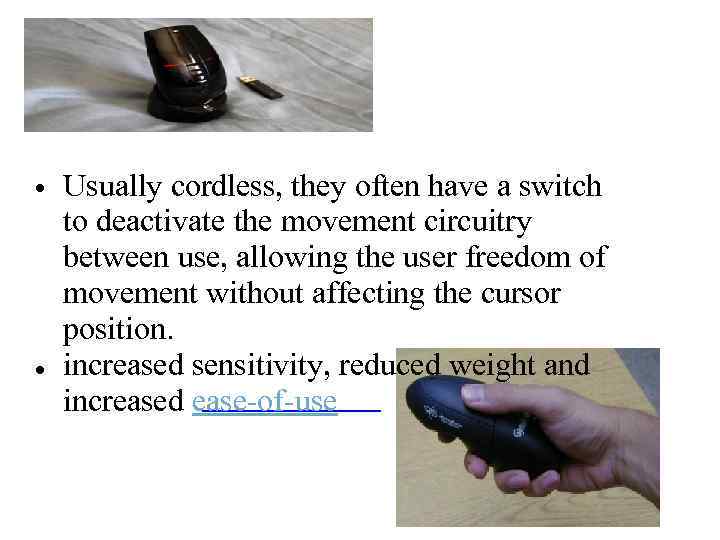 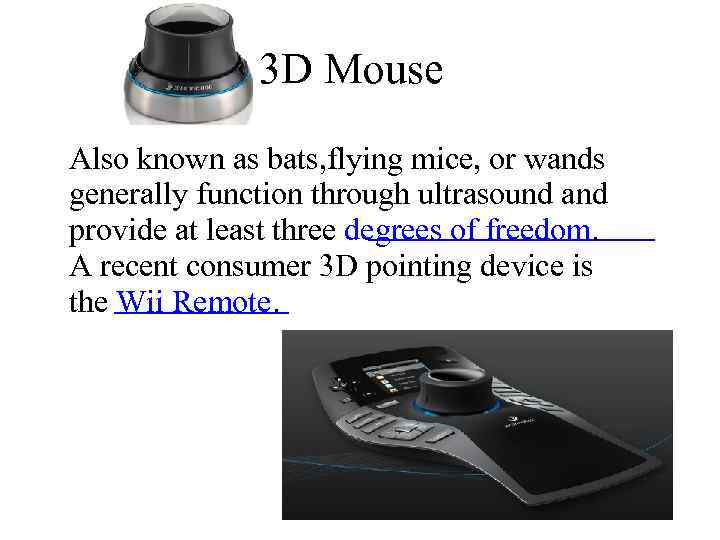 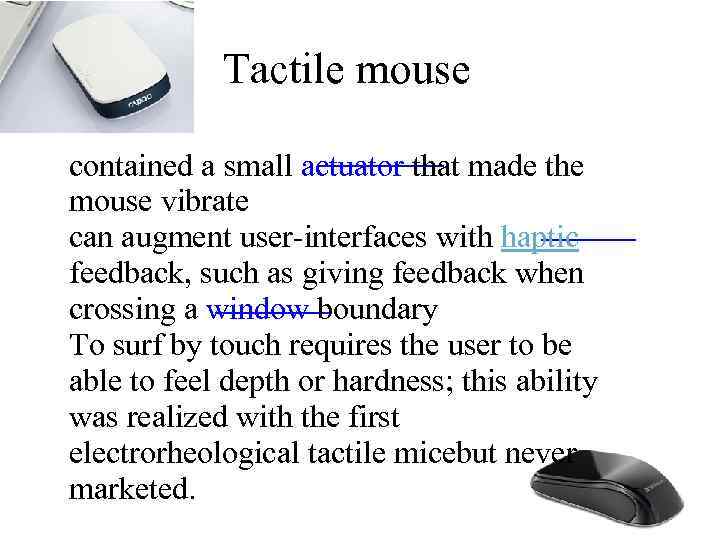 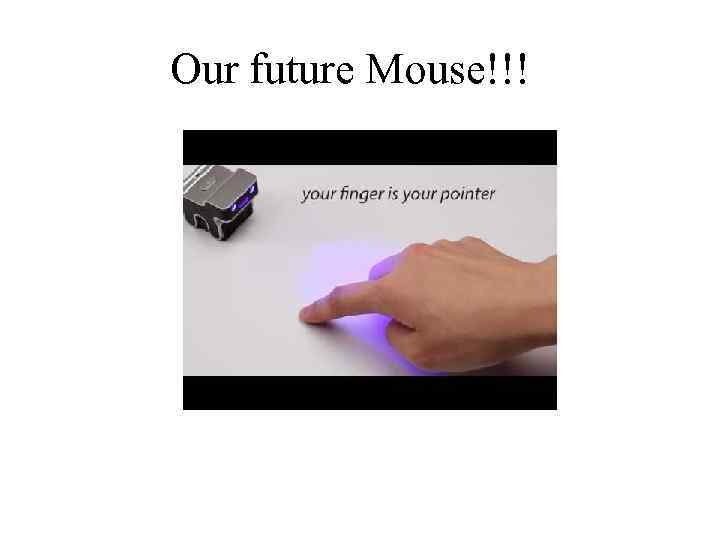 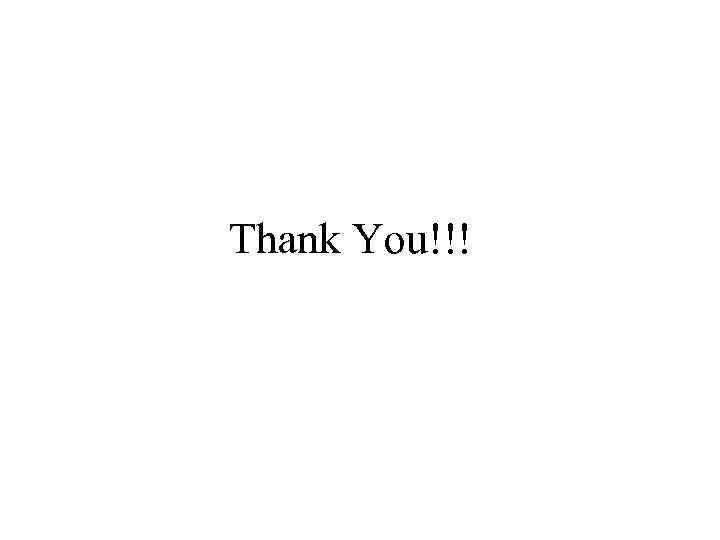 Скачать презентацию Computer Mouse Why it is named as

Why it is named as ‘’mouse’’? ? ? it looks like real mouse with the cord is the tail and the part we hold is the body. One of the researchers helping the inventor with his creation called the tool a mouse, and presto! The new tool had a name!

Who is the inventor of computer mouse? ● In 1968, a man named Douglas Engelbart created this special tool to help people control their computers. It was a small wooden block on wheels, and there was a long cable sticking out of the back, kind of like a tail!

Mechanical Mouse German company Telefunken published on their early ball mouse, called "Rollkugel" (German for "rolling ball"), on 2 October 1968. The ball mouse replaced the external wheels with a single ball that could rotate in any direction. Perpendicular chopper wheels housed inside the mouse's body chopped beams of light on the way to light sensors, thus detecting in their turn the motion of the ball.

Inertial and gyroscopic mice Often called "air mice" since they do not require a surface to operate Inertial mice use a tuning fork or other accelerometer (US Patent 4787051) to detect rotary movement for every axis supported. The most common models (manufactured by Logitech and Gyration) work using 2 degrees of rotational freedom and are insensitive to spatial translation.

● ● Usually cordless, they often have a switch to deactivate the movement circuitry between use, allowing the user freedom of movement without affecting the cursor position. increased sensitivity, reduced weight and increased ease-of-use

Tactile mouse contained a small actuator that made the mouse vibrate can augment user-interfaces with haptic feedback, such as giving feedback when crossing a window boundary To surf by touch requires the user to be able to feel depth or hardness; this ability was realized with the first electrorheological tactile micebut never marketed.