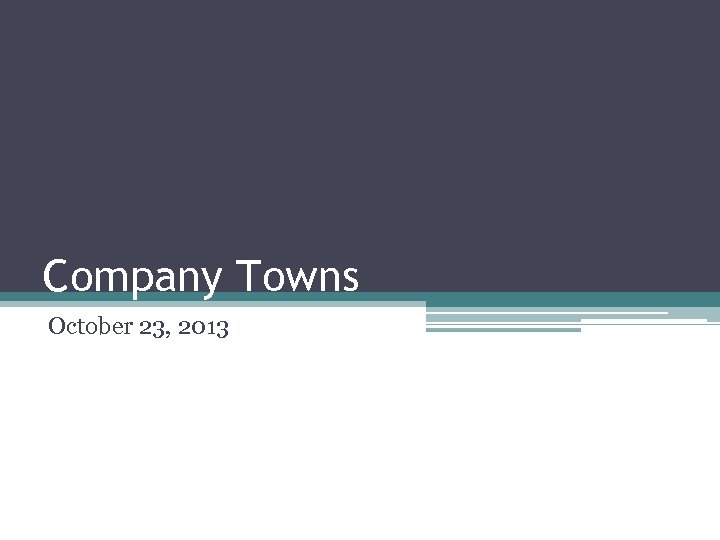 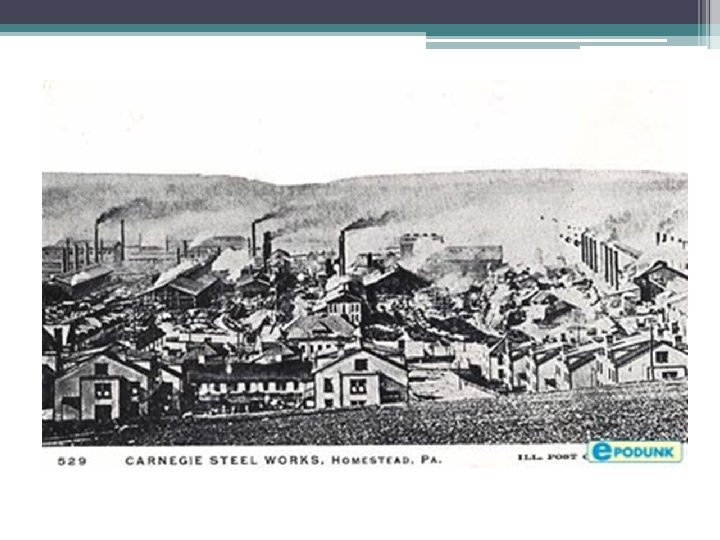 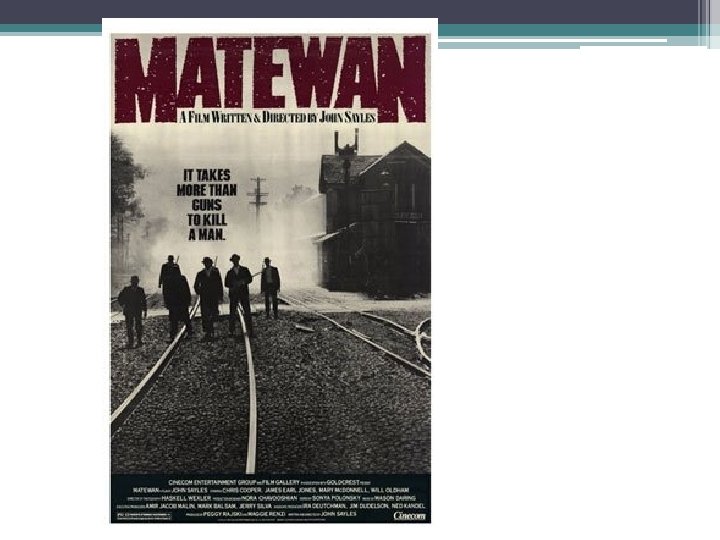 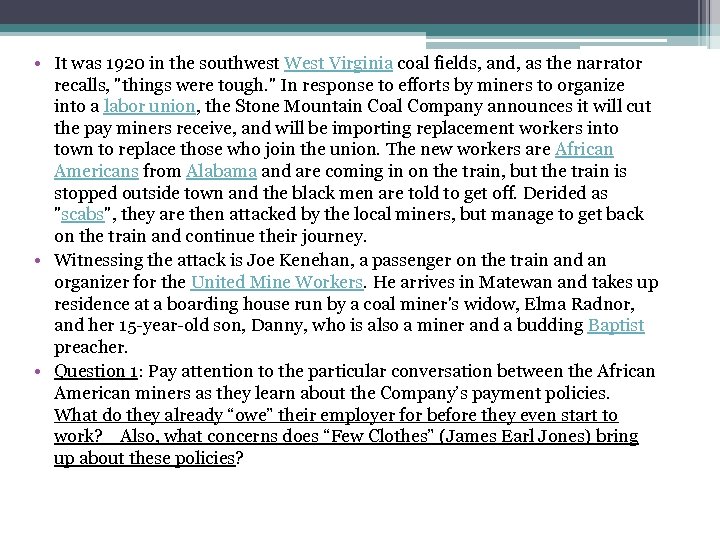 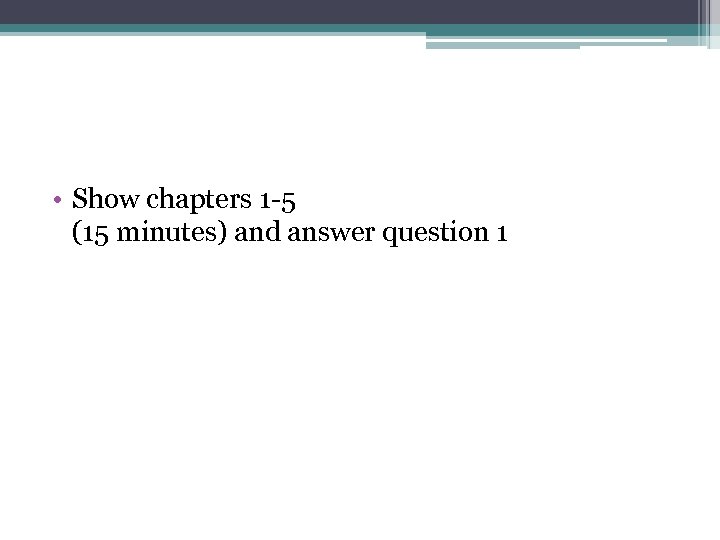 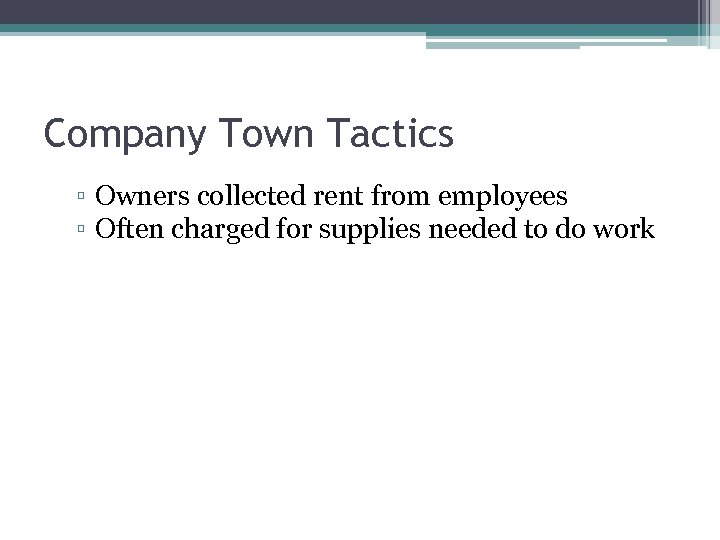 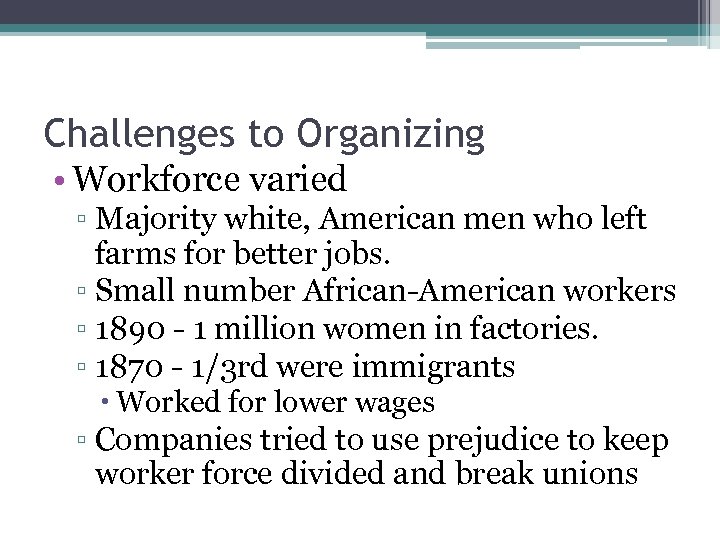 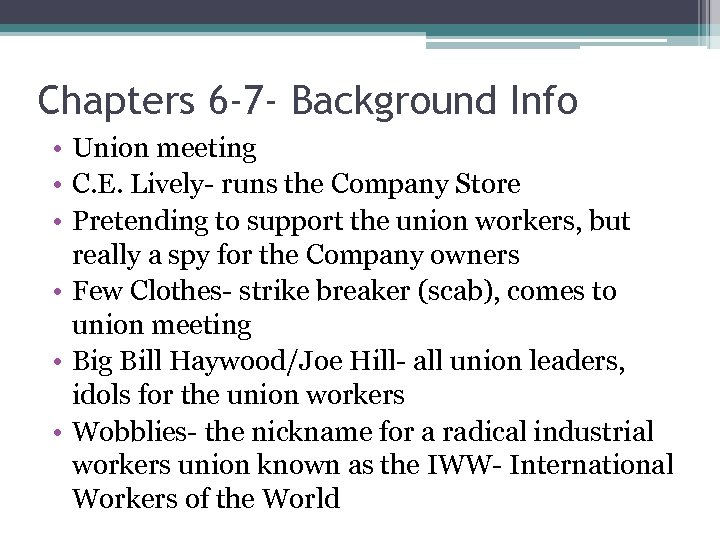 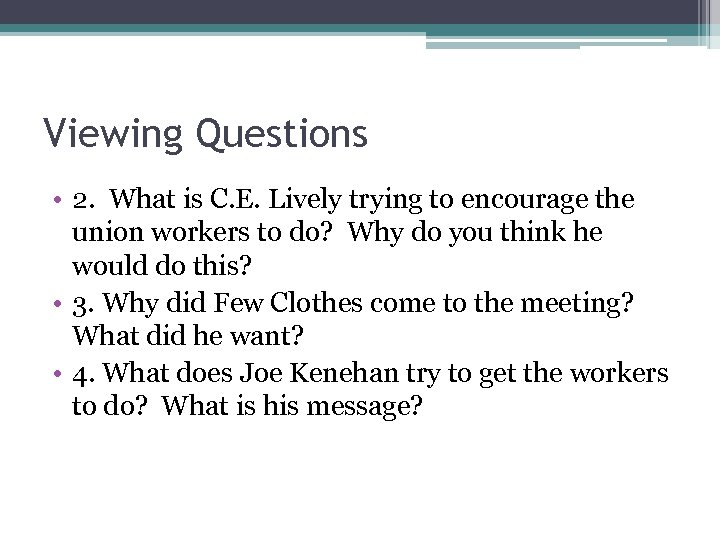 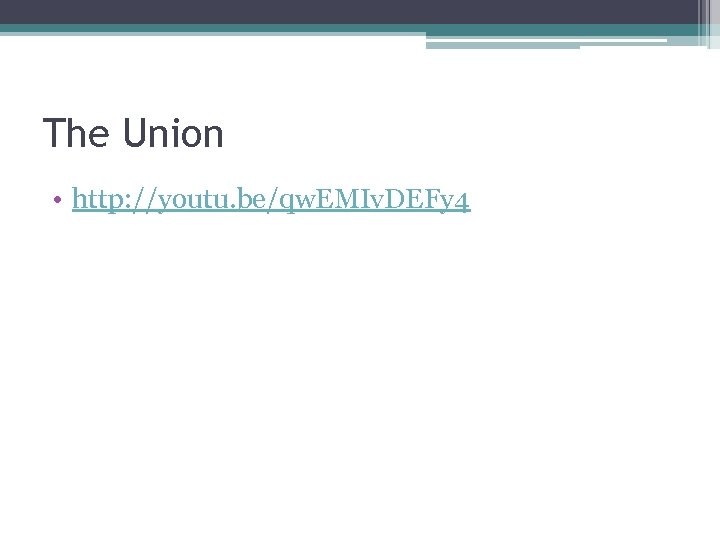 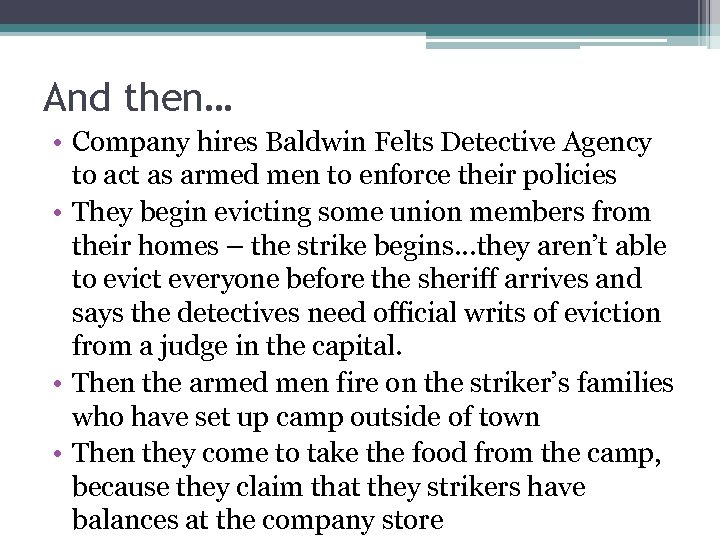 • It was 1920 in the southwest West Virginia coal fields, and, as the narrator recalls, "things were tough. " In response to efforts by miners to organize into a labor union, the Stone Mountain Coal Company announces it will cut the pay miners receive, and will be importing replacement workers into town to replace those who join the union. The new workers are African Americans from Alabama and are coming in on the train, but the train is stopped outside town and the black men are told to get off. Derided as "scabs", they are then attacked by the local miners, but manage to get back on the train and continue their journey. • Witnessing the attack is Joe Kenehan, a passenger on the train and an organizer for the United Mine Workers. He arrives in Matewan and takes up residence at a boarding house run by a coal miner's widow, Elma Radnor, and her 15 -year-old son, Danny, who is also a miner and a budding Baptist preacher. • Question 1: Pay attention to the particular conversation between the African American miners as they learn about the Company’s payment policies. What do they already “owe” their employer for before they even start to work? Also, what concerns does “Few Clothes” (James Earl Jones) bring up about these policies?

Payment • Many company-town workers paid in scrip ▫ To buy goods in company stores • Use of credit ▫ Goods were expensive – workers bought on credit ▫ High interest rates charged ▫ When workers were paid, usually owed most of paycheck • After charges, paychecks often totaled $. 02 ($. 40 today)

Viewing Questions • 2. What is C. E. Lively trying to encourage the union workers to do? Why do you think he would do this? • 3. Why did Few Clothes come to the meeting? What did he want? • 4. What does Joe Kenehan try to get the workers to do? What is his message?

And then… • Company hires Baldwin Felts Detective Agency to act as armed men to enforce their policies • They begin evicting some union members from their homes – the strike begins…they aren’t able to evict everyone before the sheriff arrives and says the detectives need official writs of eviction from a judge in the capital. • Then the armed men fire on the striker’s families who have set up camp outside of town • Then they come to take the food from the camp, because they claim that they strikers have balances at the company store

• Finally, more armed men from the Baldwin Felts Detective Agency arrive, with formal writs of eviction • Violence breaks out between the detectives and the strikers (detectives fire first)- several strikers and a few detectives are killed. • The sheriff, who supported the strikers is gunned down several days later • The strike is over, some of the leaders of the strike are charged with manslaughter and imprisoned, the struggle to unionize goes on.