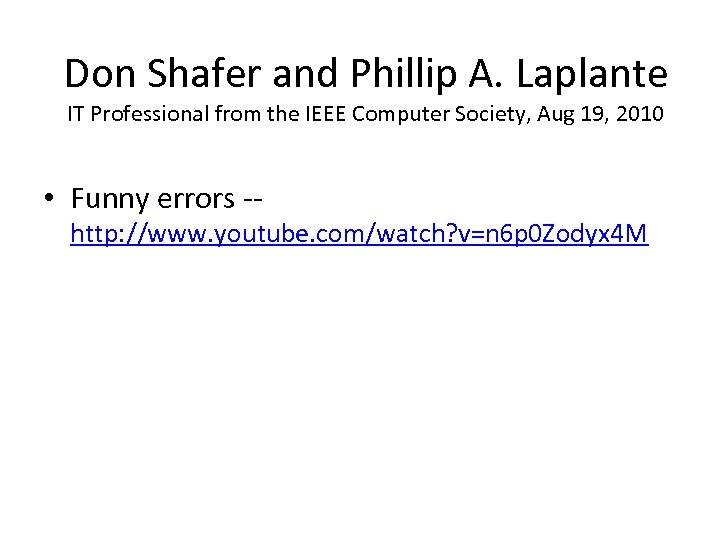 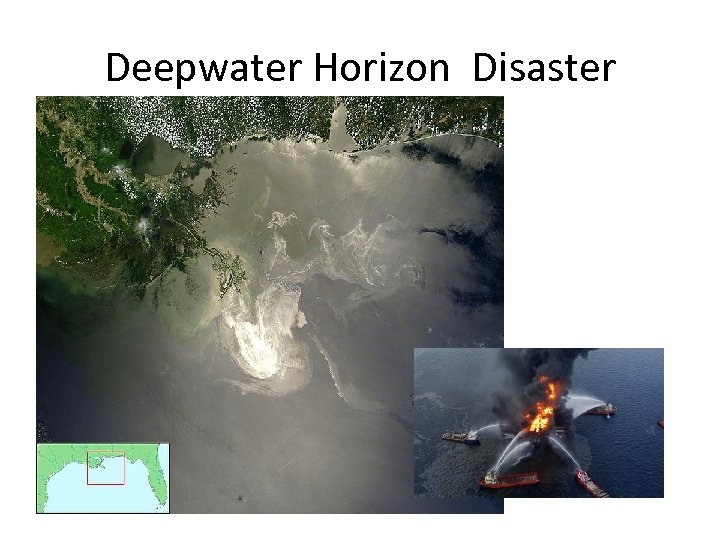 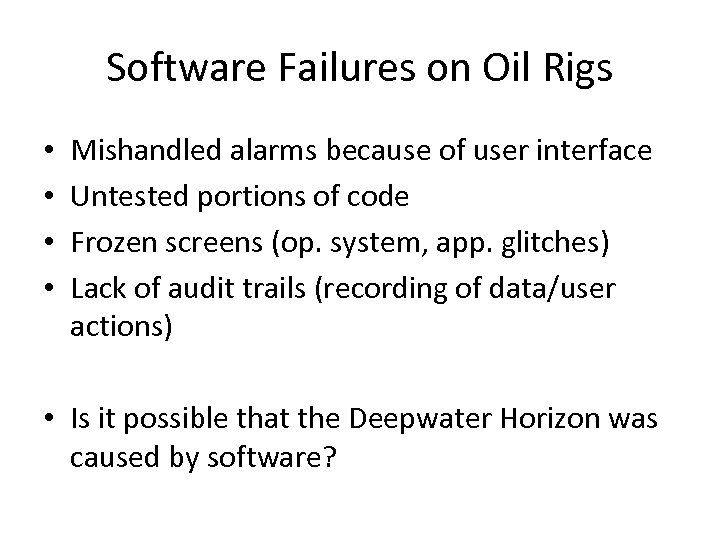 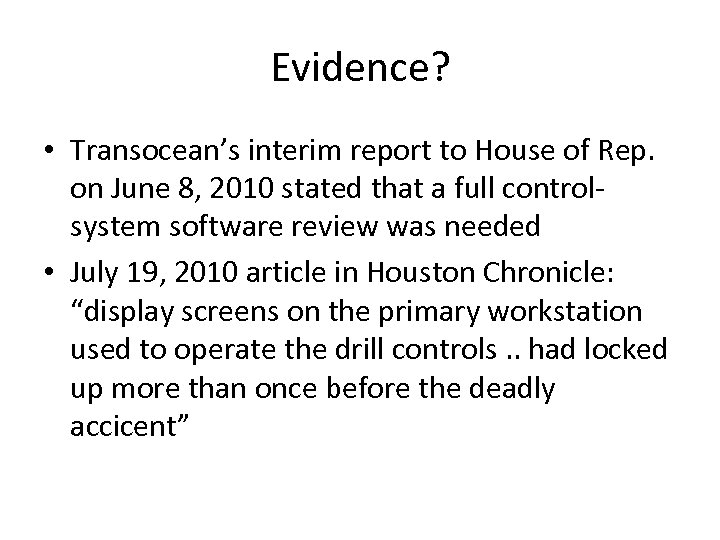 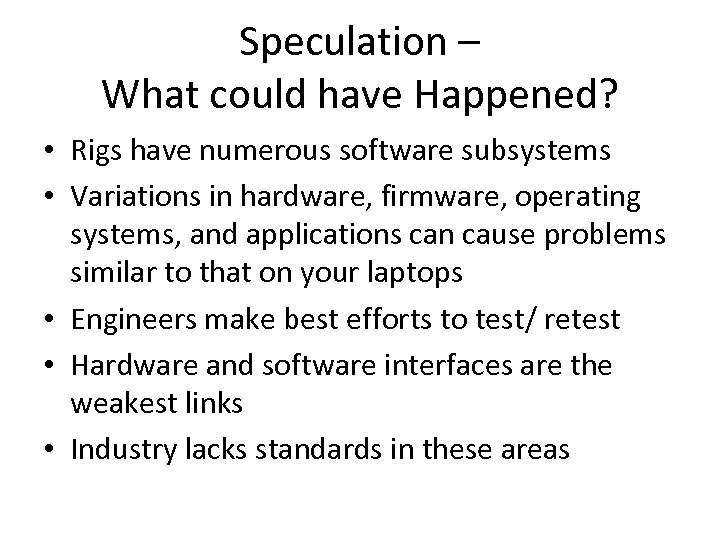 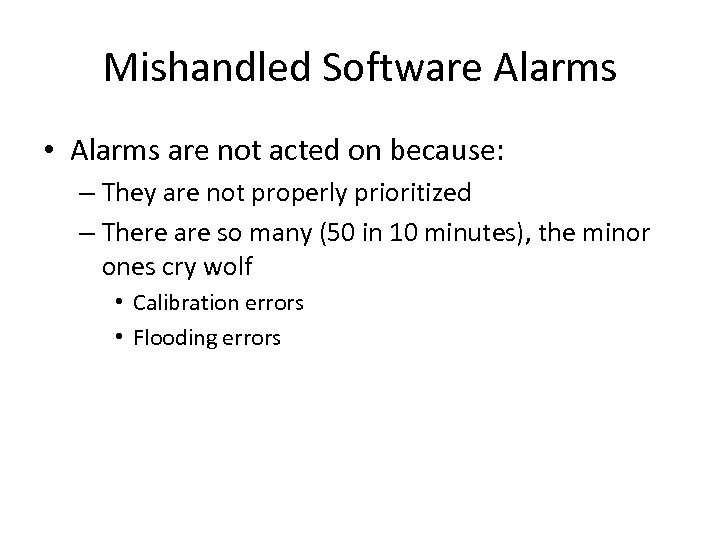 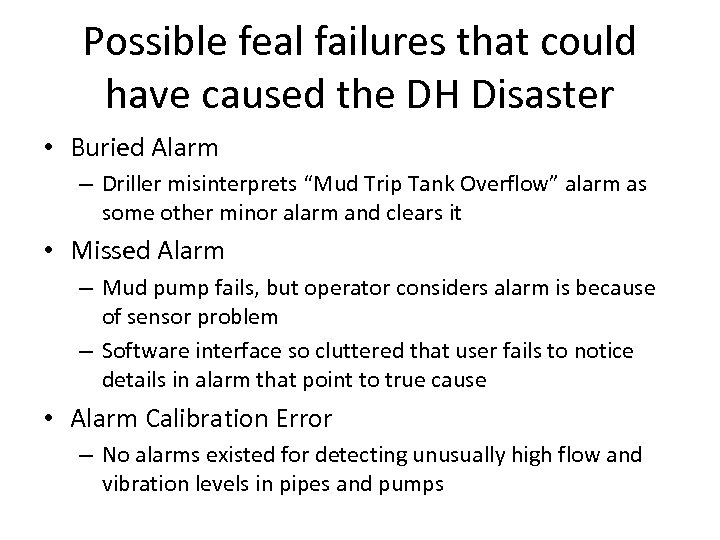 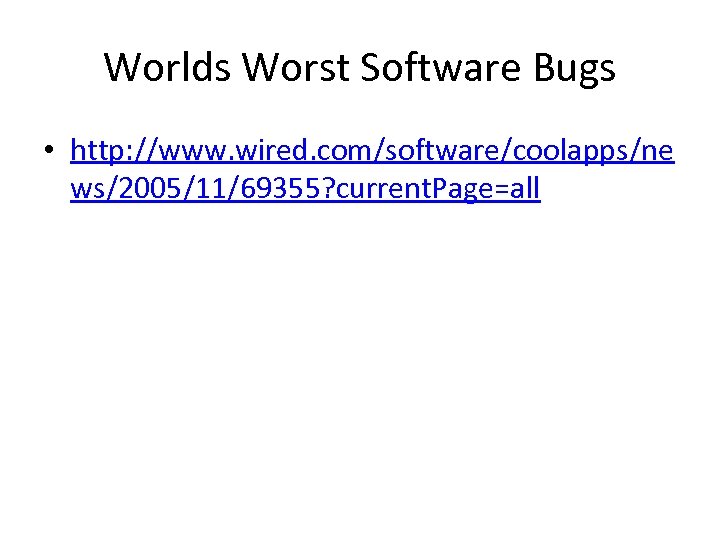 COMP 2903 A 27 – The BP Oils Spill: Could Software be a Culprit? Danny Silver JSOCS, Acadia University

Software Failures on Oil Rigs • • Mishandled alarms because of user interface Untested portions of code Frozen screens (op. system, app. glitches) Lack of audit trails (recording of data/user actions) • Is it possible that the Deepwater Horizon was caused by software?

Evidence? • Transocean’s interim report to House of Rep. on June 8, 2010 stated that a full controlsystem software review was needed • July 19, 2010 article in Houston Chronicle: “display screens on the primary workstation used to operate the drill controls. . had locked up more than once before the deadly accicent”

Speculation – What could have Happened? • Rigs have numerous software subsystems • Variations in hardware, firmware, operating systems, and applications can cause problems similar to that on your laptops • Engineers make best efforts to test/ retest • Hardware and software interfaces are the weakest links • Industry lacks standards in these areas

Mishandled Software Alarms • Alarms are not acted on because: – They are not properly prioritized – There are so many (50 in 10 minutes), the minor ones cry wolf • Calibration errors • Flooding errors

Possible feal failures that could have caused the DH Disaster • Buried Alarm – Driller misinterprets “Mud Trip Tank Overflow” alarm as some other minor alarm and clears it • Missed Alarm – Mud pump fails, but operator considers alarm is because of sensor problem – Software interface so cluttered that user fails to notice details in alarm that point to true cause • Alarm Calibration Error – No alarms existed for detecting unusually high flow and vibration levels in pipes and pumps