CMS 1 Goal of the experiment CMS is 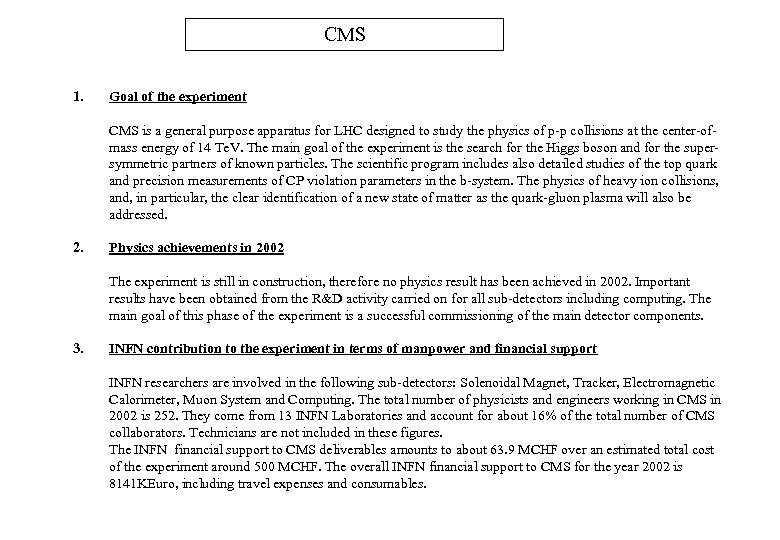 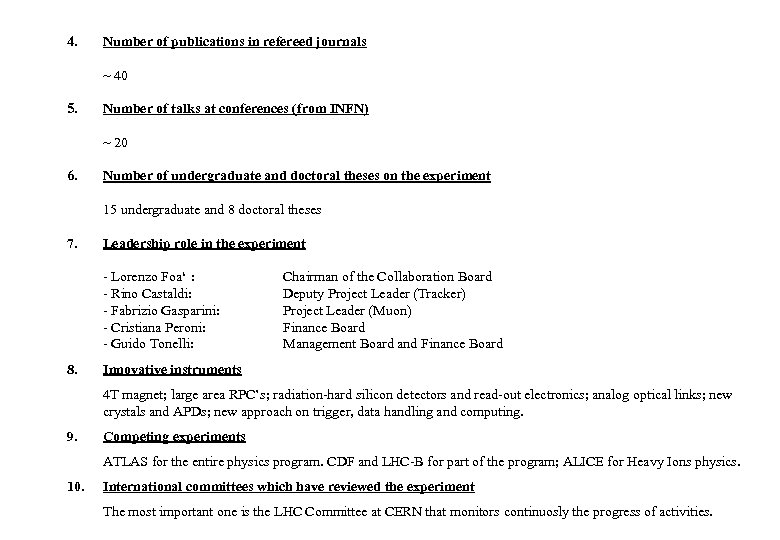 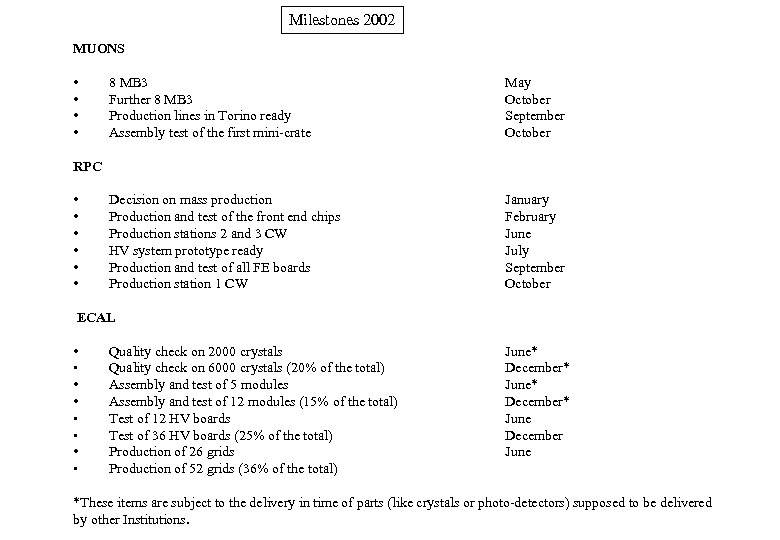 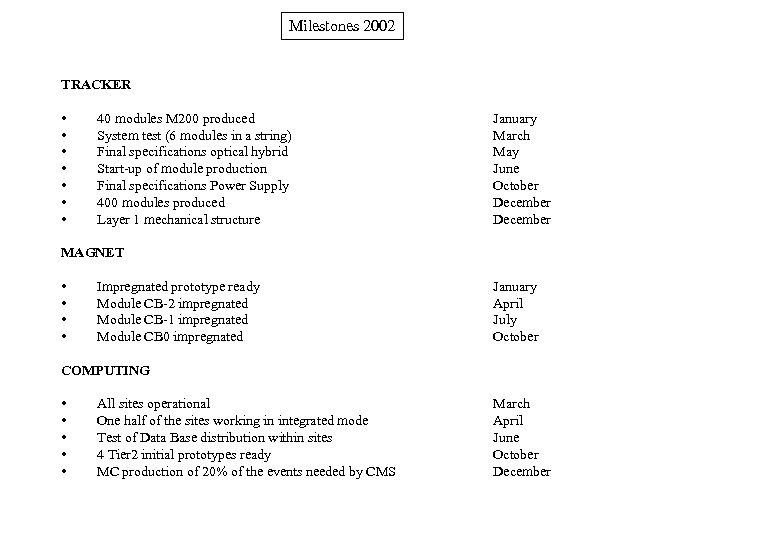 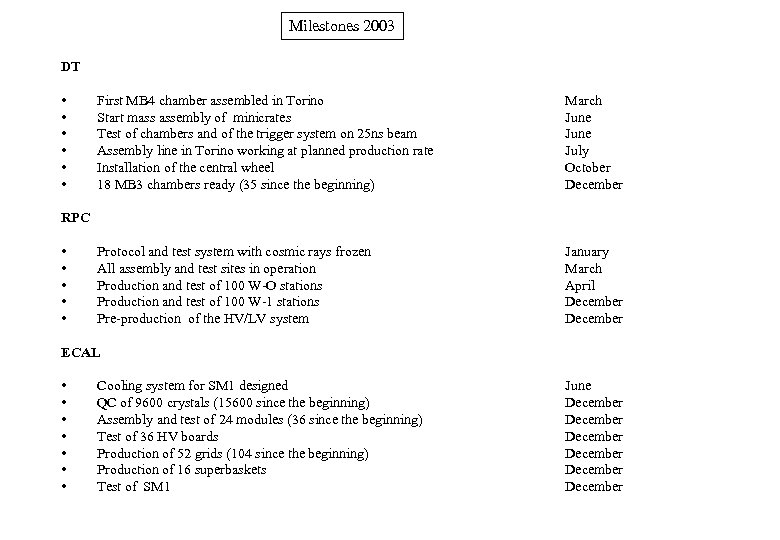 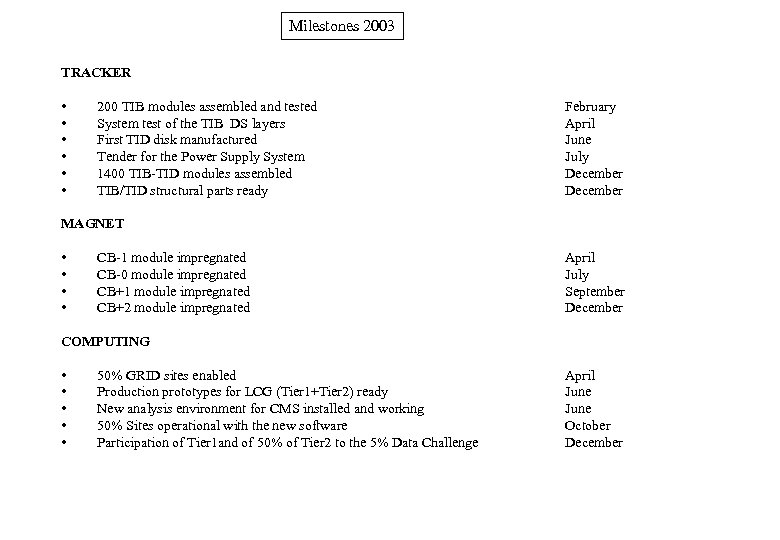 Скачать презентацию CMS 1 Goal of the experiment CMS is

CMS 1. Goal of the experiment CMS is a general purpose apparatus for LHC designed to study the physics of p-p collisions at the center-ofmass energy of 14 Te. V. The main goal of the experiment is the search for the Higgs boson and for the supersymmetric partners of known particles. The scientific program includes also detailed studies of the top quark and precision measurements of CP violation parameters in the b-system. The physics of heavy ion collisions, and, in particular, the clear identification of a new state of matter as the quark-gluon plasma will also be addressed. 2. Physics achievements in 2002 The experiment is still in construction, therefore no physics result has been achieved in 2002. Important results have been obtained from the R&D activity carried on for all sub-detectors including computing. The main goal of this phase of the experiment is a successful commissioning of the main detector components. 3. INFN contribution to the experiment in terms of manpower and financial support INFN researchers are involved in the following sub-detectors: Solenoidal Magnet, Tracker, Electromagnetic Calorimeter, Muon System and Computing. The total number of physicists and engineers working in CMS in 2002 is 252. They come from 13 INFN Laboratories and account for about 16% of the total number of CMS collaborators. Technicians are not included in these figures. The INFN financial support to CMS deliverables amounts to about 63. 9 MCHF over an estimated total cost of the experiment around 500 MCHF. The overall INFN financial support to CMS for the year 2002 is 8141 KEuro, including travel expenses and consumables.

4. Number of publications in refereed journals ~ 40 5. Number of talks at conferences (from INFN) ~ 20 6. Number of undergraduate and doctoral theses on the experiment 15 undergraduate and 8 doctoral theses 7. Leadership role in the experiment - Lorenzo Foa‘ : - Rino Castaldi: - Fabrizio Gasparini: - Cristiana Peroni: - Guido Tonelli: 8. Chairman of the Collaboration Board Deputy Project Leader (Tracker) Project Leader (Muon) Finance Board Management Board and Finance Board Innovative instruments 4 T magnet; large area RPC’s; radiation-hard silicon detectors and read-out electronics; analog optical links; new crystals and APDs; new approach on trigger, data handling and computing. 9. Competing experiments ATLAS for the entire physics program. CDF and LHC-B for part of the program; ALICE for Heavy Ions physics. 10. International committees which have reviewed the experiment The most important one is the LHC Committee at CERN that monitors continuosly the progress of activities.

HUMAN RESOURCE MANAGEMENT “ Motivation is the

Making the most of reading texts Ceri Jones