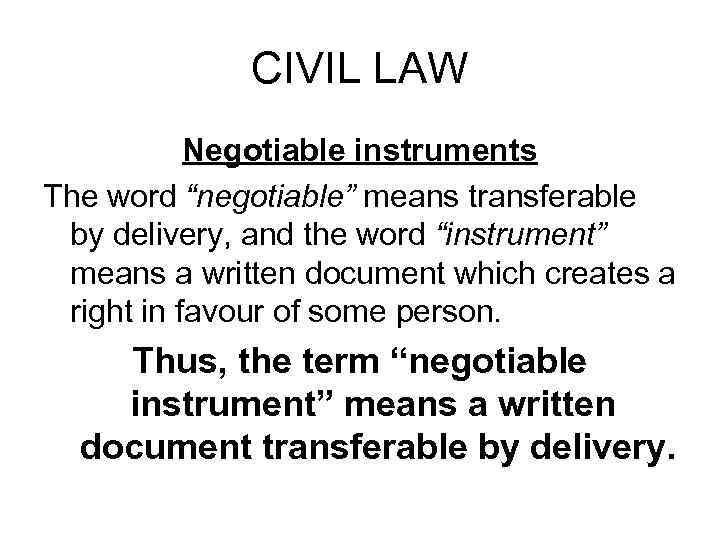 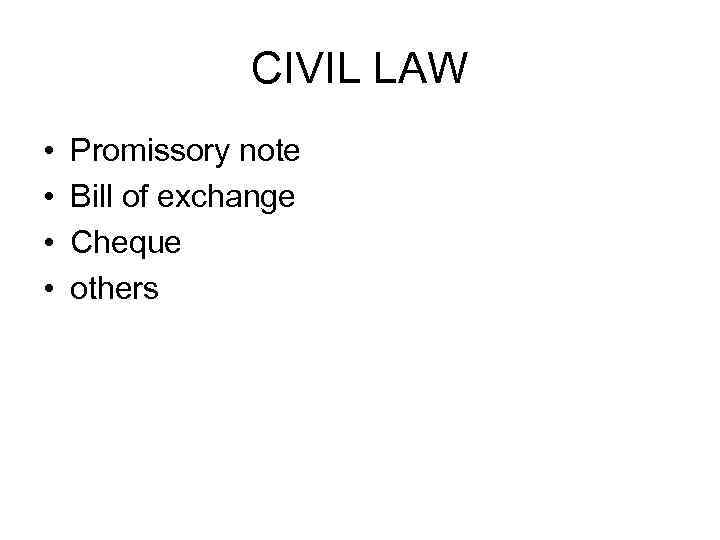 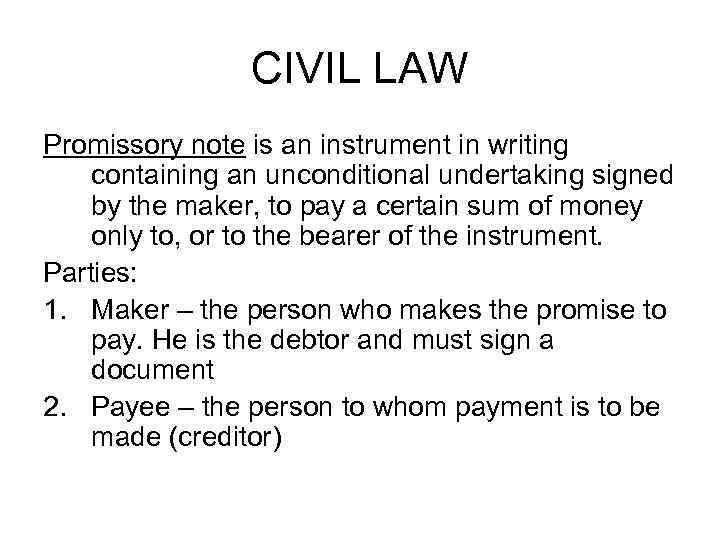 CIVIL LAW Characteristics of a negotiable instrument: 1. Easy transferability. They are transferable from one person to another 2. Transferee can sue in his own name. A note, bill of exchange or a cheque gives the right to the creditor to recover something from debtor. The creditor can recover this amount himself or can transfer this right to another person. When he transfers his right, the transferee of the negotiable instrument can sue the debtro in his own name in case of his dishonour, without giving notice to the debtor of the fact that he has become holder.

CIVIL LAW 3. Better title to a bona fide transferee for value. A bona fide transferee of a negotiable instrument for value (called holder in due course) gets the instrument free from all defects. He is not affected by any defect of title of the transferor or any prior party. Thus, the general concept of law that in case of transfer of property nobody can transfer a better title than that of his own does not apply to negotiable instruments.

CIVIL LAW Promissory note is an instrument in writing containing an unconditional undertaking signed by the maker, to pay a certain sum of money only to, or to the bearer of the instrument. Parties: 1. Maker – the person who makes the promise to pay. He is the debtor and must sign a document 2. Payee – the person to whom payment is to be made (creditor)