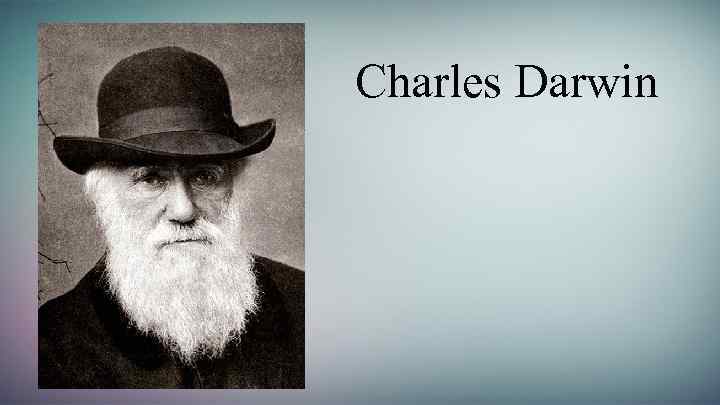 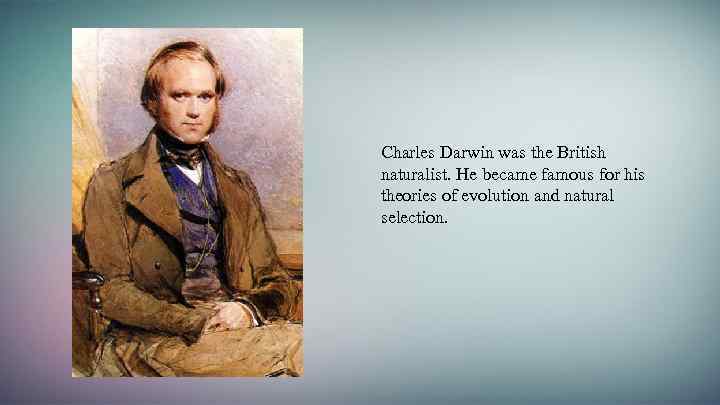 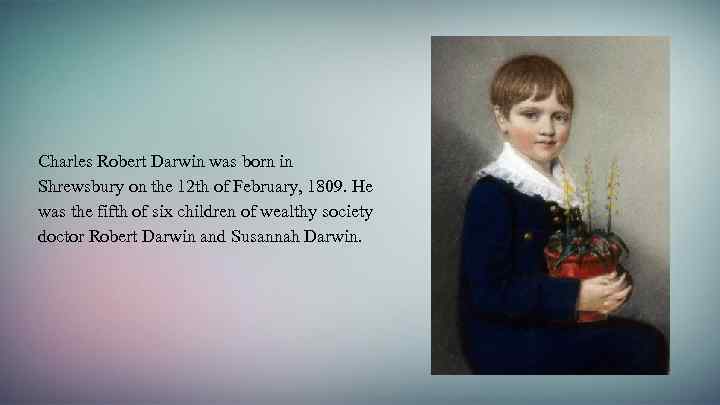 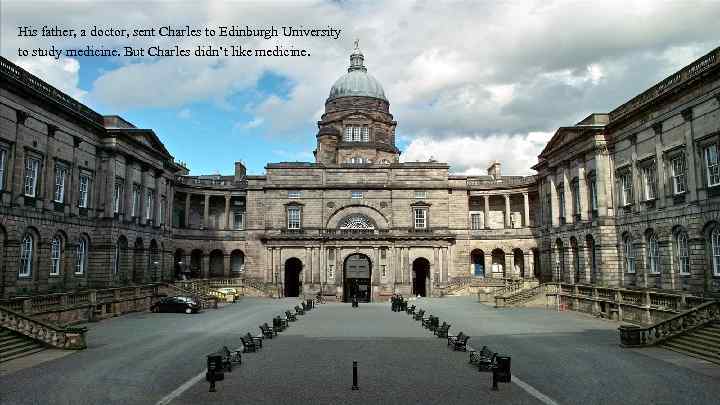 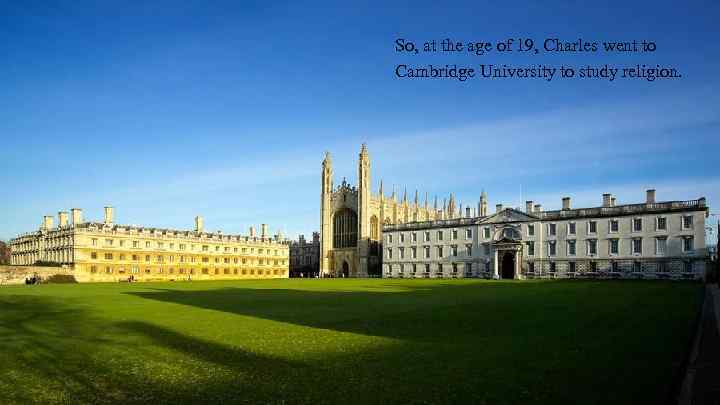 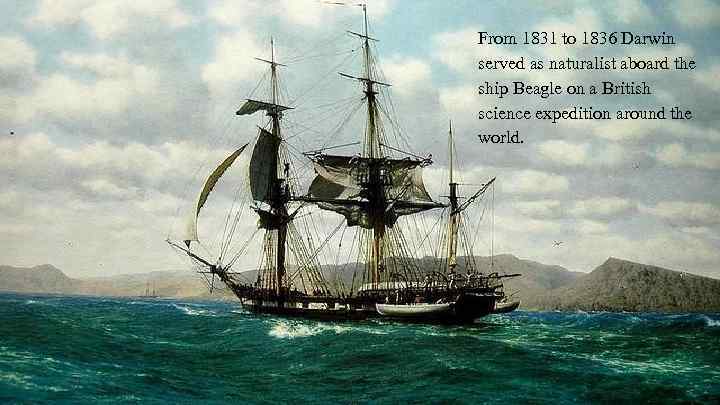 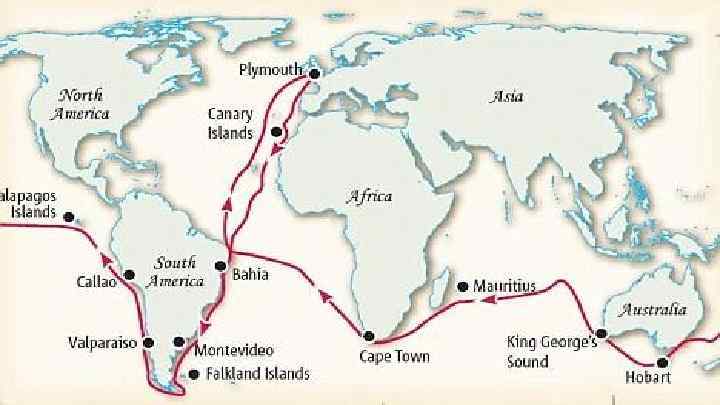 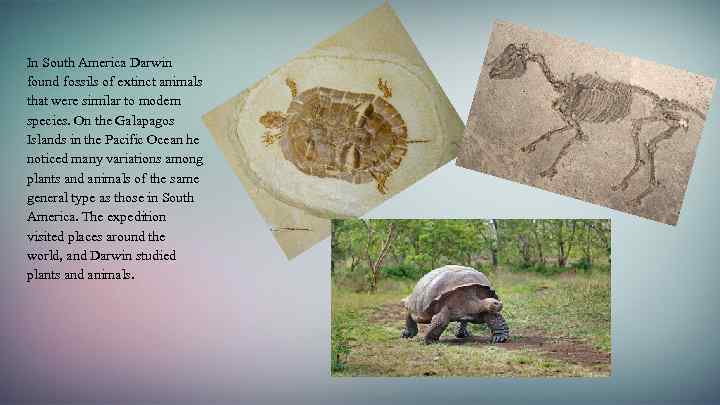 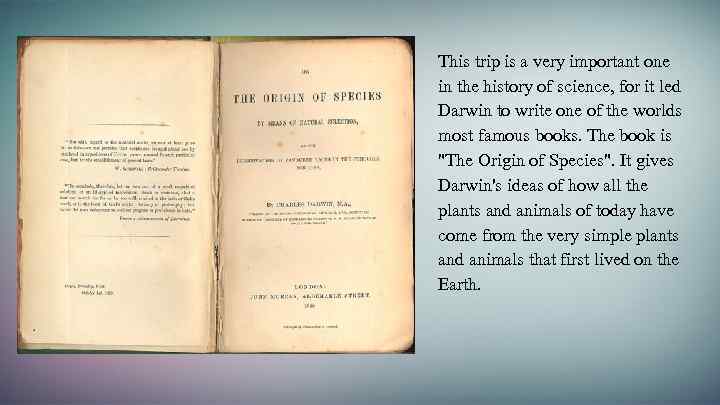 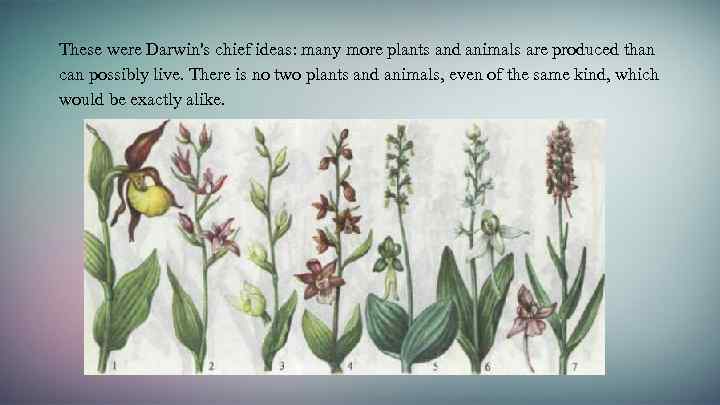 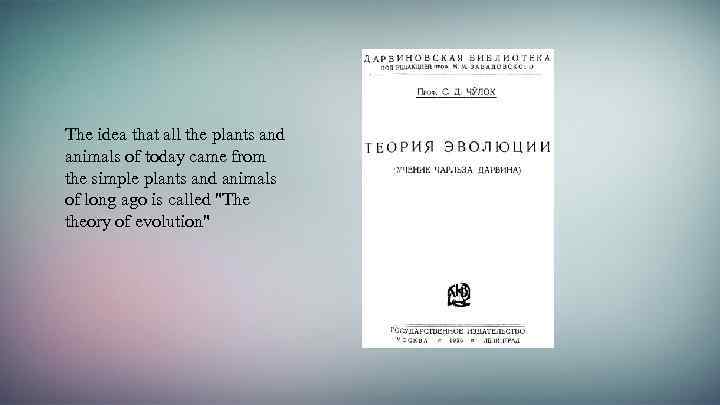 Charles Darwin was the British naturalist. He became famous for his theories of evolution and natural selection.

Charles Robert Darwin was born in Shrewsbury on the 12 th of February, 1809. He was the fifth of six children of wealthy society doctor Robert Darwin and Susannah Darwin.

His father, a doctor, sent Charles to Edinburgh University to study medicine. But Charles didn’t like medicine.

So, at the age of 19, Charles went to Cambridge University to study religion.

From 1831 to 1836 Darwin served as naturalist aboard the ship Beagle on a British science expedition around the world.

In South America Darwin found fossils of extinct animals that were similar to modern species. On the Galapagos Islands in the Pacific Ocean he noticed many variations among plants and animals of the same general type as those in South America. The expedition visited places around the world, and Darwin studied plants and animals.

This trip is a very important one in the history of science, for it led Darwin to write one of the worlds most famous books. The book is "The Origin of Species". It gives Darwin's ideas of how all the plants and animals of today have come from the very simple plants and animals that first lived on the Earth.